12 People Who Made Really Embarrassing Predictions About Technology

Technology advances so fast that it’s nearly impossible to determine with certainty what will happen next. In fact, technology is such a fickle beast that even some of the smartest business moguls and technologists in the world can’t figure out what the future holds. Here are some influential people and businesses who definitely regret making their own predictions about technology, because they were really off base. 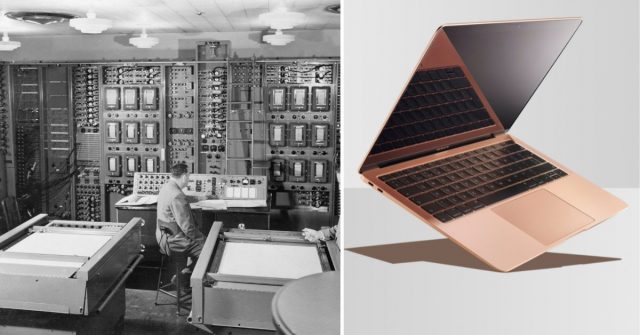 1. William Orton and the Telephone

In 1876,  Alexander Graham Bell attempted to sell his new invention, the telephone, to the Western Union. Rather than jumping on the opportunity, Western Union president William Orton completely dismissed the idea. In fact, an internal memo was written about the telephone which reportedly stated “the idea is as idiotic on the face of it. Furthermore, why would any person want to use this ungainly and impractical device when he can send a messenger to the telegraph office and have a clear written message sent to any large city in the United States?” 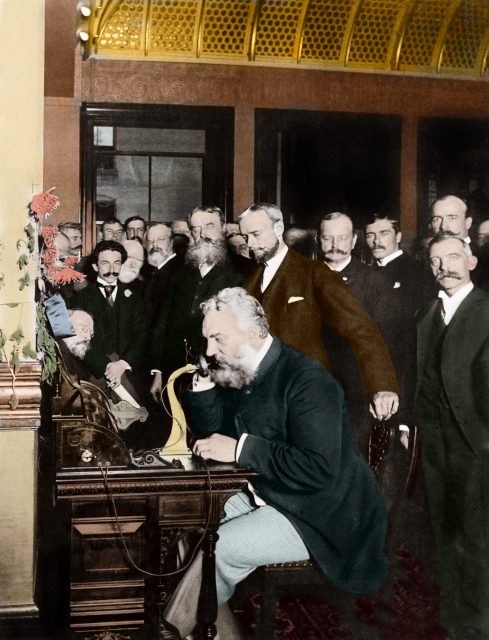 2. The Michigan Savings Bank and the Car

In 1903, The Michigan Savings Bank famously advised Henry Ford’s lawyer Horace Rackham not to invest in the Ford Motor Company. Apparently, they insisted that “the horse is here to stay but the automobile is only a novelty – a fad.”

Luckily for Rackham, he ignored the bank’s advice and invested an initial $5000 in Ford stock. He eventually sold his stock holdings for $12.5 million. 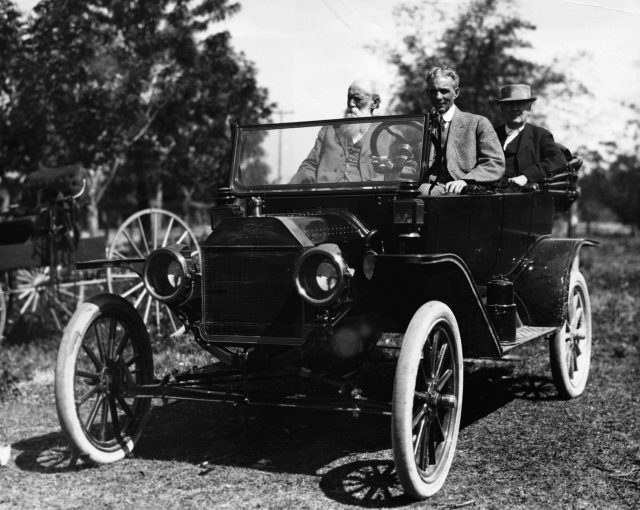 Henry Ford (founder of Ford Motors) rides in a Model T with John Burroughs and Thomas Edison in the back seat. (Photo Credit: Bettmann/ Getty Images)

The programmable computer was first conceived in the 1830s but wasn’t built until the 1930s. Early computers were huge, isolated machines that needed an entire room devoted to properly running the mammoth systems.

In 1943, the chairman of IBM Thomas Watson predicted that there was a “world market for maybe five computers.” In all fairness to Mr. Watson, he never could have predicted that far more powerful computers would soon fit in the palm of our hands. 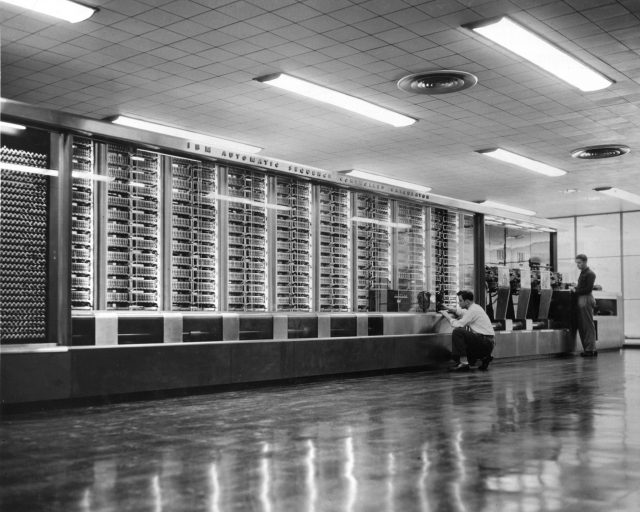 In the 1940s, movies were the craze all over the world. When Twentieth Century Fox executive Darryl Zanuck was asked about the possibility of television in 1946, he reportedly stated that “television won’t be able to hold on to any market it captures after the first six months. People will soon get tired of staring at a plywood box every night.”

Perhaps this quote from Zanuck is biased because he was a movie mogul and television was in direct competition with his craft. Regardless of the motive behind the quote, looking back it’s clear that Zanuck’s prediction could not have been more off base. 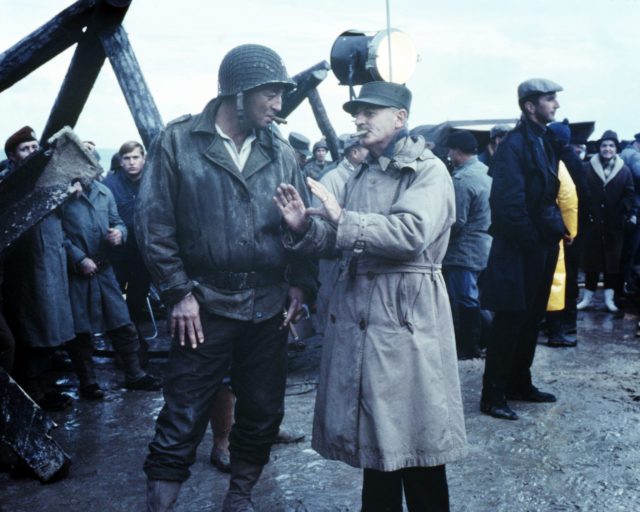 In 1961, Federal Communications Commission (FCC) commissioner T.A.M. Craven predicted that “there is practically no chance communications space satellites will be used to provide better telephone, telegraph, television or radio service inside the United States.”

Fast ford to 2021 and Starlink is about to launch a global high-speed internet option, GPS has been getting us from point A to point B for decades, and Sirius XM, Dish Network, and others have proven all of Craven’s predictions to be completely false. 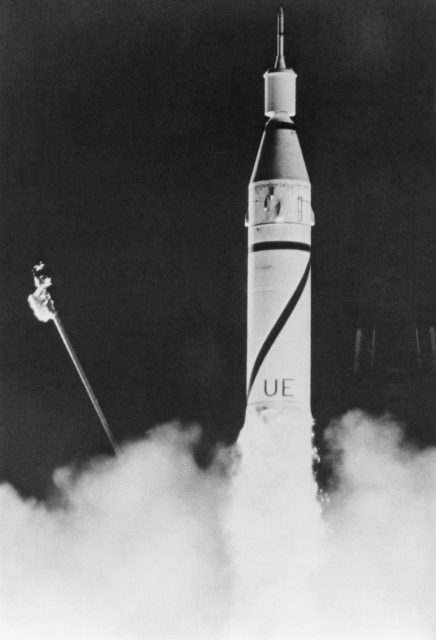 The United State’s first satellite, Explorer 1, being launched into orbit in 1958 by a Juno 1 rocket. (Photo Credit: Bettmann/ Getty Images)

In 1977, Ken Olsen who was a prominent computer industry pioneer claimed that there was “no reason for any individual to have a computer in their home.” Olsen went on to be the founder of the Digital Equipment Corporation (DEC) which built minicomputers. The company was perfectly positioned to create computers for the home, but the company delayed a move into home computing. DEC was eventually surpassed by the IBM PC architecture that would become dominant in the PC market. 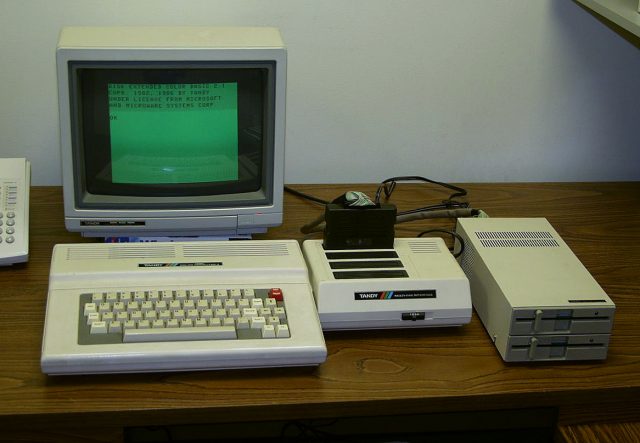 Marty (Martin) Cooper is widely regarded as the inventor of mobile phones, however, he was his harshest critic. In 1981 he was quoted saying “cell phones will absolutely not replace local wire systems. Even if you project it beyond our lifetimes, it won’t be cheap enough.”

Boy was Marty wrong. Today, on a planet of 7 billion people, there is an estimated 5 billion cell phones in circulation. 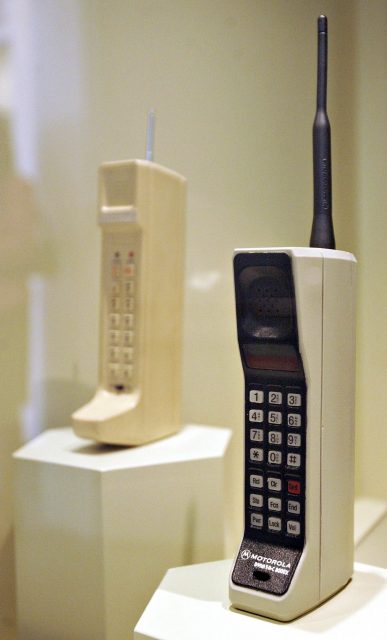 8. Robert Metcalfe and the Internet

In 1995, ethernet inventor and founder of 3Com Corporation Robert Metcalfe made a bold prediction, stating that the newly developed internet will “soon go spectacularly supernova and in 1996 will collapse.” Obviously, this prediction never happened, as virtually every place on the planet is now decked out with wireless internet.

Early in 1996, Time Magazine claimed that Apple, at this time a company that was just developing, was a “chaotic mess without a strategic vision and certainly no future.”

Time Magazine wasn’t the only company to not believe in Apple in the 90s. Also quoted in 1996, a Forrester Research analyst quoted in the New York Times said, “whether they stand alone or are acquired, Apple as we know it is cooked. It’s so classic. It’s so sad.” 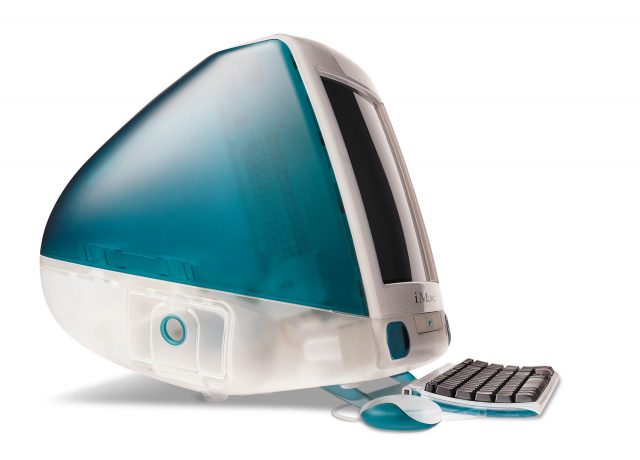 Apple version of a personal computer, the “iMac,” circa 1998. (Photo Credit: Getty Images)

Microsoft inventor Bill Gates has done some impressive things in his lifetime, but sadly making spam mail obsolete is not one of them. In 2004, Bill Gates vowed to make “spam obsolete in two years.” Sadly, the year 2006 has long since passed us by and we are still stuck with spam mail. Even after Microsoft evolved from Hotmail to Outlook, the spam emails kept on coming. 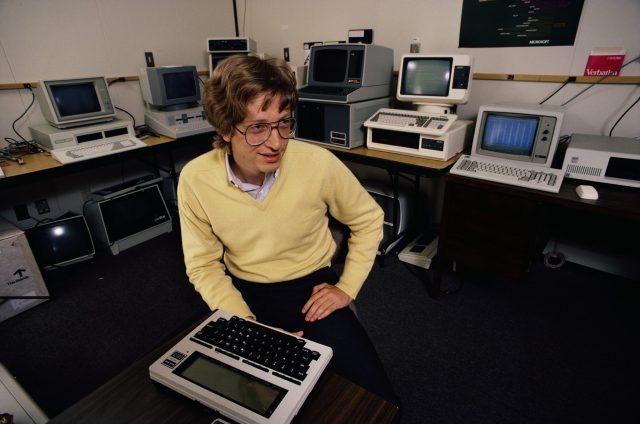 In 2006, New York Times journalist David Pogue didn’t believe that Apple would ever have a cellphone on the market. He was quoted saying “everyone’s always asking me when Apple will come out with a cellphone. My answer is probably never.” 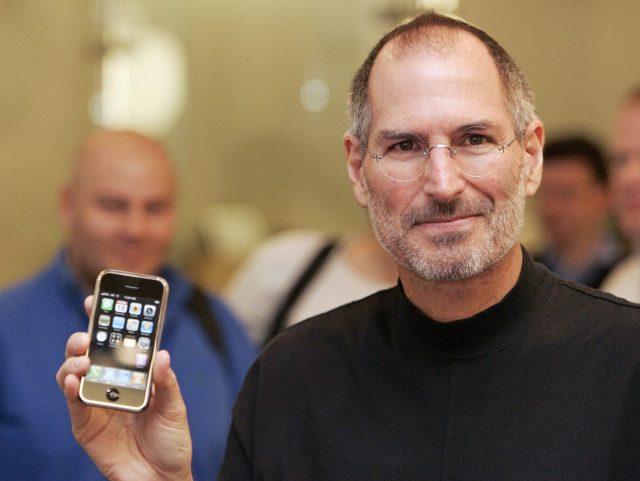 12. Steve Ballmer and the iPhone

David Pogue’s prediction was quickly disproved when Apple unveiled their iPhone in June 2007. However, many people were skeptical of this new cell phone, including the chief executive of Microsoft, Steve Ballmer. In 2007, he said in an interview with USA Today “there is no chance that the iPhone is going to get any significant market share.”

Years later, the Microsoft mobile OS had disappeared and Apple has remained the dominant force in the global smartphone market.