Personnel with the Sichuan Provincial Cultural Relics and Archaeology Research Institute in China have announced the discovery of 1,771 relics from its excavation site at the Sanxingdui Ruins. The finds, which came from the No. 3 and No. 4 pits, include a bronze mask and statues, ivory carvings, and a unique gold mask. 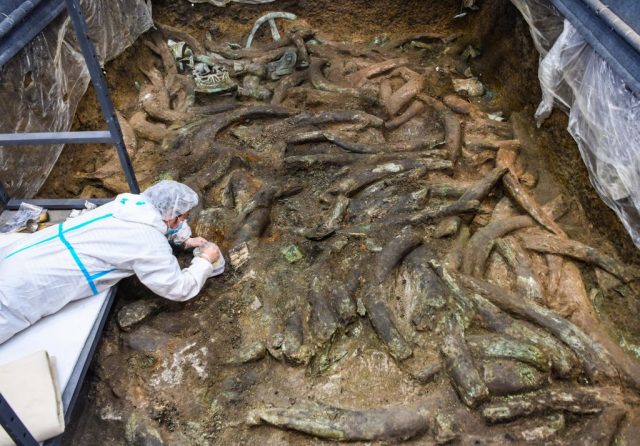 News of the discoveries was announced on September 9, 2021. The gold mask was uncovered this past June and took a week to restore to its former glory. It is relatively intact, at 37.2 centimeters wide by 16.5 centimeters high and weighs in at about 100 grams. According to experts, it likely depicts an ancient Chinese deity, and was likely part of a bronze statue also unearthed.

“We speculate that this golden mask was a part of the face of the bronze head, instead of a separate object,” Ran Hongling, head of the Sanxingdui Institute of Archaeology, told the Global Times. 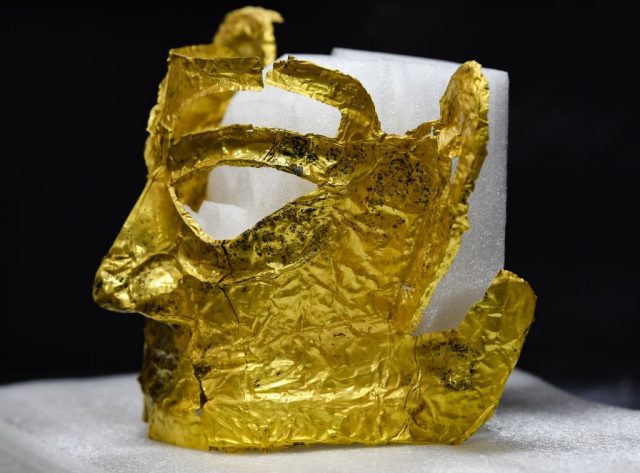 Along with the gold mask, 314 bronze statues and 147 elephant tusks were discovered. Among the most unique findings are a bronze statue of a man carrying a ceremonial vessel known as a “zun” and a large bronze mask, the largest discovered at the site. Both were located within the third pit.

The No. 4 pit revealed three bronze statues, with their palms together and their heads twisted toward the right, while the No. 8 pit revealed 200 ivory relics that are scheduled to be excavated this coming October. The statues are unique in terms of their decorative patterns and shapes, offering a better glimpse into the art, religious beliefs, cultural exchanges, and the social system of the ancient Shu people. 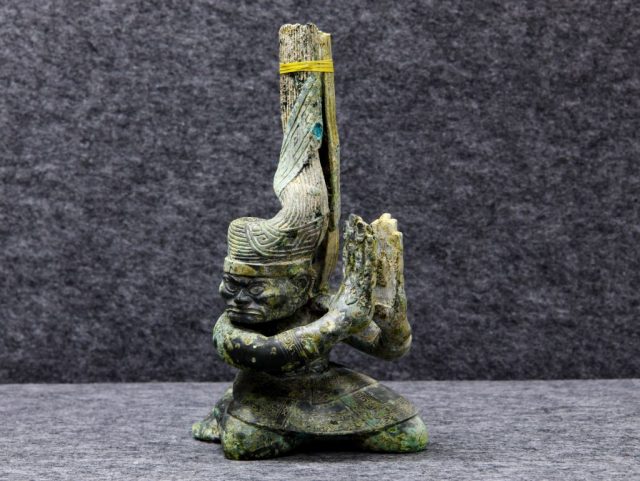 The Kingdom of Shu was one of three that ruled in the region now known as Sichuan, and is a civilization estimated to date back some 5,000 years. The site at Sanxingdui is thought to sit at what would have been the heart of the Shu state. Findings have suggested the kingdom evolved independently of other societies within the Yellow River Valley, which is considered to have been the cradle of Chinese civilization. 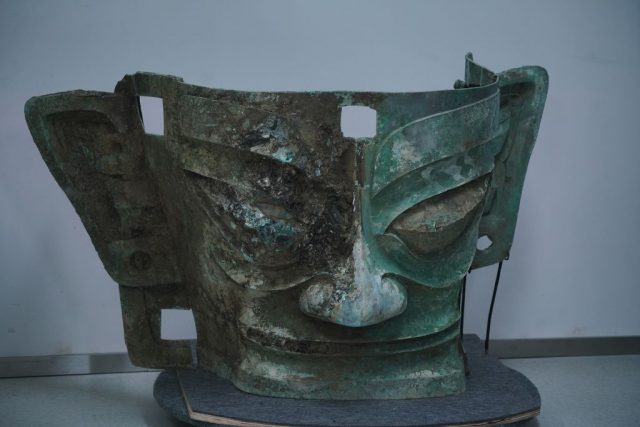 The Sanxingdui Ruins site covers a 12-square-kilometer area, 40 kilometers north of Chengdu, the capital of Sichuan. It was discovered by a villager repairing a sewage ditch in 1929 and was found to contain jade and stone artifacts.

While many archaeologists conducted excavations at the location, it wasn’t until the 1980s that a real breakthrough was made, when two large sacrificial pits – now known as the No. 1 and No. 2 pits – were located, as well as the remains of large palaces and portions of the eastern, southern and western city walls. Within the pits were some 1,000 relics, including bronze masks.

Digging at the No. 3 pit began on January 9, 2021, and is expected to be completed within the next two months, while the excavation of the No. 4 pit was completed on August 9, 2021. Among the aforementioned discoveries were textile remnants, another gold mask, and a bronze vessel with owl-shaped patterning. 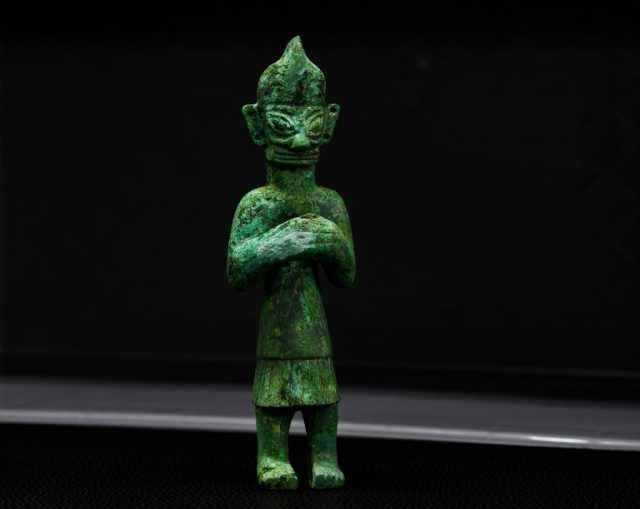 The Sanxingdui Ruins site was submitted to UNESCO‘s list of tentative world heritage sites in 2013, with the organization saying:

“The site of ancient Shu is an outstanding representative of the Bronze Civilization of the Yangtze River Valley of China. It was the result of the interaction and integration of multiple cultures, and possesses a remarkable significance in the civilization and history of East Asia and the world.” 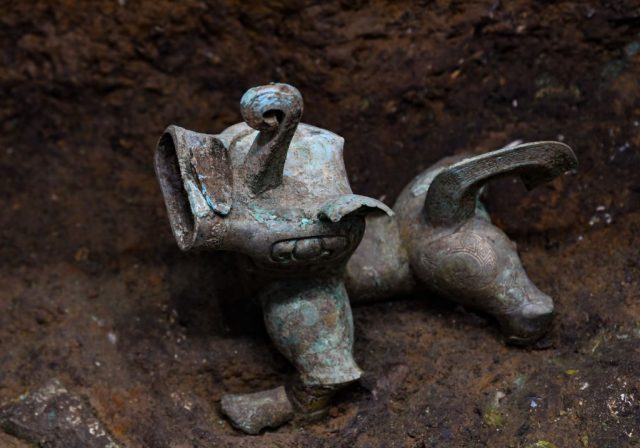 More from us: 200 New Warriors Found at Site of China’s Massive Terracotta Army

Many of the items found at Sanxingdui are now on display at an on-site museum.

« An Alleged Affair and Terrible Toilet Breaks: The Unseen Side Of ‘Butch Cassidy and the Sundance Kid’
The Strange, But Poorly Executed, Kidnapping Of Frank Sinatra Junior »