Unexpected Items That Have Been Buried With US Presidents

Presidents come and presidents go, with their inaugurations and their funerals highly publicized throughout the United States and the rest of the world. These former leaders were buried with some unique and unexpected items that might not immediately come to mind when we think of presidential funerals. 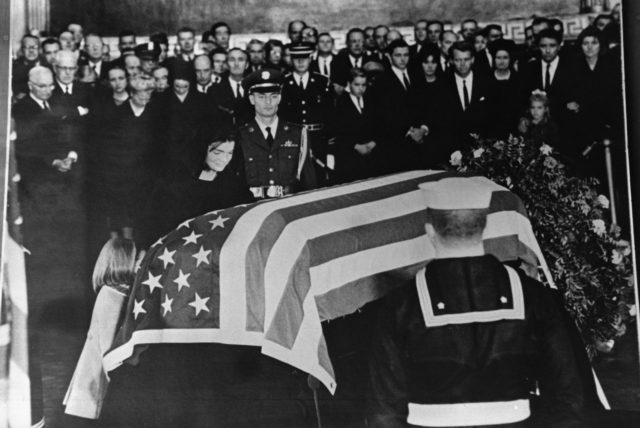 The assassination of JFK was a shock to the nation. The citizens of America mourned together as Kennedy’s funeral began on November 25, 1963.  As his death and funeral were so openly broadcast, the items that were buried in his casket were well-documented.

Joe Hagan, the mortician who worked on JFK’s body, said that the Catholic president was buried with a rosary along with three letters from family members. Wearing a PT-109 tie clip representing the small boat he was on that sank after an encounter with the Japanese enemy in 1943, as well as gold cuff links, JFK was buried in a mahogany casket.

His widow, Jackie Kennedy, was able to slip one last item into the casket before he was buried. She placed his favorite scrimshaw, which bore etchings of the presidential seal, in the casket with her husband. She had gifted him for Christmas the year before. 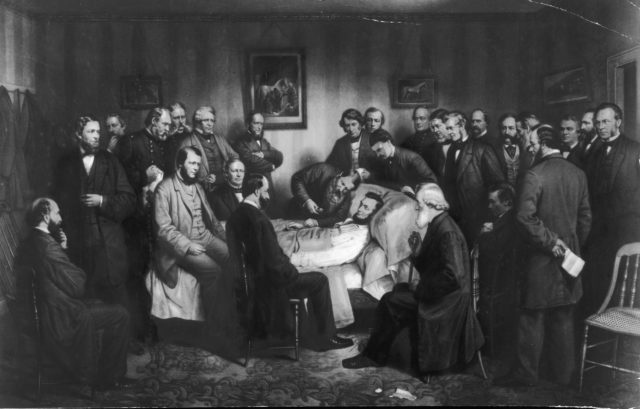 Painting of the death of President Lincoln showing his physician and other notaries, circa 1865. (Photo Credit: Fotosearch / Getty Images)

One of the most significant things Abraham Lincoln was buried with is actually the clothing he was buried in. The suit he wore carries much significance, as it was the same suit he had on when he was sworn in as president for the second time on March 4, 1865. He was assassinated shortly after the inauguration, just over a month later on April 15, 1865.

In addition to his notable attire at his funeral, Lincoln was also buried with items that have confused some historians. Captain Parker Snow, who pursued the lost Franklin Expedition in the Arctic, gave those in charge of the burial artifacts he believed had belonged to men lost in the expedition, like a page from a prayer book and bits of uniform. For unknown reasons, those in charge agreed to bury Lincoln with these relics. 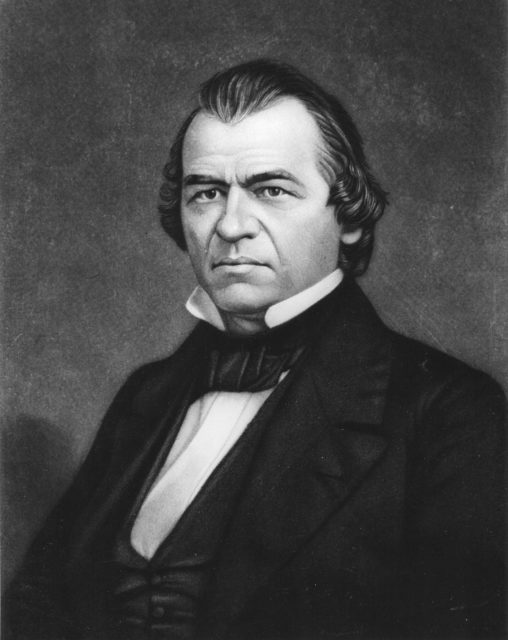 Andrew Johnson, who replaced Lincoln as president following his assassination, had an infamously disastrous term in the White House, but he certainly still loved his country. He apparently wanted to showcase this admiration and dedication in his funeral plans.

When the time for Johnson’s funeral came, he was literally wrapped in an American flag inside his coffin. He also requested that a copy of the US Constitution be used as his eternal pillow. 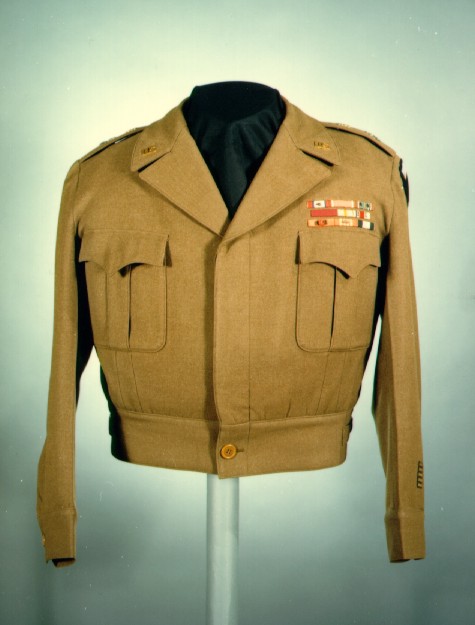 Former president Dwight D. Eisenhower was a military man first and a politician second. He made this abundantly clear through the stipulations he put on his burial before he died in 1969. Known as the Allied commander in Europe during the Second World War, he wanted to be buried in the same fashion as a common soldier.

Eisenhower was interred in the same outfit that he famously wore throughout WWII, known as the “Ike Jacket.” Along with this, he decided to be buried wearing only three of the many medals he earned in his career – the Army Distinguished Service Medal, the Navy Distinguished Service Medal, and the Legion of Merit. He also opted not to use the mahogany casket typical of presidential funerals and instead went with the standard coffin for soldier burials. 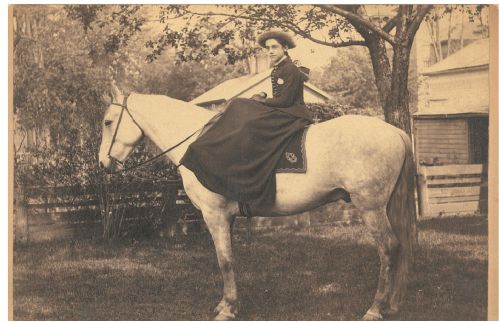 Although they weren’t put directly in the casket with him, Rutherford B. Hayes had an interesting request for the items that he would be buried with. Those “items” were actually animals – former pets of the former president and first lady. Close to his grave are the graves of his greyhound, Grim, and his carriage horse Old Ned.

Also near Hayes is the grave of his beloved horse Old Whitey. This was the horse that Hayes rode during his Civil War campaigns and that survived the war despite his bright white coloring making him an easy target for soldiers. 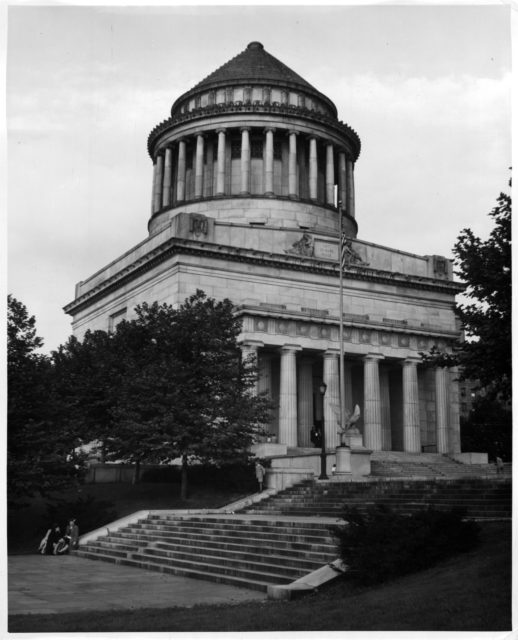 The one “thing” Ulysses S. Grant wanted to be buried with was his wife Julia. He didn’t want to spend the rest of eternity away from the woman he loved. Unfortunately, West Point, the original location Grant was to be buried, would not allow Julia to be buried there, as she did not fit the funeral requirements for the military academy.

West Point was not willing to bend the rules even for the president who was the undisputed victor of the Civil War. Instead, Grant had a mausoleum built in New York so he and Julia could be buried beside one another. Grant had to wait quite some time for his love to join him, however, as she outlived him by 17 years.