In 2009, when Hollywood icon Meryl Streep was turning 60, she told her husband (referring to her career) that she had had a good ride, but as an older actress in Hollywood, she probably would not be cast in any more roles except for the occasional “old lady.” Twelve years later, she has shown no indication of slowing down. Here we look at some facts that solidify Meryl Streep as a true queen. 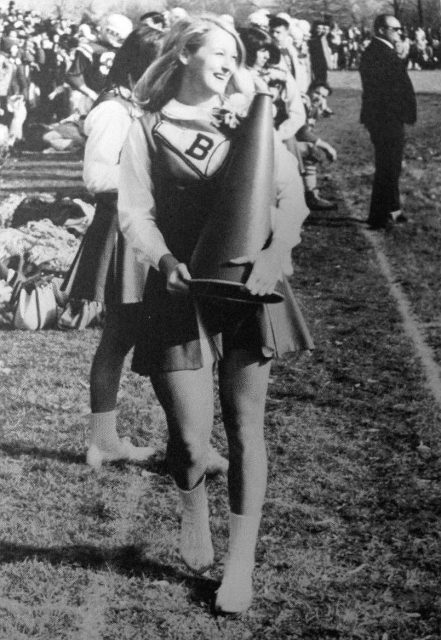 When Meryl Streep was in high school, she was a cheerleader and the homecoming queen.  (Photo Credit: Wikimedia Commons)

Believe it or not, Meryl Streep’s real name isn’t even Meryl. She was born Mary Louise Streep, named after her mother and grandmother whose first names were both Mary. Her middle name came from her mother’s best friend, Louise Buckman.

Her father was actually the one to give her the nickname Meryl, which was a combination of her first and middle name. Interestingly enough, Meryl Streep’s character in the television series Big Little Lies is also named Mary Louise.

2. She has applied a trademark to her name

Meryl Streep has filed an application with the United States Trademark Office to trademark her name officially. This trademark would give Meryl exclusive rights to the use of her name in the entertainment industry.

However, trademarking one’s name is not that uncommon in Hollywood, as celebrities often turn to the law to protect their names from any unauthorized commercial use. 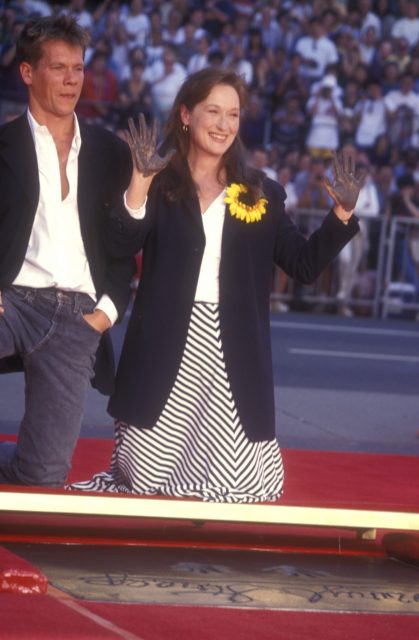 Meryl Streep’s trademark, however, only refers to “live, televised, and movie appearances, speaking engagements, and autograph signings.” Typically, celebrities submit trademark applications to block the production of merchandise from using their names.

3. She has multiple degrees from Ivy League universities 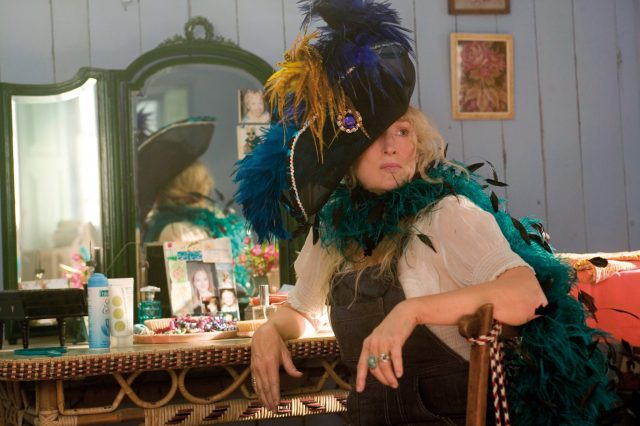 In 1969, Streep received her Bachelor of Arts from Vassar College. In 1975 she received her Masters of Fine Arts (MFA) from Dartmouth College, and in 1981 Dartmouth awarded her an Honorary Doctor of Arts degree. She has also received many honorary degrees from several other Ivy League universities, including Princeton University and Harvard University.

4. She has been trained as an opera singer and has been nominated for six Grammy Awards 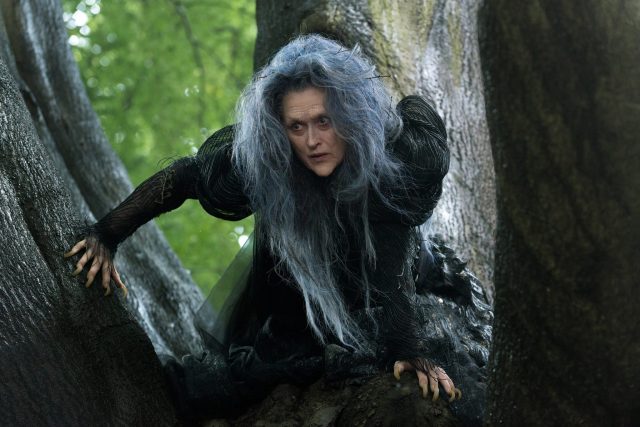 Streep studied opera under teacher Estelle Liebling when she was a teacher but ultimately gave it up “to be a cheerleader” because she thought it was boring.

Although she didn’t love opera, the lessons have paid off multiple times throughout her acting career. She has starred in musicals such as Into the Woods (2012), Mamma Mia (2008), and Mamma Mia: Here We Go Again! (2018).

She has been nominated for a total of six Grammy Awards — one for her work in Mamma Mia as well as for numerous spoken word albums, including her reading of Charlotte’s Web in 2020.

5. She has been nominated for 21 Academy Awards 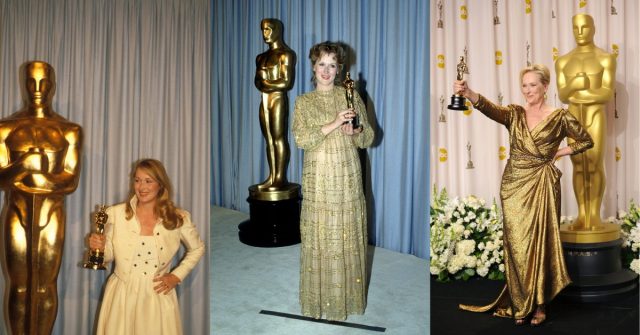 Meryl Streep has been nominated for 21 Academy Awards and has won three Oscars for her role in Kramer vs. Kramer, Sophie’s Choice, and The Iron Lady. Seventeen of these nominations have been for Best Actress, and four have been for Best Supporting Actress. She truly is in a league of her own, as she has received more Academy Award nominations than any other actors or actresses. Trailing her are Katharine Hepburn and Jack Nicholson, both of whom are tied for second place with 12 nominations each.

Furthermore, she is one of only six actors to win an Academy Award at least three times. She shares this honor with Katharine Hepburn, Daniel Day-Lewis, Jack Nicholson, Ingrid Bergman, and Walter Brennan.

6. She donated her entire salary from The Iron Lady 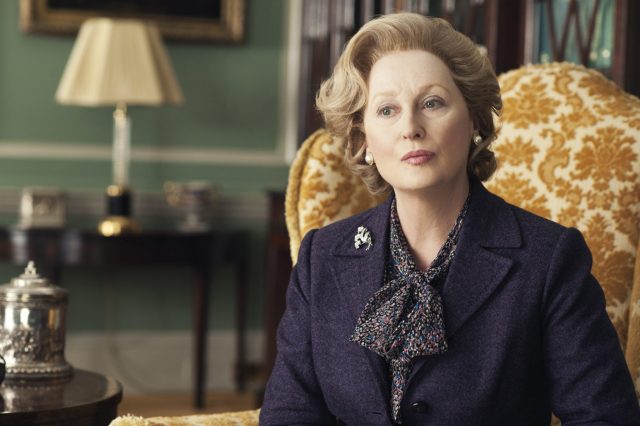 Meryl Streep as Margaret Thatcher in The Iron Lady (2011). She won her third Oscar for her role in this movie. (Photo Credit: MovieStills DB)

Meryl Streep played British Prime Minister Margaret Thatcher in the 2011 film The Iron Lady. Not only did Streep win her third Oscar for this role, but she was also paid one million dollars for work in the movie.

However, as Meryl explained to Ellen DeGeneres, she donated her entire earnings to help build History Museum at the National Mall in Washington. This is because as she (rightfully) explains, “women’s history needs to be taught.”

7. She was once evicted from her apartment 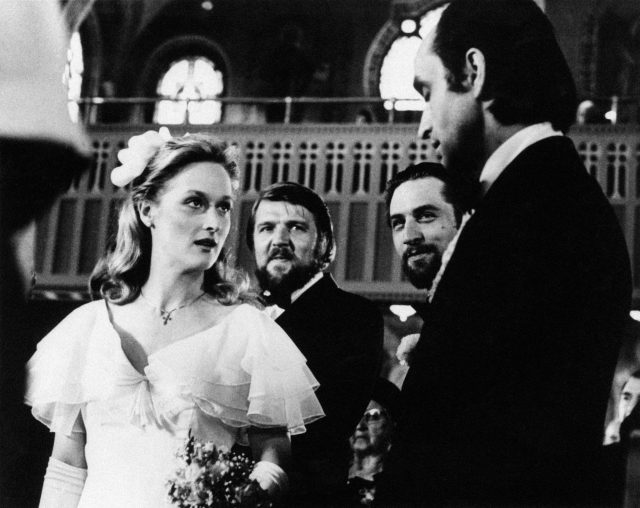 Meryl Streep was in a relationship and eventually engaged to actor John Cazale (who played Fredo in The Godfather) for almost three years. The pair played opposite each other in Measure for Measure at New York’s Shakespeare in the Park in 1976. However, in 1978, Cazale was diagnosed with terminal lung cancer. Meryl stayed by his side during his sickness, ensuring the last months of his life were as joyous as possible.

Cazale passed away on March 12, 1978. Cazale’s medical bills were very costly, and as a result, Meryl was evicted from the apartment she and Cazale had shared. Her brother Harry was in New York helping Meryl move and brought his friend Don Gummer along.

As Meryl needed a place to stay, Gummer, who was on an extended trip to Pakistan, let Meryl sublet his room in his apartment. Don Gummer and Meryl continued to exchange letters and were eventually married in September 1978. In September 2021, the pair will have been together for 43 years. 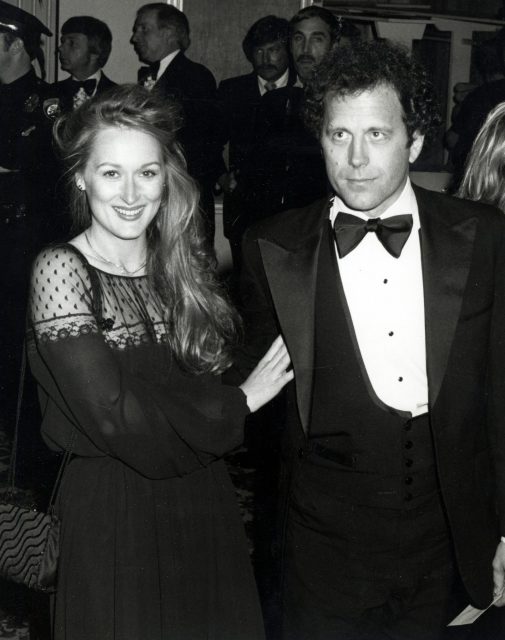 8. She donated her Devil Wears Prada wardrobe to charity 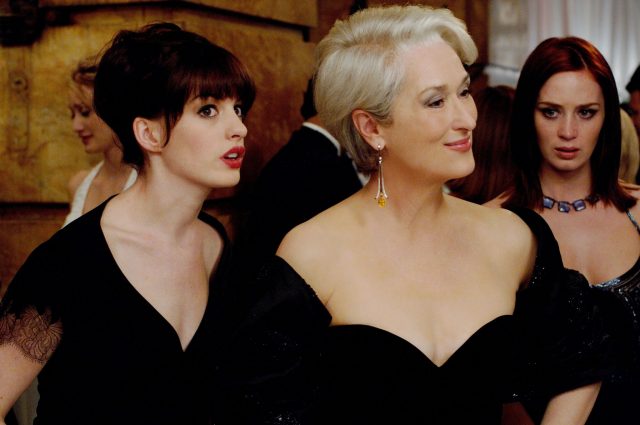 Although Meryl Streep has played many iconic roles throughout her career, she remains very well known for her role as Miranda Priestly in The Devil Wears Prada.

The movie had a huge costume budget because the movie’s focus was high-end fashion, with many couture designers donating clothes and accessories to the film. Despite the loans from different designers, more than one million dollars was spent on costumes. 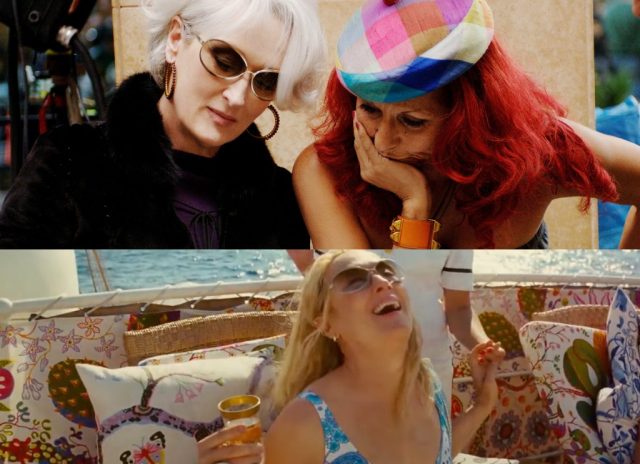 However, rather than keep her designer wardrobe from The Devil Wears Prada, Streep donated it to a charity auction. Some of the proceeds went to Dress for Success — an organization that helps low-income women prepare for career development.

However, Meryl Streep did keep the sunglasses she wore in The Devil Wears Prada and used them again in the “Money Money Money” sequence of Mamma Mia — how fitting!

9. She has only been turned down for a role she has auditioned for four times 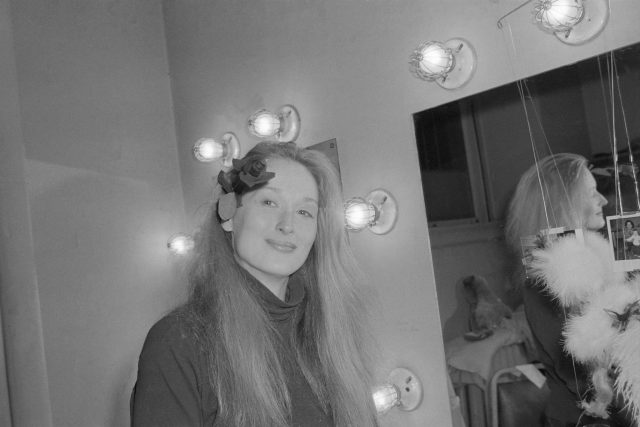 Meryl Streep has only been turned down for a role she auditioned for four times throughout the span of her career — which is a pretty great average if I do say so myself.

One of the roles Meryl was passed over for in 1976 for the lead role in Dino De Laurentiis’ remake of King Kong. As she auditioned, De Laurentiis turned to his son and in Italian said “this is so ugly, why did you bring me this?” Streep, who both understood and spoke Italian, responded, “I’m very sorry that I’m not as beautiful as I should be, but, you know — this is it. This is what you get.”

The role of Dawn eventually went to actress Jessica Lange, but nonetheless, we love a secure queen.

10. She famously left her first Oscar in the washroom 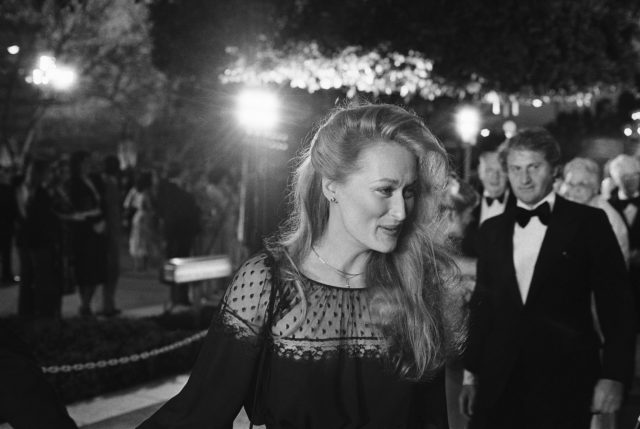 Meryl Streep won her first Oscar in 1979 for Best Supporting Actress for her role in Kramer vs. Kramer. After her acceptance speech, she left her Oscar in the ladies’ room. Thankfully someone shouted, “Hey someone left their Oscar in here!” This is probably a situation we can chalk up to a mix of nerves and excitement over winning an Oscar.

Streep and the rest of the cast singing in ‘Mamma Mia’ (Photo Credit: Universal Studios / MovieStillsDB)

Meryl Streep is known for taking on very serious roles in movies, but did you know that her highest-grossing film is the romantic comedy Mamma Mia?

Meryl recalled that when her agent asked her about playing Donna in Mamma Mia, her agent assumed that she wouldn’t be interested. Meryl, however, was super excited about this role and told her agent to “say yes!”

Thank goodness she agreed to this film, as it went on to become Steep’s highest-grossing film with an estimated box-office total of $615.7 million.