Jack Nicholson is one of the most famous actors in the world. Over his many years working on a large number of sets, he has become friends with many notable actors. He had a particularly tender friendship with Dennis Hopper, and the two shared a fond memory while filming Easy Rider (1969).

Nicholson remembers a time when the two, along with others, dropped acid at D.H. Lawrence’s tomb. The film does feature an acid trip scene at a gravesite, but Nicholson, Hopper and their friends took a trip of their own off-camera.

He recounted how “it’s on the side of a mountain and there’s this great huge granite tomb where his wife is buried. Lawrence is indoors in a kind of crypt. When we got there, we were just starting to come on. The sun was going down, so that it was only slightly above eye level.” 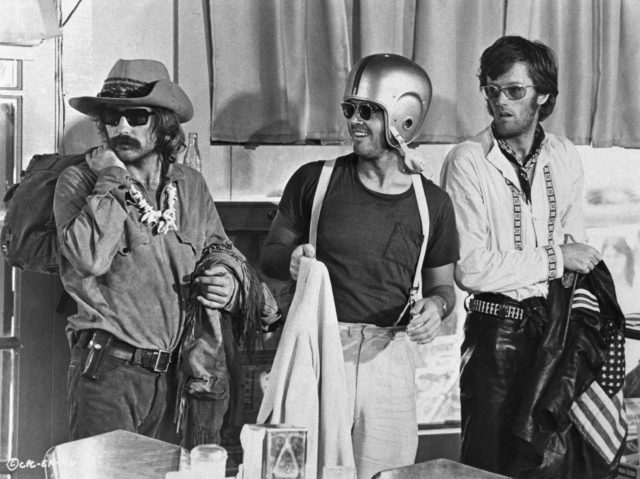 He admitted how he and Dennis would get very sentimental about one another during times like these, reminiscing on old times and talking about how the future will unfold.

“We looked at trees and talked about art and the nature of genius and asked ourselves why people couldn’t be more open. And after a while, the guys in the van came back to get us.” 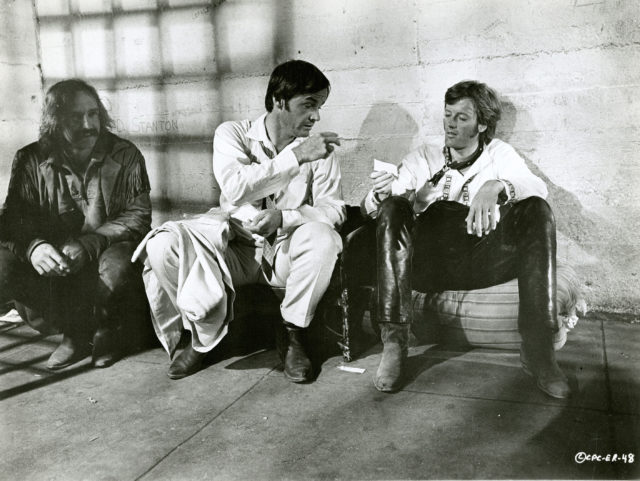 Later that evening, the two separated, with Hopper going off with a lady and Nicholson returning to the motel. Still buzzing from the drug, Nicholson acted out guarding the motel room from an attack, and then sat and listened to the buzz of the television. He recalled how after 10 minutes, the sound made him feel as though he were a bunch of wiring himself. Finding himself with pent-up energy, he went outside and started walking.

The acid made Nicholson very sensitive to light, and as dawn approached, he found a 10-foot tree and climbed it to watch the sunrise. He explained how he thought he was past the peak of his trip, but not long after recalled how he “was watching this meadow – looking at the light coming on. The meadow seemed to have all these rocks, especially a big white rock that was one of the most beautiful things I had ever seen.

“At a certain point, the white rock stood right up and suddenly turned into this fabulous white horse. He went up on his hind legs once, came down stiff-legged and his tail went around in a circle, exactly like a propeller, as if he were going to take off. I’d never seen this in a horse before. Now I thought, ‘Well, maybe I’m not peaked on this acid, ’cause this is far out.’” 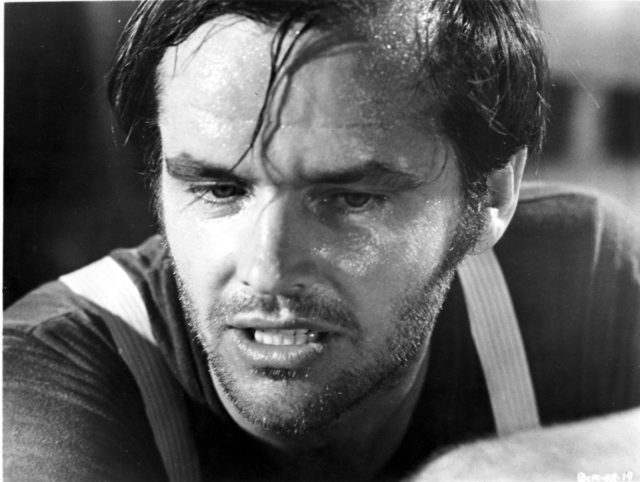 More from us: We Can’t Believe These Facts About Our Favorite Celebs

The trip didn’t end there. Nicholson continued to see other rocks turn into horses and watched as they raced around each other. He said the moment brought him fantastic emotion, and when he finally came down from the tree, he walked through the meadow and followed a real cattle herd. It was at this point that he looked down and found an inflatable plastic pork chop – a squeaker toy for dogs.

Nicholson remembered how “it was so incongruous. You can imagine what that did to me. I carried that pork chop in my suit pocket through most of the shooting of Easy Rider.”