Robin Williams As Remus Lupin? 9 Times Actors Didn’t Get The Roles They Wanted

It’s so fun to imagine what could have been! Here, we look at celebrities who auditioned for iconic movie roles but ultimately missed out on the gig. Sometimes certain things are just not meant to be! 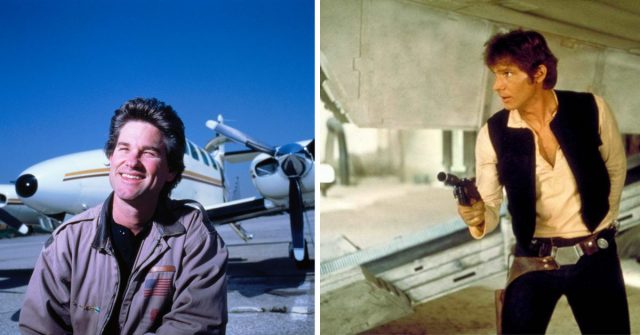 We know Han Solo as portrayed by Harrison Ford, but the iconic role nearly went to Kurt Russell. In 2017, Kurt Russell revealed that he was actually one of the finalists for the role of Han Solo, recalling “I was actually in the final running, but I needed to give an answer to ABC to do a Western show. I asked George [Lucas]. ‘Do you think you’re going to use me?’ He said, ‘I don’t know if I’m going to put you with him, or him, or those two guys’… I gotta go to work, so I do the Western.”

Obviously, the rest is history. The original role of Han Solo went to Ford, but luckily Kurt Russell’s audition tape is still floating around the internet. 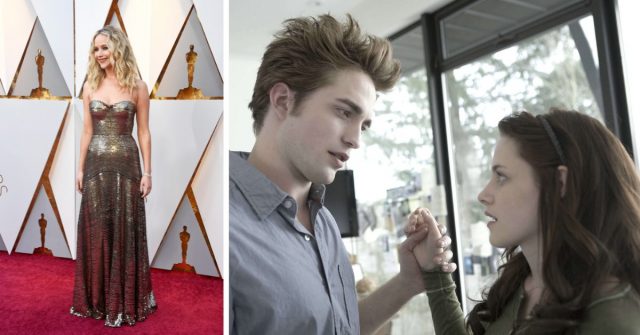 Jennifer Lawrence would have been Bella Swan in the Twilight saga in an alternate universe instead of Katniss Everdeen in the Hunger Games trilogy. Speaking to Howard Stern in 2018, she told him that when she auditioned for the film she “didn’t really know what it was.”

When Stern asked Lawrence if she was upset she missed out on the role of Bella Swan, she told him that she had no hard feelings about it. According to Lawrence, the only role she was “truly devastated” to not get was a role in Tim Burton’s Alice in Wonderland. The role of Alice ended up going to actress Mia Wasikowska, who Lawrence agreed was “perfect and amazing” for the role. 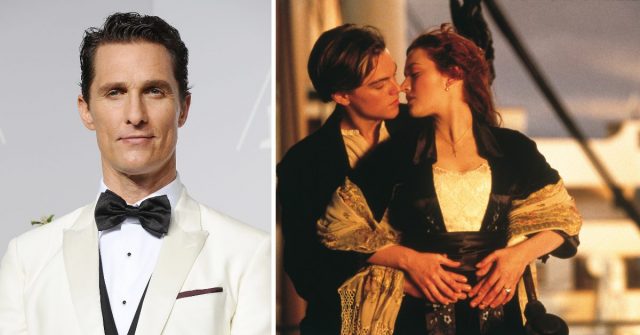 Although we can’t imagine anyone other than Leonardo DiCaprio playing the role of Jack Dawson in Titanic, actor Matthew McConaughey thought he had a good shot at landing the role.

During a 2019 interview with Andy Cohen, McConaughey revealed that he had auditioned with Kate Winslet for the role of Jack Dawson, and left thinking that it had gone “really well.” According to McConaughey, the audition went so great that he thought he had landed the role.

Obviously, Matthew McConaughey was never offered the role of Jack Dawson, but Leonardo DiCaprio and McConaughey would go on to work together in 2013 on The Wolf of Wall Street. 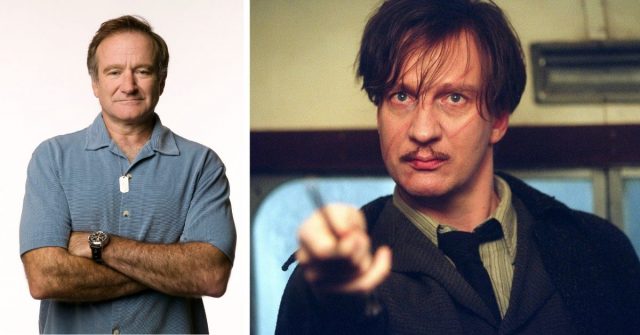 As both Harry Potter fans and Robin Williams fans, this one shocked us. Harry Potter and the Philosopher’s Stone turns 20 this year, and director Chris Columbus revealed to Total Film that the comedian had his heart set on playing Remus Lupin.

Williams wasn’t considered for the role because one of the franchise’s early rules was not to cast any American actors, to maintain a certain degree of authenticity. As Columbus explains, “I had a conversation with Robin Williams, who wanted to play Lupin. It was very difficult for me to say ‘It’s all British. There’s nothing I can do.'” The role of Remus Lupin would eventually go to actor David Thewlis. 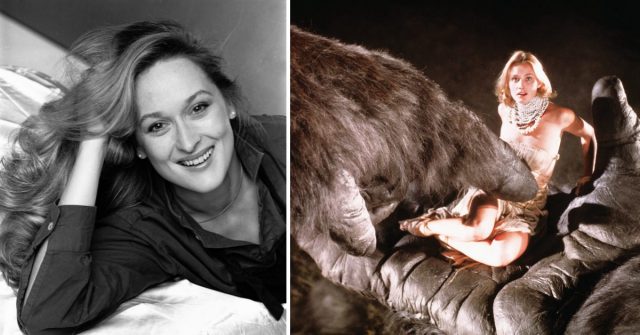 Who could ever imagine turning down iconic actress Meryl Streep? During a 2015 episode of The Graham Norton Show, Streep recalled a terrible audition experience she had for the 1976 King Kong remake, directed by Dino De Laurentiis.

According to Streep, Dino De Laurentiis’s son had seen her in a play and decided to bring her in to audition for the female role in King Kong. However, when Streep got to the audition, De Laurentiis Sr. said to his son “Che brutta” – which in Italian means, “why do you bring me this ugly thing?”

Streep, who understood and spoke Italian, then responded, “I’m sorry I’m not beautiful enough to be in King Kong.” Eventually, the part of the girl in King Kong went to actress Jessica Lange. 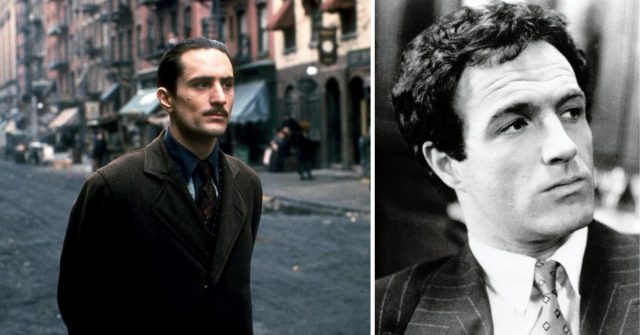 Despite winning an Academy Award for his role as Vito Corleone in the 1974 film The Godfather: Part II, Robert De Niro initially auditioned for the role of Sonny Corleone in the first Godfather film.

The role of Sonny Corleone would end up going to actor James Caan. Luckily, director Francis Ford Coppola liked De Niro’s audition so much that he still landed a role in the sequel. 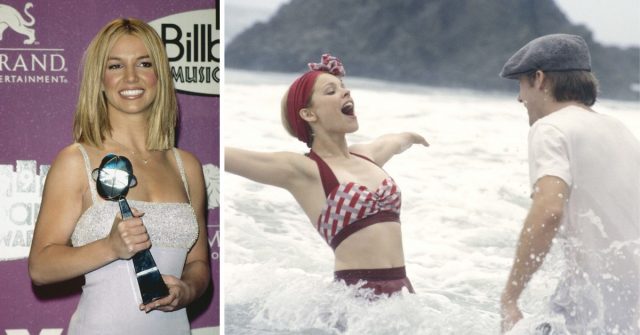 Superstar Britney Spears was one of the many actresses who auditioned for the role of Allie Calhoun to star alongside Ryan Gosling in the 2004 movie The Notebook. In 2005, Ryan Gosling told Entertainment Tonight that Spears had auditioned for the role of Allie and that she was “really good. She did a really nice job… she did an excellent job, actually.”

Britney Spears wasn’t the only superstar to audition for the role of Allie Calhoun. Reese Witherspoon, Jessica Biel, and Jessica Simpson were all also considered to play Allie before the role eventually went to Rachel McAdams. 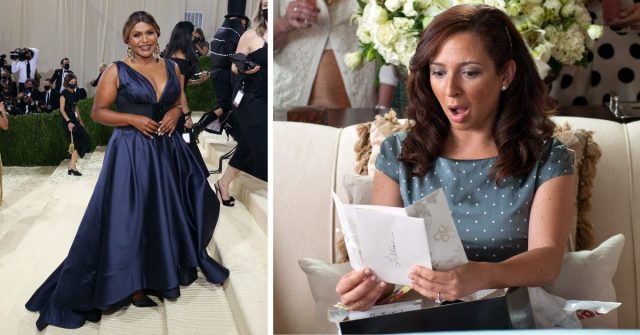 The only way Bridesmaids could have potentially been funnier is by having Mindy Kaling play the role of Lillian Donovan in the 2011 comedy. In 2014, Kaling revealed that “no one ever calls me in to audition for things because I’m so specific. Actually, you know what it was- Bridesmaids, which I loved. They called me in for Maya Rudolph’s part, and I practiced it so much and I was so into it, and I love that whole cast. That one was a heartbreaker.”

The role of Lillian Donovan ultimately went to Saturday Night Live alum Maya Rudolph, who delivered an iconic performance in this role. 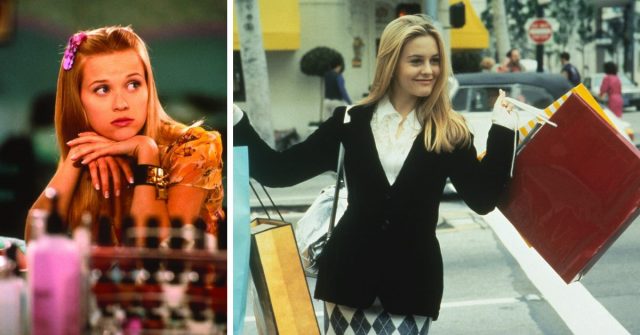 Ugh, as if! As it turns out Reese Witherspoon auditioned to be Cher in the 1995 movie, Clueless. In a BuzzFeed video filmed in 2020, Reese recalled that she “auditioned so hard for Clueless, and I didn’t get it.” Kerry Washington, who Reese was interviewing with, also revealed that she also had auditioned for Clueless and didn’t get the part.

Clueless director Amy Heckerling revealed to Vanity Fair that she “met with Reese Witherspoon because everyone said, ‘This girl’s amazing. She’s going to be huge.’ I saw some movie where she had a southern accent. Maybe it was on TV, a movie of the week. But I did see some scenes of her and went: Wow. She’s amazing. But Alicia [Silverstone] is Cher.”