Dan Aykroyd’s entire family ain’t afraid of no ghosts! Aykroyd, who wrote and starred in the Ghostbusters movies, comes from a long line of ghost hunters. He is the fourth generation of a family that is fascinated by the supernatural and paranormal. In fact, it was Aykroyd’s great grandfather who inspired the Ghostbusters story! We are certainly thankful for the Aykroyd family’s fascination with the supernatural because we would never have gotten Ghostbusters without it. Let’s take a look at Dan Aykroyd’s real-life family of ghostbusters. 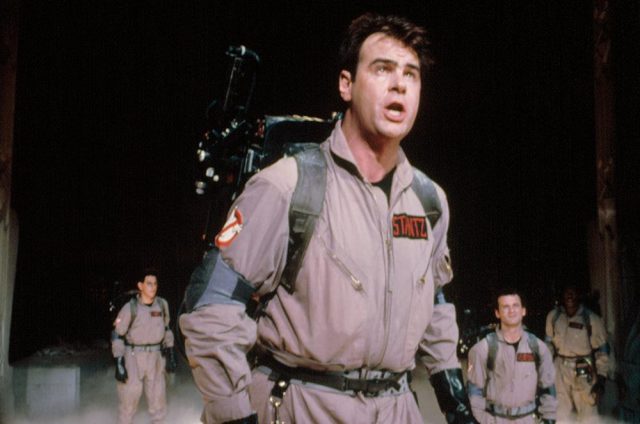 The first Aykroyd to experiment in the supernatural was Dan’s great-grandfather, Samuel Aykroyd. He was born in Storrington Township, close to Kingston, Ontario, Canada, in 1855. He first found work as a teacher, but quickly realized that teaching was not the career for him. Samuel eventually switched professions, and in 1894 he opened his own dental practice. One crucial piece of this story to remember is that when Samuel opened his own practice, topical anesthetics had yet to be invented. This meant that a visit to the dentist could be an extremely painful ordeal for patients.

Samuel quickly realized how anxious his patients were to visit him and began to research different dentists who used hypnosis as a way to relax them before treatment. Samuel’s grandson (and Dan’s father), Peter Aykroyd, researched Samuel’s life for his 2009 book, A History of Ghosts: The True Story of Séances, Mediums, Ghosts, and Ghostbusters. Peter believes that this interest in hypnosis sparked Samuel’s eventual lifelong fascination with the supernatural. After his initial research on hypnosis, Samuel thought that some individuals can be induced into a trance that allows them to act as a channel between the living and the dead. 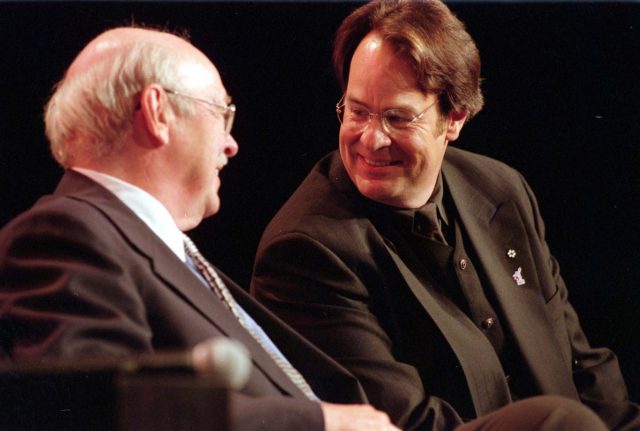 Samuel wasn’t alone in his quest to contact the dead. He befriended a machine operator named Walter Ashurst who acted as a medium for séances. According to Samuel’s journals that detailed his experience with spiritualism from 1905 to 1933, Walter Ashurst was able to contact a former resident of the Ming Dynasty, an Ancient Egyptian prince, three Indigenous men who identified themselves as “Blackhawk,” “Broken Arrow,” and “Black Feather,” and finally even Samuel’s great-grandfather.

In one séance conducted in the home of Samuel’s son, Maurice Aykroyd, a trumpet-like object used to talk to the dead supposedly floated above the attendees’ heads.

One of Samuel’s main interests was ectoplasm– or the physical manifestation of a ghostly apparition that was impossible to document. Ectoplasm, or “ghost slime,” is featured in the Ghostbusters movie as a green slimy substance. Ectoplasm entered mainstream lingo after it was featured in the film. During the séances that Aykroyd hosted, spirits often would tell séance sitters that it was just a matter of time until they saw ectoplasm. 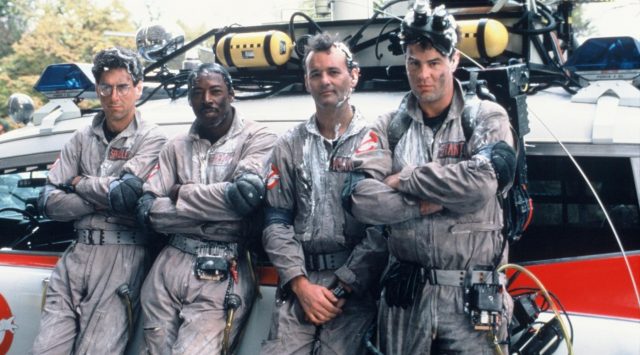 Sadly, Samuel Aykroyd passed away in 1933, and gradually his séance group began dissolving. However, Samuel’s stories were passed down through the Aykroyd family. Dan Aykroyd heard about his great grandfather while growing up and incorporated portions of these stories into the Ghostbuster films we know and love today.

More from us: These seriously AWESOME behind the scene photos of “Ghostbusters” will make your day!

Dan Aykroyd has since said that he definitely believes that mediums exist and can communicate with the dead. In fact, one could argue that ghost-busting is simply the Aykroyd family business.

« Why Wasn’t Marvin Gaye’s Father Convicted Of His Murder?
The Only Performance by John Lennon’s ‘Other’ Supergroup Didn’t Air Until 28 Years After It Was Recorded »