The True, Dramatic History of the Hotel That Inspired ‘Only Murders in the Building’

Only Murders in the Building is a fun comedy mystery television show starring Steve Martin, Martin Short, and Selena Gomez. But a third character that’s present in virtually every episode is the building itself. Called the “Arconia” in the show, it was actually inspired by a real-life building located in New York City that has a history worthy of a television series. Here are some of the wild events that happened in the Ansonia Hotel.

A hotel fit for a king 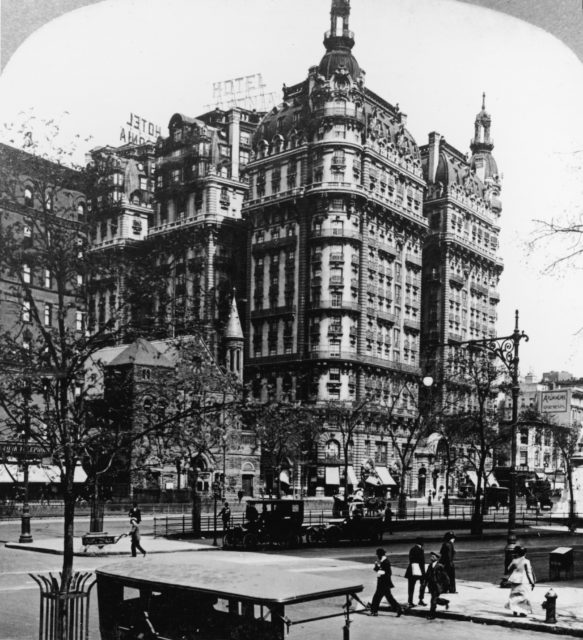 The view West across Broadway at 72d street to the Ansonia Hotel in New York’s Upper West Side, circa 1914. The Ansonia was built in 1904. (Photo Credit: Archive Photos / Hulton Archive / Getty Images)

An heir to the Ansonia copper fortune, William Earl Dodge Stokes, broke away from his family’s mining business, sued his own brother following the death of his father, and began developing real estate on the Upper West Side of New York City. In 1899, Stokes commissioned a French architect, Paul Duboy to design a grand residential hotel. He had big plans for this hotel, which ended up taking up a full city block on Broadway between 73rd and 74th streets. He called it the Ansonia Hotel.

Stokes spared no expense. The building included 1,400 rooms and 300 suites. It featured grand ballrooms, restaurants, tearooms, and cafes as well as a bank, barbershop, and tailor. Incredibly, a large fountain housed live seals.

Stokes was an infamously unsavory person 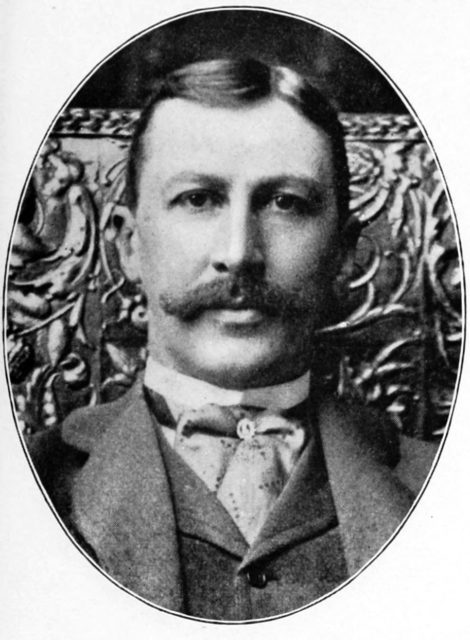 Stokes’ first marriage was quite the scandal. He spotted a young, 15-year-old heiress named Rita de Alba de Acosta in a photo on a shop window and decided she would be his bride. He was 42 years old, but she reluctantly married him, likely for his fortune. The two produced a single son and by the age of 21 she divorced Stokes for $2 million in cash and $36,000 in alimony.

A lot of bad press went around about Stokes’ salacious affairs, but the press exposure actually seemed to be good for business. His preference for young women was well known, but the New York Times still described Stokes as a “very refreshing individual” filled with “wild charm” at the time.

Gunshots in the hotel 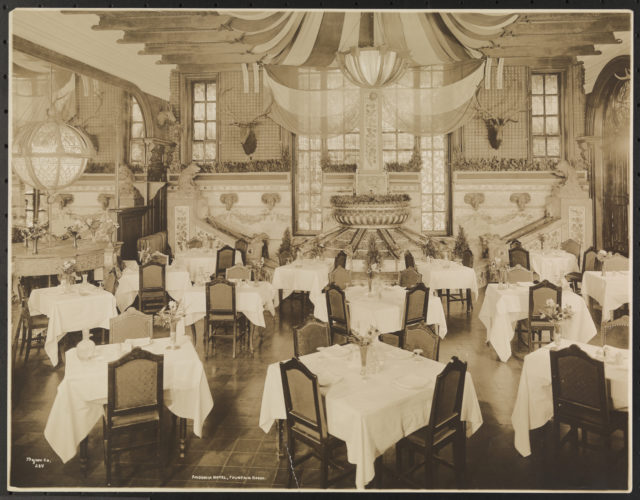 When the Ansonia officially opened, Stokes encouraged a racketeer named Al Adams to have an extended stay at his hotel. Adams had just finished doing time at Sing Sing, and moved right into the Ansonia. He stayed at the hotel for two years but was eventually found by Stokes in Suite 1579 with a bullet shot in his head. The coroner in charge of the accident declared it a death by suicide, though Stokes was viewed as a suspect who committed the crime for a possible unpaid debt.

That wasn’t the only time guns were fired inside the Ansonia. Stokes was shot in the leg three times by his 22-year-old mistress Lillian Graham. She was a vaudeville showgirl and was trying to blackmail Stokes into paying her $25,000 so she wouldn’t expose his love letters to his second wife, Helen. Despite the wounds, Stokes survived the attack.

A popular spot for athletes 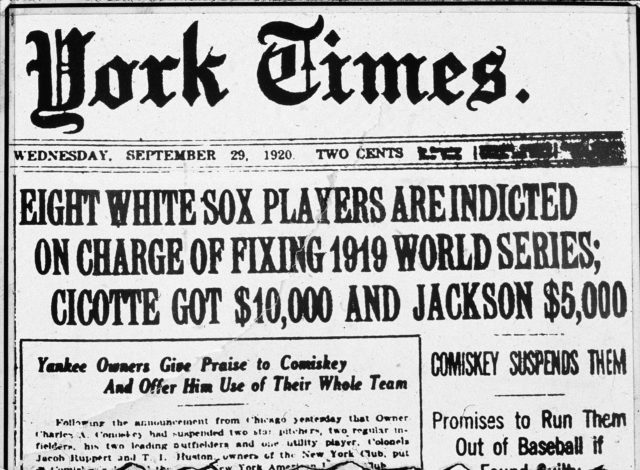 The Ansonia was a hot spot for athletes to visit. Babe Ruth is said to have been a regular of the hotel, and apparently “thought of the entire hotel as an extension of his apartment.” He would often wear his “scarlet silk bathrobe down in the elevator to the basement barbershop for his morning shave.” He also used to practice playing his saxophone, the sound becoming quite familiar to the other hotel guests.

The Ansonia was also the location where the biggest scandal in baseball history occurred – the Black Sox Scandal. Supposedly, Chick Gandil, the Chicago White Sox first baseman, met up with the team’s pitcher and an ex-player representing Arnold “The Big Bankroll” Rothstein. Rothstein was a gambling kingpin and offered them and other players hefty sums of money to throw the 1919 World Series. 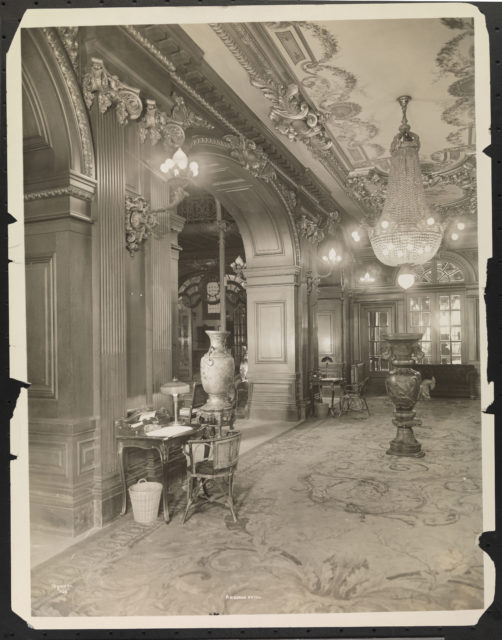 When Stokes died of pneumonia in 1926, the hotel passed on to his son, Weddie, but he had no interest in running his father’s dream. Weddie was a crooked landlord and ended up in jail, and the Ansonia was put up for auction.

It was purchased by Jacob Starr for a mere $50,000, but he didn’t put much into reviving the hotel. The once-lavish hotel was reduced to rental units. Ultimately, Starr let it fall into disarray and even suggested that the building be demolished as he had no intention of bringing it up to code.

The hotel became a sex hotspot 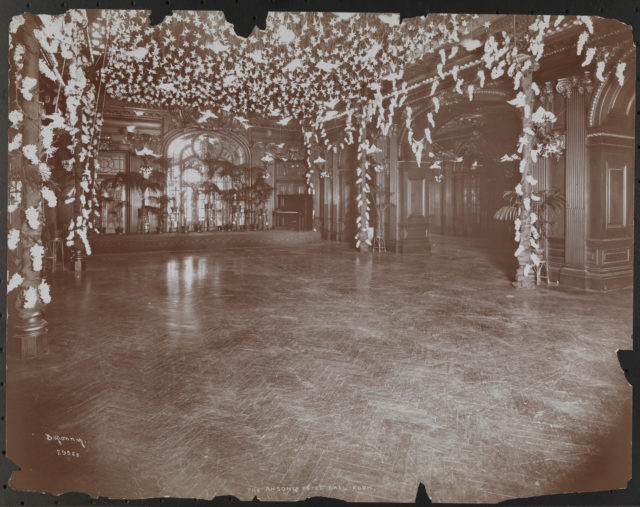 In 1977, the Continental Bath closed and a new nightclub called Plato’s Retreat opened in the same spot. It featured a 50-person jacuzzi, a clothing-optional disco dance floor, and an open bar and full buffet.

From hotel to condominiums 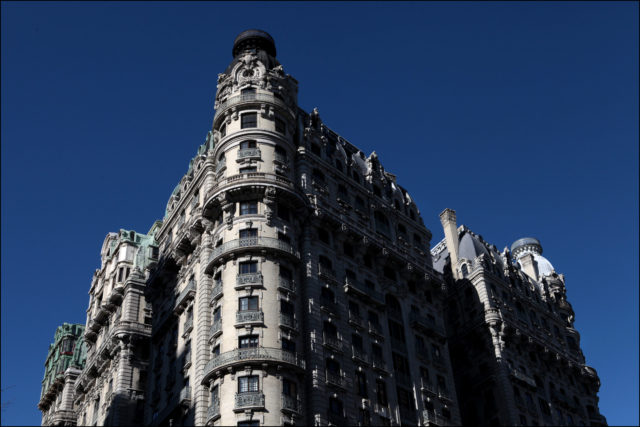 More from us: This Building Was Rotated 90° Over A Month While Employees Inside Kept Working

After Starr refused to make the necessary repairs to the Ansonia, residents of the building gathered together to create the Ansonia Residents Association. They refused to pay their rent until the repairs were made, and successfully appealed to the Landmarks Preservation Commission to preserve the building. Because of them, the Ansonia’s beautiful exterior was saved and the units were transformed into luxury condominiums.

« Elvis Called President Carter While He Was Totally Stoned, and They Talked for ‘A Long Time’
Here is Everything We Know About the ‘Game of Thrones’ Spin-Off ‘House of the Dragon’ »