Elvis Called President Carter While He Was Totally Stoned, and They Talked for ‘A Long Time’

There aren’t many people in the world who could get a call through directly to the president’s phone in the Oval Office. But if anyone would be able to, it makes sense that it would be the King. In the summer of 1977, Elvis Presley called the White House to speak with President Jimmy Carter, and he was actually put through. It wasn’t just any call, however, as Elvis was completely stoned the whole time.

As impressive as it is that Elvis was able to get a phone call through to the president, it was likely because they had distant family ties. Carter once explained, “Elvis is kin to me on my mother’s side. Our families came from Union County, North Carolina, and Elvis is my cousin.” Although they called themselves cousins, it was a very distant relationship. 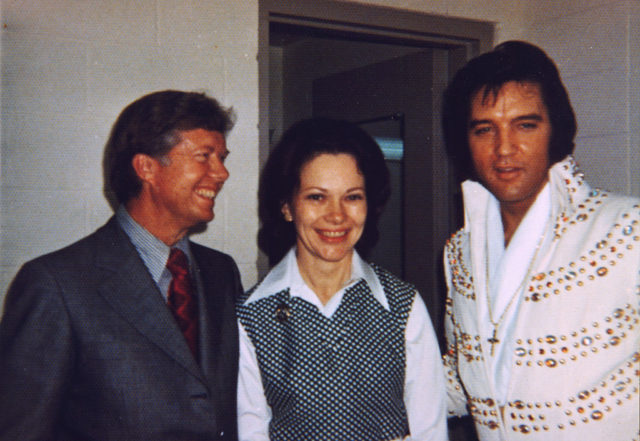 Carter was actually a sixth cousin once removed from Elvis, but that didn’t stop them from spending family time together. Carter recalled that when Elvis came to Atlanta, “we would visit with him (and) obviously attend his concerts.”

Mr. President, Elvis is on the line

Carter vividly recalled the phone call he received from Elvis shortly after he was elected president. He quickly realized that Elvis was “totally stoned and didn’t know what he was saying. His sentences were almost incoherent.” Carter talked to him for a long time before he was able to figure out that Elvis was calling in the hopes of getting a Presidential pardon.

Apparently, he had a sheriff friend who was in legal trouble.“I asked him what the sheriff’s sentence was, and he said that he hadn’t been tried in court yet. Well, I said, ‘Elvis, I can’t consider a pardon until after a trial and sentencing and everything.’ I don’t think he understood that.” Carter also said he spent much of the call quelling his cousin’s delusions and fears. 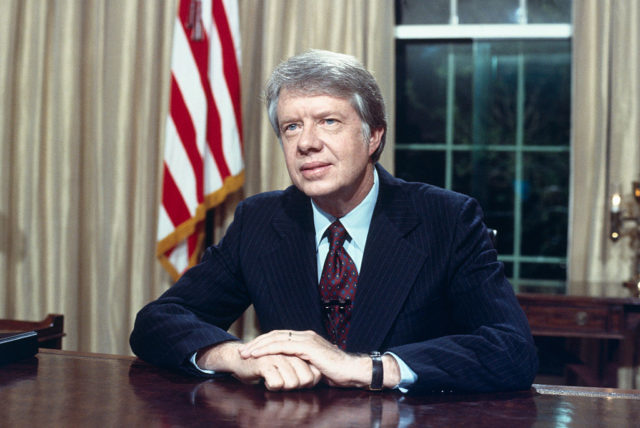 President Jimmy Carter sitting at his desk in the white house, about to address the nation on his energy proposals, April 18, 1977. (Photo Credit: Bettmann/Getty Images)

He was adamant that he was being “shadowed by sinister forces” and that his friend, the sheriff, was being framed. The delusions and paranoia that Carter experienced during his phone call were apparently common for Elvis in his later years. Despite talking to him the first time that he called, Carter never spoke to him again, despite Elvis continuing to call the White House right up until his death.

Remembered by the president

On August 16, 1977, Elvis Presley was found unconscious by his then-girlfriend Ginger Alden and was rushed to Baptist Memorial Hospital, where he was later pronounced dead. His death was caused by heart failure which, in recent years, has been linked to his history of drug abuse. Jimmy Carter issued a statement after his cousin’s death saying that it “deprives our country of a part of itself.” 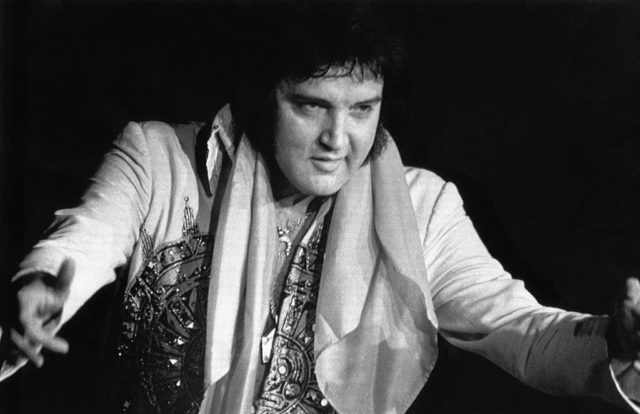 More from us: Here’s Why JFK Kept A Coconut On His Oval Office Desk

President Carter went on: “More than 20 years ago, he burst upon the scene with an impact that was unprecedented and will probably never be equaled…His following was immense, and he was a symbol to people the world over of the vitality, rebelliousness, and good humor of his country.”

« We Can’t Believe How Much Paul McCartney’s Grandson Looks Like Him
The True, Dramatic History of the Hotel That Inspired ‘Only Murders in the Building’ »