The Ownership Dispute That Halted the Auction of Dorothy’s Dress

When a white blouse and blue gingham frock were discovered in an old shoebox, nobody could have guessed that they had stumbled upon one of the most iconic costumes in movie history! But that’s exactly what happened at The Catholic University of America in 2021. 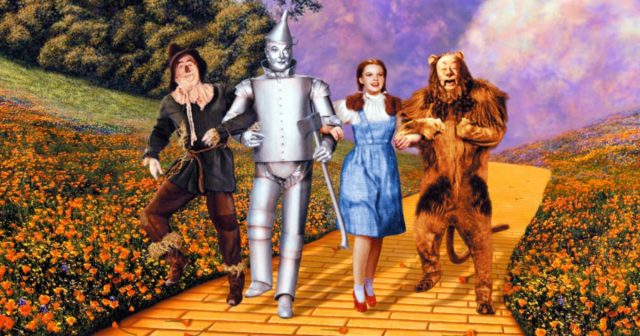 The Wizard of Oz (Photo by Silver Screen Collection/Getty Images)

The staff member at the Washington, D.C university who found the dress assumed it was a replica of Dorothy’s outfit in the 1939 classic The Wizard of Oz, but further investigation revealed it wasn’t fake. Instead, it was the exact costume worn by Judy Garland in the film!

The 2021 discovery is one of six original Dorothy outfits that remains and is one of two dresses to include the blouse. The dress went to auction at the Classic Hollywood Film and Television auction in Los Angeles on May 24, 2022.

According to Bonhams Los Angeles, which is handling the auction, the dress is the same one Garland wore in the scene where Dorothy confronted the Wicked Witch of the West in her castle. 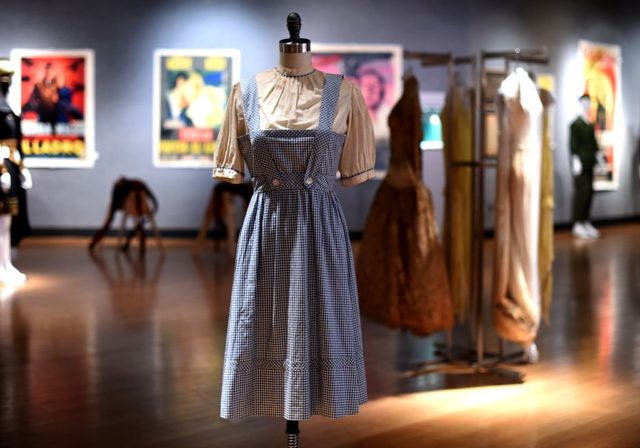 One of six Judy Garland-worn “Dorothy” dresses from The Wizard of Oz on display in 2015 in New York. (Photo Credit: Timothy A. Clary/AFP via Getty Images)

Priests and auctions and lawsuits! Oh my! 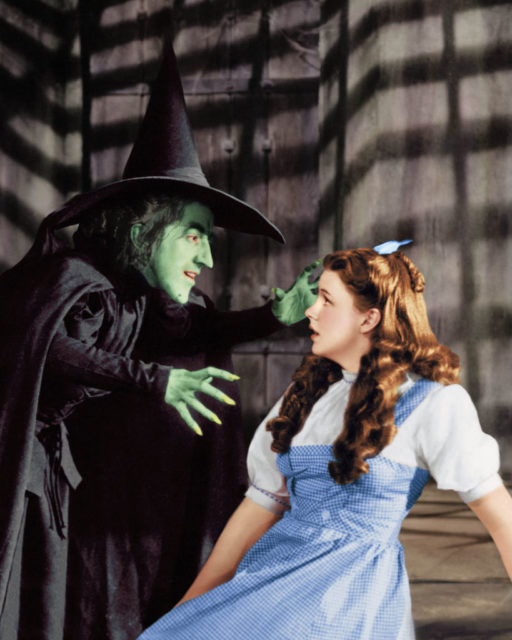 Dorothy and the Wicked Witch and Judy Garland in The Wizard of Oz, 1939. (Photo Credit: Silver Screen Collection/Hulton Archive/Getty Images)

Earlier this month, a federal judge blocked the sale of Dorothy’s dress after a Wisconsin woman launched a lawsuit and claimed ownership of the dress. The woman is the niece of Reverend Gilbert V. Hartke, the former department head of Catholic University’s drama department, who was given the dress by actress Mercedes McCambridge in 1973. McCambridge worked as an artist-in-residence at the university in 1973.

While Hartke’s niece claims she owns the dress as the owner of her uncle’s estate, the Catholic University of America claims that the Reverend’s vow of poverty indicates he never intended to own anything of value – including the million-dollar dress. 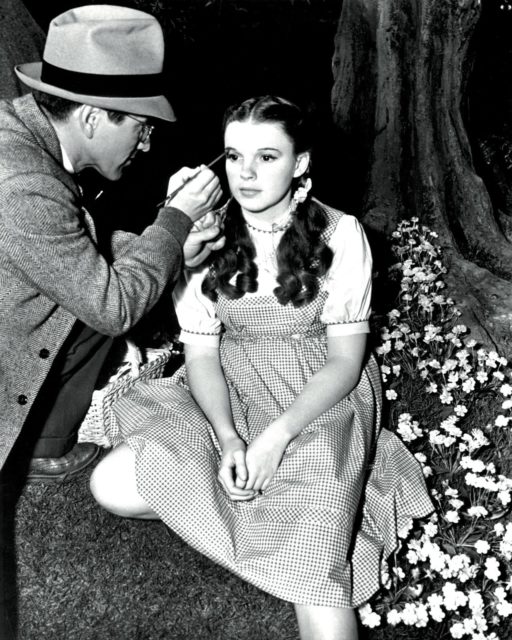 Judy Garland behind-the-scenes of The Wizard of Oz. (Photo Credit: Metro-Goldwyn-Mayer via. MovieStillsDB).

More from us: The Behind the Scenes Nightmare of Making The Wizard of Oz

Gilbert Hartke didn’t even take the dress with him when he retired from teaching. Instead, he hid it in a shoebox in a storage room where it sat undiscovered for 40 years.

It could take several more years until the lawsuit is settled and the fate of Dorothy’s dress is decided.