On February 28, 1986, Swedish Prime Minister Olof Palme was shot and killed point-blank. The only assassination of a prime minister in Swedish history, the devastating murder remains unsolved – and the perpetrator could still be at large. 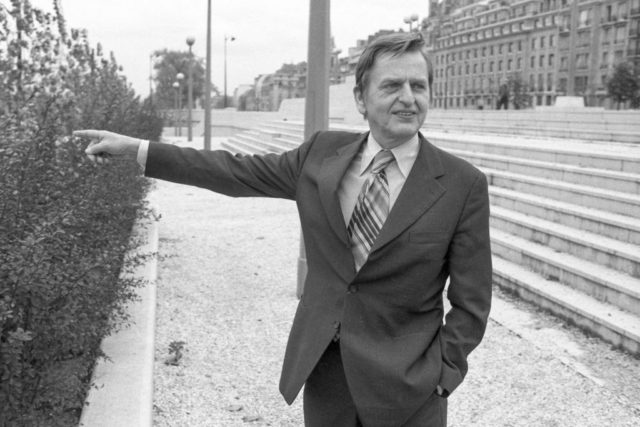 Olof Palme was born to a well-off family in Stockholm in 1927. Following his compulsory military service, Palme went to Kenyon College in Ohio where he became inspired by radical debates to embrace socialism. After returning to Stockholm to study law, Palme joined the Swedish Social Democratic Party and became increasingly interested in politics.

By 1957, Palme was elected as a member of the Swedish parliament and by 1969 he became Prime Minister. Dubbed the “revolutionary reformist” by his supporters, Palme was dedicated to increasing labor union influence, bettering education, and social security – but his socialist views made him loved by some and hated by others. Palme remained Prime Minister until 1976, but was re-elected and returned to parliament in 1982 until his death in 1986. 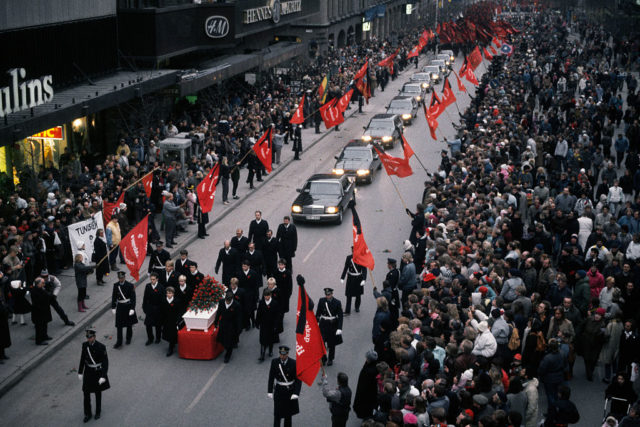 On the night of February 28, 1986, Olof Palme and his wife Lisbeth Palme had decided to catch a movie. Political violence was unheard of in Sweden at the time, so Palme traveled everywhere without bodyguards or security. At 11:21 pm, the assassin stepped behind Palme and shot him in the back. With one bullet the Prime Minister was dead. The shooter also aimed at his wife Lisbeth but she luckily survived the shooting.

On the day of Palme’s funeral, more than 150,000 Swedes lined the procession route to pay their respects. Meanwhile, police were grasping at straws while trying to identify the killer.

Two years later, police arrested Christer Petterson – a known murderer, criminal, and drug addict. Petterson was convicted of murdering the Prime Minister but was later acquitted. While other suspects seemed suspicious, the identity of whoever assassinated Palme remains a mystery. 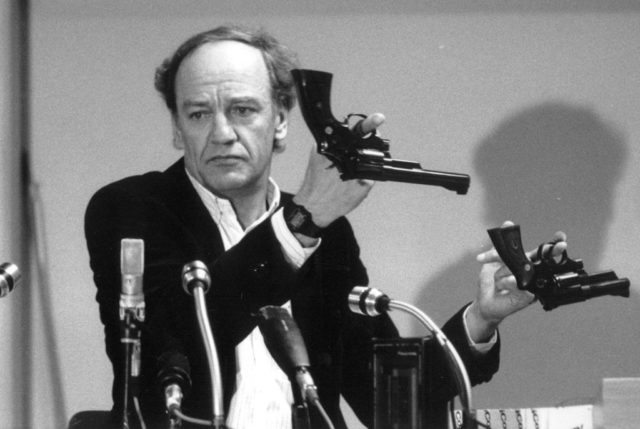 As soon as the Palme assassination took place, conspiracy theories about the murderer’s motive took over Swedish media. Some theories involved political espionage, including stories of the South-African Aparthide regime looking to silence Palme following a speech he made before the assassination. Others believed Kurdish rebels and even Palme’s own family members were at fault.

Another infamous Swedish criminal known as “GH” worked in the building beside where the attack took place. Police believed GH had financial motives for the crime and owned a .357 Magnum – the same gun used by the assassin. 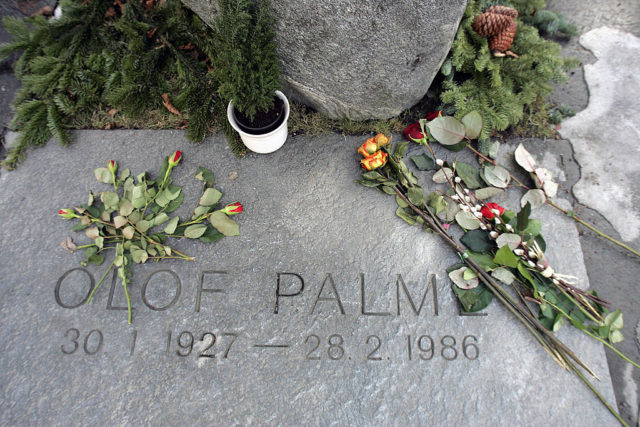 The grave of former Swedish Prime Minister Olof Palme is just a few blocks away from the place where he was assassinated. (Photo Credit: should read Sven Nackstrand/AFP via Getty Images).

Finally, in June 2020, investigators named Stig Engström, known under the alias “The Skandia Man,” as the killer. Engström gained notoriety following the assassination when he came forward as one of the key witnesses to the crime. Like “GH,” The Skandia Man also worked in the building next door to the crime scene.

Unfortunately, this revolutionary discovery still left the case unsolved. Twenty years earlier, Stig Engström died by suicide – silencing the truth behind the attack forever. Swedish prosecutors officially closed the Palme case in 2020, but no one knows for certain that the killer is dead, or if they are still at large.

« The Ownership Dispute That Halted the Auction of Dorothy’s Dress
The Story of Angelyne, the Billboard Diva Who Inspired NBC’s New Mini-Series »