The Story of Angelyne, the Billboard Diva Who Inspired NBC’s New Mini-Series

There are many individuals you could say are famous just for being famous. Some modern examples that come to mind are Paris Hilton, Kim Kardashian and the numerous influencers who have made a name for themselves on YouTube and TikTok. However, long before they were famous, there was one woman who started it all: Angelyne. 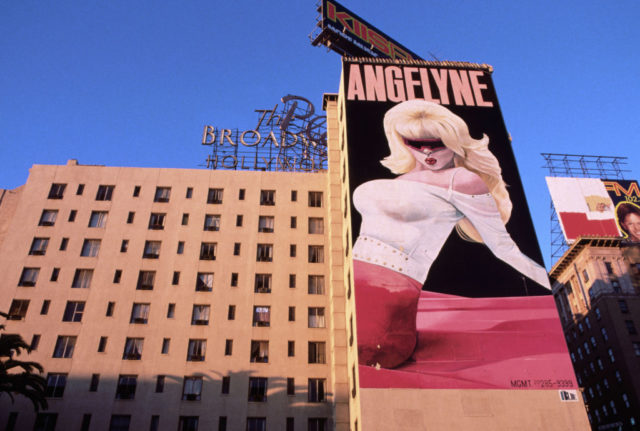 Very little was known about “Angelyne” prior to 2017. All the public knew were rumors that had been perpetuated by the billboard model herself. She claimed to have been born in the Midwest, yet couldn’t remember which state. She also alleged her parents had died when she was young, leaving her not just an only child, but an orphan as well.

With just those vague details to go on, the aspects of Angelyne’s life varied depending on who you talked to.

Angelyne first came onto the scene in 1978, when she joined Baby Blue, her then-boyfriend’s punk rock band. The group was never that successful and largely stuck to playing clubs in and around Los Angeles. When their single, “Rock n’ Roll Rebel,” failed to sell, the band decided to up its promotion and post images of Angelyne around the city. 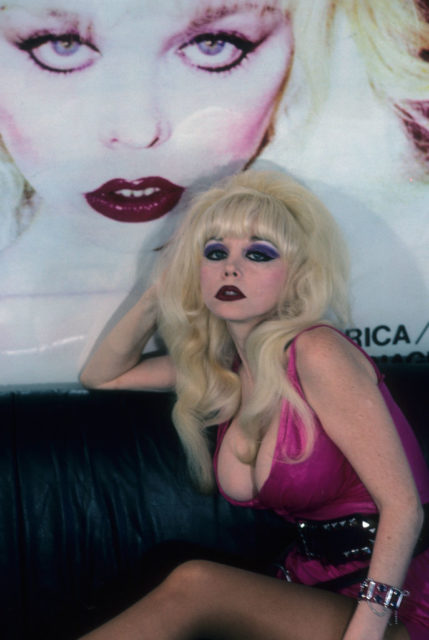 In 1982, Angelyne released her self-titled debut album, which she promoted by commissioning a series of bus-shelter posters featuring her image. She eventually caught the eye of Hugo Maisnik, a wealthy entrepreneur who owned a display-printing business. He saw potential in her and, in February 1984, erected the first billboard featuring her image. Located along Sunset Boulevard, it read, “Angelyne Rocks.”

Maisnik became Angelyne’s manager and other billboards began popping up around LA. The blonde bombshell, who underwent numerous cosmetic surgeries, posed suggestively and was almost always photographed with a pink Corvette, became inescapable.

The majority of LA residents knew nothing about Angelyne, as she hadn’t starred in any big-name movies or television series and her music wasn’t widely known. Instead of working against her, this only added to Angelyne’s mystique and further increased her popularity. People couldn’t get enough of her, largely because they knew so little about her life. All they knew was her image – and she preferred it that way. 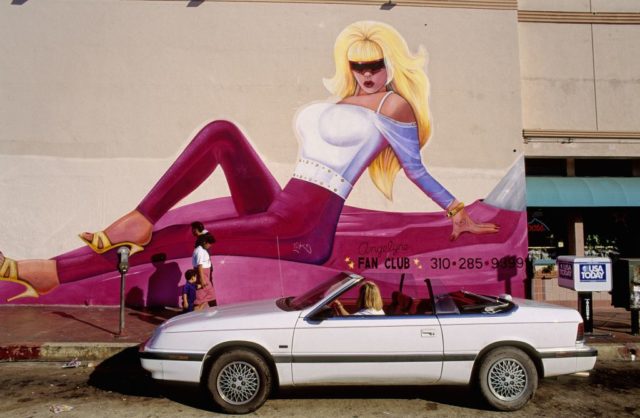 Following her billboard success, Angelyne released additional music and appeared in a number of small films, including Earth Girls Are Easy (1988) and Homer and Eddie (1989). A documentary film about her was even released in 1995, by which time some 200 billboards featuring her image were up throughout LA. There was even an 85-feet high mural of her painted on the side of a building at Hollywood and Vine.

Speaking about her fame with Oyster Magazine, Angelyne once shared, “Success is a high better than any drug and, to be honest, I got kind of addicted to the attention. I became a billboard junkie.” 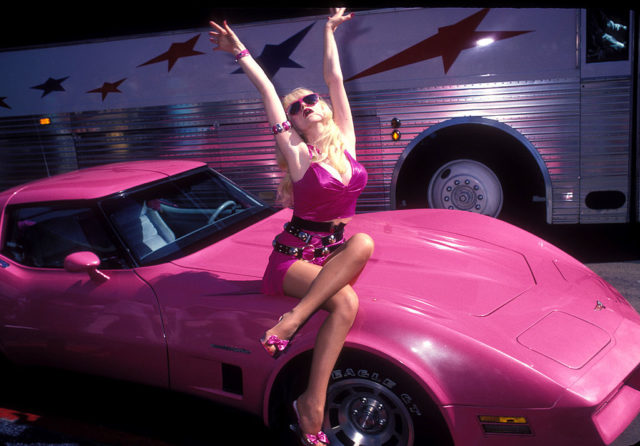 Angelyne was able to keep much of her life private, even when she made the decision to enter politics. She was a candidate for Hollywood city council in 2002, and the next year ran for governor of California, coming in 28th out of 135 candidates. Her slogan played upon her image, reading, “We’ve had Gray, we’ve had Brown, now it’s time for some blonde and pink.”

The bombshell even ran in the 2021 California gubernatorial recall election of Gavin Newsom. Newsom was ultimately not recalled. Angelyne finished 18th in the standings, the highest of any candidate running without a party preference. 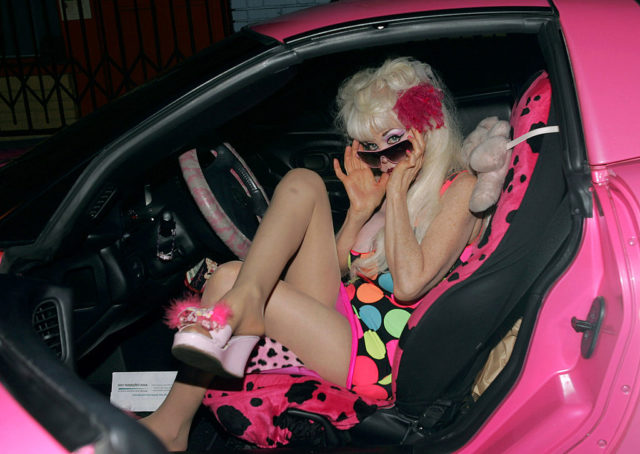 Questions surrounding Angelyne’s personal life all but disappeared in 2017, when The Hollywood Reporter published an exposé about her. Written by Gary Baum and confirmed by family members and public records, the article claimed Angelyne had been born in Poland as Ronia Tamar Goldberg. Her parents were Holocaust survivors who’d met in the Chmielnik ghetto.

Following World War II, they repatriated to Poland, before immigrating to Israel and, later, the United States.

While Angelyne claimed her parents had died when she was young, public records showed that only her mother had. Her father remarried and moved the family from LA’s Westside to the Panorama City neighborhood. While living there, she attended James Monroe High School under the name “Renee Tami Goldberg.” 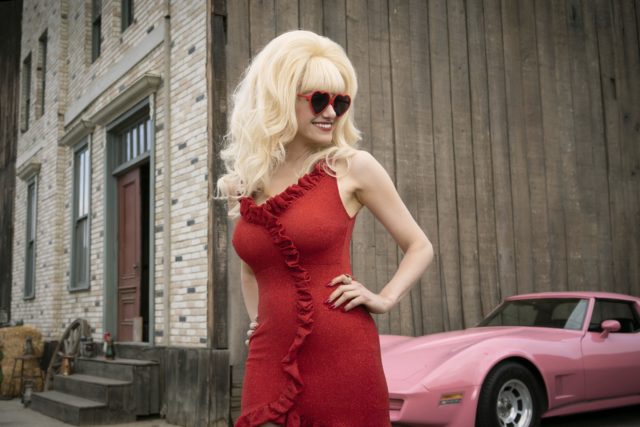 Emmy Rossum as Angelyne in the NBC limited-series of the same name. (Photo Credit: ladyroxton / MovieStillsDB)

Angelyne spoke out following the article’s release, denouncing its contents. That didn’t stop her, however, from signing on as executive producer for a series loosely based on it and the rumors surrounding her life. She later left the production. Starring Emmy Rossum as Angelyne, the five-episode limited series debuted on NBC’s Peacock streaming platform in mid-May 2022.