Of all the Kennedy children, Joseph “Joe” Jr. was chosen to be groomed for political ambitions. His father, Joseph Kennedy Sr., was a prominent politician, and his grandfather, John Fitzgerald, was the former mayor of Boston. Joe Jr. had some pretty big shoes to fill. In fact, just after he was born, his grandfather told the world he was going to grow up to be the first Catholic president of the United States.

That never happened, as Joe Jr. did not live long enough to fulfill his family‘s dreams. He died while serving overseas during World War II, thus forcing Joseph Sr. to train John F. Kennedy to become president. If Joe Jr. had never gone to war, history would have recorded him as the 35th President of the United States.

Joseph Kennedy Jr. was an exceptional young man. He excelled both academically and athletically while attending school, and was not afraid to defend his family against criticism surrounding their Irish heritage or Catholic faith. His father had always dreamed his eldest son would lead a successful political career and sent Joe Jr. to the Choate School (now known as Choate Rosemary Hall) in Wallingford, Connecticut.

Joe Jr.’s success at Choate led to his admittance to Harvard University in 1934, the same school his father had graduated from years before. He himself graduated in 1938 and traveled to London, as the family had relocated there after Joseph Sr. was appointed the American ambassador to Great Britain. While there, he studied at the London School of Economics. 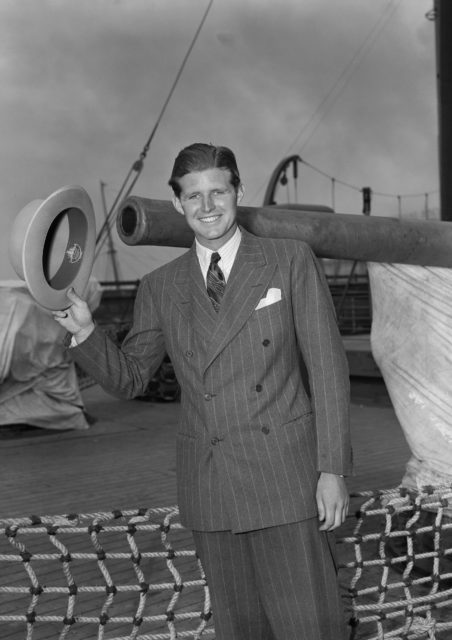 After returning home, he enrolled in Harvard Law School and served as a delegate to the Democratic National Convention. Joe Jr.’s political career was starting to take off.

Due to the rising conflict of World War II, Joe Jr. put his political aspirations on hold. He left Harvard before the completion of his final year and enlisted in the US military. Joe Sr. wanted to keep his sons out of the war, but Joe Jr. believed military service provided valuable opportunities that he wished to pursue. Both he and his brother, John, wound up serving overseas.

Joining the US Navy, Joe Jr. quickly began flight training and, in 1942, became a naval aviator. He was sent to Britain in 1943 to pilot PB4Y Liberators on anti-submarine details with the British Naval Command. By 1944, he’d completed two deployments, and was a well-respected and experienced patrol aircraft commander and radio control expert. 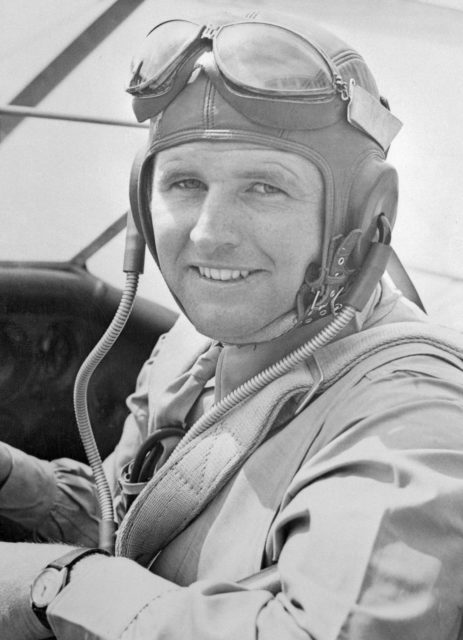 Joseph Kennedy Jr. was a pilot in the US Navy during World War II. (Photo Credit: Bettmann / Getty Images)

His friends in his squadron commended his character, with one saying how Joe Jr. “had everybody’s unlimited admiration and respect for his courage, zeal, and willingness to undertake the most dangerous mission.” Despite being eligible to return home following his deployments, the naval aviator opted to remain and continue serving.

In the summer of 1944, Joseph Kennedy Jr. volunteered for Operation Aphrodite. This was a top-secret bombing campaign that would have him fly over Normandy, France in a radio-controlled B-17 Flying Fortress to a targeted German V-2 rocket launching site. Once in position, Joe Jr. was to arm the explosives stowed onboard and parachute to safety before the plane exploded over its target. 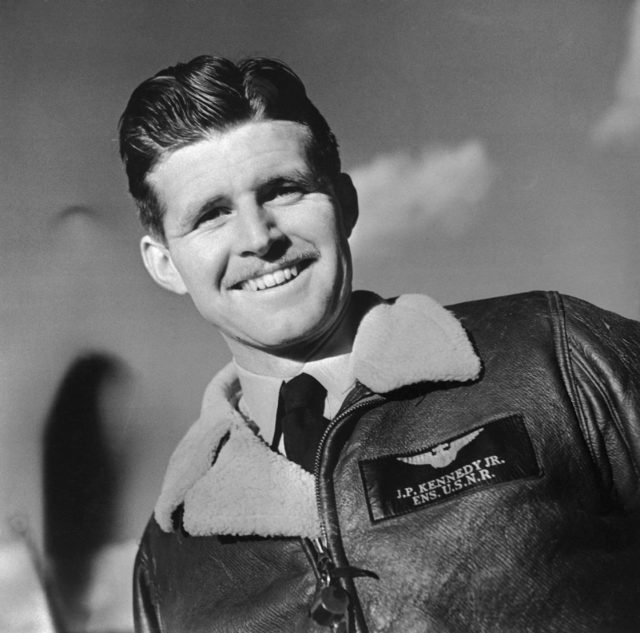 Joe Jr. and co-pilot Lt. Wilford John Willy left on August 12, departing from Royal Air Force (RAF) Fersfield in Norwich, England. As the B-17 flew toward the coast of the North Sea, Joe Jr. prepared it for detonation. He radioed the agreed upon code – “spade flush” – to signal the explosives were armed.

Those would be his last words, as the B-17 exploded shortly afterward over Blythburgh, England. Neither Joe Jr. or Willy were able to eject in time and both were killed in the premature explosion. The eldest Kennedy child was just 29 years old.

When John F. Kennedy heard of his brother’s passing, he knew his parents’ political ambitions for Joe Jr. would fall on him. John already had the Kennedy name to boost his political stature, and now that his father was focusing all of his energy on him, he quickly rose through the ranks.

Following the war, John was elected to the US House of Representatives and served as a Congressman for six years. He then served as a Senator until 1960, before becoming the 35th President of the United States the following year. 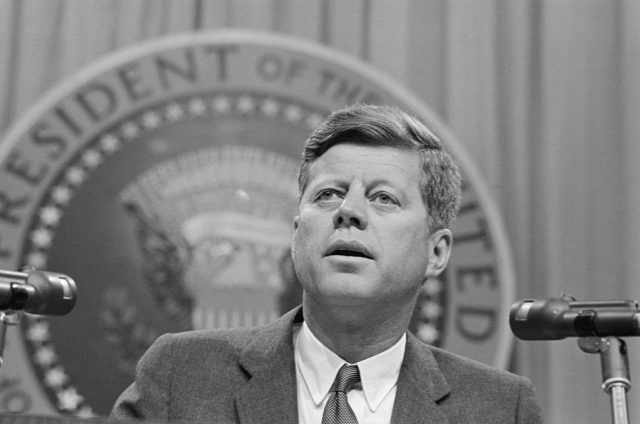 More from us: Rosemary Kennedy: The Tragic Life of JFK’s Little Sister

If Joe Jr. had survived the war, John would never have run for office. It’s very likely Joe Jr. would have had just as much success in his presidential campaign as his brother, and the series of events that followed John’s presidency may never have happened.