Rosemary Kennedy is the little-known sister of John F. Kennedy, the 35th President of the United States. For the majority of her life, her family kept Rosemary out of the limelight, afraid her mental health issues would negatively affect their public image and success in politics. An attempt to remedy her behavior had the opposite effect, plunging JFK’s sister into an even worse state.

Rose Marie “Rosemary” Kennedy was born to Rose and Joe Kennedy Sr. on September 13, 1918. The eldest daughter of nine children, her birth in Brookline, Massachusetts was impacted by the Spanish Flu, which infected approximately one-third of the global population. 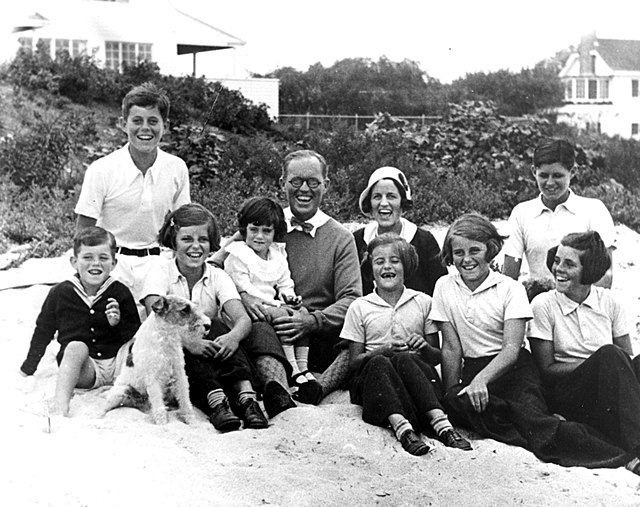 During Rosemary’s birth, the obstetrician tasked with delivering her was delayed by patients sick with the flu. Not wanting to deliver the baby without a doctor present, the nurse ordered Rose to keep her legs shut, so as to keep her daughter in the birth canal. The laboring mother did this for two hours, until the obstetrician arrived.

Difficulties as a child

As a child, Rosemary Kennedy was unable to keep up with her siblings. She was slower to crawl and walk, and it took her longer to develop speech. When she reached school age, she also began to experience learning difficulties.

Due to her disabilities, Rosemary was often left behind by her siblings, whose competitive nature was spurred on by their parents. Frustrated, she frequently threw tantrums and began having “fits,” which were later determined to be seizures. Her siblings did, at times, try to include her in their activities, but this had to be done under close supervision. 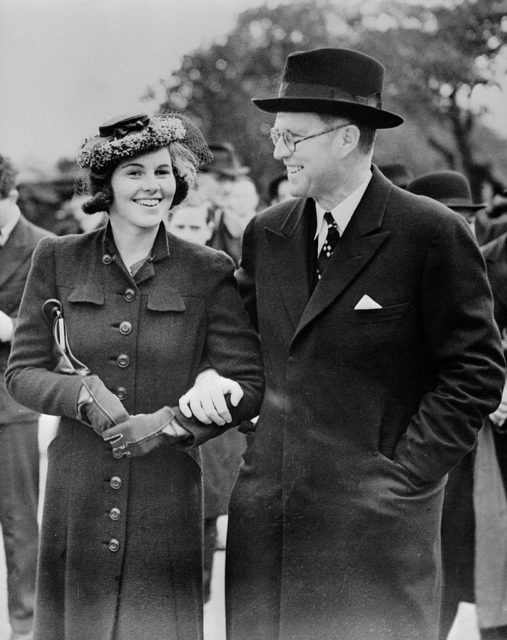 During the 1920s, mental health issues were highly stigmatized. This meant the Kennedys did what they could to keep Rosemary out of the public eye, not wanting to be associated with “defective genes.” She was eventually pulled out of school and taught by a tutor at home, after which she attended over a dozen “special schools.” These were chosen based on their support for children with special needs.

In 1938, President Franklin D. Roosevelt named Joe Sr. America’s ambassador to the United Kingdom. The entire family moved across the pond and were introduced to the British public by King George VI and Elizabeth, the Queen Mother at Buckingham Palace. Rosemary Kennedy was in attendance, and the media fawned over her. 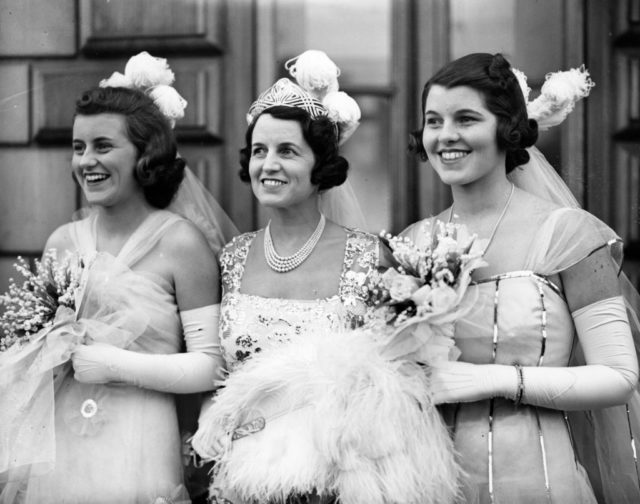 When Britain declared war on Germany in September 1939, Rose moved herself and the children back to the United States. Rosemary was the only one to stay in England with her father, largely because of how well she was doing in school. She’d enrolled in a convent school with a Montessori program, where she flourished under the guidance of her teachers.

With the war ramping up, Joe Sr. began to face backlash for his opinion that Britain wouldn’t win the war and “democracy was finished.” He also had German sympathies, making his removal as ambassador inevitable. The move back to the US occurred following the German invasion of Paris. 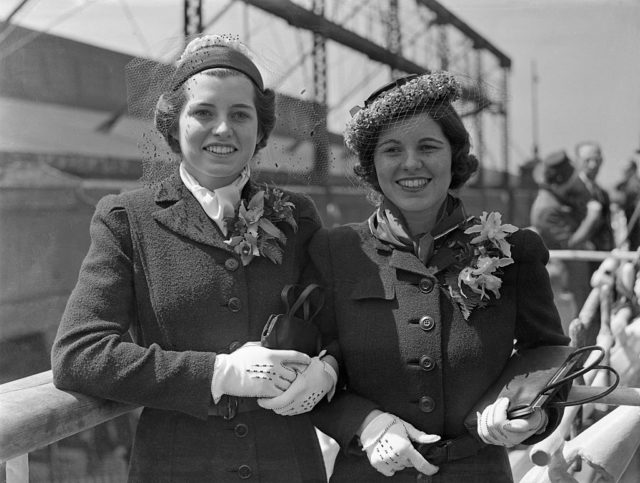 Eunice and Rosemary Kennedy aboard the SS Manhattan, sailing from New York on April 20, 1938, to join their parents in London. (Photo Credit: Bettmann / Getty Images)

Back in the US, Rosemary regressed. She didn’t have the same support she’d received in the UK and began acting out. She was expelled from a summer camp, and according to her sister, Eunice, suffered from temper tantrums and violent seizures. Writing about that time, she said, “Rosemary was not making progress, but seemed instead to be going backward. At 22, she was becoming increasingly irritable and difficult.”

Rosemary was placed in a convent, but this didn’t last long. According to the nuns, she snuck out at night and met strange men. Now an adult, she couldn’t understand why she wasn’t allowed to live a similar life to her siblings.

While Rosemary Kennedy was showing signs of regression and rebellion, Joe Sr. was preparing John F. Kennedy for a life in politics. (Joe Jr. was also slated to become a politician, but died while serving in the Second World War). The elder Kennedy worried Rosemary’s behavior would give the family a bad reputation, which would, in turn, affect JFK’s political career. As such, he began looking for ways to help her. 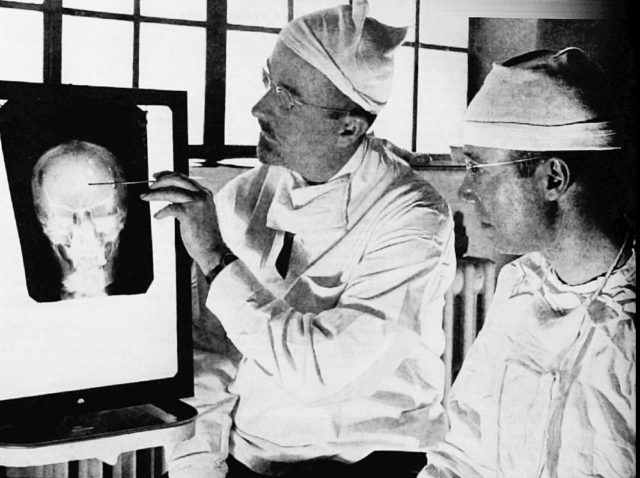 Joe Sr. eventually came upon Dr. Walter Freeman and his associate, Dr. James Watts. The pair were researching and practicing a medical procedure known as a lobotomy, which was said to cure mental and physical disabilities. Up to 5,000 were being performed in the US each year during the 1940s, and while there were some who praised the procedure, others felt it was detrimental to patients.

Without Rose’s knowledge, Joe Sr. arranged for Dr. Freeman to perform a lobotomy on Rosemary. The procedure itself wouldn’t become public knowledge until 1987. It was Joe Sr.’s belief that it would calm his daughter and prevent her violent mood swings. 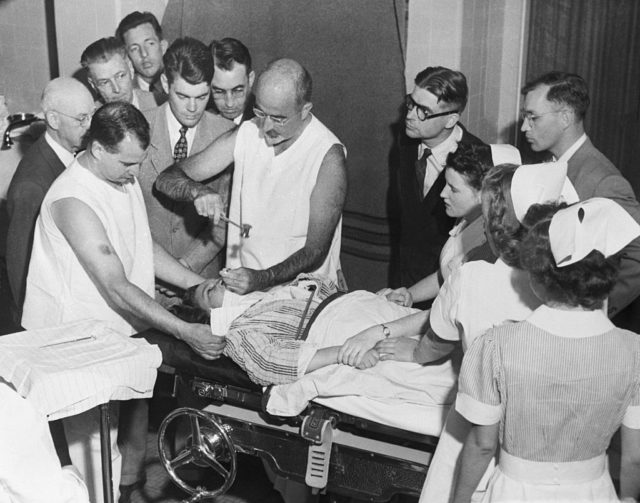 Dr. Walter Freeman performs a lobotomy using an instrument like an ice pick, which he invented for the procedure. Inserting the instrument under the upper eyelid of the patient, Dr. Freeman cuts nerve connections in the front part of the brain. (Photo Credit: Bettmann / Getty Images)

In November 1941, 23-year-old Rosemary was strapped to a chair while two holes were drilled into her skull. Small metal spatulas were then inserted, with the aim of severing the connection between the prefrontal cortex and the rest of the brain. Rosemary was awake throughout the duration of the procedure, speaking with doctors and reciting poems.

She soon stopped speaking, signaling to the Kennedys that something had gone terribly wrong. When she awoke, they found Rosemary could no longer walk or speak and was incontinent. What’s more, her mental capacity had been reduced to that of a two-year-old toddler.

Immediately following the lobotomy, Rosemary Kennedy was moved to Craig House, a private psychiatric hospital in New York. She spent several years there, undergoing physical therapy. However, she only regained partial movement in one arm.

In 1949, Rosemary was moved to St. Coletta School for Exceptional Children, a residential care facility in Jefferson, Wisconsin. While there, she spent decades without contact with her family. In fact, Rose only visited her daughter after Joe Sr. suffered a stroke in the 1960s. Unable to properly express herself, Rosemary attacked her mother in a panicked rage. 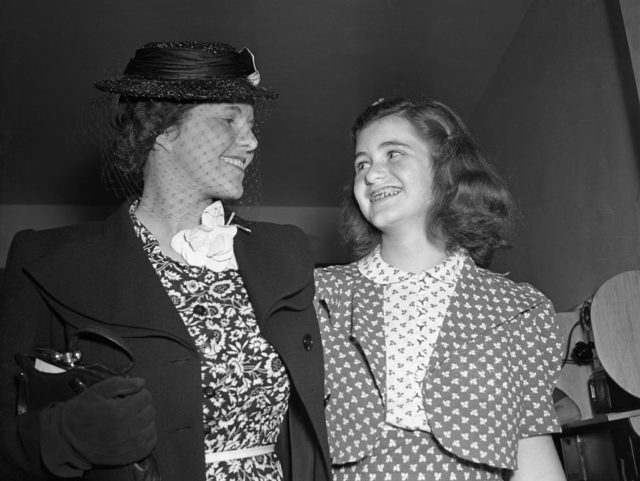 Following Joe Sr.’s death in November 1969, the Kennedys gradually began to involve Rosemary in their lives. They allowed her to visit relatives on the East Coast and took trips to the family home in Cape Cod. While she was able to walk by this point, albeit with a limp, her progress remained stagnant. She would occasionally show minor signs of progress, but by the last few years of her life was confined to a wheelchair.

More from us: The Business Savvy Behind the Kennedy Fortune

While hospitalized at Fort Atkinson Memorial Hospital, Rosemary Kennedy passed away of natural causes on January 7, 2005. The 86-year-old was surrounded by siblings Jean, Ted, Eunice and Patricia. Following the funeral, she was buried beside her parents in Holyhood Cemetery, in Brookline.

« These ‘Facts’ about the Old West Are a Little Too Wild! Here’s Why
The Houdini Death Mystery: Appendicitis or a Spiritualistic Plot? »