These ‘Facts’ about the Old West Are a Little Too Wild! Here’s Why

Think you know about cowboys and the Wild West? The movies and shows are everywhere, but does Hollywood always present an accurate picture of the times? Of course not.

Still, there are certain facts people take as truth which turn out to be total horsesh… oes. Let’s separate the myth from the nitty gritty…

Cowboys wear stetsons. Or rather, they don’t. Hats were worn, that’s for sure, and some may have chosen to don a ten-gallon special. Yet the image of a range rider sporting that distinctive headgear is more fiction than fact. As Past Factory points out, it really wasn’t practical for a gallop through the plains. 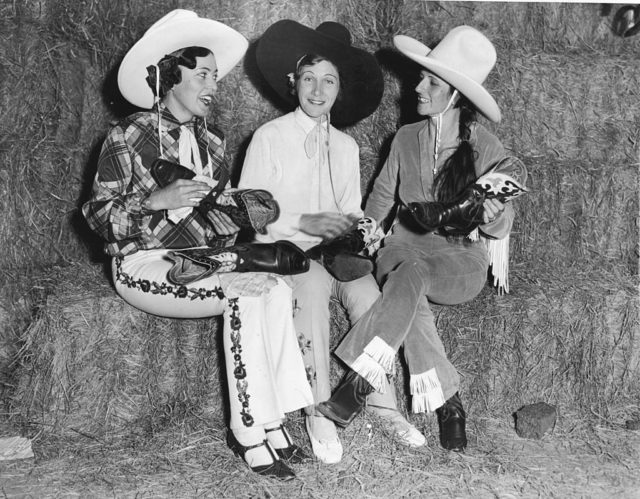 The Wild West had a precarious grip on law and order, with officials struggling to keep the peace against a sea of bandits and general wrongdoers. Watch a bunch of John Wayne flicks and that’s the impression you’ll get.

In actual fact, the West was won using a fair amount of cooperation and understanding. Face it, if every dispute ended bloodily then there wouldn’t have been many folks left to call the place home!

Live Science writes: “the West was a lot tamer than it’s often portrayed in popular culture,” though adds, “certain areas did have dangerous undercurrents of violence.” That said, big screen staples such as barroom brawls and bank robberies were less common than people think. 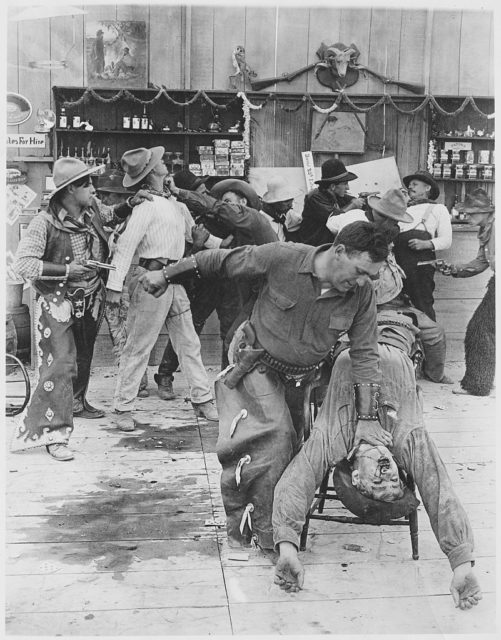 Eat lead… or not?

This surprisingly violence-free landscape didn’t echo with the sound of bullets either. You couldn’t just whip out your six-shooter and spray an opponent with lead. Guns were useful for dealing with animals. The human world however comes with rules and regs.

Smithsonian Magazine quotes constitutional law expert Adam Winkler who states a truly attention-grabbing fact: “Today, you’re allowed to carry a gun without a license or permit on Tombstone streets. Back in the 1880s, you weren’t.”

Speaking of Tombstone, this legal detail impacted on a notorious incident in the town. We’ll talk about that later. 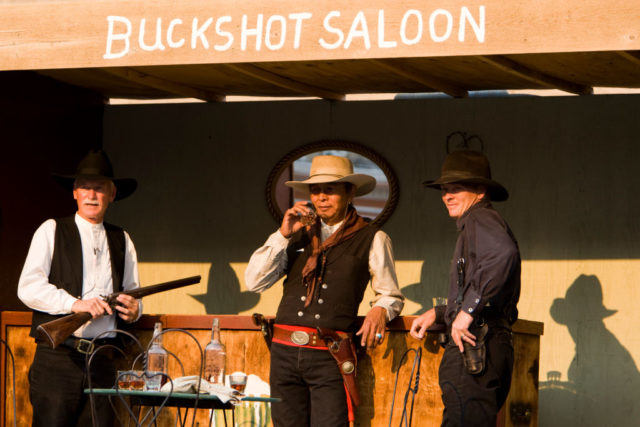 What in tarnation is a tumbleweed?

Tumbleweeds weren’t a big feature of the Old West until late in the day. The 1870s saw the bouncy ball-shaped plant land on US shores, possibly via a Russian seed import.

This new arrival grew everywhere and became an unmistakable part of the scenery. So, next time you see a weed blowing casually across the screen, know that it’s probably not supposed to be there. Looks cool though, right? 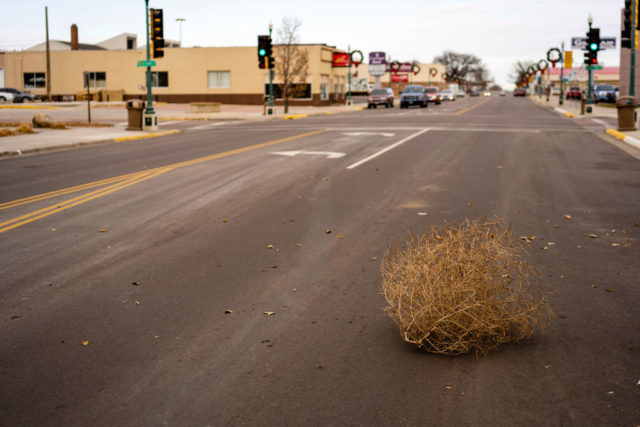 Men rode tall in the saddle?

Because the average height of a man back then was approx 5 feet, riding tall was a little difficult. If someone appeared to be big, a quick jump down from the saddle tended to shatter any illusions.

The ‘American as apple pie’ image of cowboys isn’t an accurate one. The business of saddling up and herding your heart out came from “Vaqueros,” who are of Mexican origin. As explained by History, the word derives from “vaca,” which is Spanish for cow.

Arrivals from Spain would “build ranches to raise cattle and other livestock” in the early 16th century. “Horses were imported from Spain and put to work on the ranches.” When the 18th century rolled around, ranchers and the Vaquero system of driving cattle entered the culture in places like New Mexico and, of course, Texas. 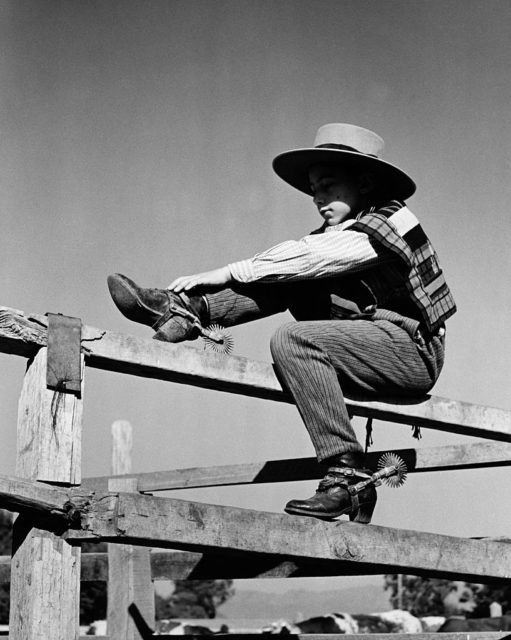 A young Vaquero adjusts his spurs as he sits on a ranch fence. (Photo Credit: Hulton-Deutsch Collection/CORBIS/Corbis via Getty Images)

From 1848, the finding of gold in California led to a historical legend that defined the words “Gold Rush.” Potential prospectors hauled their masses across to where the action was.

A person could get rich with the blow of a hammer. It’s easy to forget then, that this wasn’t a new thing. The first bona fide gold on record in the US was unearthed half a century earlier.

Grunge mentions that a 12-year-old boy managed to obtain all that glitters when “a 17-pound chunk of the precious metal was discovered in Cabarrus County, North Carolina.” There then followed the state’s “30-year reign as the champions of American gold.” 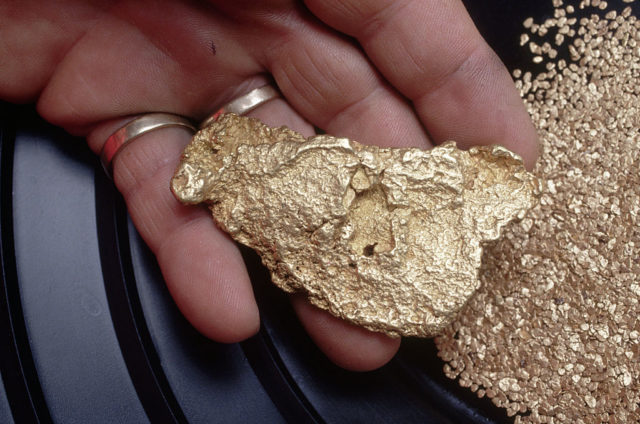 Cowboys rode horses, that fact is indisputable. But we’ll tell you about one animal you don’t see much of in Western movies, if any… camels. It wasn’t unknown for a dude to saddle up a hump-backed mammal for a trek across country.

How did camels end up in the American West? In 1855, Secretary of War Jefferson Davis oversaw the introduction of these desert-based wonders to the landscape. The military applications seemed surprisingly effective. “They could survive without water for long stretches of time,” National Geographic writes, as well as “manage heavy loads, travel more than 30 miles a day” and eat less food than their hoofed counterparts. 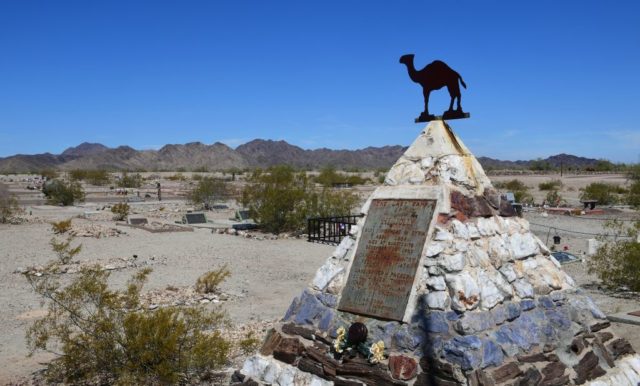 A tomb topped with a camel reminds visitors of a slice of American history when camels roamed the Southwest at Hi Jolly’s Tomb at the Quartzsite cemetery in the Sonoran desert town of Quartzsite, Arizona on July 3, 2019. (Photo by Frederic J. BROWN / AFP) (Photo by FREDERIC J. BROWN/AFP via Getty Images)

Eventually the use of camels died out, in part due to their assorted bad smells and bodily functions. They were part of the slave trade, as outlined further by National Geographic, and became nature’s stragglers. A stray camel even lay behind a monstrous legend known as the Red Ghost.

“Cowboys vs Indians” hasn’t been part of the movie business for a while. Turns out hostilities weren’t as widespread as first thought.

Referring to the book Hard Road West by Keith Heyer Meldahl, Past Factory notes that a relatively small 426 deaths befell settlers, compared to “the 30,000 deaths in that timespan” of Native Americans.

It happened at the O.K. Corral… OK?

The famous Gunfight at the O.K. Corral happened in Tombstone, Arizona in 1881.

Why was this 30-second slice of historical violence called that? Because it happened at the O.K. Corral – or place for keeping livestock – of course. Mind you, we should point out it didn’t.

Virgil Earp and co’s showdown with Claiborne, the Clanton brothers and the McLaury brothers happened “on the side of C. S. Fly’s Photographic Studio,” Fremont Street. The studio was reportedly “six doors down” from the iconic location writes Past Factory. 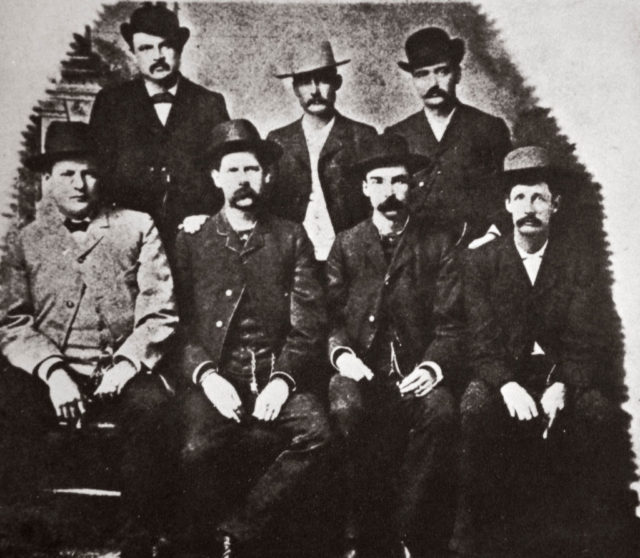 More from us: Doc Holliday Was A Bona Fide Tombstone Tooth Puller

Smithsonian Magazine recalls how gun control fueled the conflict, after Marshall Earp insisted his future opponents lay down their arms whilst in Tombstone. You were supposed to hand over your piece on arrival, something determined gunfighters weren’t prepared to stomach.

Clanton and the McLaurys died that afternoon of Wednesday, October 26th. Just not at the O.K. Corral!

« The First Bioterror Attack on US Soil was Caused by… Salads
Rosemary Kennedy: The Tragic Life of JFK’s Little Sister »