John Wayne was born Marion Robert Morrison in 1907, and he moved with his family to California in 1914. In high school, he was on both the football team and the debating team.

It was at this early age that he became known by his lifelong nickname of “Duke.” The Morrisons had a little Airedale Terrier that went everywhere with Wayne. Since the dog was called “Duke,” the pair were renamed “Big Duke” (the dog) and “Little Duke” (Wayne). Because he thought “Duke” sounded infinitely better than “Marion,” Wayne encouraged people to call him that instead. 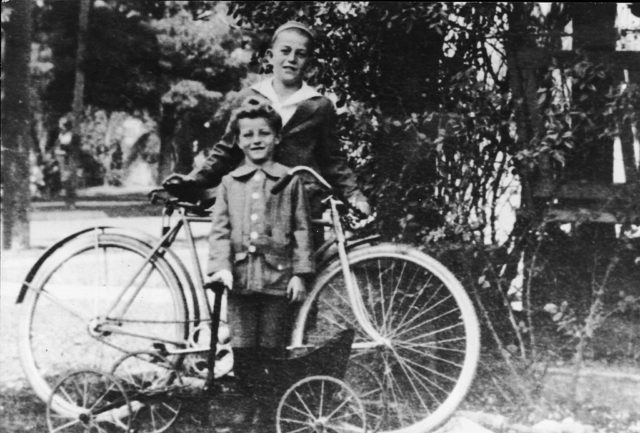 In 1925, Wayne started at the University of Southern California to which he’d won a football scholarship. He studied pre-law while playing as a linesman on the university’s football team.

Like many of his USC contemporaries, Wayne would go bodysurfing along the coast when he wasn’t in classes. But for Wayne, that hobby was going to have life-changing implications.

During one surfing session, Wayne was knocked off his board by a wave and forced underwater. The incident resulted in an injury to his shoulder. After that, although Wayne tried to bluff his way through football practice, his injury was too painful, and he ended up being cut from the team in his sophomore year.

Because he was at USC on a football scholarship, being cut from the team meant that Wayne now had to pay for boarding and tuition fees – something he was unable to do even when he took on various jobs, so he was forced to leave the university as well. 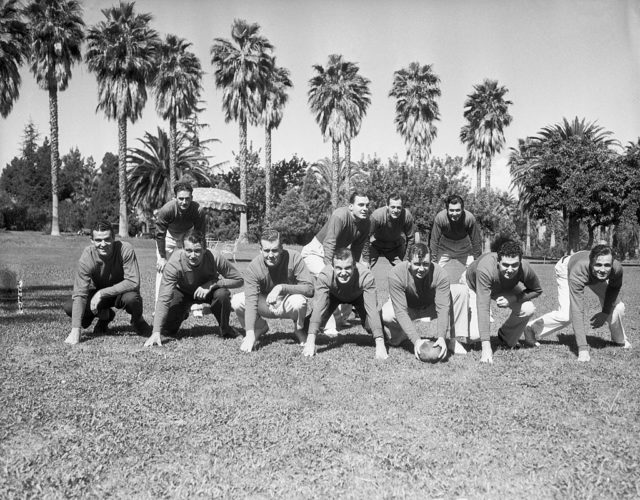 Working on set but behind the cameras

After leaving university, Wayne took on a variety of small jobs, including washing dishes and working at a phone company. However, sometime in either 1926 or 1927, his old football coach used his connections with director John Ford to help Wayne land a job in the prop department at Fox Studios.

Wayne worked behind the scenes of numerous films for the next three years. During this time, John Ford used him as an extra in a couple of Western movies.

One day, when he was moving furniture around a set, Wayne caught the eye of director Raoul Walsh, who decided to cast him in the leading role for The Big Trail in 1930. 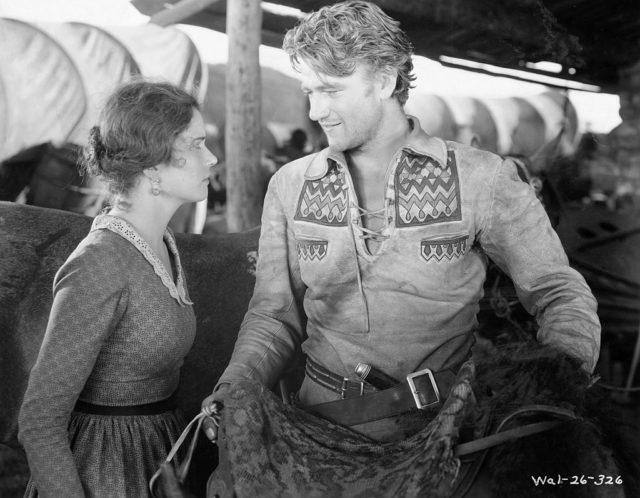 Unfortunately, the movie was a box office flop. Wayne didn’t give up his acting ambitions but instead worked on other small movies until John Ford once more came to the rescue and cast him in the 1939 movie Stagecoach. After that, the rest is history.

Newport Beach and “the Wedge”

In the 1930s, alterations were made to the area where Wayne had been injured, in an attempt to make it safer for boats. This was following the death of 15-year-old George Rogers Jr. in 1926. A polio sufferer, George wore leg braces; when his boat capsized due to the heavy waves around the harbor, George’s leg braces dragged him straight to the bottom. His body was never found.

In the following years, his father, George Rogers Sr., managed to raise approximately $2 million from federal aid and local donations to implement renovations that would make the harbor safer. 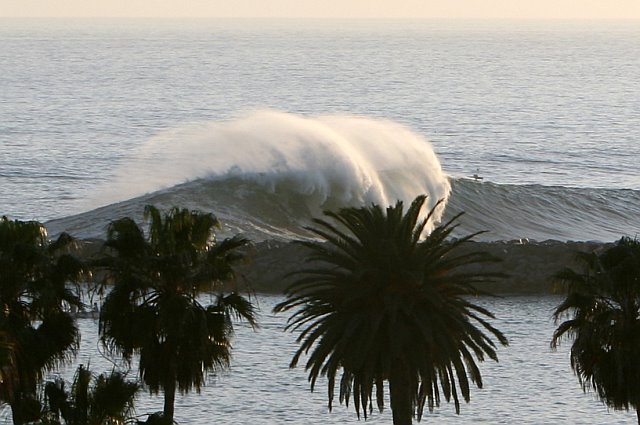 Huge 15-18 foot waves at The Wedge generated by a southern hemisphere swell in April of 2007 (Photo Credit: NBLG at the English-language Wikipedia, CC BY-SA 3.0)

An unintended consequence of these alterations was that waves approaching the shore from a certain angle would now reflect off the jetty, creating a second wave and forming peaks. This created exciting but dangerous conditions for surfers, who flocked from all over the country to try out this new effect. The location become known as the Wedge and is still a popular spot for surfers and bodysurfers.

Surfing had cost John Wayne his football dreams but given him a new passion for acting, and he continued to love the sea throughout his life. He kept his yacht, the Wild Goose, docked in Newport Beach Harbor, and he lived in the area for 14 years.

In October 1977, Architectural Digest wrote an article on his house, which is now available online. It describes how his house “though it occupies a splendid setting at the water’s edge facing Balboa Island – is simple and unpretentious.” 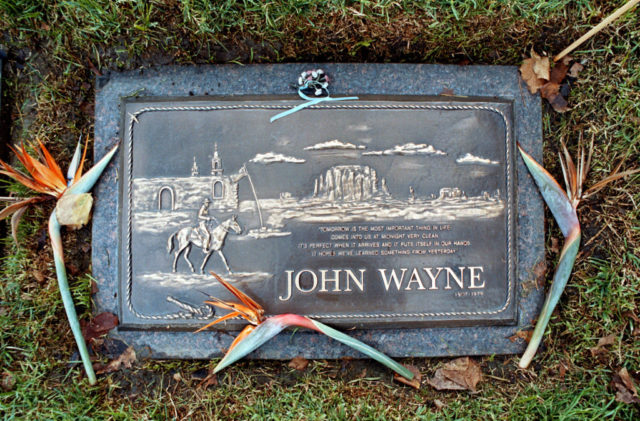 After Wayne died in 1979 of stomach cancer, he was buried in an unmarked grave at Pacific View Memorial Park overlooking Newport Beach.

More from us: John Wayne was Targeted for Assassination by Stalin

Eventually, a plaque was placed at his gravesite with the inscription: “Tomorrow is the most important thing in life. Comes into us at midnight very clean. It’s perfect when it arrives and it puts itself in our hands. It hopes we’ve learned something from yesterday.”

« Calamity Jane: The Woman Behind the Name and Rip-Roaring Musical
The Fierce Medieval Queens History Has All But Forgotten »