War veterans dedicated their lives to the service of their country and besides the unpayable debt that we owe them, the least they deserve is gratitude and respect. But sometimes they are forgotten, lost in unspoken history, and the stories about their bravery erased from our memories. 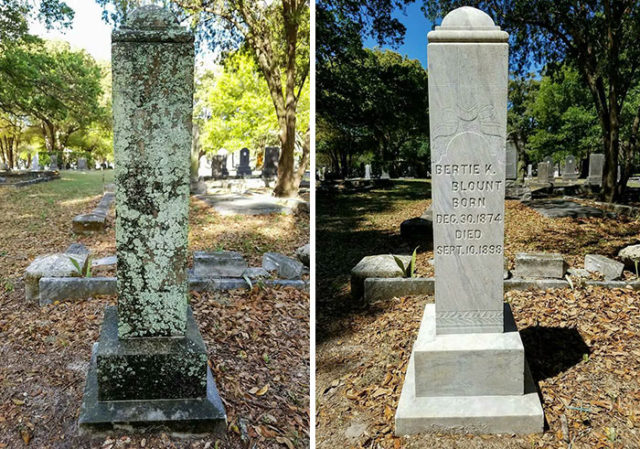 It is the duty of all American citizens to keep the memory of veteran’s sacrifice alive. Sometimes it is enough to tell a war story to younger generations, and sometimes people feel like nothing is enough. 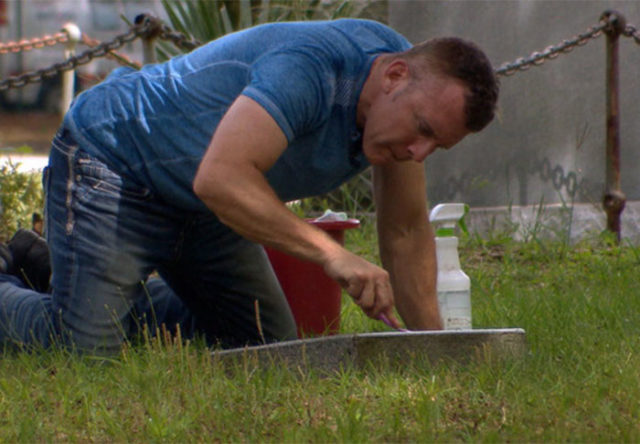 For 48-year-old Andrew Lumish from Land O’Lakes in Florida, dedicating his free time to restoring the grave markers of our veterans is the least he can do. Lumish is an amateur photographer who is passionate about history. And every Sunday, you will find him cleaning forgotten tombstones of military veterans in Florida. 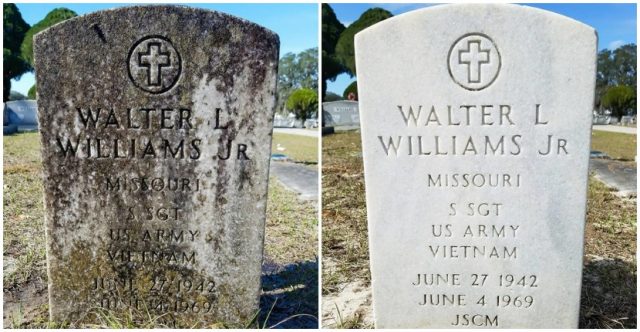 It all started in 2013, when Lumish went to Oaklawn Cemetery in downtown Tampa, Florida, to take some photographs, and realized that the final resting places of our veterans were forgotten. He found illegible tombstones, blackened by decades of weather, moss, mold, and mildew. 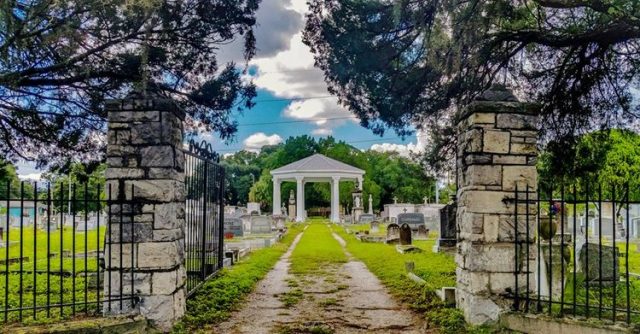 Lumish decided to do something about it. Even though he works six days a week as a carpet and upholstery cleaner, Andrew Lumish started spending his only day off scrubbing forgotten tombstones. 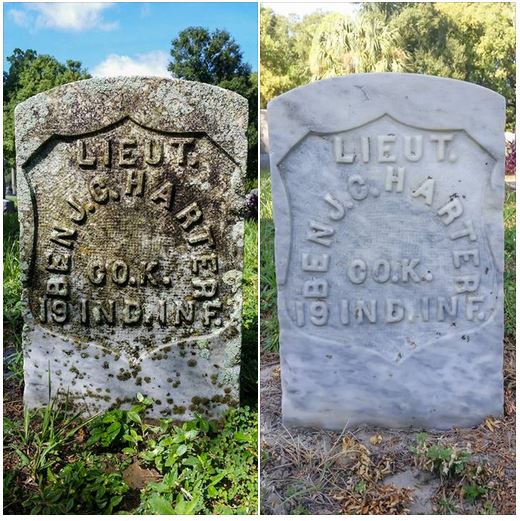 Soon, the Sunday hobby became Lumish’s life mission and he earned the nickname “the Good Cemeterian.” He believes that “If you restore the monuments, you can bring that person back to life.” 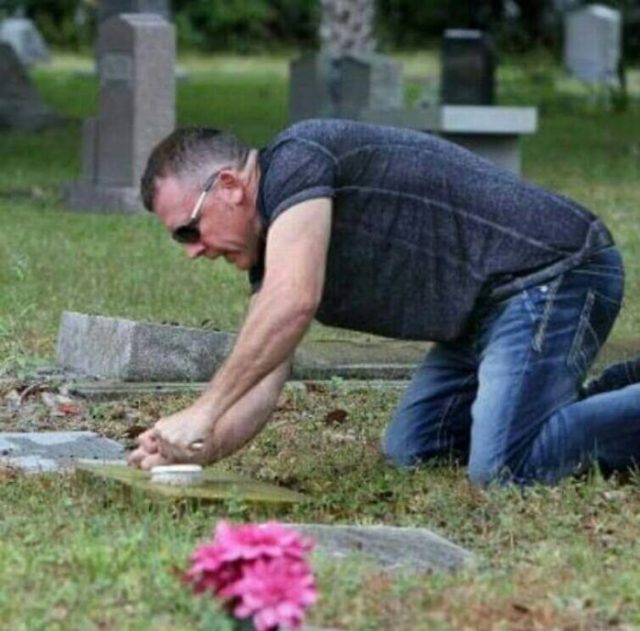 And that’s not all. He does everything possible to really bring forgotten veterans back to life. After revealing the name on the tombstone for all to see, Lumish takes the time to research the history of the person behind the name.

Then, he shares the stories on his project’s Facebook site “The Good Cemeterian.” The first tombstone he cleaned was of a Civil War veteran, Henry J. Fletcher. 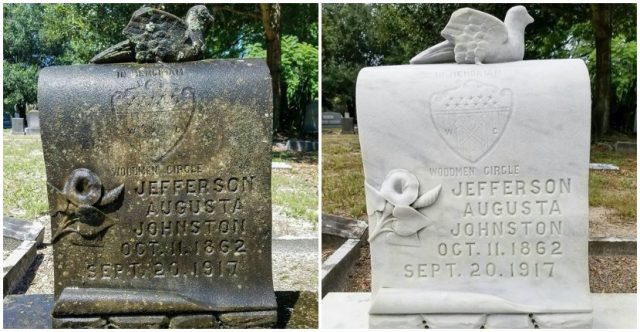 During Black History Month, Lumish shared stories of a few African-American veterans, celebrating their service and remembering their sacrifice for the country.

Many veterans and their families are very grateful to Lumish and support his work. The Good Cemetarian, on the other hand, told the CBS News that he feels unworthy of the same respect as the veterans who chose to serve the United States. 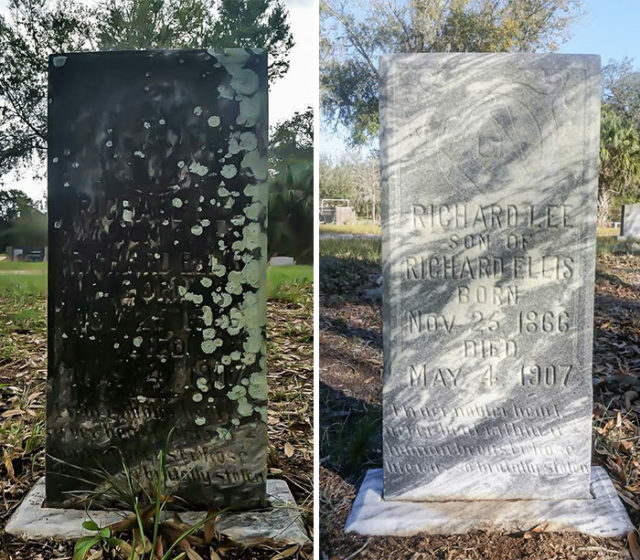 In an interview, Lumish said: “They fought for the freedoms that you and I enjoy today. If I know that they did these things for my future, my children’s future, and I see that they’re forgotten, I feel a sense of responsibility to give their family a little bit of light.” 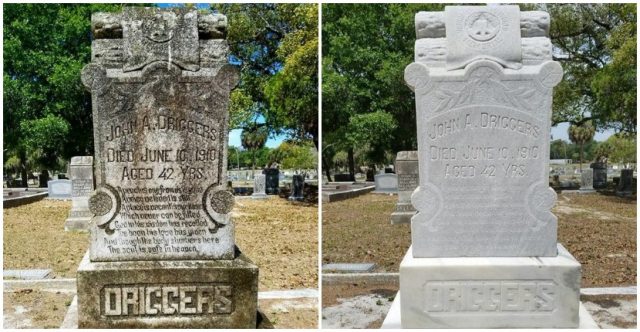 Although he is a professional cleaner, Lumish had never cleaned tombstones before. However, he developed his own unique method, using only one product -– D/2 Biological Solution. A pH neutral, biodegradable product, free of acids, bleach or chlorine, that is used for professionally cleaning marble, granite, and sandstone monuments. The results are stunning. 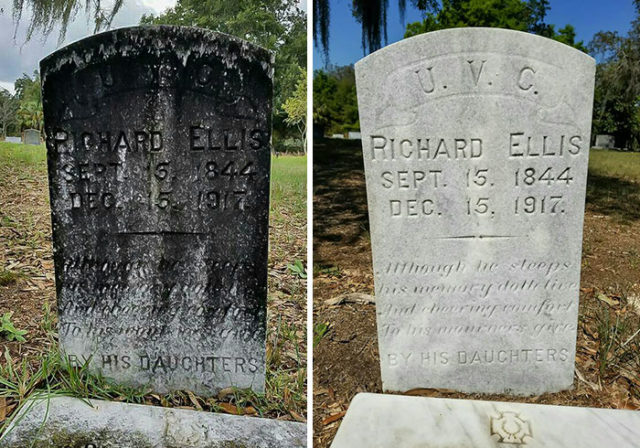 In an interview for the Tampa Bay Times, the Good Cemeterian said that up to November 2015, he had restored some 300 tombstones.

Lumish is also encouraging other people to start doing what he does, giving tips for cleaning on his website. He says that most of the time it requires only ten to fifteen minutes to clean one tombstone, but some can take hours.

To this day, Lumish passionately researches veteran’s histories and has cleaned over 800 tombstones in the Tampa area. His story has been featured on CBS, NBC, and FOX. He also founded a non-profit organization, in partnership with Jen Armbruster, called The Good Cemeterian Historical Preservation Project. The team aims towards preserving and honoring the past through inspiration and education. You can find out more at the website of The Good Cemeterian.