Some American icons carry a fair amount of baggage. John Wayne it seems has become one of those as a protest is underway at USC at an exhibition featuring him. The Western star packed a fair amount of controversy into his saddle bag as he rode his way to fame and fortune.

Even today his legacy is causing tensions. At his old alma mater of USC (University of Southern California) students are objecting to a celebratory exhibit of movie treasures, such as posters and correspondence from “the Duke” himself.

The items have been on display since 2012 but an old interview given by Wayne to Playboy in 1971 has stoked the embers. “I believe in white supremacy until the blacks are educated to a point of responsibility,” he commented. “I don’t believe in giving authority and positions of leadership and judgment to irresponsible people.” 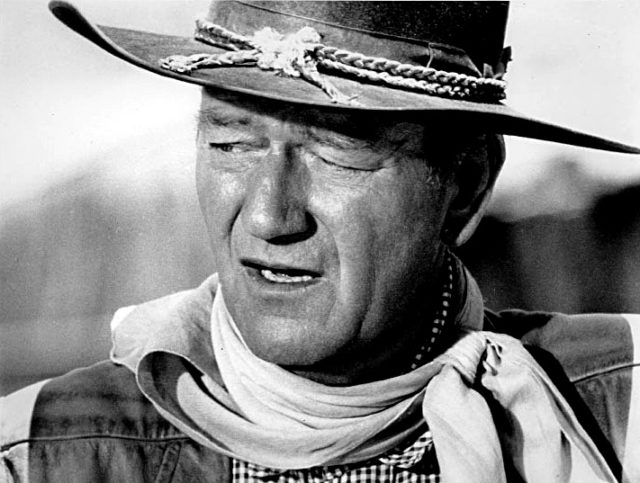 He also justified the foundation of modern America at the expense of Native Americans, and made derogatory remarks about the homosexuality portrayed in the film Midnight Cowboy (1969).

Student Eric Plant was far from impressed, placing a banner which accused the institution and its School of Cinematic Arts (SCA) of endorsing white supremacist views. 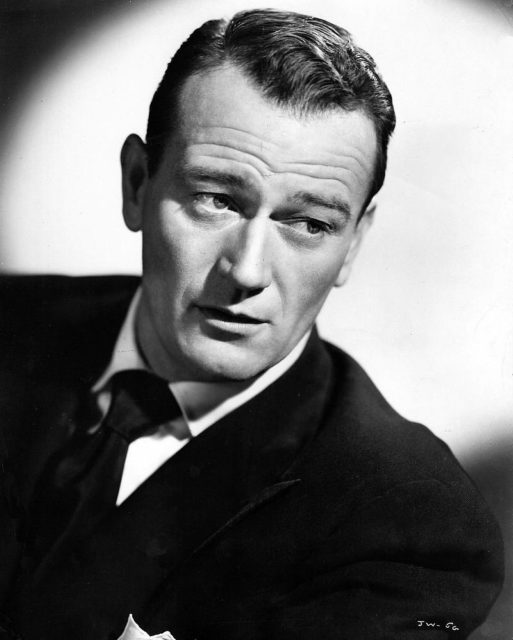 Speaking to Variety, Plant explained “every single day… I was going to stand outside SCA with this banner and essentially ruin their image that they’ve made for themselves.”

He hoped to have the exhibit removed, and didn’t have to wait long for a response. The university has promoted a discussion about the issues raised. They’ve added Wayne’s controversial interview to the display and an area for students to comment on the exhibit. Whether it stays or goes will be decided in a matter of weeks. 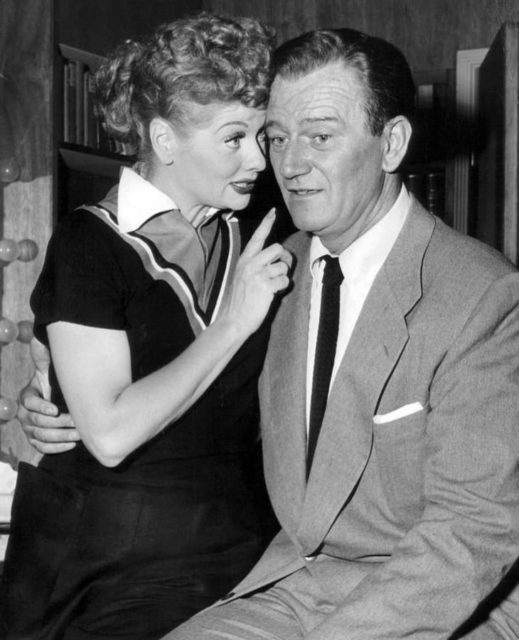 Others are supportive of the late actor. Chris Ford is the grandson of director John Ford, with whom Wayne made some of his most well-known movies including Stagecoach (1939), regarded as his breakout film, and The Searchers (1956). For him, it’s all a matter of context.

“I know John Wayne went out of his way to help all people,” he said, quoted by Variety. “I think the term [white supremacy] was used differently than what it would be now.” He added that Wayne didn’t support far right movements like the KKK.

Despite modern day protest, John Wayne looms larger than life. Son Patrick is also an actor and gave an interview to the official John Wayne website where talked about the character of his father. 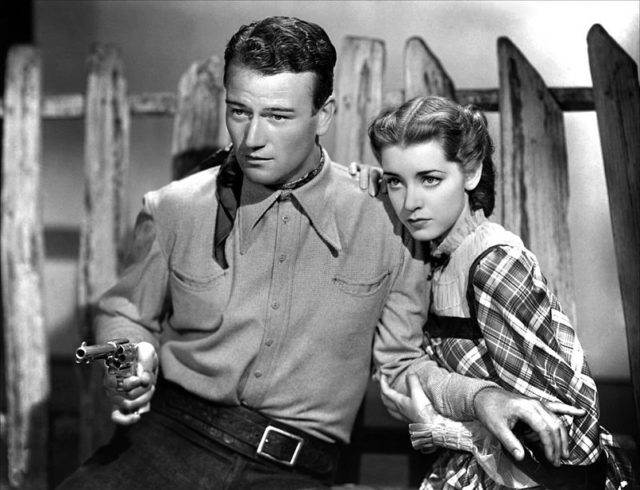 “My dad would walk on to a set and literally everything came to a standstill,” he said. “But within five minutes, he would disarm everyone… Part of his disarming charm was because he was sincere, engaged, and really listened.”

Expressing surprise at the Duke’s popularity amongst the young, he believes “there was something so decent about my dad, and there is just something really attractive about decency, especially today.”

Not that this is likely to sway aggrieved students at USC. The ongoing backlash against Wayne is fueled by more than just some quotes in an interview. In 1968 for example, he released The Green Berets, a film about the Vietnam War which was rather different to what audiences see from the likes of Oliver Stone and Stanley Kubrick.

Poster for the epic war film about the D-Day landings, in which Bill Millin is portrayed by Leslie de Laspee, the official piper to the Queen Mother. The cast includes John Wayne, Kenneth More, Sean Connery, and Henry Fonda among others.

Going against the grain of the anti-war movement, Wayne co-directed the picture (based on the book by Robin Moore) and worked alongside the White House in promoting a more patriotic message. “The Pentagon allowed Wayne lavish use of props and military bases for filming,” the Guardian wrote in 2014. The government “also retained script approval, and insisted on extensive and detailed changes to plot and dialogue.”

The critical reaction to the end product was negative. However George Takei appeared in the movie and found the experience a surprisingly positive one. When he met the Duke he put all his cards on the table.

“I felt that I needed to be honest, I had been active in the peace movement” he revealed in a 2014 NPR interview. “And so I told him that I’m one of your opponents in the political arena. I am opposed to the war… And John Wayne gave me that famous squint of his… and he said George, I want the best actor I can get. You know, we’re American citizens and we have our right to our opinions. I have mine and you have yours and I respect that. But I want the best actor that I can find.”

Would John Wayne have interacted so positively with the students who protest at his old haunt? That’s a question for the ages. In the meantime his critics await the outcome of USC’s decision…