Shel Silverstein’s writing (and now houseboat) has been much beloved by children and parents alike since the publication of his first book, Lafcadio, the Lion Who Shot Back in 1963. The following year he published four more books, including the Giving Tree, launching a legacy of beautiful and whimsical poems, songs, and stories. His writing wasn’t the only place where he indulged his sense of whimsy. 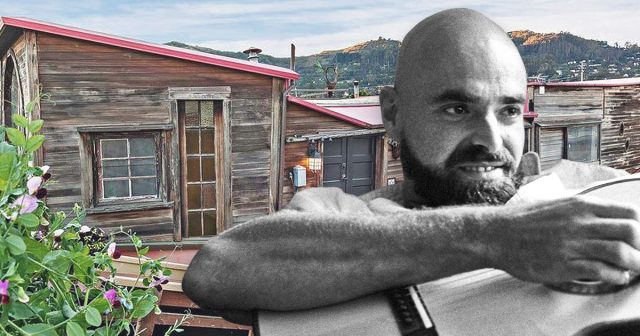 Shel Silverstein with his houseboat in the background. Getty Images 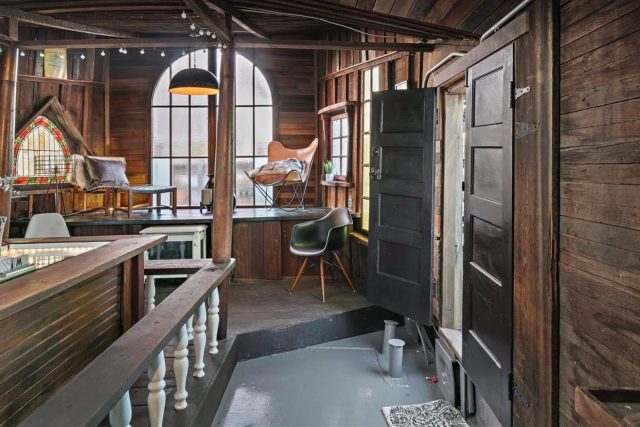 In 1967 he purchased a repurposed World War II-era balloon barge that had been turned into a houseboat in the years after the war ended. Over the intervening decades, the wooden structure fell into disrepair. Finally, in 2017, the boat was sold for $375,000 and the new owner gave it a massive facelift, according to a report in the LA Times. 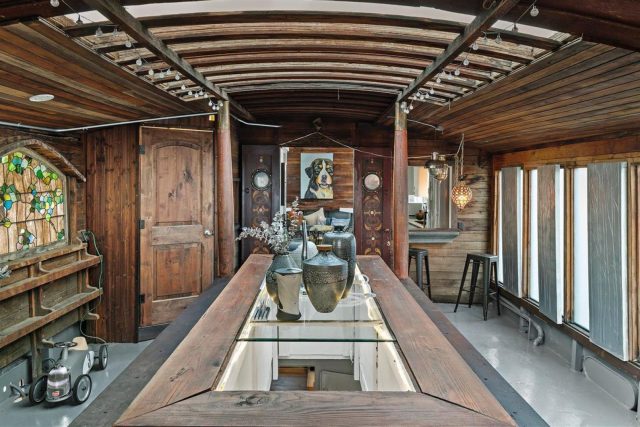 Now the houseboat is on the market again, but the price has risen substantially. It’s currently listed for a sizeable $783,000.
As previously mentioned, the boat was originally a balloon barge. Such boats were used as observation vessels and were protected from potential dive bombers through the use of barrage balloons, a protective array of balloons that were tethered around such boats using steel mooring cables. 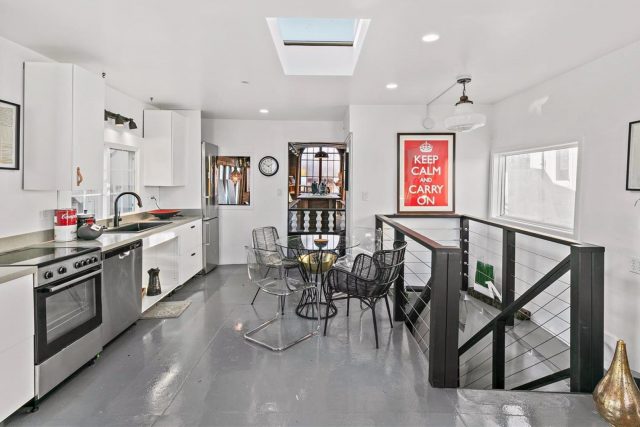 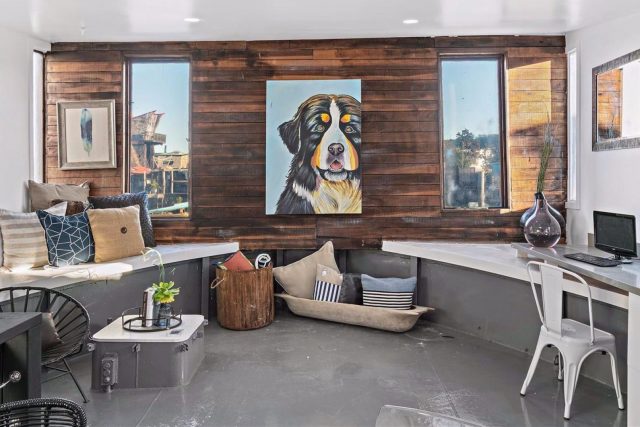 The cable could be lengthened or shortened, allowing friendly aircraft to fly through unharmed, but the cables proved dangerous for enemy aircraft that tried to fly through the balloons. After the barge was decommissioned, it was converted into a houseboat with 1,200 feet of living space that was built out of wood and featured several stained-glass windows. At some point, it was given the name Evil Eye, possibly as an homage to those windows, according to an article in Smithsonian magazine. 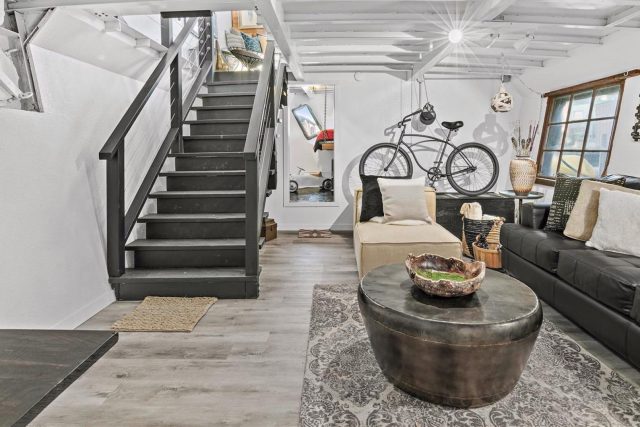 The boat has been moored in Sausalito, California, an area that, while not particularly glamorous, is very expensive. In the 1950s and ‘60s, the area was full of metal, wood, and other scrap, as well as abandoned boats. A number of artistic types and drifters made use of that material to construct living spaces for themselves, since it was much more affordable than more traditional housing in the Bay area. 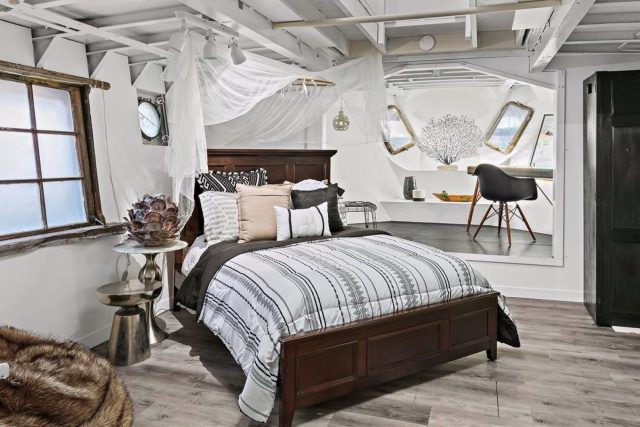 Despite owning, Silverstein didn’t really live on it, preferring to divide his time between New York, Massachusetts, and Florida. On his death, he left the boat to a friend named Larry Moyer. Moyer himself passed away in 2016, and the boat was sold the following year, and the listing realtor called it ‘a great opportunity to remodel.’ 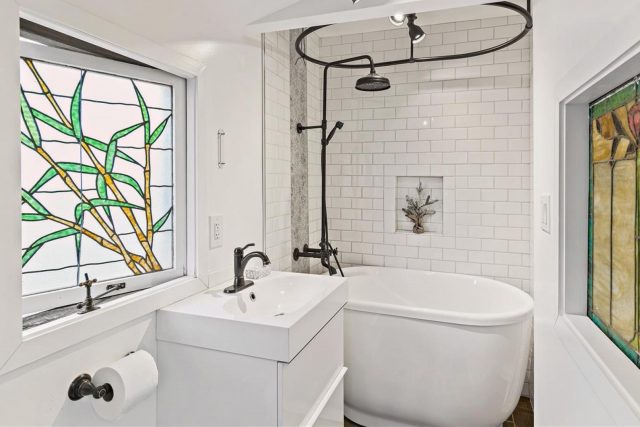 The new owner clearly took the realtor’s words to heart. The boat retains it’s weathered, whimsical, and even slightly dilapidated-looking exterior, but the interior is a different story. It contains two bedrooms, skylights, and an updated kitchen and bathroom. The main room on the first floor has remained largely untouched since Silverstein purchased it back in the ‘60s, and is funky and a little bohemian, and full of original wood. The room also has a large stained-glass window, and gets plenty of natural light from regular windows on the other side of the room and skylights overhead. 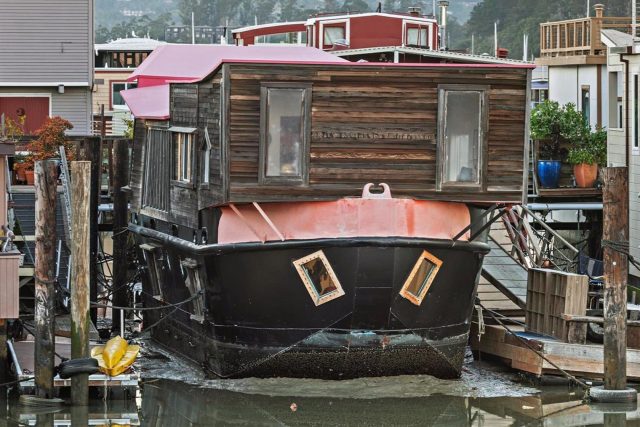 Much of the rest of Shel Silverstein’s former houseboat has been redone with lots of white to maximize the available light, and the kitchen has been fitted with white modern cabinets and stainless steel appliances. The bathroom features two more beautiful stained-glass windows, allowing light to enter the space, but retaining privacy.

Shel Silverstein’s former houseboat is floating in Richardson Bay, surrounded by other floating residences and having a wonderful view of the surrounding area. Despite the community’s slightly sketchy beginnings, it has since become one of the Bay area’s most exclusive real estate markets. If you are a fan of WW II history or a fan of Silverstein’s, and you have the cash, this boat would make a great home or holiday getaway spot for a couple or small family.