Want to live like a Prince in the West Indies? The former Bahamas home of throne abdicator Edward VIII and his beloved Wallis Simpson is on the market. The price? $8.5 million, cool enough to cut through the sub-tropical heat!

Old world glamor is strongly in evidence at Sigrist House. Located on Prospect Ridge (Cable Beach, Nassau), it was built by and named after aviator/film producer Frederick Sigrist. The estate covers 4 acres and features a 15,000 sq ft mansion.

Damianos Sotheby’s International Realty summarize the property as “Designed for gracious living in a bygone era”. This era is suggested by imported fireplaces from British country houses. The company’s listing also notes, “The Great Room and office are paneled with white mahogany hand selected in Honduras taken to England for milling then reassembled in Nassau.” 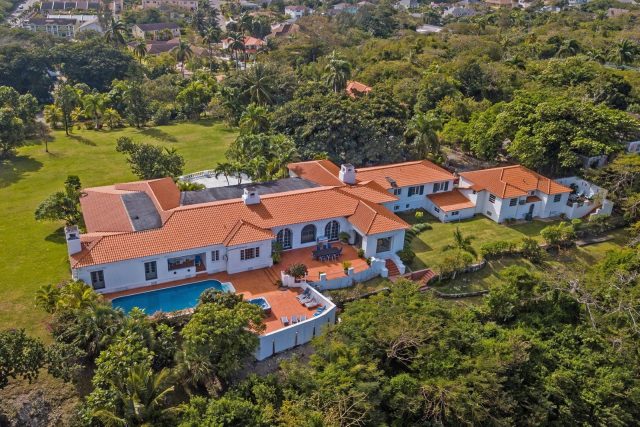 Continuing the mouth-watering tour of Sigrist House, Mental Floss talks about the “various restaurants, local shops, and a casino within walking distance”, plus the grounds’ “breathtaking views of the water, a pool, a spa, flower gardens, and fruit and coconut trees”. 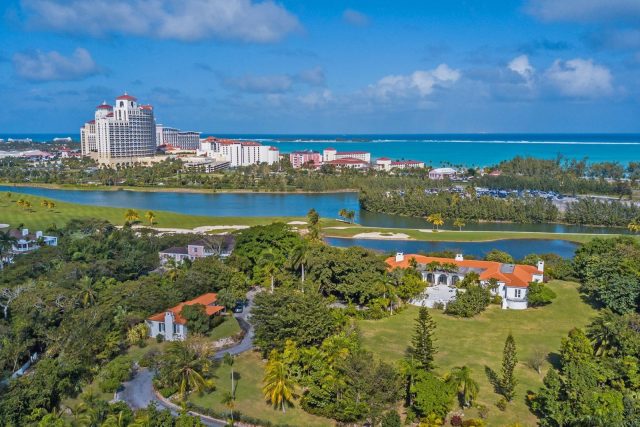 So what about the Royal connection? Sigrist House welcomed its most high profile residents when Edward (who had been demoted to Prince after his abdication) and “Mrs. Simpson” arrived there in 1940. Edward had just been appointed Governor of the Bahamas, but the original offering of Government House on Mt. Fitzwilliam didn’t pass muster. Smithsonian Magazine writes that it was “infested with termites, and after a chunk of ceiling plaster fell into the drawing room where Simpson was sitting, the pair decided to move out.” 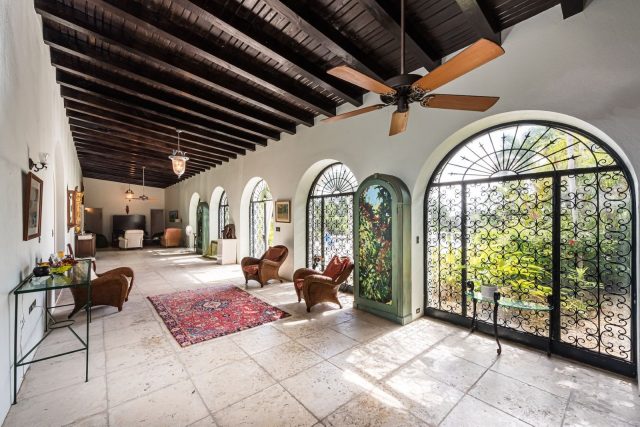 Despite an unpromising start to their time in the Bahamas, the home of Edward and the Royal couple may have found the place a welcome getaway. Edward, aka the Duke of Windsor, served as Governor till 1945. He’d stepped down as British monarch in 1936 so he could spend his life with Wallis, and this location was a better place to be romantic than most! 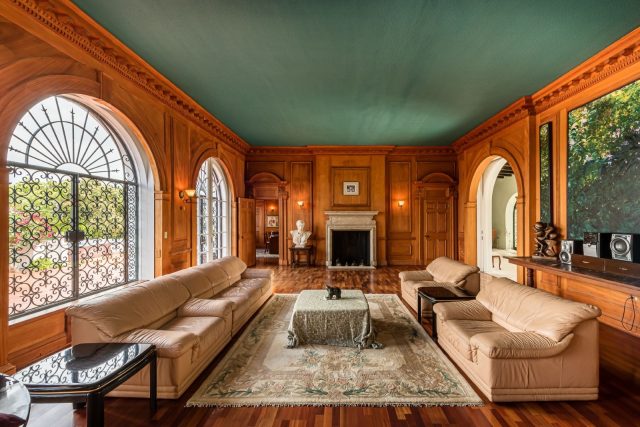 Wedding bells had rung in 1937. Their relationship fell foul of Royal convention, and his crowning only intensified the personal and constitutional dilemma. “To the Church of England and most British politicians, an American woman twice divorced was unacceptable as a prospective British queen,” writes History.com. The public were also reportedly against the union. Despite attempts to work around long-established protocol, the idea of Edward remaining King was arguably doomed from the start. He lasted less than 12 months in the role. 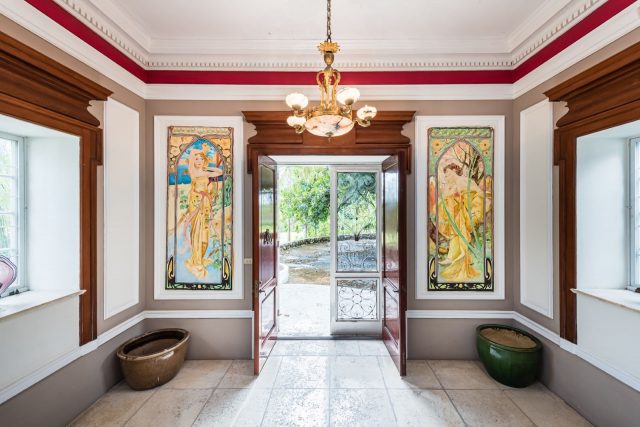 The situation was recently dramatized in Netflix series The Crown. Alex Jennings and Lia Williams played Edward and Mrs Simpson, with Sir Derek Jacobi and Geraldine Chaplin taking over to depict the former King’s final years. He died in Paris from throat cancer in 1972, aged 77. Wallis Simpson passed away 14 years later. They are buried alongside each other near Windsor Castle. 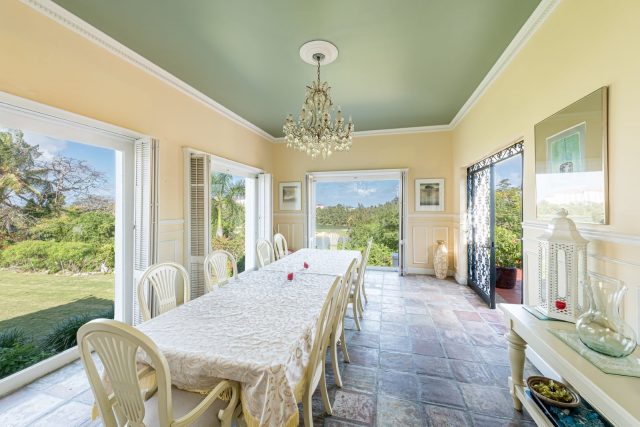 Edward’s reputation was questioned, but he had his allies. “Winston Churchill, then a Conservative backbencher, was the only notable politician to support Edward” the site adds. In fact Churchill was responsible for Edward going to the Bahamas in the first place. 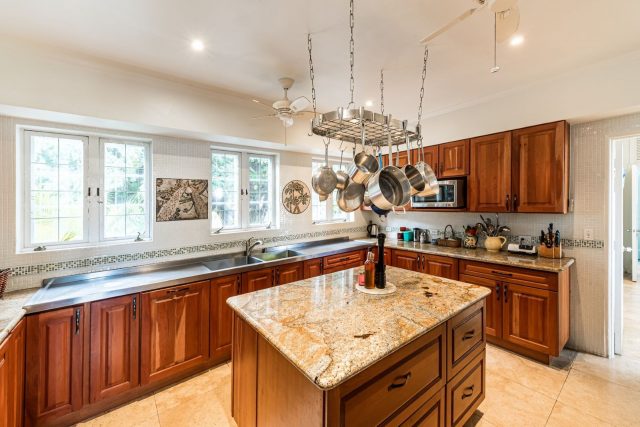 As mentioned in The Crown and elsewhere, Edward’s attitude toward the Nazis was problematic. To the extent that his association with Hitler was viewed as useful by the Reich. “During this period,” History.com writes, “the Nazis concocted a scheme to kidnap Edward with the intention of returning him to the British throne as a puppet king”. 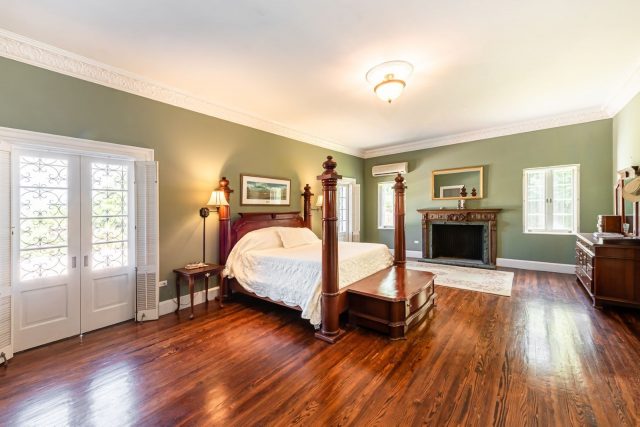 Edward’s function following his departure from the Palace was a source of debate. What to do with an ex-monarch who left the job under chaotic circumstances? A far flung and exotic locale provided the perfect solution. “Unaware of the Nazi kidnapping plot but conscious of Edward’s pre-war Nazi sympathies, Churchill hastily offered Edward the governorship”.

The move surprised the Nazis. “The duke and duchess set sail from Lisbon on August 1, 1940, narrowly escaping a Nazi SS team sent to seize them.” Prince Edward and his wife had landed home on the Bahamas as one of the luckiest couples on the planet!