Youtuber Emma Chamberlain has found herself in some hot water in the weeks following the 2022 Met Gala. Although she hosted the Gala and was dressed by Louis Vitton, her diamond Cartier necklace has caught the eyes of disapproving internet sleuths. The necklace she wore once belonged to the Maharaja of Patiala. Some claim that the necklace was stolen as it was never returned to its native country. Many believe it is poor taste to allow an influencer to “flaunt stolen goods” on the Met Gala’s red carpet. 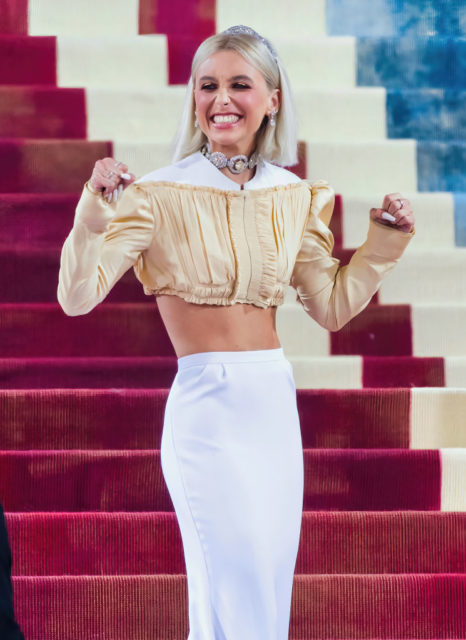 The diamond choker Chamberlain donned was once part of the famous Patiala Necklace. The Patiala Necklace was a piece of jewelry comprised of five chains and a neck collar. Cartier created the necklace in 1928 for Bhupinder Singh of Patiala, who was the Maharaja of Patiala.

The Maharaja of Patiala

Singh was an Indian royal, but also a cricket player. He ruled Patiala, one of the princely states of British India, between 1900 and his death in 1938. Although he saw many political accomplishments, including founding the State Bank of Patiala and putting his subjects’ needs first by introducing social reforms in the region, this is not what he is best known for.

Outside of his rule, he officially married 10 times as well as taking many additional consorts. It’s believed that from these many women he has an estimated 53 surviving children. He is often considered to be the most famous Maharaja of Patiala because of the success of his cricket and polo teams, as well as his extravagance, which is shown in the luxurious necklace that Cartier created for him. It is this incredibly famous necklace that is at the crux of his fame.

The Patiala Necklace featured over 2,900 diamonds, including the centerpiece, the “De Beers” diamond. At the time, it was the seventh-largest diamond in the world. 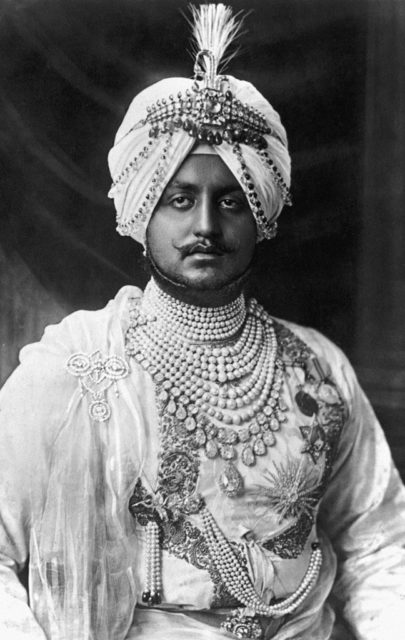 Bhupinder Singh, The Maharaja of Patiala (1891 – 1938) and one of the Indian rulers. (Photo Credit: Hulton Archive/ Getty Images)

Singh reached out to Cartier in 1925 to have this incredible piece of jewelry created. He apparently wanted to “update his heirloom into a collection that would put his fellow Indian rulers in the shade.” For such an important task, Cartier sent their head Parisian salesman M. Muffat. The pair met at the Claridge Hotel in Paris to discuss the design. With him, the Maharaja brought the heirlooms that he wanted to use in the necklace.

These included Burmese rubies, a large diamond, smaller white, brown, and yellow diamonds, red rubies, and green emeralds. He told the designer that he wanted them to be “reset in a more modern style, worthy of a king.” It took Cartier three years to finish the design, which they finished in 1928, that used the Maharaja’s jewels, as well as the addition of their own, but they were incredibly successful. So successful, in fact, that it would be one of the most expensive pieces ever made. 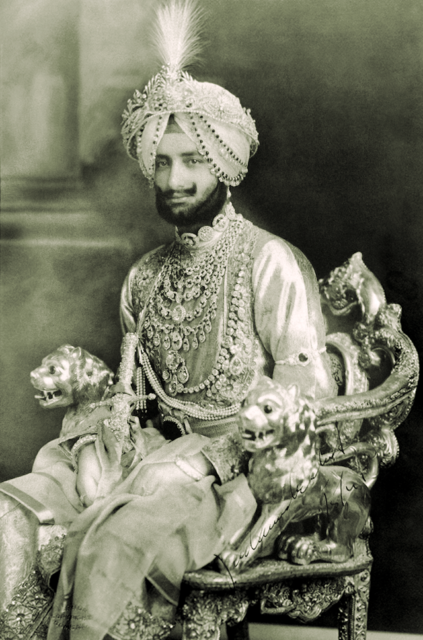 In 1948, the Patiala Necklace went missing from the Royal Treasury of Patiala. In 1982, at a Sotheby’s auction in Geneva, the De Beers diamond reappeared and was sold for a large sum. Although the huge, yellow diamond was now accounted for, the rest of the Patiala Necklace was still missing.

Sixteen years later, in 1998, the Patiala Necklace reappeared in a small antique shop in London, although it was (obviously) missing the De Beers diamond and many of the other larger diamonds and gemstones that were once associated with the necklace. Cartier then bought the incomplete necklace and attempted to restore it to resemble the original.

So why is Emma Chamberlin facing backlash for wearing part of the Patiala Necklace? Many people believe that given the necklace’s Indian heritage, the piece of jewelry should have been returned to India.

This year’s Met Gala theme was “Gilded Glamour,” referring to the two-decade period between 1870 and 1890. In an interview with Vogue, Chamberlain discussed the necklace she was wearing but didn’t discuss its history. She did say, “during the Gilded Age, it was all about being extravagant and I’ve never seen a more extravagant necklace.” 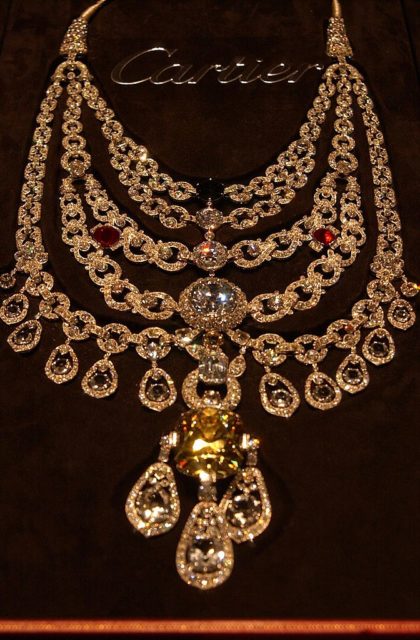 People took to social media platforms to address their outrage over Chamberlain wearing this necklace. One Twitter user wrote, “Emma Chamberlain wearing the diamond choker that was stolen from the Maharaja of Patiala is ironically very on point for the gilded glamour theme.” Another user tweeted, “Yes nothing screams Gilded Glamour – than wearing heritage jewels of colonized POC.”

Both Emma Chamberlain and Cartier faced considerable backlash for allowing an influencer to both wear and flaunt this stolen necklace. Up until now, most of the drama associated with the 2022 Met Gala involved Kim Kardashian wearing Marilyn Monroe’s 1962 ‘Happy Birthday Mr. President’ dress on the red carpet. Perhaps this newest controversy will serve as a history lesson for future celebrities.

« One Louder: ‘This is Spinal Tap’ Sequel Coming in 2024
This 1956 Mid-Air Collision Changed Aviation History Forever »