Walking into the Pinkerton National Detective Agency in 1856, Kate Warne had one thing on her mind – to become the first female detective. Little did she know she would become an influential figure in stopping an attempt to kill Abraham Lincoln.

Kate Warne was born in New York to a large, impoverished family in 1833. Growing up, she had always wanted to be an actress, but when she became widowed at the age of 23, she decided to answer a job ad for a detective in Chicago.

Not what he expected

When Allan Pinkerton, founder of the Pinkerton National Detective Agency in Chicago, first saw Kate Warne, a plain but intelligent-looking woman, enter the agency, he assumed she intended to apply for secretarial work. He was surprised to hear that she had no intention of performing secretarial duties and was instead was there to apply for the position of detective. 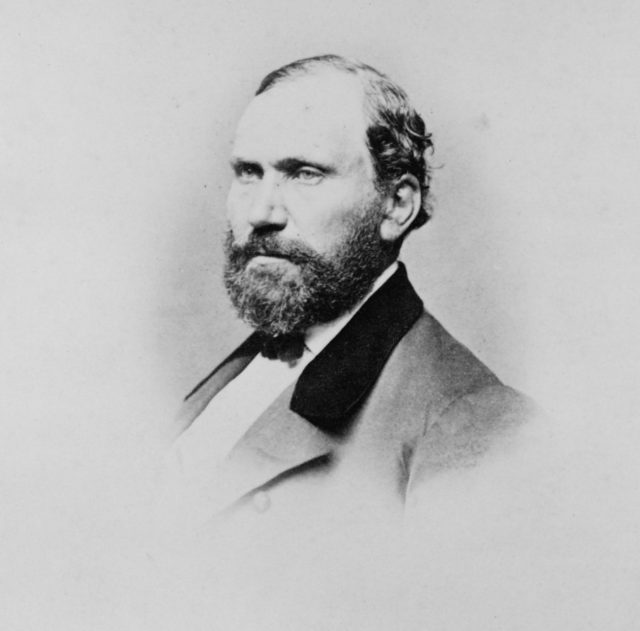 Although unconventional, Kate convinced Pinkerton that as a woman she would be able to infiltrate places and discover things male detectives would never be able to. She could befriend wives and sisters and discover information that would otherwise be lost to male investigators. Convinced, Pinkerton hired her on the spot.

She was right for the job

Kate Warne was put to the test when Pinkerton assigned her a case in 1858 where she was to find the person responsible for embezzling $50,000 from the Adams Express Company, a freight and cargo company. The main suspect in the case was Nathan Maroney, a company expressman. Kate, with her knack for acting, went undercover to befriend Mrs. Maroney and was able to acquire valuable evidence that found Mr. Maroney guilty of embezzlement. He was sentenced to 10 years in an Alabama prison and approximately $40,000 of the embezzled money was returned to the company thanks to Kate Warne.

Following her success with this case, Allan Pinkerton opened an entire Female Detective Bureau within his agency, headed by Warne herself. 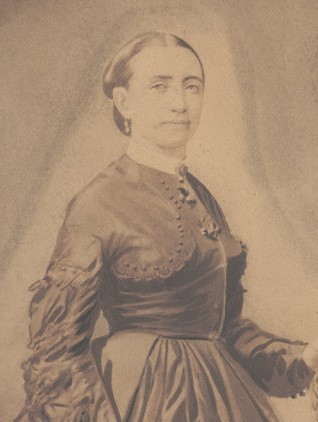 In 1861, Allan Pinkerton’s agency was employed by the president of the Philadelphia, Wilmington and Baltimore Railroad, Samuel L. Felton, to investigate secessionist activity targeting railroads in Maryland. They soon found that there was another plot afoot – one to assassinate President-elect Abraham Lincoln.

Responding quickly, Pinkerton sent five agents to Maryland to see what they could find out. Kate Warne was sent to Baltimore and easily infiltrated secessionist social gatherings under the guises of Mrs. Cherry and Mrs. Barley. She acted as a sweet and flirtatious southern belle and collected many pivotal details about the assassination plot. 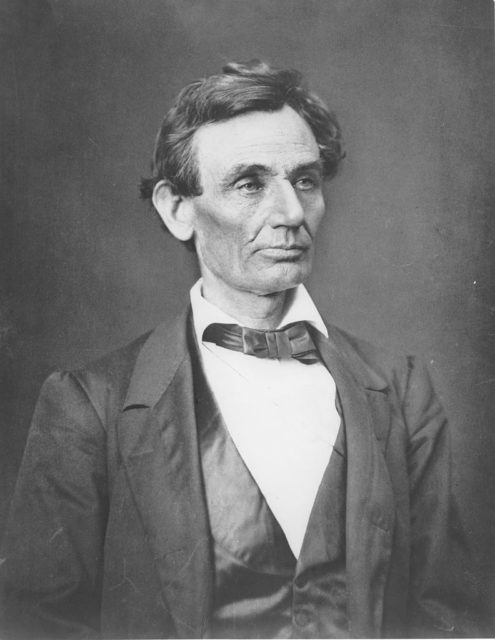 The plan was timed so that Abraham Lincoln would be assassinated during a train tour leading up to his presidential inauguration. Because of the way railroads were set up at the time, Lincoln was required to make a transfer between two separate train stations located about a mile apart in Baltimore. The secessionists planned on beginning a fight outside the station to distract the few policemen on site and give time for a mob to circle Lincoln and assassinate him there. They would then rush to a steamer boat that would be waiting at a nearby pier to help the secessionists flee to Virginia.

The plot is foiled

Hearing the details of this assassination plan from Kate Warne, Allan Pinkerton sent her to New York to inform Lincoln of the plot. Initially, Lincoln was not convinced an assassination plot could actually be in place. Instead, he insisted that he must carry on with his scheduled tour. It wasn’t until his future secretary of state, William H. Seward, told him he should believe the claim, as he’d heard from his own sources that it was true, that Lincoln agreed to change his plans and receive the protection of the Pinkerton National Detective Agency. 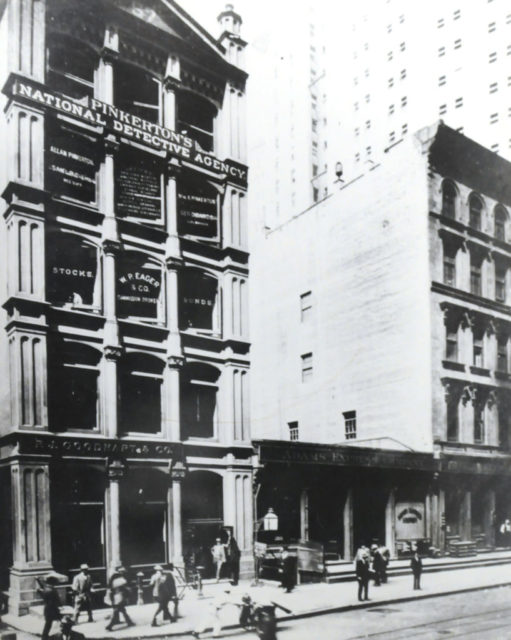 To get Abraham Lincoln through Baltimore safely, Kate Warne purchased tickets for an overnight train that would arrive in the city on February 23 at 3:30 am. Acting as his caregiver and sister, Warne asked Lincoln to dress in an old overcoat and felt hat and had him act as her invalid brother. Tipping the train conductor a half-dollar, she was able to secure an entire sleeping car on the train for herself, Abraham Lincoln, Allan Pinkerton, and Lincoln’s bodyguard, Ward Hill Lamon. 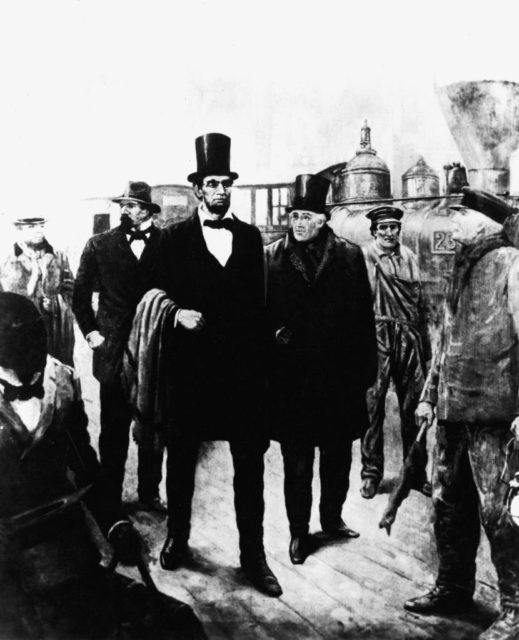 It is said that Kate Warne did not sleep the entire train ride, making sure Abraham Lincoln was safe and sound. They arrived safely in Washington, D.C. at 6:00 am, having successfully evaded the planned assassination in Baltimore.

After foiling the secessionists’ plan to assassinate Abraham Lincoln, Kate Warne remained at the Pinkerton National Detective Agency as Female Superintendent of Detectives. She continued to work cases that required her to adopt various aliases in order to infiltrate southern social gatherings. Having proven their success, Kate Warne and the Pinkerton National Detective Agency would begin to work for Civil War Union General George B. McClellan, collecting information regarding the war, in July of 1861. 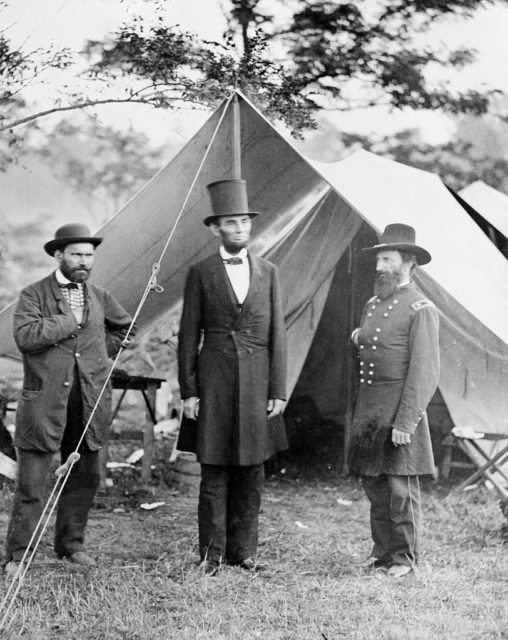 President Abraham Lincoln (C), flanked by Major Allan Pinkerton (L) of the Pinkerton National Detective Agency and General John A. McClernand (R), visits the Union camp at Sharpsburg, Maryland in October 1862, a few weeks after the Battle of Antietam. Lincoln visited the camp in an attempt to persuade General George McClellan to take his army on the attack. | Location: Near Sharpsburg, Maryland, USA. (Photo Credit: Bettmann / Contributor)

Ultimately, Abraham Lincoln was assassinated in 1865, but it is thanks to the hard undercover work of Kate Warne that he was not assassinated in Baltimore in 1861 before his presidential inauguration. As Warne said, male detectives would never have been able to uncover the things she uncovered to stop the assassination from happening.