The Georgia mansion that inspired one of the homes in Gone With the Wind will be auctioned at the end of July 2019.  Twelve Oaks is the name of the plantation home of the Wilkes family in the novel, and aristocratic Ashley Wilkes is the man that Scarlett O’Hara obsesses over for years, to the chagrin of Rhett Butler.

Built in 1836, this real-life “Gone With the Wind” Southern mansion in Covington, which was originally called the Harris Plantation, was named one of the Top 10 Antebellum Sites in Georgia and is on the National Register.  As the novel was being adapted, author Margaret Mitchell reportedly saw a photo of the home in the Atlanta Journal, and sent a clipping of it to the film’s production team with a handwritten note saying, “I like this for Ashley’s home.” 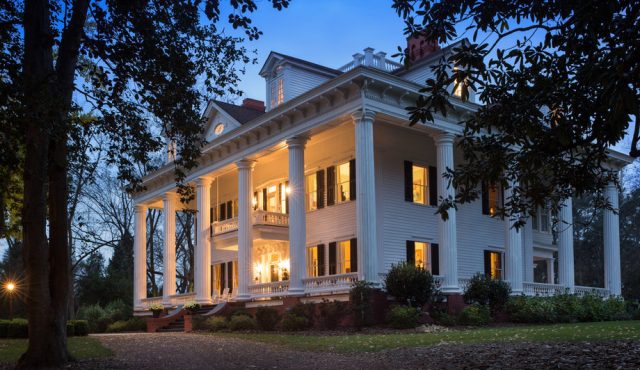 Eventually named Twelve Oaks, its most recent incarnation was as a bed and breakfast and event space. “The stately white pillar-covered mansion features more than 10,000 square feet of renovated space — over $2 million was spent fixing it up recently, according to a press release issued from Target Auction, the company overseeing the sale.” 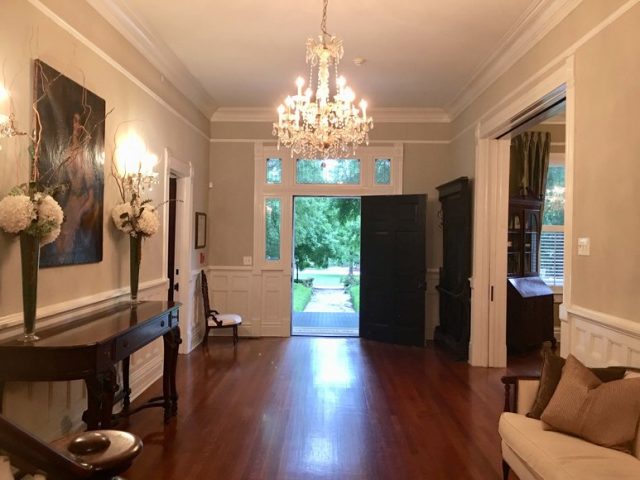 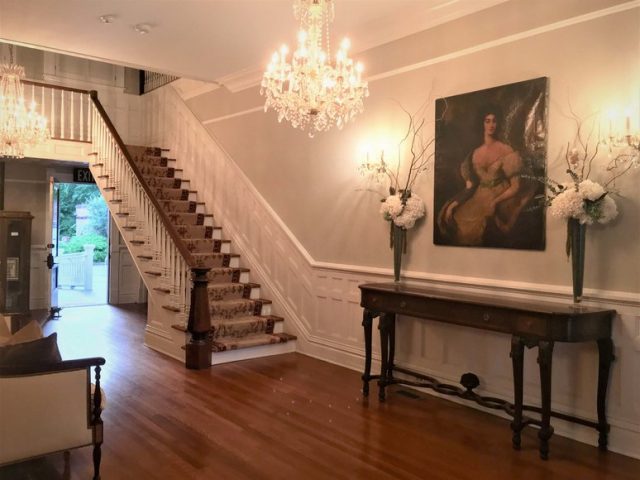 Today reported, “As for why they’re selling the property, the current owner explained in a statement: ‘We feel we’ve accomplished what we set out to do and we are ready to start a new adventure.’ “The live auction will take place at the property on July 25th.

According to Target Auction, “There are 12 large bedrooms and 12 1/2 luxurious baths along with a grand dining room, parlor, informal dining and living spaces and a chef’s dream kitchen. One of the baths includes a very rare antique luxury shower that is one of the only ones in the world. There are two bathtubs that cost over $14,000 each… The property sits on over 3 acres of gardens with a pool, gazebo, and pergola and with a 4-car historic carriage house.” 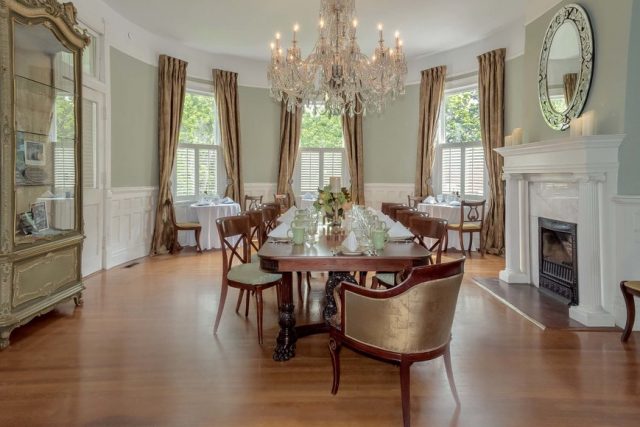 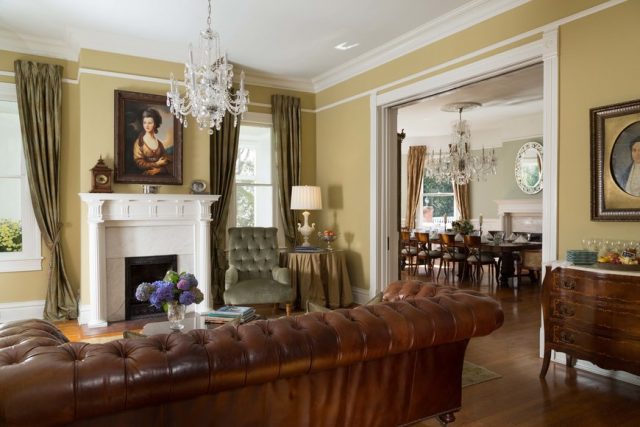 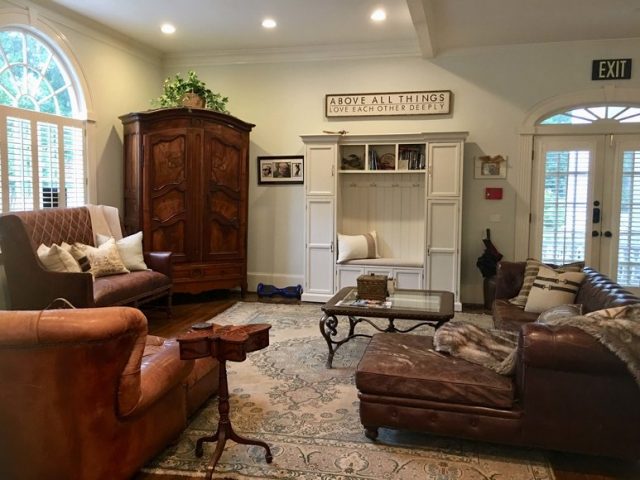 Covington, 35 miles from Atlanta, is known as the Hollywood of the South. More than 125 movies and TV shows have been filmed in and around there.  Inside the Twelve Oaks “Gone With the Wind” mansion are four reproductions of Scarlett’s (Vivien Leigh) gowns from the film as well as two of Rhett’s (Clark Gable) suits.

According to the website for Twelve Oaks, Judge John Harris built it as his townhouse in 1836. “He owned a large plantation near Covington that was pilfered by federal troops in 1864 when they were beginning Sherman’s march to the Sea,” said the site. “The Atlanta History Center has journal entries from Sherman and Harris describing details of Sherman’s thirty-day stay at the Harris Plantation.” 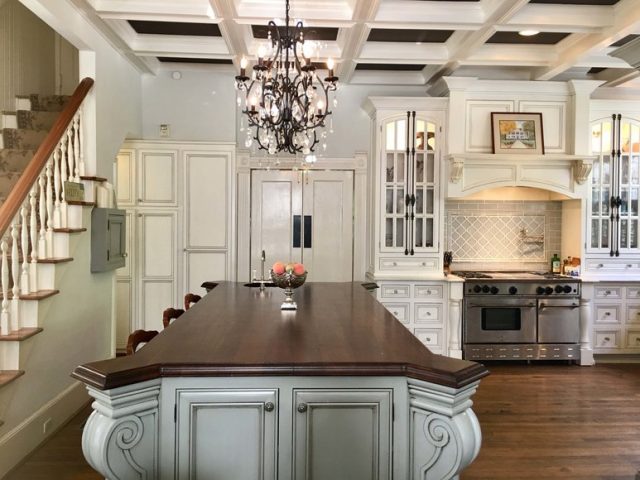 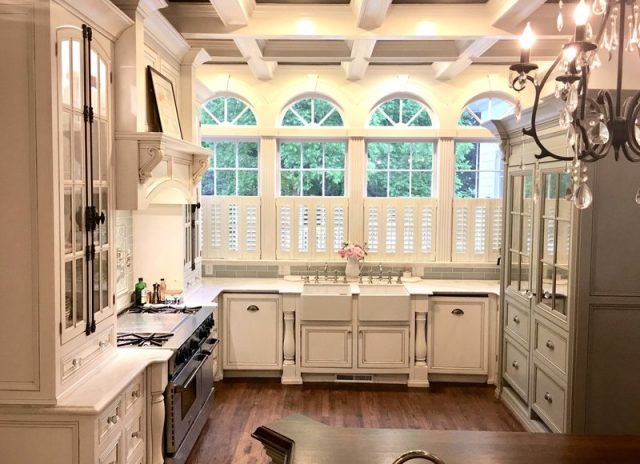 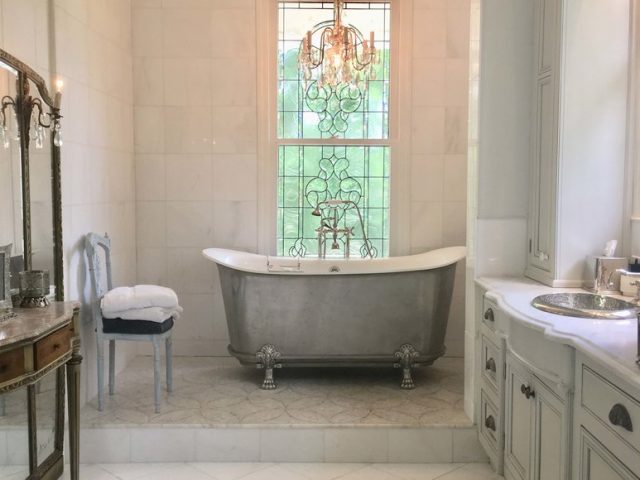 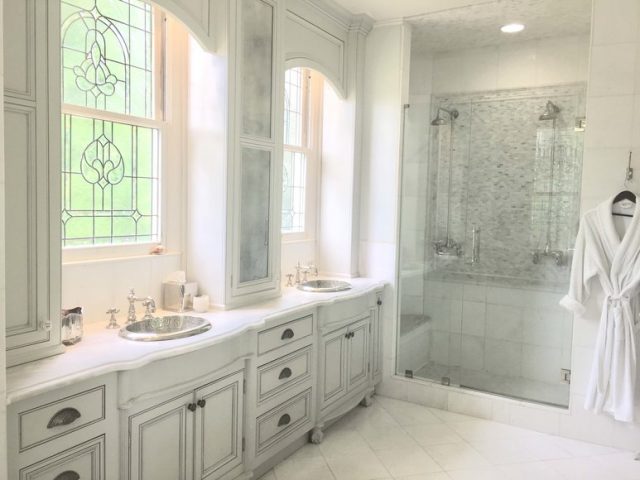 ​After the Civil War, Robert Franklin Wright bought the property for $1,000 and named it The Cedars.  The family refurbished the interior and added a boxwood garden to the rear of the mansion.  In 1903 they sold the home to Nathanial S. Turner, a cotton broker who owned Covington Mills. The home eventually acquired a new name, Whitehall.  However, the home fell into disrepair in the 1930s. 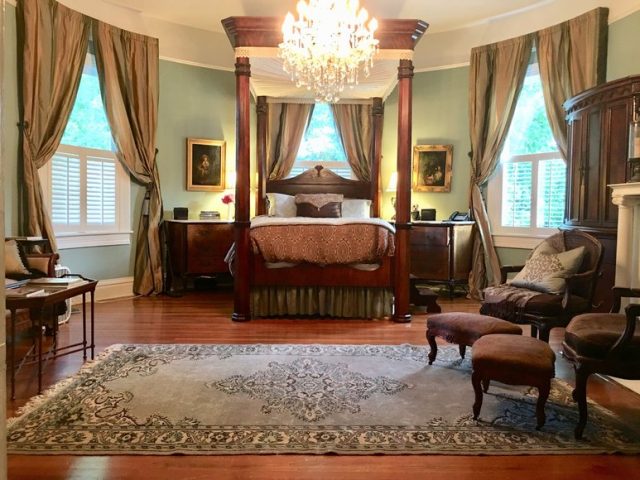 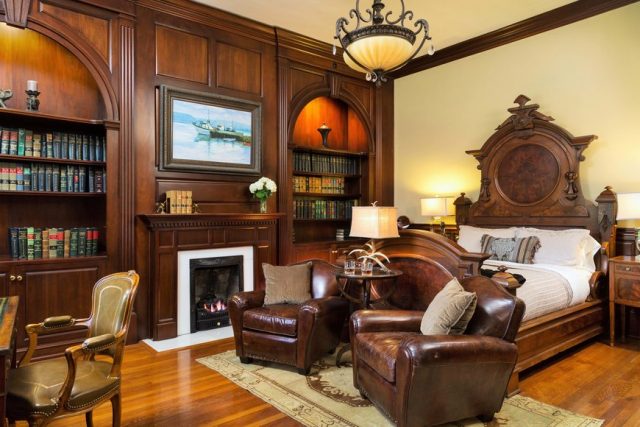 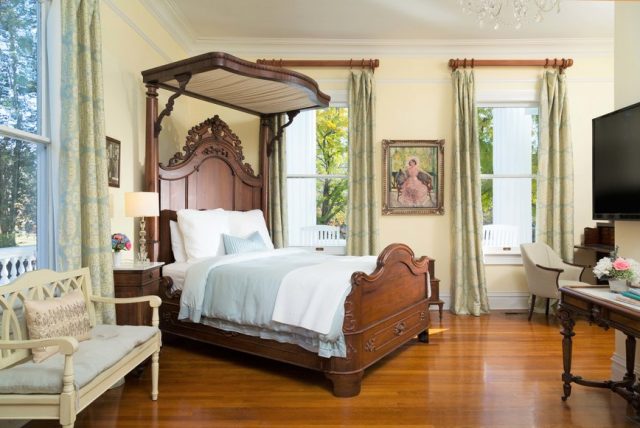 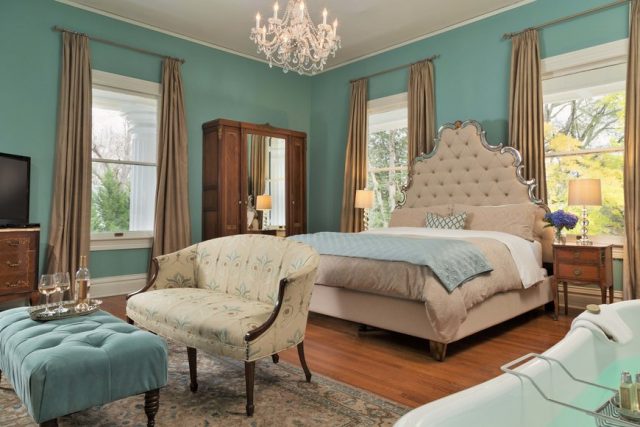 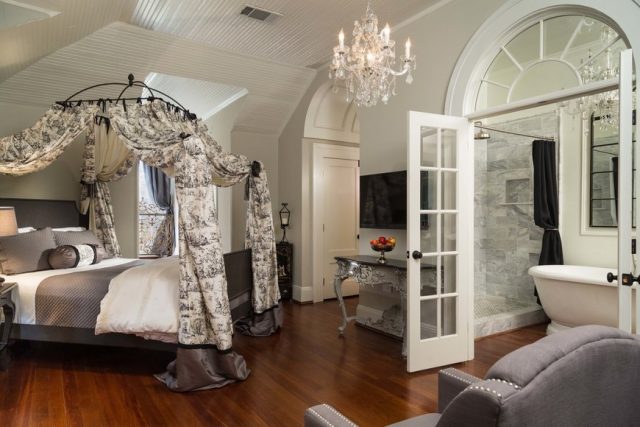 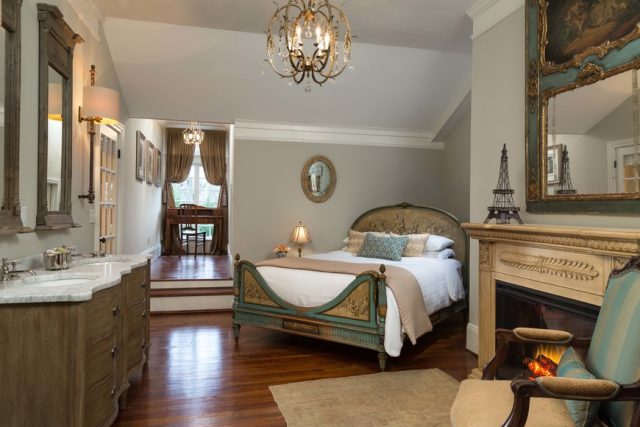 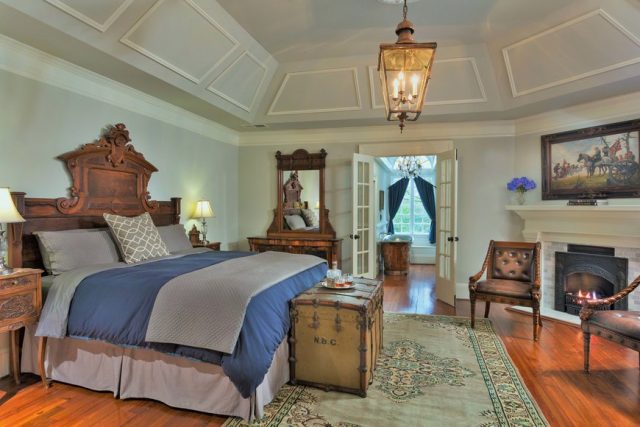 In the 1940s, following the production of the film Gone With the Wind, the mansion and the entire Covington area became a draw for tourists. An article published at the time said, “Covington’s beautiful old houses were first opened to the public in 1948 for a tour sponsored by the Covington Garden Club… More than 2,500 actually descended upon the little city…Police tried vainly to handle the constantly swelling tide which poured in…from all directions. Visitors came from as far away as New York and California. An antique dealer expressed amazement at the beautiful homes and their handsome furnishings.” 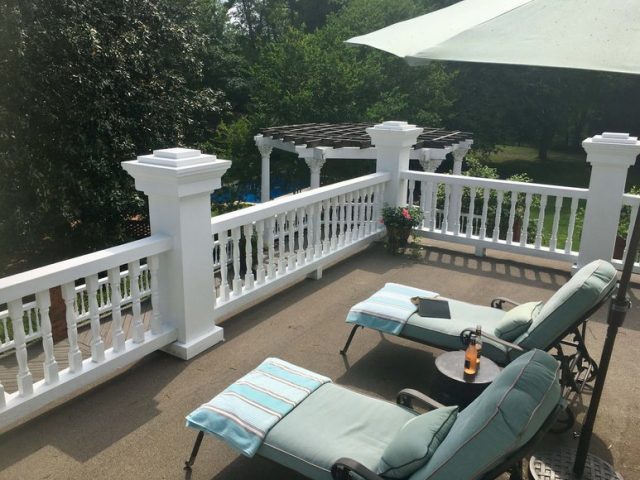 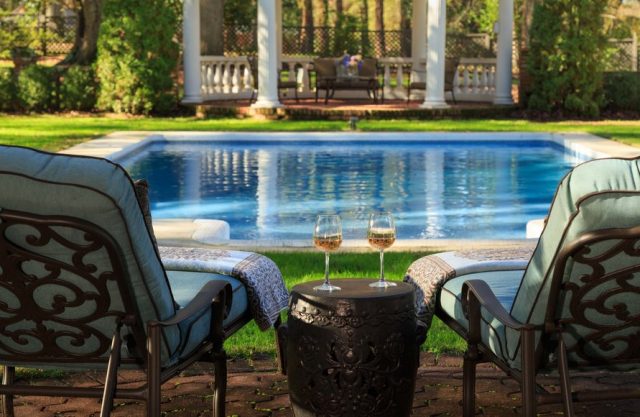 Although the Harris Plantation house and other Deep South mansions inspired Margaret Mitchell and the photos were used as guides, not a single scene of the classic film was actually shot in Georgia.   It was filmed at what was then the Selznick International Studios and other locations near Los Angeles. The famous barbecue at Twelve Oaks made use of the long-gone Busch Gardens in Pasadena, an estate built by the Busch brewing family. Remnants of the landscaping can still be seen in gardens of the houses around Arroyo Boulevard between Bellefontaine Street and Madeline Drive–the gardens also stood in for the grounds of “Xanadu” in Citizen Kane.

Architectural Digest wrote, “Though Gone With the Wind was filmed on a set, Twelve Oaks has served as a filming location for other productions including The Vampire Diaries, Tyler Perry’s The Family That Preys, and Halloween II.“

« Nice Set of Wheels! The 12 Most Iconic Cars in TV History
It’s Now or Never – The Young Actors Vying for the Role of Elvis »