The death of Hollywood actress Thelma Todd has stumped true crime junkies for decades. Known as Hollywood’s “Ice Cream Blonde,” Todd starred alongside the Marx Brothers in comedies such as Horse Feathers (1932) and Monkey Business (1931). On the morning of December 16, 1935, Thelma Todd was found dead in her car from an apparent suicide. However, after looking deeper into Todd’s personal life, many people believe she was actually murdered. We’ll let you decide whether Todd’s death was a suicide or murder after breaking down all the facts. 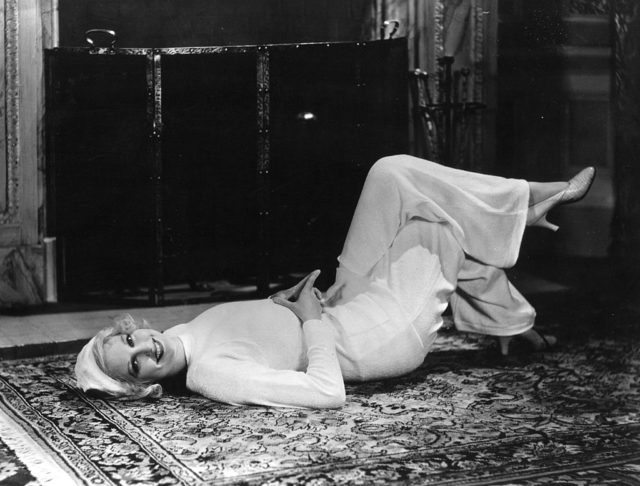 Thelma Todd was born on July 29, 1906, in Lawrence, Massachusetts. After graduating high school, Thelma enrolled in Lowell Normal College (now UMass-Lowell), a school for training teachers. However, her mother insisted she enter herself into beauty pageants and acting competitions. Todd went on to be extremely successful on the pageant circuit, winning the title of Miss Massachusetts in 1925.

Around this time, Todd caught the eye of some Hollywood talent scouts. These scouts offered her a spot in the Paramount Players School in Queens, New York. During the 1920s, Paramount Studios trained up-and-coming actors in acting, manners, dictation, and athletics. 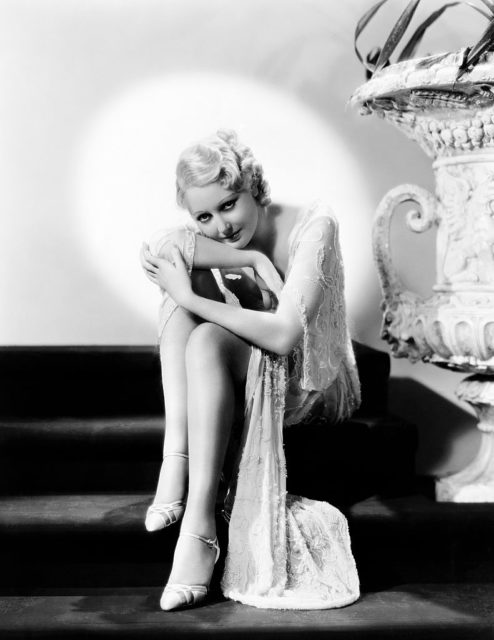 Todd bounced from studio to studio before eventually finding a home at Hal Roach Studios in 1929. She started her career in silent films before moving toward the “talkies.” She was known for her good looks, typically playing beautiful blondes in her films. However, her intelligence and wit made her a perfect addition to early comedies.

Todd also proved herself as a successful businesswoman. In 1933, Todd and her lover, director Roland West, opened Thelma Todd’s Sidewalk Café in Pacific Palisades. The restaurant quickly became a hot spot for the early Hollywood crowd. Surprisingly, this business venture would go on the play a key role in Todd’s mysterious death.

At the end of her life, Thelma Todd had amassed over 100 acting credits. She was known throughout the nation as “Ice Cream Blonde” and “Hot Toddy.”

The official cause of death was carbon monoxide poisoning 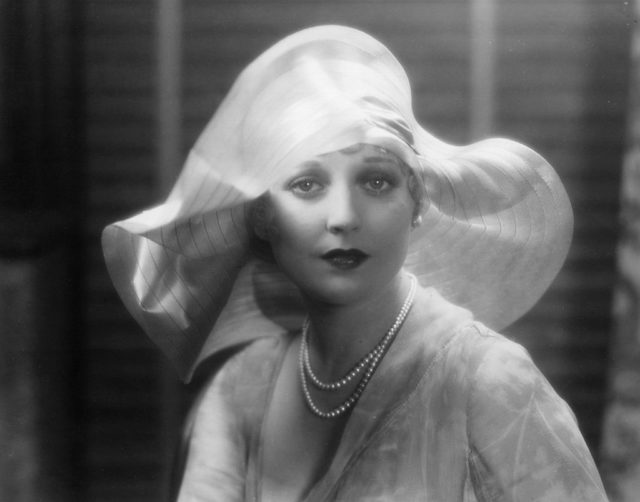 On December 16, 1935, Thelma Todd’s body was discovered by her longtime maid, Mae Whitehead. Todd was discovered in her car, which was parked inside Roland West’s garage. Whitehead later described the scene to detectives, explaining, “She was slumped in the front seat of her car, just bent over, her head to the left.” Whitehead also told detectives that she noticed some blood around Todd’s nose.

The coroner officially ruled Todd’s death as a suicide caused by carbon monoxide poisoning. However, friends disagreed about her death being ruled a suicide. Before she was found, Todd had spent the night at a party hosted by entertainer Stanley Lupino and his daughter Ida. Friends told investigators that she had been in good spirits and gave no reason to suggest she might commit suicide later that night. 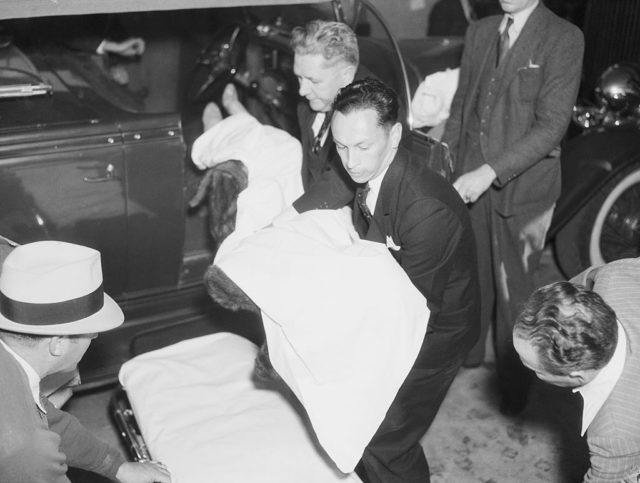 Investigators were not fully convinced that Thelma had taken her own life. A Los Angeles Times article published only a few days after her death states that “officers turned to probable reason for death by foul means.” The article adds that “within the past three months, two men had been arrested in New York in connection with extortion notes and telephone calls received by Miss Todd, demanding $10,000 under penalty of death. But there were no signs of violence at the scene of her death.”

After looking into Todd’s personal life a little further, it turns out there are many people who could have benefited from her untimely death.

Some strange events on the last night of Thelma’s life 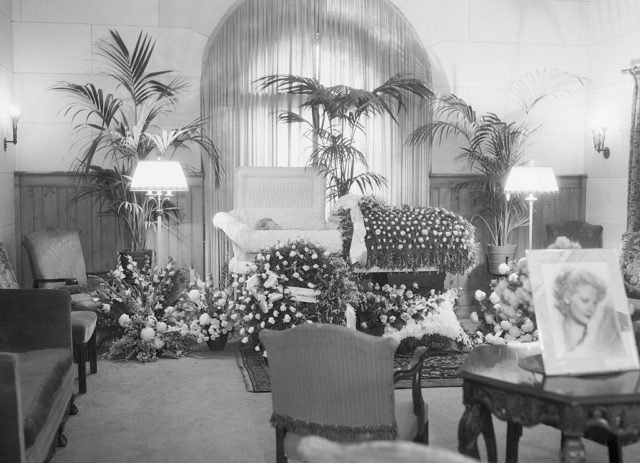 Some accounts state that on the night before her death, Thelma Todd and Roland West had been fighting. Nonetheless, she decided to attend a party hosted at the Trocadero in West Hollywood, where onlookers and friends reported her to be in high spirits.

The only dark point at the party was when Todd ran into her ex-husband, Pat DiCicco. DiCicco had brought another date to the party, which embarrassed Todd. The two got in a fight, but this was not out of the norm when the exes crossed paths.

She was drinking heavily and after her altercation with DiCicco, and confided in her friend Ida that she had been seeing a rich businessman. Todd and her friends also made plans to get brunch the next day to cure their hangovers. If Todd was planning on committing suicide that night, why would she have jokingly made plans with her friends? 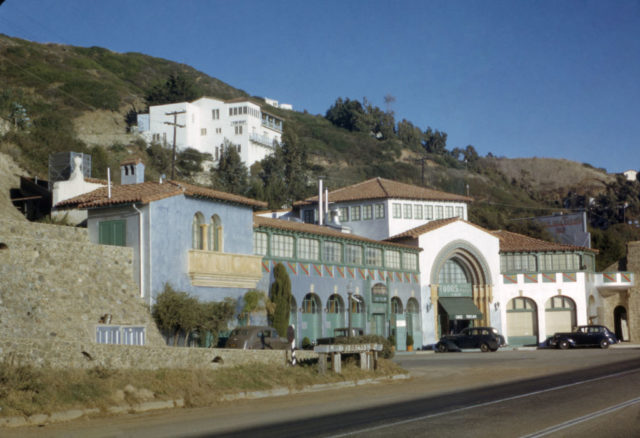 Roland West had not gone to the party at the Trocadero. He had told Thelma to be home by two in the morning, or else he would lock the doors of the apartment and head back to the home he shared with his wife. Somewhere around one o’clock, Todd asked theater manager Sid Grauman to call West and tell him she was on her way home. This way, she wouldn’t be locked out of her apartment.

However, Todd stayed at the party until around three in the morning, despite her phone call to Roland West. Her chauffeur dropped her off at home around four o’clock, but didn’t walk her up to her door as he normally did. He later noted that Thelma Todd was unusually quiet on their drive home. Her chauffeur was the last person to see Todd alive. 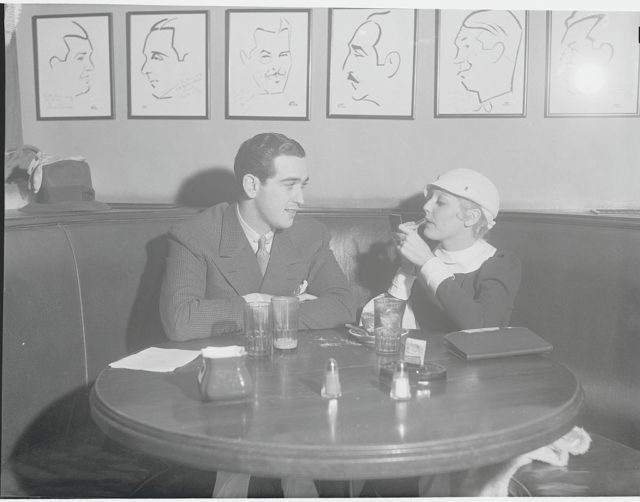 Thelma Todd had married movie producer and occasional actor Pat DiCicco in 1932. However, the two had a fairly tumultuous relationship, to say the least. The pair often found themselves in drunken brawls. Todd eventually divorced DiCicco in 1934. DiCicco allegedly had connections to the underworld, and it was thought he was working for mobster Lucky Luciano. Todd also ran into DiCicco the night she died. According to this theory, Todd humiliated DiCicco when she divorced him and he wanted revenge. 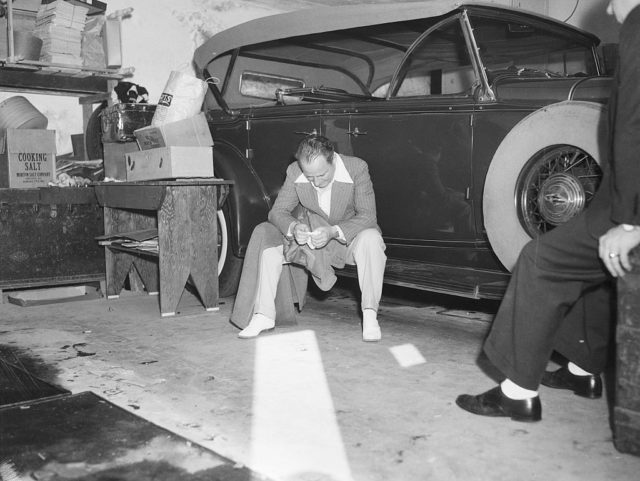 Movie actor Roland West mourning the death of movie actress and friend Thelma Todd the morning after her death in 1935. Todd was found in her garage overcome by carbon monoxide poisoning and West became a suspect in her death. (Photo Credit: Bettmann/ Getty Images)

Thelma Todd’s relationship with Roland West is arguably the most suspicious part of Todd’s life story. Thelma Todd’s Sidewalk Cafe was located in a three-story building. The restaurant itself was located on the first floor of the building, while Todd and West both occupied different apartments located on the second floor. The third floor of the building was said to be unoccupied. According to this theory, West killed Todd because he resented the many romantic affairs she continued to be involved in. 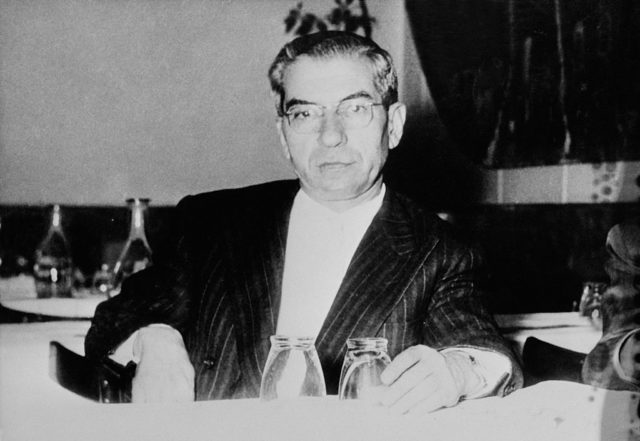 During her life, Thelma Todd was also linked to mobster Lucky Luciano. Luciano was tied to Todd’s ex-husband, Pat DiCicco. Apparently, it was DiCicco who introduced Luciano to Todd.

The mobster and the actress were supposedly in a violent affair, and Luciano tried to bully Todd into letting him use her restaurant for illegal gambling activities. However, Thelma Todd refused to allow Luciano to turn her restaurant into a place for shady gambling activities. If fact, she allegedly told Luciano that would only allow the mobster to infiltrate her business “over my dead body,” to which Luciano allegedly ominously responded, “that can be arranged.”

The last suspect who could have benefited from Thelma Todd’s death was her mother, Alice Todd. Alice Todd was the sole heir to her daughter’s fortune. In fact, shortly before Thelma Todd died, her mother had announced plans to build a mansion. Things seem increasingly suspicious after it became clear that Alice Todd had no way of paying for her new mansion – until her daughter died, that is. 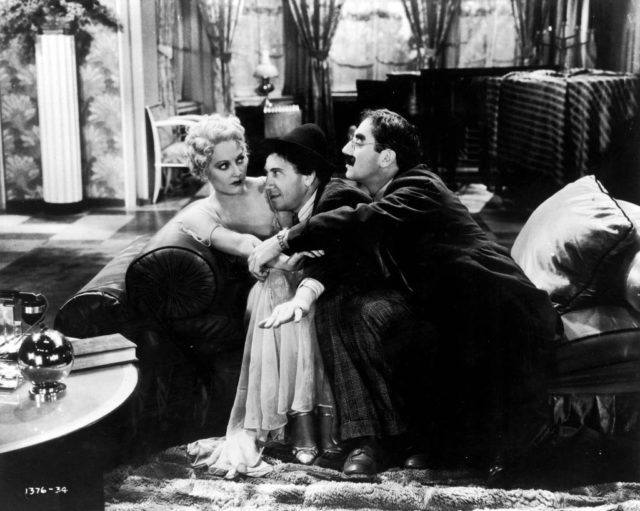 Some aspects of Thelma Todd’s death suggest foul play. If not foul play, then some elements of the untimely death seem out of place. For starters, during the autopsy, the coroner discovered peas and carrots in her stomach. However, no peas or carrots were served at Cafe Trocadero.

Another interesting piece of evidence is the fact that the night of the party was very windy. Yet, when Todd’s body was found, not a single hair was out of place. Her shoes and stockings were clean, showing no signs of wear and tear. The walk from where Thelma was dropped off to where she was found dead was a long distance. She would have either had to climb over 270 stairs or through dark streets in a hilly area. Yet her body showed no physical signs that she had made a long walk in the wind.

One theory that continues to hold water is that Thelma Todd was locked out of her apartment so she decided to sleep in her car. It is possible she turned the car on to keep warm and accidentally died of carbon monoxide poisoning. However, it was later discovered that Todd had a broken nose, and her keys were found in her handbag. It is also worth noting that the actress was an avid car lover, and should have known that it would be dangerous to keep her car running in an enclosed garage. 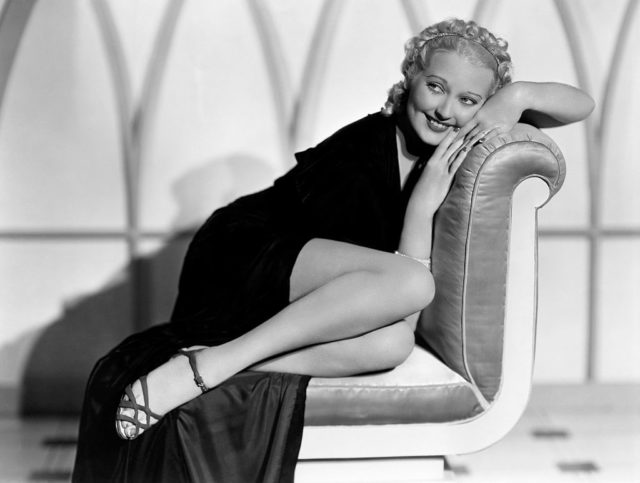 More from us: The Tragic Death of Carole Lombard

Things also became complicated when people began calling the police stating that they had spoken with Todd at different points on Sunday, December 15, when she was thought to be already dead. Several people claimed they saw Todd around town throughout the day, and Jewel Carmen told the police she had seen her in a car with a man on Sunday.

There are some reports that claim Roland West had confessed both to police and on his death bed that he killed Thelma Todd. However, there has been no evidence that officially links West to Todd’s death. Thelma Todd’s mysterious death will surely continue to baffle true crime junkies for years to come.