Medieval bone excavators in Cambridge England have found a connection between pointed footwear and bunions. Turns out there were fashion victims back in the 14th and 15th centuries!

Experts with the After The Plague project looked at 177 skeletons laid to rest at cemeteries in Cambridge. Quoted by BBC News, Dr. Piers Mitchell and company explored “the changes that occurred between the high and late medieval periods.”

Back in medieval times, folk knew their bunions

BBC News reports that 6% of people from the 11th–13th centuries suffered from them, compared to approximately 27% over the following 200 years.

The difference appears to lie in poulaines — or pointy shoes — which came to prominence in the 14th century.

Bunions, or hallux valgus, were “actually one of the more common conditions to have affected medieval adults,” Dr. Jenna Dittmar told BBC News. The stubborn and painful growths affected people’s balance and probably led to falls and fractures as the finds demonstrate.

Middle-aged men form the majority of the bunion bone haul, though it’s believed they sported poulaines in younger years. The bunions then developed over decades.

As part of their investigations, After The Plague studied over 400 skeletons found at the Hospital of St John’s. These are a “sample of the urban poor who ended their lives within a charitable institution” according to their website. 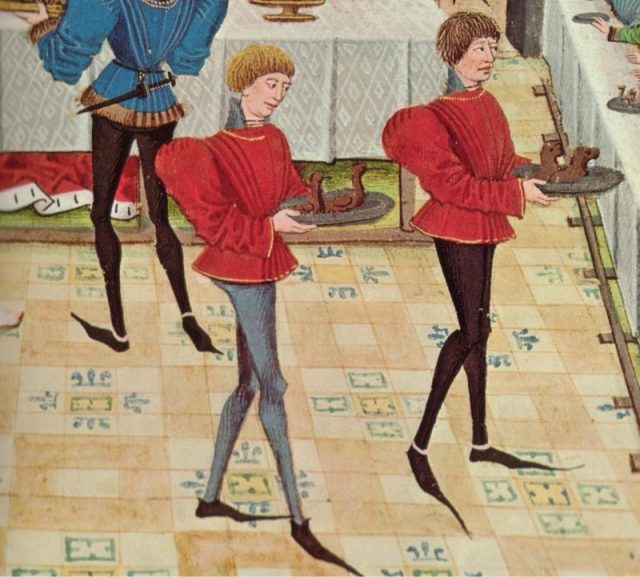 The group’s approach means it differs from “most medieval skeletal populations which favor the more prosperous groups within society.” However, the evidence is also examined in context with other remains higher up the chain.

After The Plague, run by a team from the University of Cambridge, ultimately seeks to build a picture of how health affected society in city environments, particularly in relation to the Black Death, as its name suggests.

For some wearers of poulaines, it was a religious experience

How does the data on pointy shoe wearers break down? The group published their findings in the International Journal of Paleopathology. Abundances of bunions were “observed in the friary (43%), followed by the Hospital (23%), the rurban parish cemetery (10%), and the rural parish cemetery (3%).” Rurban (Rural-urban) refers to the outskirts of town, bordering the countryside.

The high proportion of clergy who seem to have worn poulaines is amusing and confirms a long-standing belief, so to speak. 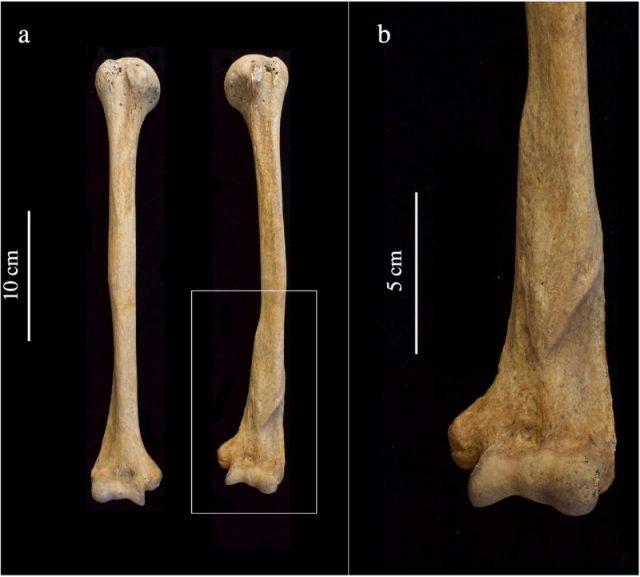 Humerus bones showing signs of hallux valgus and hallux rigidus, and a close-up of a fracture on the left humerus. (Photo Credit: Jenna Dittmar, International Journal of Paleopathology CC BY 4.0)

BBC News mentions that Geoffrey Chaucer’s The Canterbury Tales satirized the tendency of religious types to defy convention and slip into non-regulation footwear. Guess they paid for that in the long run!

Why did people think pointy shoes were such a great idea in the first place? It certainly wasn’t a matter of comfort: Atlas Obscura writes that “shoes with absurdly long toes were expensive and would clearly impair the wearer from efficiently partaking in any kind of physical labor.” 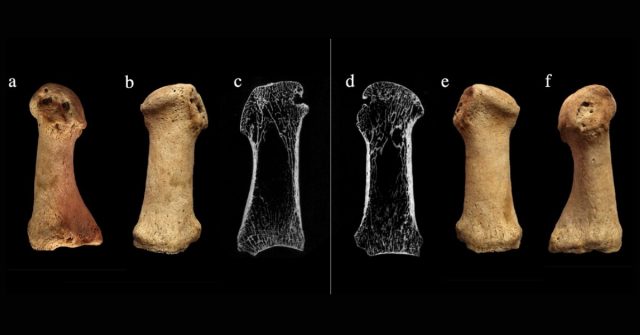 They were a status symbol and, apparently, a sure fire way to injure yourself as the bunions took their toll on getting about.

Pointy shoes are a toe-curling addition to historical fashion

Atlas Obscura describes how shoemakers would create the point by stuffing material such as wool or moss into the tip. Consulting author and historical shoe expert Rebecca Shawcross, they reveal that whalebone was used in one instance!

Where did they come from originally? Signs point to Poland around the mid-14th century. Another word for poulaines is crakow, presumably after the country’s former capital, though both names are thought to hail from the same place. 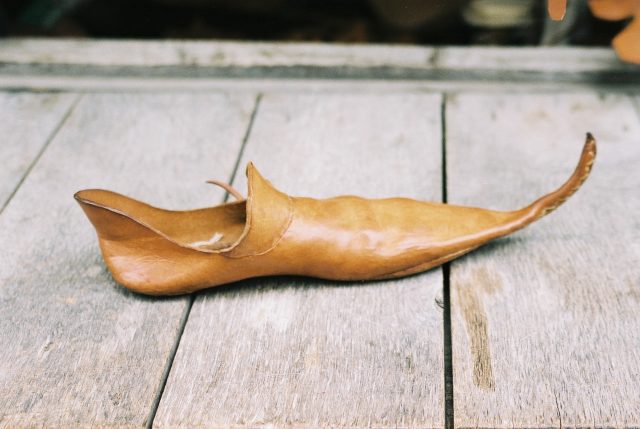 Hallux valgus may sound like a character from Game of Thrones, but it’s actually the medical name for bunions. The National Library of Medicine website features a piece on surgical treatments for bunions by Professor Laurent Galois.

Putting hallux valgus under the knife appears to have been a trial and error process, beginning in the late 19th century. By this point, it was understood that footwear played a key role in their appearance.

More from us: Meenakshi Temple: A Colorful Wonder Covered in 1500 Sculptures

Speaking of brutal cuts, 1463 brought in a royal decree to curb the enthusiasm of medieval strutters. Edward IV forbade points that went over a couple of inches, ending the era of extravagant toe extensions.

With 21st-century fashionistas contorting parts of their body for the sake of looking up to date, there’s a fair amount to be learned from these medieval counterparts.

« Why The American Side Of Niagara Falls Is So Disappointing
Puppies Everywhere! How ‘One Hundred and One Dalmatians’ Saved Disney »