Puppies Everywhere! How ‘One Hundred and One Dalmatians’ Saved Disney

One Hundred and One Dalmatians has been in the media a lot lately, given the release of the live-action Cruella film. Many may not know that the 1961 classic was a make-it-or-break-it release for Walt Disney Studios. When 1959’s Sleeping Beauty failed to perform at the box office, Disney needed a Hail Mary. It came in the form of 101 spotted dogs and Xerox technology.

Up until 1959, creating an animated Disney film involved a lot of effort. Unlike today, where everything is done on computers, artists had to draw up their character concepts on animation paper. Once complete, the images were cleaned up by an assistant who carefully traced them onto new paper before sending them to the inkers.

From there, the task was to transfer the sketches to celluloid (cel) sheets. After the cels had dried, they were sent to the painters, who had the complicated task of ensuring the images matched the studio’s style. Not only did this mean using colors made specifically by Disney, but adding in different line weights and thicknesses. 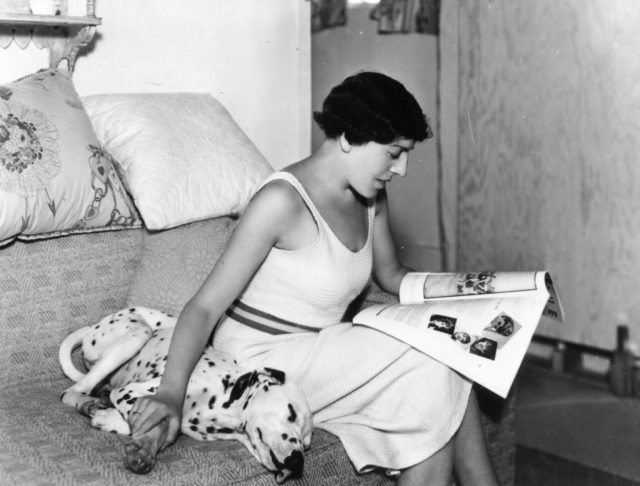 Dodie Smith, author of The One Hundred and One Dalmatians. (Photo Credit: Sasha / Getty Images)

The overall process was expensive, and the average animated film consisted of hundreds of thousands of cels. Speaking at a 2016 press event, animator Floyd Norman said: “Back in those days, animated films were made by hand, no technology. It was a handmade product. We drew it with pencil and paper. The inkers inked on sheets of acetate with ink and painted the cels with paint – took forever to do it and cost a lot of money.”

Unfortunately, the success of the films didn’t always reflect the amount of effort that went into creating them. Sleeping Beauty cost $6 million to make, but it only brought in $5 million at the box office. It was a blow to the studio, with founder Walt Disney beginning to question the viability of his animation department. His brother, Roy, even went so far as to suggest he shutter the section and focus on TV production.

The animation studio experienced a slew of layoffs, shrinking from 551 to a force of just 75. Its budget was also at risk of getting cut. In order to save jobs, animators Ub Iwerks and Ken Anderson suggested testing out a new print technology: Xerox. 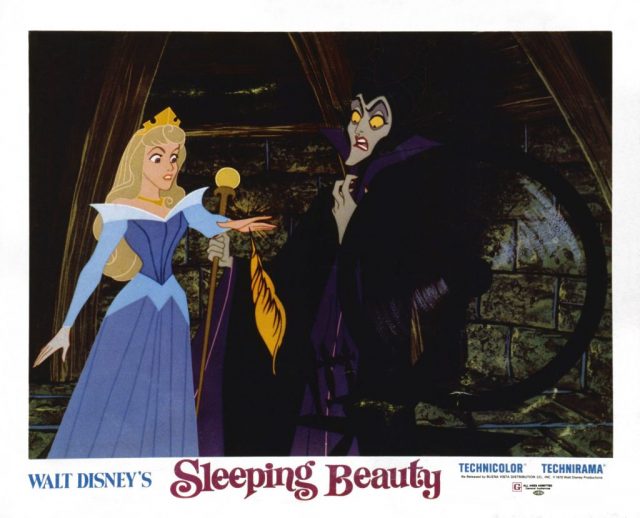 Iwerks, who was in charge of special processes at Disney, had been playing around with Xerox photography. He hoped it would help streamline the animation department’s work. In 1959, he modified a Xerox camera to allow it to transfer drawings directly onto animation cels. This eliminated the need for the inking process, theoretically saving both time and money.

Anderson worked as the art director on the studio’s next animated film, One Hundred and One Dalmatians. He suggested using Xerox technology to animate the movie. Disney wasn’t a fan. He worried the harsh line drawings would take away the magic of the studio’s image. Despite his arguments, Anderson persevered and continued on with his plans.

The invention of Xerox

Xero technology came about in 1938, thanks to American physicist Chester Carlson. He invented a process for printing images using an electrically charged photoconductor-coated metal plate and a dry powder. He was issued a patent for the technology in 1942 and soon caught the attention of Joseph C. Wilson. 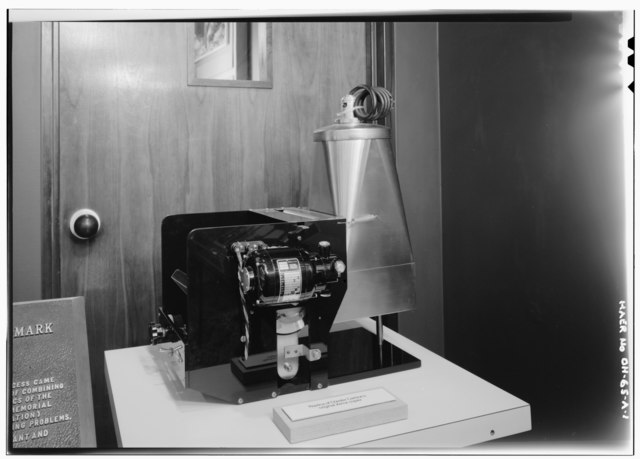 Wilson, credited as the founder of Xerox, had taken control of The Haloid Photographic Company from his father. The company manufactured photographic equipment and paper. Wilson was interested in the possibilities presented by Carlson’s invention, and in 1946 the pair signed an agreement to develop it for commercial use.

The introduction of Xerox streamlined the animation process. While a few inkers were still required to make minor corrections to sketches, the technology overall made everything much easier. It also changed the style of animation. While before, Disney was known for its crisp, soft images, it would now feature unpolished lines. 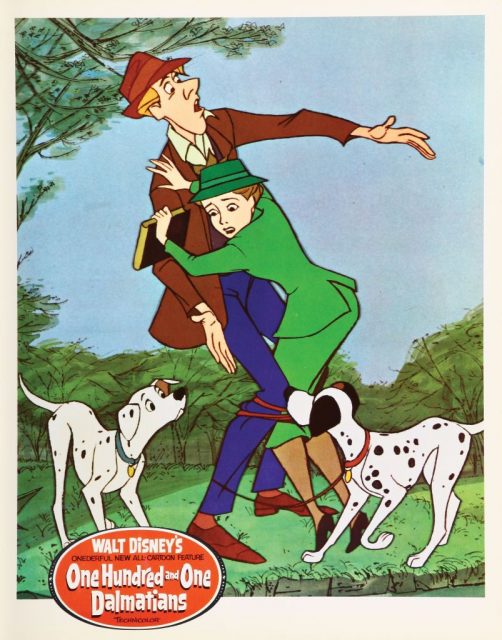 The inspiration for this style came from British cartoonist Ronald Searle, who encouraged Anderson to start using a Mont Blanc pen and India Ink in his artwork. This, paired with the fact assistants were no longer needed to clean up animator sketches before they were sent to the machine, meant the resulting images were more scratchy.

Anderson brought these dark outlines into the background as well, wanting “to apply the same technique to the whole picture.” He and color stylist Walt Peregoy outlined drawings on separate animation cels before laying them over the background. This allowed for the entire animation — characters and background — to feature a similar style. 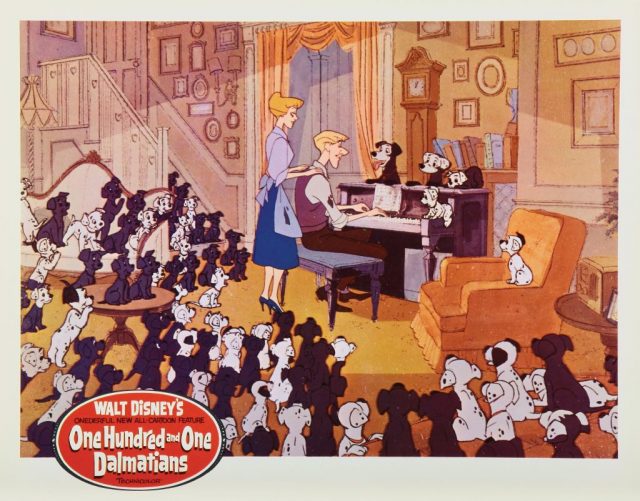 Despite Disney’s apprehension about using Xerox, animators praised it. Concept artists were happy their sketches were no longer cleaned up during the tracing and copying process. This allowed for their spontaneity to better show in the characters.

The technology’s effectiveness allowed for its use in later films, up until the advent of the computer animation production system (C.A.P.S.) and the eventual introduction of Computer-Generated Images (C.G.I.).

The success of One Hundred and One Dalmatians

The future of Disney’s animation department rested on the success of Dalmatians at the box office. While switching to Xerox had cut the movie’s budget in half, Disney was skeptical of how audiences would react to the new style. Jarring to some, it proved an effective animation method, with many liking how it presented the characters.

Along with the art, viewers also enjoyed the film’s content. Earlier Disney films had been set in picturesque fairytale lands, with the princess being rescued by her knight in shining armor. Dalmatians was set during the modern era. Audiences enjoyed seeing their world presented in such a fashion, and many felt they were able to better relate to the story. 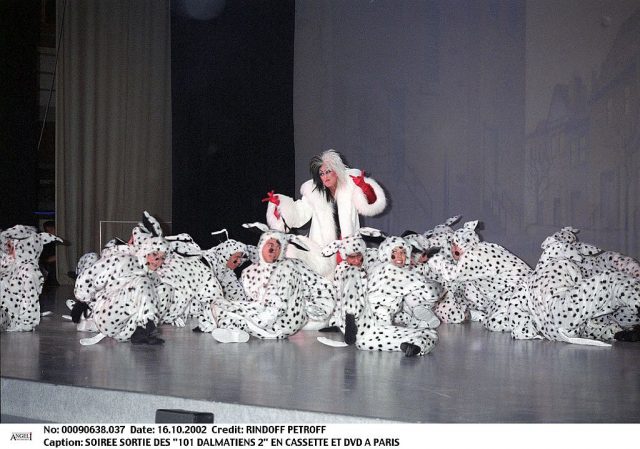 More from us: Dame Barbara Windsor’s ‘Carry On Camping’ Bikini Sells For £9,500

The film became one of the highest-grossing movies of 1961 and has been subject to numerous theatrical re-releases in the decades since. It has spawned an entire franchise, with a sequel, two live-action films, two television series, and an upcoming musical.

While many had their doubts, it proved just the thing for Disney to bounce back and become the powerhouse studio it is today.