Why The American Side Of Niagara Falls Is So Disappointing

Niagara Falls is considered one of the world’s most impressive natural wonders. Visitors to the Canadian side are treated to casinos and unique tourist attractions. Those on the American side, however, are in for a disappointment. The city of Niagara Falls has been in decline for decades, leaving it overshadowed by its neighbors in Clifton Hill.

Niagara Falls, New York, officially became a city in November 1892. Its initial population incorporated those of surrounding towns and thrived off the arrival of industry. Companies such as The Niagara Falls Hydraulic Power and Manufacturing Company set up along the falls and the Niagara River, bringing with them high-paying union jobs. 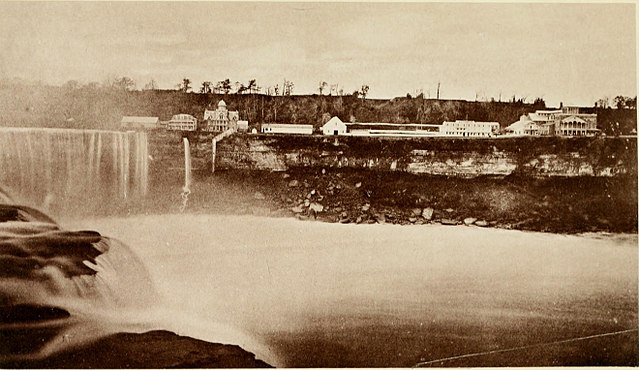 The city’s growth was promoted by policies encouraging development, despite pollution and environmental risks. By the early 1900s, the city was manufacturing rubber, plastic, petrochemicals, and abrasives, among other products, making it one of the world’s largest chemical producers.

This growth allowed for the development of various transportation facilities. The mid-1800s saw the introduction of a railway system between the falls and New York City, and streetcars connected the city to Buffalo.

As industry grew, so did the number of people living on the outskirts of Niagara Falls. These shantytowns were rife with crime and poverty. Given that their inhabitants worked for local industry, efforts were made to increase their standard of living. Local companies created their own towns with electricity and plumbing, but these fell into disrepair as jobs left the area.

By the 1960s, the city’s industrial boom was in decline. As shipping began to modernize, the city’s riverside location became less appealing. Established companies were reluctant to update their factories and soon left the area. This meant the only available jobs were in the hospitality and nursing home industries. These minimum wage jobs were unattractive to most and the area experienced a mass exodus.

Missteps lead to an increase in poverty and crime

Numerous infrastructure projects have been undertaken throughout the decades to help boost the city’s economy. Unfortunately, they have resulted in less than stellar outcomes. In 1969, city hall felt the best way to revitalize downtown was to demolish it and start anew, but many of the buildings ended up closing down.

Many consider the city’s biggest misstep to be selling a large portion of downtown to businessman Howard Milstein. Met with an uncooperative city hall, he’s been unable to properly develop his lots, leaving large swaths of the city abandoned and in disrepair. 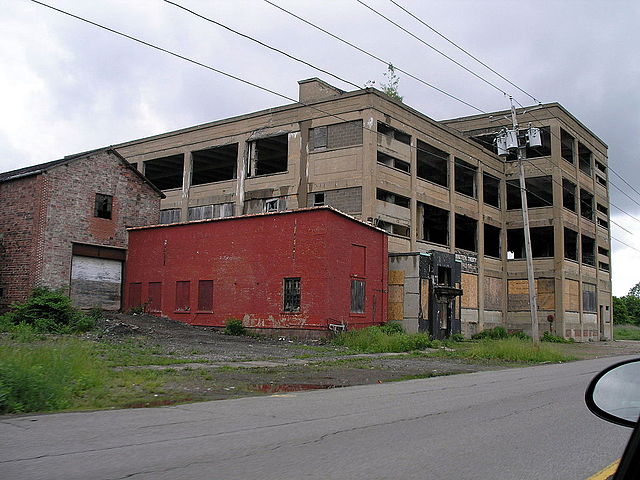 His involvement with the city has also frayed relations with the Seneca Indian Tribe, who own the Seneca Niagara Resort & Casino. As of 2012, back payments were up to $60 million, with the tribe saying the city violated an agreement giving them exclusive gambling rights.

Poverty and crime have become rampant as a result. One in five residents lives below the poverty line, with one-fifth of housing lots vacant or in disrepair. Not only has it frequently had the highest unemployment rate in the state, but the FBI revealed it also has one of the highest crime rates. This has been fueled by corruption in city hall and local labor unions — the latter due to mafia influence — as well as police brutality.

The lasting effects of pollution

The freedom afforded to early industry in Niagara Falls meant area waterways became dumps for chemicals and other toxic substances. In 1987, Canadian researchers discovered the falls’ mist contained cancer-causing chemicals. This resulted in both the U.S. and Canada promising to clean up the pollution. 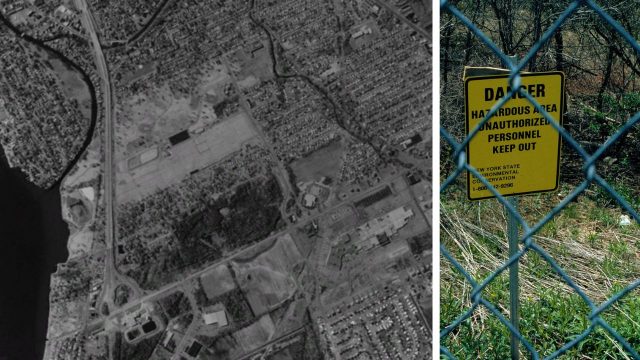 One of the area’s more infamous environmental incidents is the Love Canal. It was a 19th-century idea by William T. Love to build a utopian city. Unfortunately, it didn’t turn out that way, as the canals he constructed became chemical dumping grounds. The resulting pollution led President Jimmy Carter to issue a state of emergency in 1978. Hundreds were evacuated, with some still claiming to suffer from lasting ill effects.

As recently as 2019, the Niagara Falls Air Reserve Station ranked seventh on a list of U.S. military sites contaminated with per- and poly-fluorinated alkyl substances (PFAs). The chemicals, which are linked to birth defects and cancer, had seeped into the groundwater and drainage ditches that feed into the Cayuga Creek and the Niagara River.

Looking to rebuild the economy and tourism

The city is looking to rebuild its economy, with a focus on urban revitalization and tourism. A section of the Rainbow Center Mall has been turned into the Niagara Falls Culinary Institute, playing host to the city’s fanciest restaurant. It also got a new Amtrak station in 2016, and the revitalization of its international airport in 2009 saw a spike in travelers. As well, city hall has created incentives to keep post-secondary students after graduation. 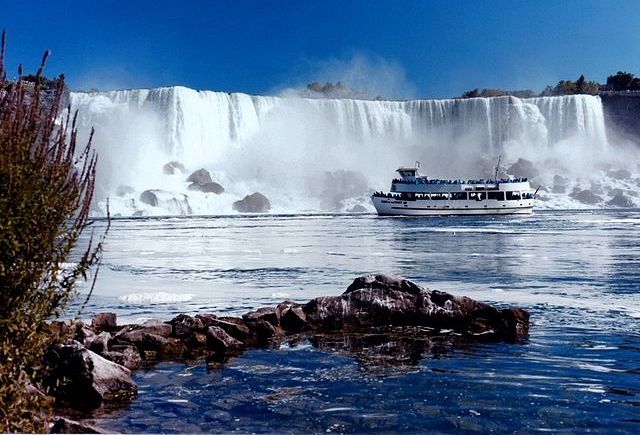 Old Falls Street, a main thoroughfare in the city, has been redeveloped, allowing it to host a holiday market and a summer concert series. The cobblestone lane features an innovative stormwater management system, recycling components, native plants, and bicycle parking, making it the most environmentally friendly street in the region.

The area’s state park has also become a big draw for tourists. It’s home to the Cave of the Winds, where visitors can walk behind the Bridal Veil Falls, and the ever-popular Maid of the Mist continues to be a constant draw. Additional tourist attractions such as the Niagara Falls Underground Railroad Heritage Center and the observation tower at Prospect Point have also helped to stimulate the local economy.

More from us: Hogan’s Alley: The Fake Town With The World’s Highest Crime Rate

These initiatives have allowed tourism to become the area’s primary industry. With the draw of local attractions and those on the Canadian side of the falls, the hope is the city’s economy will continue to grow and revitalize Niagara Falls.