Coelacanth Fish Can Live Up To 100 Years, New Study Suggests

There are few creatures that have outlived both the extinction of the dinosaurs and the shifting of the world’s continents. One such species is the coelacanth — or the “living fossil” — a prehistoric, human-sized fish. While shrouded in mystery, scientists have recently learned more about the deep-sea fish and its life.

Older than the dinosaurs

Coelacanth are some of the oldest species of fish in the world, existing for 420 million years. They were largely believed to be extinct until one got caught in a fishing net off the coast of South Africa in 1938. Since then, two subsequent populations have been discovered, one off the eastern coast of Africa and another off of Sulawesi, Indonesia. 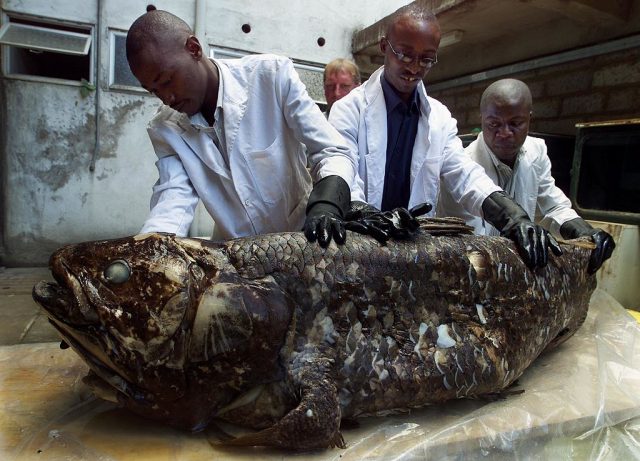 These slow-moving prehistoric fish are known to live in caves along the seafloor. They can grow up to six feet in length and weigh up to 200 pounds. They’re critically endangered — so much so that scientists are only able to study specimens that are already dead.

A recent study was published in Current Biology, revealing new details surrounding the life and gestation period of the coelacanth. Its findings contradicted those from previous studies, which suggested the fish had a lifespan of just 20 years.

This initial age range went against the coelacanth’s other biological factors, such as its slow metabolism and low oxygen-extraction capacity, which are typical of species with slow growth and life histories, and helped spur the research forward. 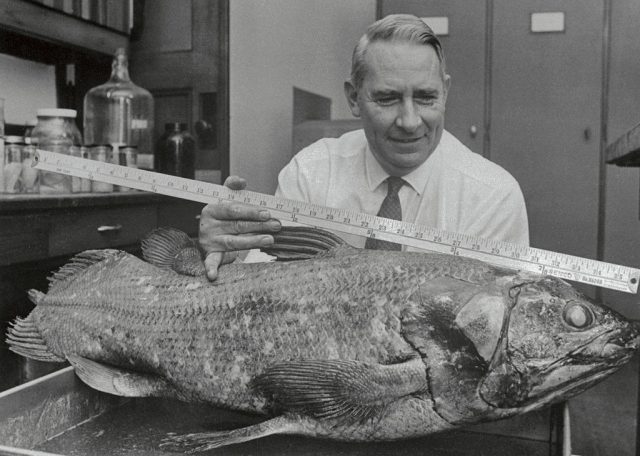 Using a technique common in commercial fishing, French scientists used polarizing light to look at the fish’s scales. Previously, determining its age was done by counting larger lines on a particular scale. Using this method, the light was able to uncover five smaller ones that had initially been overlooked. The resulting data suggested the coelacanth could actually live up to 100 years.

This new information regarding the coelacanth’s life history allowed for researchers to gain a better understanding of the species’ mating habits. It’s now believed females don’t reach sexual maturity until their 50s, while males are sexually mature between the ages of 40 and 69.

Two embryos were examined using the same technique that uncovered the 100-year age range. Their scales showed they were both five years old, suggesting that the fish has an unusually long gestation period. 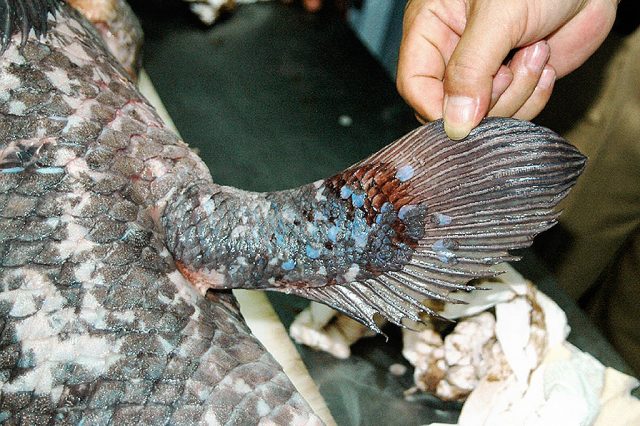 According to Dr. Kélig Mahé with the North Sea Fisheries Research Unit in Boulogne-sur-Mer, France, its life history, along with its gestation period, may be one of, if not the, slowest among marine life, mirroring that of deep-sea sharks and roughies.

Looking to the future of conservation

With more known about the coelacanth, the focus is now on conservation and how climate change affects its growth. “Our results thus suggest that it may be even more threatened than expected due to its peculiar life history,” explained Dr. Mahé when speaking with the BBC.

“Consequently, these new pieces of information on coelacanths’ biology and life history are essential to the conservation and management of this species,” he continued. 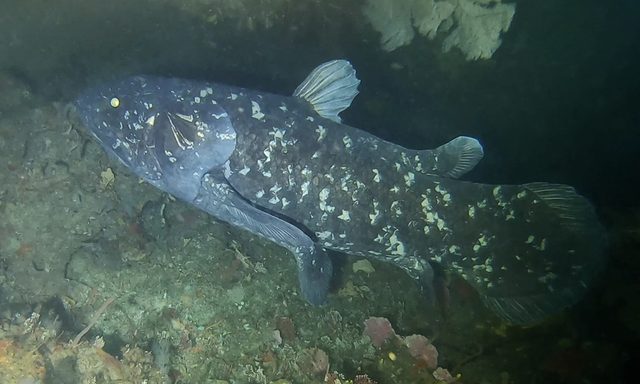 More from us: One Thousand Dormice Given New Homes, Helped By Prisoners

The study’s co-author, Dr. Bruno Ernande of the University of Montpelier, France, shared those sentiments. He acknowledged that knowing more about the coelacanth’s life and biology would allow for the development of stronger conservation measures to ensure the species doesn’t go extinct.

“One very important framework for conservation is able to access the demography of the species,” he said. These studies are set to occur at some point in the future.

« Hogan’s Alley: The Fake Town With The World’s Highest Crime Rate
Why The American Side Of Niagara Falls Is So Disappointing »