Bette Cooper holds a special place in beauty pageant history. Don’t be deceived by the wholesome, apple pie image: The Miss America Pageant has seen its share of controversy and intrigue in its 90-some year history. But perhaps the biggest scandal happened in 1937, when a newly-crowned winner disappeared into the dead of night.

Sixteen-year-old Bette Cooper never set out to become Miss America. She and some friends were at New Jersey’s Bertrand Island amusement park and spotted a sign advertising the “Miss Bertrand Island” contest. 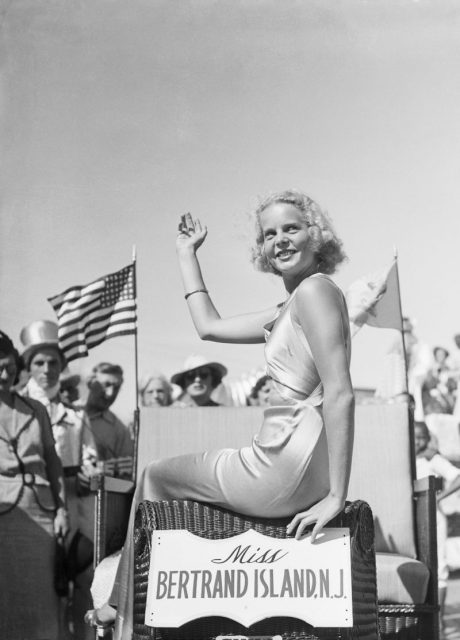 Smiling sweetly at you is 17 year old Bette Cooper, Miss Bertrand Island, N.J., after she had been selected as the ‘most beautiful girl in evening gown’ at the beauty pageant in Atlantic City. Photo by Bettmann /Getty Images

Egged on by her pals, Bette entered purely on a whim, never in a million years expecting to win. But win she did, to everyone’s astonishment. The victory turned out to be an even bigger deal than she realized because it meant that Bette was automatically entered into the Miss America pageant, held in Atlantic City.

Her strict, religious family wasn’t exactly thrilled, and their first instinct was to have Bette bow out. But afterwards they had a change of heart. Nobody thought their teenage daughter had any chance of winning and the potential downfalls of participation would be few.

So off to Atlantic City the Cooper family went. Upon arriving at the seaside town, Bette was introduced to a handsome young man who would act as her official escort: Louis Off, a 23-year old from a prominent New Jersey family. 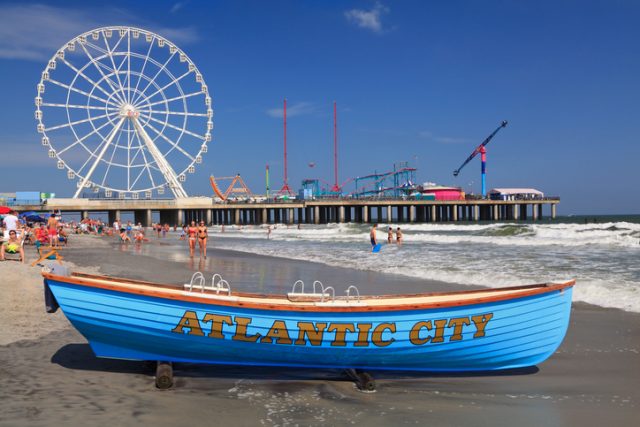 The couple immediately hit it off. While the other, more ambitious, contestants spent their time showing off — and presumably sucking up — to the pageant judges and the press, the twosome spent all of their time together, walking the boardwalk and talking over dinner. But as the contest went on, something unexpected happened: Innocent, naïve little Bette became the pageant’s darling, killing it in the evening gown and talent competitions — her bouncy curls, dimpled cheeks, and sweet singing, leading to comparisons to the decade’s other dimpled darling, Shirley Temple. 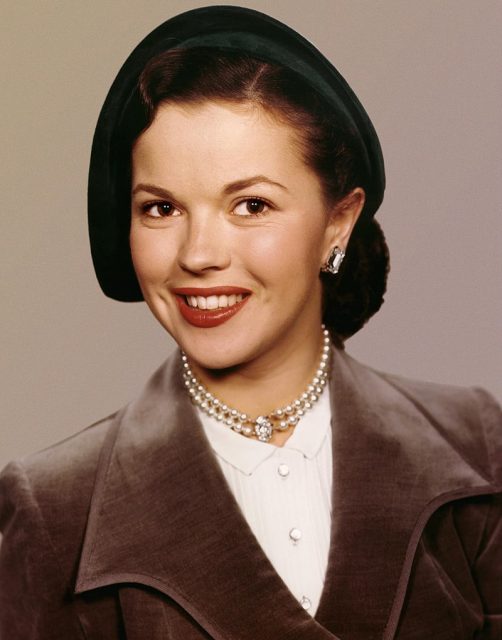 The afternoon just before the big night Bette and Louis were eating at a nearby restaurant, when he hit her with a hypothetical: “Have you thought about what you are going to do if you win?” Bette just laughed: There was no way! Louis believed otherwise. In an interview with writer Frank Deford, for the 1971 book There She Is: The Life and Times of Miss America, he recalled telling Bette, “I just want to let you know now that if you do win, you can forget about me, because I don’t want anything to do with it. The last thing in the world I want is publicity.” The young woman’s heart sank.

After almost 100 years of swimsuits and evening gowns, Miss America is getting a makeover.

Turns out, he was right: Bette Cooper, the young Kewpie doll from The Garden State, was crowned Miss America 1937. A local newspaper would describe the new queen thusly: “The measurements of America’s new beauty queen are Five feet, six and one-half inches tall; weight, 120 pounds. As one would expect with blue eyes and blonde hair, Miss Cooper’s complexion is fair. In the talent test, the new queen of American beauties displayed a soprano voice, while not full, was of a sweet character. Her hobbies include athletics and all types of sports, with basketball her favorite. In her ambitions, the new Miss America has aspirations for a theatrical career. Her first choice is the screen, the stage second, and in a pinch would accept a radio future.” 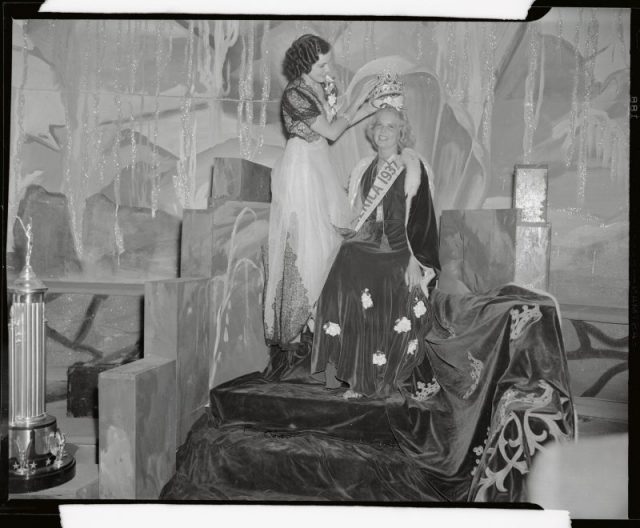 The last part, about dreams of a theatrical career, was most likely an invention of the pageant’s publicity machine. Bette had no interest in being in the spotlight. Photos of that day show a beaming beauty, hours after her victory, posing in an ermine-trimmed cape and crown. But when Bette returned to her hotel room, the girl broke down in tears. The 16-year-old was overwhelmed by all the hoopla. Making matters worse, Louis, as promised, broke things off. At two in the morning, Bette’s distraught father dialed up her then-former chaperone, asking him to come to the hotel.

Louis did just that and found Bette and her parents in a state of panic. Realizing the girl was in over her head, he knew he had to do something. Just before sunrise, Louis and two of his friends walked Bette down the hotel fire escape and spirited her away to a motorboat that was docked just two miles away. There Bette would hide, as it sailed out to sea, not far from the boardwalk. 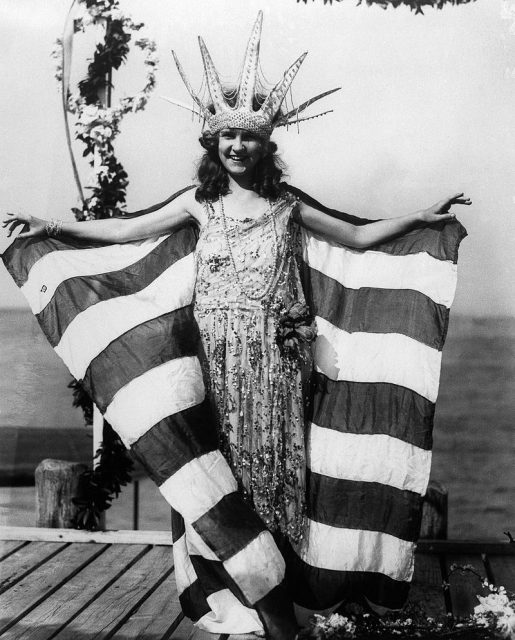 Margaret Gorman was the first Miss America, from the year 1921.

Meanwhile, on the famous Steel Pier, preparations were being made — complete with a red velvet throne — to officially introduce the new Miss America to an adoring public. Reporters and pageant officials waited…and waited…and waited for the arrival of their queen. When it became clear that she wasn’t coming — and was nowhere to be found — a frenzy erupted. Miss America was missing!

Could Bette have been kidnapped? Had she eloped with her chaperone? Even famed radio commentator Walter Winchell got involved, announcing that the couple got hitched in Maryland. Search teams frantically scoured the Boardwalk and surrounding area, trying in vain to find Miss (ing) America. 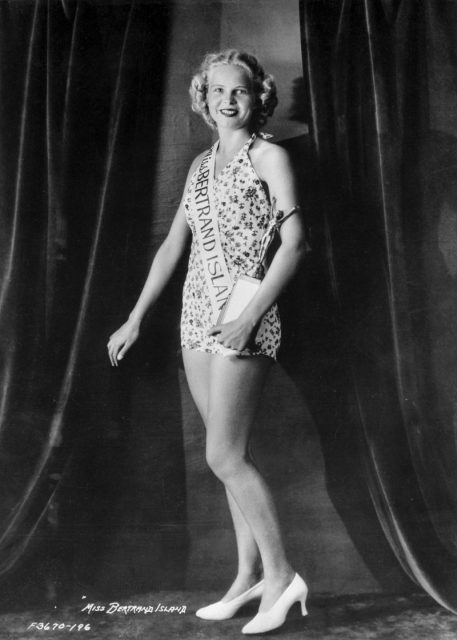 No one noticed the motorboat when it returned just after dusk. The couple climbed into a car and drove northward to Bette’s home in Hackettstown. When pageant officials discovered her whereabouts, they followed suit, in an attempt to convince the reluctant beauty queen to return. Eventually, an agreement was reached: The new Miss America would fulfill her duties (sort of), with a lighter schedule and fewer public appearances.

Read another story from us: Bettie Page, the Queen of Pinups

After completing her reign, Bette disappeared from the public eye, marrying a wealthy man and moving to Connecticut. Her former chaperone and knight-in-shining-armor would also tie the knot, though the two would keep in touch over the years. The beauty’s legendary disappearance, forever known in pageant circles as The Incident, would lead to a change: Contestants are now required to sign an agreement, promising to fulfill the duties expected of them.

« Thomas Jefferson: Emancipator or Enslaver of Men?
Time Bandits are Back! Terry Gilliam’s 1981 Cult Classic Planned as a TV Series »