Clearly, Abraham Lincoln doesn’t like to lose. Not only did Lincoln ‘win’ the American Civil War, but he was also a dominant wrestler who only ever lost one match in his career. Wrestling was one of Honest Abe’s surprising talents, one that has often been overlooked.

Before his time as a lawyer and later president of the United States, Lincoln had a reputation as an excellent wrestler. Like many other men at the time, Lincoln worked manual jobs and enjoyed wrestling as a pastime. However, Lincoln was six-foot-four inches tall, and he quickly became regarded as a skilled wrestler.

Maybe this talent went to his head, or maybe Lincoln had an extremely competitive side. Either way, Honest Abe was a major trash talker when it came to wrestling. Once when Abraham Lincoln decisively beat one of his opponents with a single toss, he challenged the crowd that had gathered, shouting, “I’m the big buck of this lick. Any of you want to try it, come on and whet your horns!”  No one stepped forward, which probably added some fuel to Lincoln’s arrogance.

Lincoln excelled at the “catch-as-catch-can” type of wrestling, which was more hand-to-hand combat than sport. Although this style of wrestling may resemble two people in a bar fight, it does take a certain skill to pin one’s opponent. Lincoln’s physical prowess made him virtually impossible to defeat when it came to this type of wrestling. Lincoln’s reputation as a wrestler and his winning streak grew throughout the late 1820s and early 1830s. 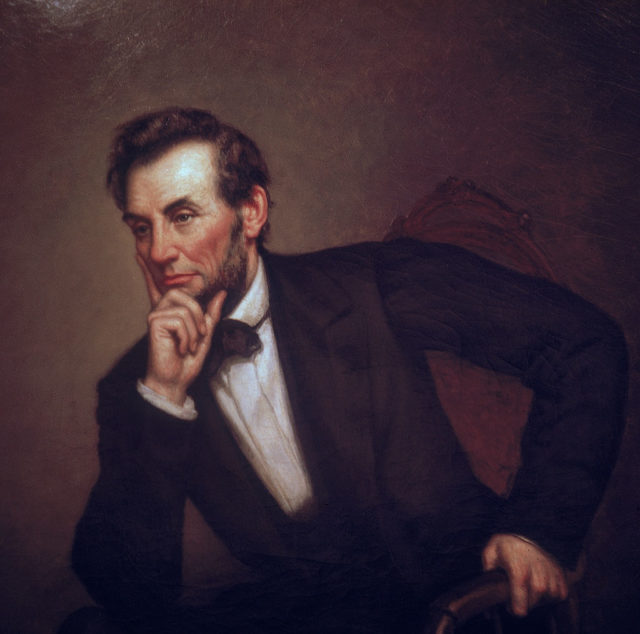 Abraham Lincoln’s real claim to fame came in 1831 when he was only 22 years old. The future president was working as a clerk at a store in New Salem when the town’s bullies, known as the Clary’s Grove Boys, came by. The group was bragging about how no one could beat their champion wrestler, Jack Armstrong, so they were eager to get Lincoln to agree to a fight since he had such an impressive reputation. Lincoln agreed to the match, and the entire town turned out to watch the fight.

After circling each other for a whole, Lincoln grabbed Jack Armstrong by the neck, holding him at an arm’s length away, and shaking him like a little boy. This move angered the Clary’s Grove Boys, who began to move in toward Lincoln. We don’t know if Lincoln was scared or not, but he declared that he would fight every member of the Clary’s Grove Boys in fair, but individual, fights.  Luckily, Jack Armstrong called them off, and told Lincoln that he “is the best fellow that ever broke into this settlement. He shall be one of us.” 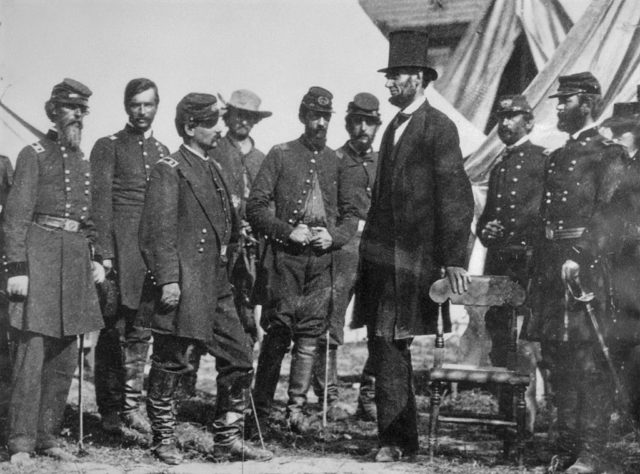 After this fight, Lincoln gained the respect of Jack Armstrong, the Clary’s Grove Boys, and the rest of the town. Lincoln went on to have an illustrious wrestling career. In fact, historians have only been able to find one loss in more than 300 matches over the span of 12 years. This loss occurred during a regional championship match against a man named Lorenzo Dow Thompson. Lincoln met Thompson when he was Captain of the Illinois militia during the Black Hawk War. However, Lincoln was a good sport about his loss, telling his friends that Thompson won fair and square

More from us: Honest Ale! Abraham Lincoln’s Early Job as a “Bartender”

Lincoln was given an “Outstanding American” honor by the National Wrestling Hall of Fame in 1992.