The largest meteorite ever found in Germany was just identified 31 years after being first discovered. Meteorites are one of those unusual objects from the heavens that have fascinated mankind since we first began learning of their existence. They have plunged to our planet since time immemorial, and many thousands of years ago our ancestors believed they were messages from the Gods, usually portending bad events. Even as astronomers and other “sky specialists” came to learn about them and understand what they were, artists of all genres continued to seize on meteorites as a source of inspiration for stories, novels and perhaps most of all, movies.

Probably the earliest well known meteorite movie “The Monolith Monsters,” a 1950s science fiction movie that suggested people in a mid-western American town were turned into zombies by something inside a meteor that fell to someone’s backyard. Then in 1962 came “The Day Of The Triffids,” a film that is still considered one of the best, and creepiest, sci fi thrillers of that decade. It was based on the novel of the same name, and told the story of a meteorite that made everyone on Earth blind, causing untold pandemonium and chaos. 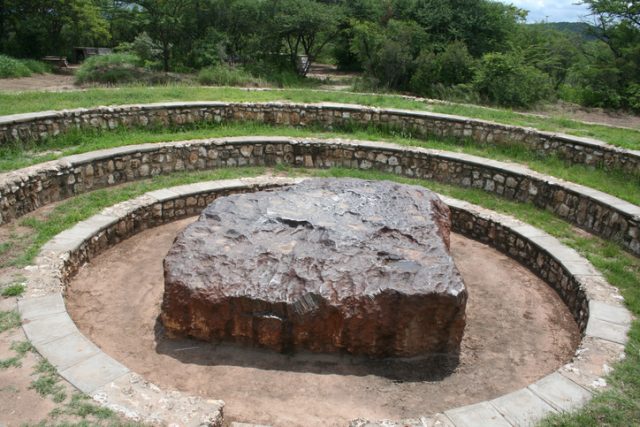 The Hoba meteorite, the largest meteorite in the world.

After the 1960s, meteor films became even more popular as audiences developed a taste for the thrills that came along with being scared by objects from outer space hurtling toward our planet. That’s why films like “Deep Impact,” in 1998, are such a smash — people’s fears can be projected onto this mystifying rock from the heavens, and Hollywood ran with it and made a small fortune playing on those fears.
The reality of meteorites is somewhat more prosaic, dull even. They are simply parts of rocks flying around in space that break away from, for example a comet, and make their way to Earth. 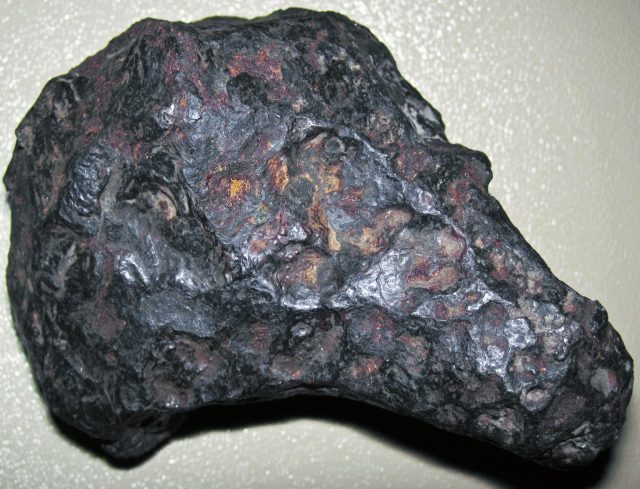 Still, when someone finds one in their backyard, it’s big news, and that’s what happened 31 years ago in southern Germany. A gentleman was outside his home digging away in the ground to build a trench for a cable, in 1989. When he pushed down on his shovel, at first he thought he’d simply hit a large stone.

At the time he didn’t think too much of it, and used the attractive, large rock for decoration in his garden in Blaubeuren. It wasn’t until January of this year, when he put a magnet against it and realized it contained iron, that the home owner thought it wise to contacts experts. So that’s what he did, and specialists at the Institute of Planetary Research confirmed he did, indeed, have a huge meteorite on his property. 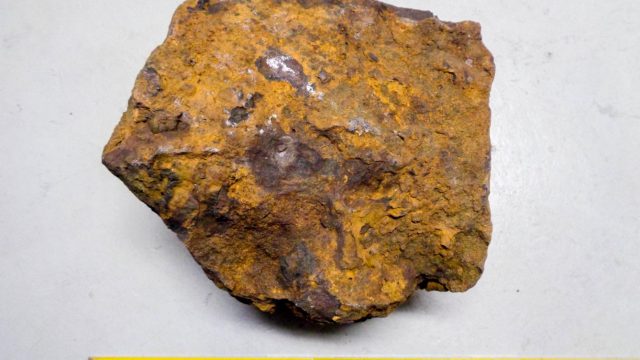 Any meteorite landing anywhere would be important, but this one is particularly so because it is the largest one that has ever fallen in Germany, experts say. It was on record as having landed in a garden three decades ago. It’s existence came as a delightful surprise to the institute.

In a statement to the media, a spokesman for the said, “The angular boulder was then left lying in the garden,” once it was found. “Only 31 years later did it occur… that it might be a visitor from space.”

In 2013, a meteorite landed in Russia and was so powerful that it blew out some windows in the Ural Mountains. Most meteors never make it to Earth, as they break off from a comet and burn up while still sailing through the atmosphere. If they do make it to here, they are called meteorites rather than meteors.

The one in Germany, which measures 11 inches X 9.8 inches X 7.9 inches, probably isn’t big enough to earn center stage in the plot of a movie. But it did make a nice addition to one citizen’s garden for several decades, and now has its rightful place among the stories cherished by German astronomers.