These are the words often used to describe the legendary Howard Hughes: Business Magnate, Record-Setting Pilot, Film Director, Philanthropist. Yes, the Texas-born billionaire was a man of many hats. Now add one more adjective to the list: Bra Designer.

That’s right. Before Victoria’s Secret was just a twinkle in the eye of every top-heavy gal and pre-pubescent boy, Hughes tried his hand at creating a better boulder holder.

It all started with the 1943 film The Outlaw, which Hughes produced and directed. This wasn’t his first Hollywood rodeo. Hughes had experience when it came to making movies, or, at least, shoving piles of money at people to make films for him (one example, Hell’s Angels, which launched the career of one-time Hughes’ arm candy, Jean Harlow). 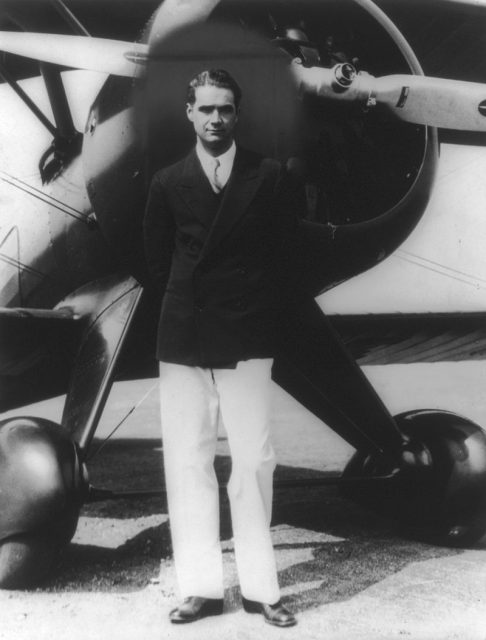 The Outlaw, a film about Western legends Billy the Kid, Doc Holliday, and Pat Garrett, was never in danger of being Oscar bait. But no matter: In Hughes’ mind, leading lady Jane Russell, or, rather, Jane Russell’s breasts—which Hughes was fixated with–were the star of this show. And to be sure, scenes were staged to show off the actress’s ample assets. 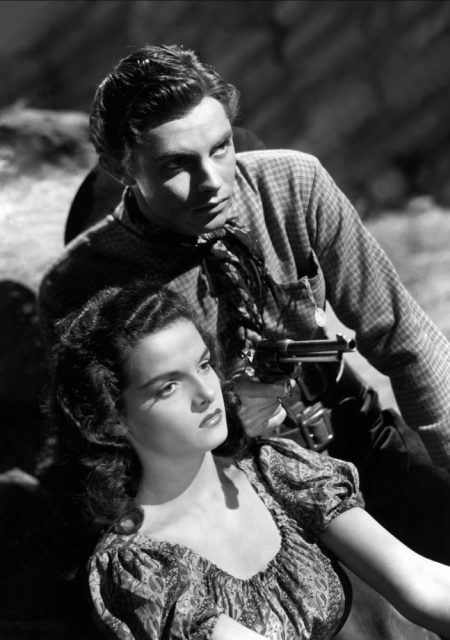 Jack Buetel and Jane Russell in the film “The Outlaw”

But watching the daily rushes, Hughes still wasn’t happy, so he put his engineering background to good use, designing a cantilevered bra to emphasize Russell’s bosom—in short, an underwire bra.

Hughes had curved steel rods sewn into the bra, under each cup, and attached them to the shoulder straps.

The design lifted breasts up and squeezed them together, and also made it possible to lower the shoulder straps, so a larger amount of bosom was exposed. Alas, even after all that work, Jane Russell was less than impressed with Hughes’ handiwork. 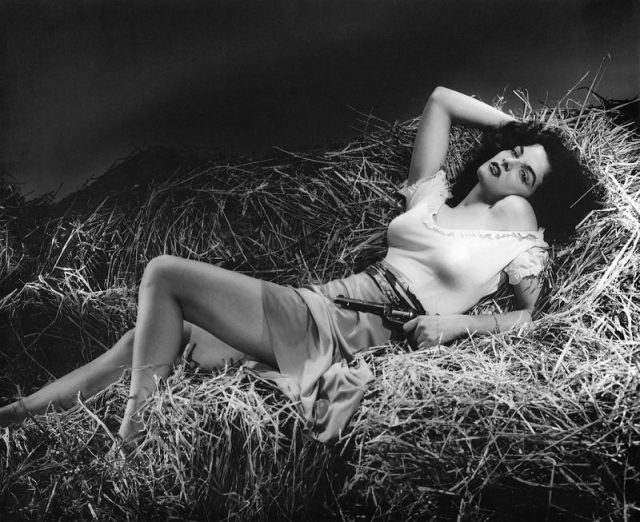 Famous publicity still used to promote both the film and Russell

“Howard decided it wouldn’t be as hard to design a bra than it would be to design an airplane,” Russell recalled, in the book Dressed: A Century of Hollywood Costume Design. “[But] when I went into the dressing room with my wardrobe girl and tried it on, I found it uncomfortable and ridiculous. Believe me, he could design planes, but a Mr. Playtex, he wasn’t.”

Ultimately, Russell wore her own bra, padding it with tissue and pulling down the straps. If Hughes suspected a switch, he never let on. 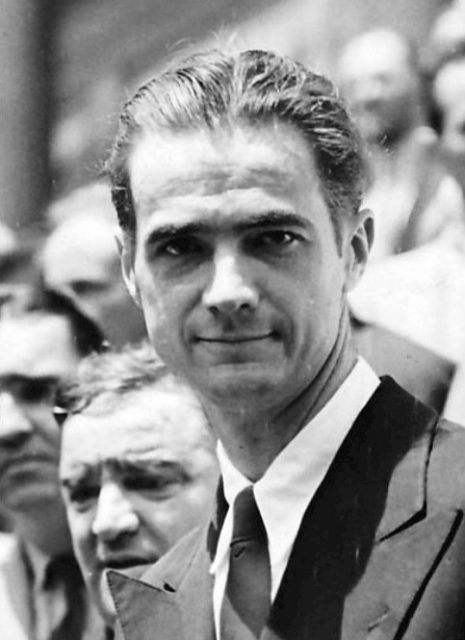 To promote the movie, Hughes came up with saucy taglines (sample: “What are the two great reasons for Jane Russell’s rise to stardom?”), assuring male movie-goers that his leading lady’s breasts would play a pivotal role—which aggravated the Motion Picture Association of America (MPAA) to no end.

Quotes from the beautiful leading ladies of Hollywood.

The film, after all, was made at the height of the production code, a set of sticky movie industry moral guidelines, overseen by killjoy Will Hayes. Though the film wrapped in 1941, Hughes had a battle on his hands. Nudity was off-limits and low-cut cleavage wasn’t exactly embraced either. 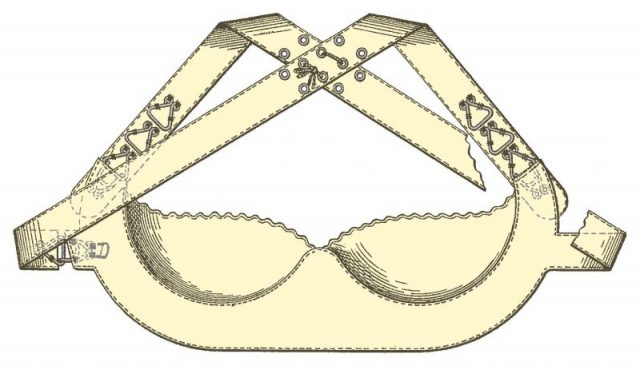 One of the earliest bra designs: Marie Tucek’s “Breast Supporter”

But Hughes wasn’t going down without a fight. Ever the crafty businessman, he devised a plan, ordering his staff to call ministers, women’s clubs, and other easily-offended types, telling them about the “lewd picture” Howard Hughes was planning to release.

Then Hughes sat back and waited for the wrath of an indignant public. People fell for the ploy, insisting that the movie be banned. 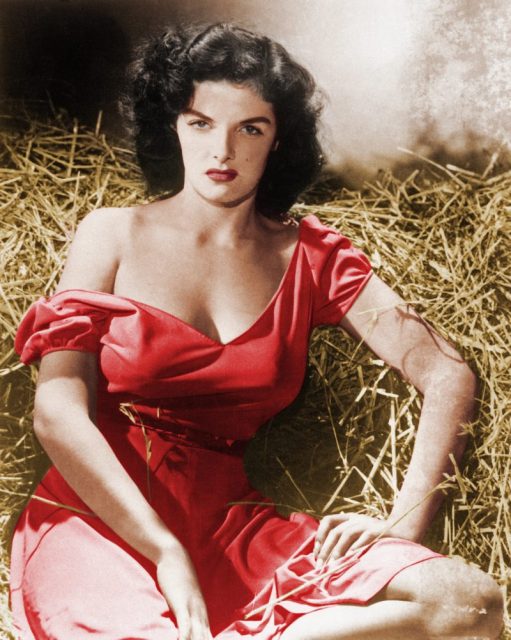 Of course, the buzz led to the film getting released in 1943, though it was pulled shortly afterwards because of production code violations.

It would find its way back to wide release three years later, and thanks to the drummed-up controversy, became a box office hit.

Related story from us: Project Azorian: Howard Hughes’ secret mission, which involved the CIA and a missing Soviet submarine off the coast of Hawaii

The garish red-and-yellow movie poster, featuring you-know-who, wearing a you-know-what, put it best: “The Outlaw: The Picture That Couldn’t Be Stopped!”