The real life army of giants

King Frederick William I of Prussia (aka “The Soldier King”) was a skilled leader—adept at running his country’s economy and the military.

During his reign, between 1713 and 1740, he transformed the army of about 30,000 poorly-trained troops he inherited from his father, Frederick I, into an awe-inspiring army, over 80,000 strong.

It would become one of the most formidable forces in all of Europe, expanding Prussia’s territories and transforming the German state into a European powerhouse. 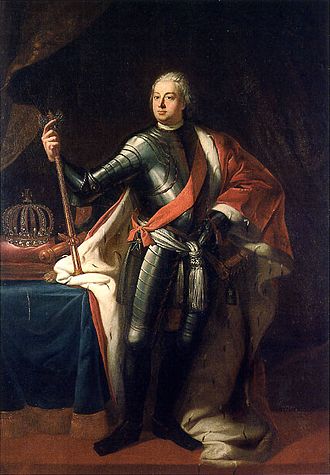 Frederick William I, known as the Soldier King.

But there was another regimen of soldiers employed by the king. You see, along with his immense political talents and military smarts, Frederick William had a strange, borderline creepy obsession with extremely tall men—or, more specifically, soldiers.

It led to the ruler creating an army composed of towering men, officially given the lofty title of “The Grand Grenadiers of Potsdam,” though known throughout Europe as “The Potsdam Giants.”

To be a part of this posse, you didn’t need to possess agility or a quick mind, or be handy with a musket. There was only one requirement: being over six feet tall. Indeed, these towering troops weren’t meant for fighting, but merely for show and for Frederick William’s personal amusement.

On the surface, it seemed as though the Giants were living the, well, high life. They were decked out in elaborate uniforms—complete with a hat measuring a foot-and-half, to make each man seem even more imposing. (To paraphrase a popular Texan phrase: They were all hat and no battle.)

The men enjoyed the best food and were given the most comfortable lodgings. There was also a kind of pecking order put in place: The taller you were, the more you were paid.

Below the elaborate trappings, however, was a more sordid story.

Though some of the soldiers volunteered for service of their own volition, many were kidnapped, sold, or bred into the regimen. Fathers were rewarded for surrendering their sizable sons; landowners for their towering farm hands. Even children weren’t spared: A red scarf was wrapped around the necks of newborn babies, “marking” them as a future prospect if they were thought to become unusually tall.

It seems that no one was spared; not even an exceptionally tall Austrian diplomat who caught the king’s eye. He wasn’t the only foreigner to be bound and gagged, then sent to the German state to join the regiment’s ranks.

To say that the king was obsessed with his gargantuan army would be a huge understatement. Indeed, he once proclaimed, “The most beautiful girl or woman in the world would be a matter of indifference to me, but tall soldiers, they are my weakness.” It would seem so.

24 Historical words ready to use today.

The soldiers were to be at their king’s beck and call, victims of his weird whims. Frederick William treated the men like toy soldiers. When he was depressed, the king would lift his spirits by ordering his troops to march “preceded by tall, turbaned Moors with cymbals and trumpets and the grenadiers mascot, an enormous bear.”

When his was ill, men were paraded through his bedchambers. The only good thing about being among the king’s beloved army: The soldiers never saw active duty because they were too valuable to Frederick William. The role of these men was to amuse and entertain, not fight. 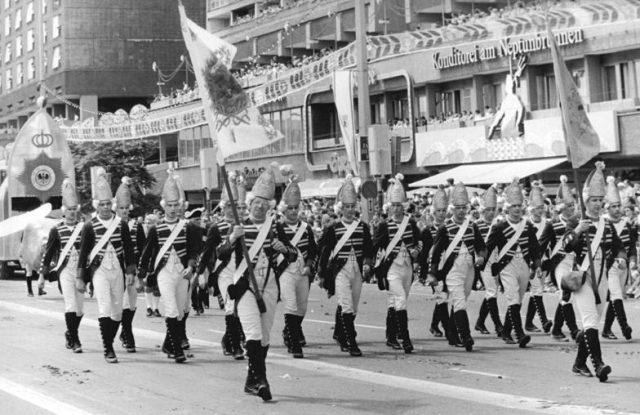 The Grand Grenadiers of Potsdam. Photo by Bundesarchiv, Bild CC BY SA 3.0

And things would get even crazier. To assure that his army was the loftiest in all of Europe, Frederick William started dabbling in controlled breeding, pairing tall men and women to breed, you got it, tall soldiers.

Far more cruel practices were to come. One involved stretching soldiers on racks to make them even taller. (Frederick William would often watch the proceedings while eating his lunch.)

The king eventually banned the practice—not because men sometimes died on the stretching rack, but because Frederick William was afraid he would run out of soldiers. Any man who tried to escape was put to death. 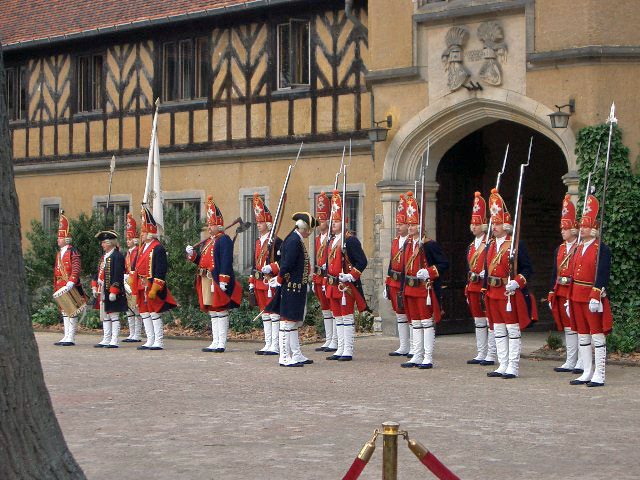 At the time of his death, in 1740, Frederick William had amassed no less than 2,500 towering infantrymen. Alas, his son and heir, Frederick the Great, wasn’t as infatuated with his father’s army—in his eyes, nothing more than ineffectual show ponies.

He sent many of them to active duty, for which they were woefully unprepared. The squadron was officially disbanded in 1806. Even so, the Potsdam Giants weren’t entirely forgotten and would leave an indelible—if horrific—mark on world history.

Some believe that the roots of the Nazi’s goal of creating a master Aryan race, comprised of tall people with blonde hair, blue eyes, and fair skin, was inspired, in part, by the sad Giants of Prussia.