Mexican wrestler El Santo never took his silver mask off his face until 1984, ten days later he passed away

People say that El Santo was bigger than a legend in Mexico. He was one of the most loved celebrities and a popular cultural icon for over four decades. El Santo was one of the main reasons for the worldwide popularity of Lucha Libre, the faced-paced Mexican version of professional wrestling.

Ever since he entered the squared circle in the early 1940s, with his silver mask and cape, El Santo never lost his mask, which is the ultimate defeat in Lucha Libre.

And not did he not lose it in a fight, but outside of the ring El Santo never took his mask off. People didn’t know what he looked like, including his crew and collaborators.

He was known to have a special “mealtime” mask that was designed with a mouth cut which allowed him to eat. When he was supposed to travel with his crew by plane, El Santo always carefully booked different flights from his crew, to avoid being recognized. 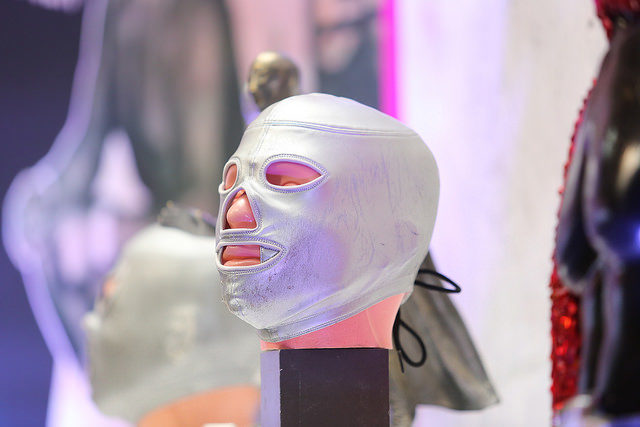 He was born Rodolfo Guzmán Huerta in 1917 and grew up playing baseball and football, and training in ju-jitsu before classical wrestling.

Defeating the great luchadores of the time, El Santo soon rose to great fame. He was known as “El Enmascarado de Plata” (The Man in The Silver Mask), kind of a real-life superhero whose presence thrilled the Mexican nation. 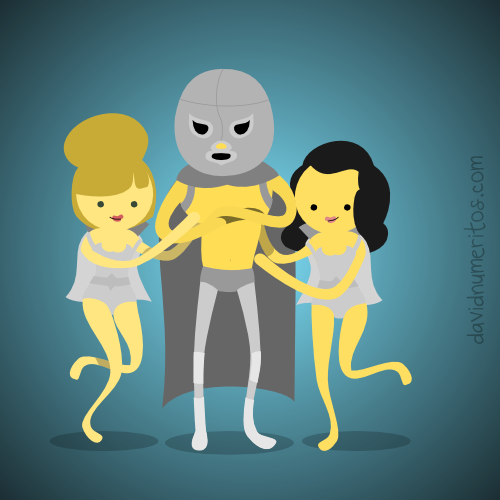 Guzmán debuted in the ring in 1932 and in the following years fought under different names: El Demonio Negro (The Black Demon), El Hombre Rojo (The Red Man), and El Murcielago II (The Bat II), but when the original El Murcielago wrestler complained to the boxing and wrestling commission in Mexico, Guzmán was forced to establish a new name for himself. On June 26, 1942, he wrestled for the first time as El Santo at the Arena Mexico. 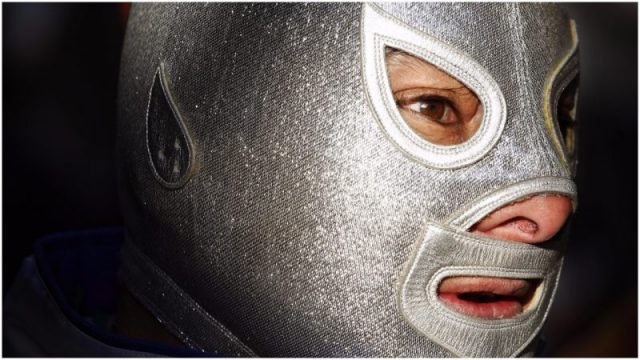 At the time, besides El Santo, there were Gory Guerrero, the Blue Demon, and the Black Shadow as the most popular and beloved luchadores.

While El Santo and Guerrero formed the team “La Pareja Atómica” (The Atomic Team), El Santo and the Black Shadow were the greatest rivals in the arena.

Their rivalry culminated on November 7, 1952, in a match that is often considered as one of the most important and significant in the history of Lucha Libre, and one of the most famous in Latin American history. 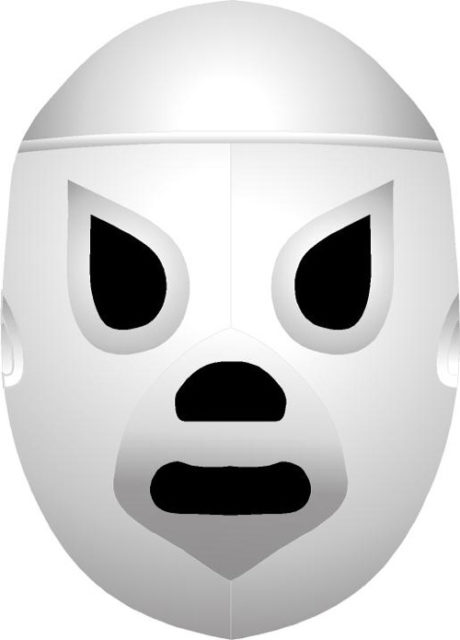 After a 70-minute-long mask vs. mask match, El Santo unmasked the Black Shadow in the ring — which meant the ultimate defeat for his opponent and retirement from wrestling.

This event triggered the Blue Demon, who frequently teamed with the Black Shadow in the masked duo “Los Hermanos Shadow” (The shadowed brothers), to challenge El Santo. 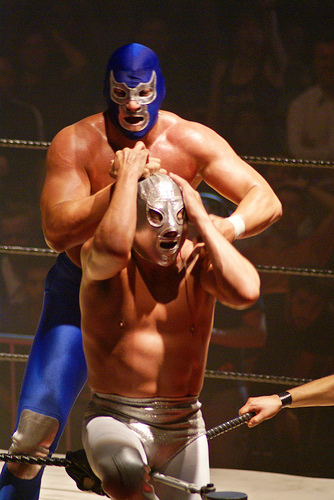 In a series of matches in 1952 and 1953, Blue Demon defeated El Santo. He took the NWA World Welterweight Championship from Santo and held it until 1958.

Even though the two wrestlers often worked and appeared together in movies, it is said that El Santo never got over his loss to the Blue Demon. 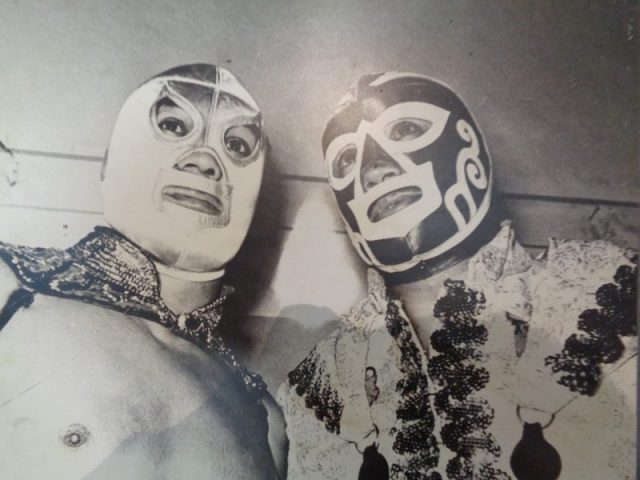 In 1952, comic writer Jose G. Cruz turned El Santo into a comic-book character that grew to be so popular that in 1958 he got his first role in a movie, Santo vs. the Evil Brain.

That was only the beginning of a successful movie career during which he appeared in more than 50 films, including Santo Vs. Zombies, Santo Vs. Frankenstein’s Daughter, and the most popular one from 1962, Santo Vs. The Vampire Woman.

The Mexican hero wrestled until 1982 when he retired, just a few days before he celebrated his 65th birthday.

During the talk show “Contrapunto” in 1984, El Santo finally took off his mask for the first time in his career. All his fans and most of his collaborators had the opportunity to meet the Mexican legend for the first time. It was an emotional moment all throughout Mexico. 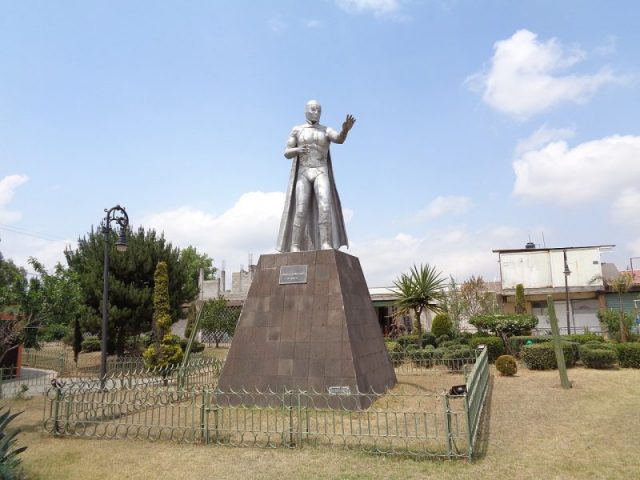 Only ten days after the nation saw his face, on February 5, El Santo died of a heart attack. His funeral is still one of the biggest and most attended in Mexican history. People from all over the world gathered to see “El Enmascarado De Plata” one last time.

Since the early 1940s, El Santo was married to María de Los Ángeles Rodríguez Montaño with whom he had ten children. His youngest son, Jorge Ernesto Guzmán Rodriguez, also became a luchador and inherited the silver mask, fighting under the name El Hijo del Santo. He retired in 2014, after which one of Santo’s grandchildren (from another of his sons) took over and wrestled as El Santo, Jr. in Japan.