Against All Odds: The Female Renaissance Painter who Withstood Torture to put her Abuser in Jail

Knowing the details of an artist’s biography does not necessarily help to understand their work. However, in the case of Artemisia Gentileschi, life and artistic vision are inseparable. Today she is known as the first woman accepted into the Academy of Fine Arts of Florence.

Back in the 17th century, it was almost impossible for a female to obtain recognition in the artistic community. Therefore, despite her talent, it took years of trying and numerous attempts before Artemisia could enter the prestigious art school. 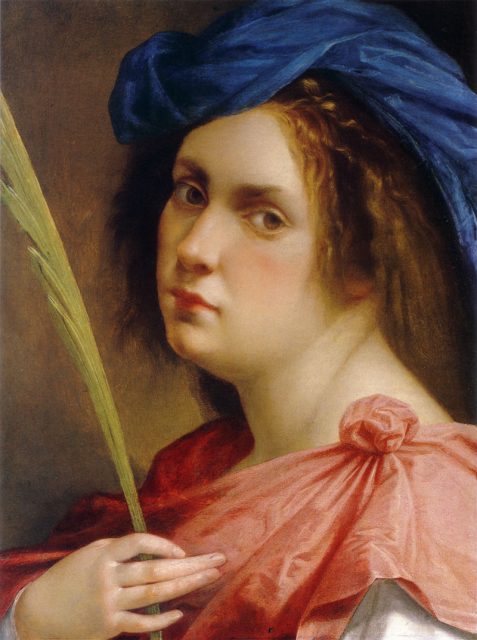 Artemisia Gentileschi was born in 1593 into the family of a celebrated painter and disciple of Caravaggio, Orazio Gentileschi. Pretty soon Artemisia’s father noticed his daughter’s gift and began her training as an artist. Her skills had developed rapidly and, at the age of 17, she created one of her most recognizable paintings called Susanna and the Elders.

It was hailed as a masterpiece and rumors instantly spread, as people found it hard to believe that a young woman could come up with such a brilliant work. Some suggested that Orazio Gentileschi helped his daughter to paint, others insisted that he was in fact the sole author of the painting. 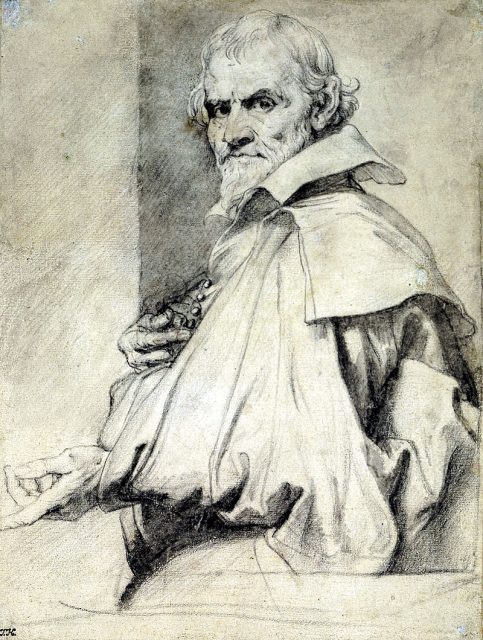 To develop his daughter’s skills, Orazio hired an established painter called Agostino Tassi to tutor her privately. This decision resulted in tragedy as Tassi, famous for his brutal temper, raped Artemisia.

From the surviving documents, it appears that Tassi tried to reconcile with Gentileschi by promising to marry his daughter. Unaware of Agostino’s corrupted nature, Orazio sincerely hoped to arrange a marriage between the couple, as it was a common way to eliminate the kind of disgrace that had befallen Artemisia. 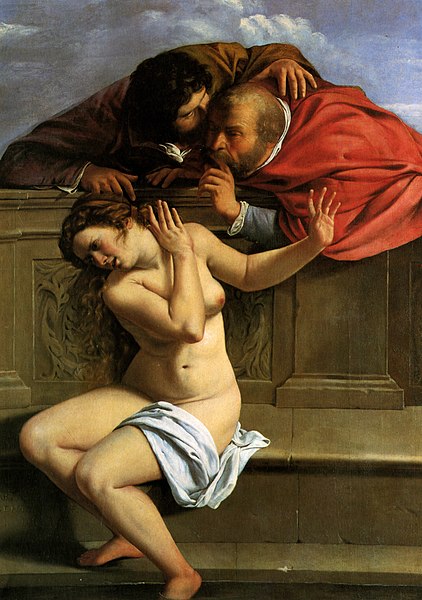 Susanna and the Elders, one of Artemisia Gentileschi’s early masterpieces (1610)

However, such a union was impossible from the start due to another concealed fact from Agostino’s biography. It turned out that he already had a wife, who was also young and whom he acquired in the same ruthless fashion. The woman was missing, and some believed that Tassi had hired assassins to get rid of her.

Refusing to put up with the state of things, Artemisia obtained her father’s approval to bring charges against her offender. By that time the Gentileschis had already become famous for their artistic prowess, and thus the trial was open to the public. The case itself was complicated. 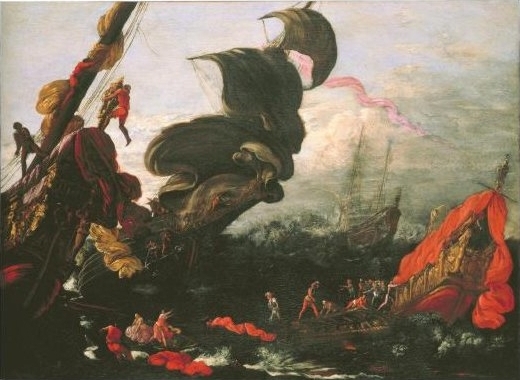 The Fleet of Aeneas by Agostino Tassi.

The fact that Artemisia’s relationship with Tassi had lasted for some time after the shameful act made it impossible to charge the rapist with anything besides taking her virginity, which was considerably difficult to prove. The trial lasted for seven months. As it moved on, Artemisia had to go through endless interrogations and embarrassing gynecological examinations. 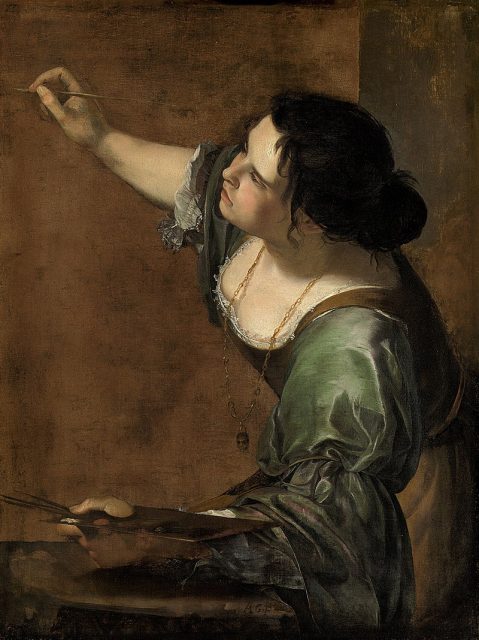 Artemisia Gentileschi, Self-Portrait as the Allegory of Painting, 1638–9, Royal Collection.

Tassi’s testimony was both cruel and cynical. He invented all sorts of stories to disgrace Artemisia, daring to claim that she had liaisons with many other men including her own father. To prove the young girl’s inappropriate behavior, Tassi testified that there had been several occasions when Artemisia joined him and his friends for a ride out in nature to perform acts of a sexual character.

The process was basically Gentileschi versus everyone else. After all, what was the word of a young girl, who claimed to be a painter, against the word of a celebrated, and most importantly, male artist? 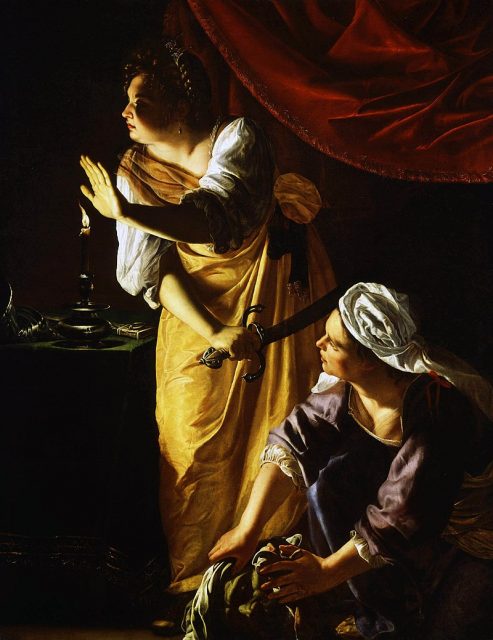 Judith and her Maidservant by Artemisia Gentileschi, 1625.

In order to validate Artemisia’s testimony, it was decided to torture her using thumbscrews. This mechanism was designed to crush the victim’s fingers or toes by slowly applying pressure on them. We can only guess what it felt like, both physically and mentally, for a painter to undergo a procedure of this kind.

Luckily, the trial ended in favor of Artemisia as another of Tassi’s disgraceful affairs emerged. It came to light that before Gentileschi, he had also molested and raped his own sister-in-law. Agostino Tassi was found guilty and sentenced to two years in prison. 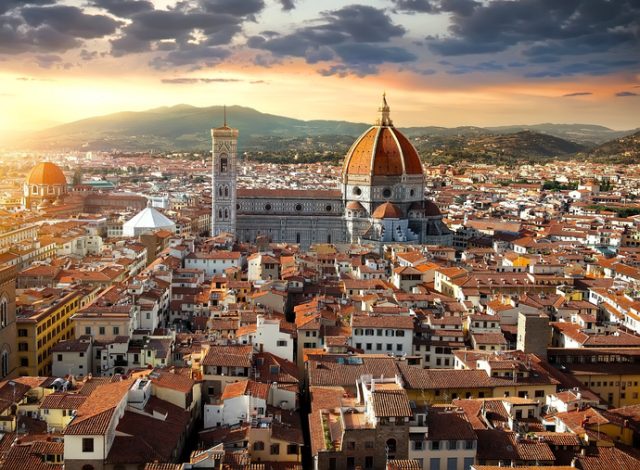 However, he was released after eight months in 1613 and exiled from the city. Artemisia managed to restore her reputation, but the scandal caused by the trial made staying in Rome impossible. An arranged marriage with an artist Pierantonio Stiattesi followed, and shortly after, the couple left for Florence.

During her Florentine period, Artemisia developed close relationships with many of the celebrated artists and influential people of her time. It is known from surviving letters that she corresponded with Galileo Galilei and the Grand Duke of Tuscany himself. Just like her father, Artemisia admired Caravaggio, his unmistakable chiaroscuro and the depth of his colors. 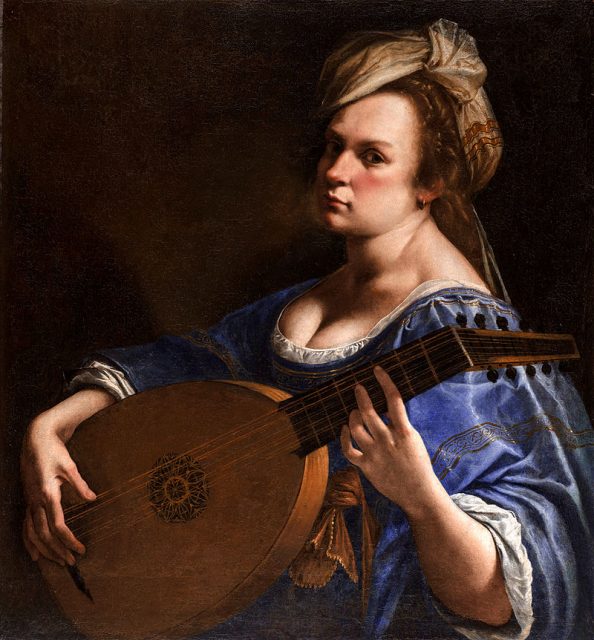 The great artist’s influence can be observed in many of Gentileschi’s works, both in terms of the color pattern and the subjects she depicted. For example, her Self-Portrait as a Lute Player corresponds with the painting by the celebrated artist. She dedicated her life to art, mastering her skills restlessly for one daring goal that took quite a while to fulfill.

At last, after numerous unsuccessful attempts, Artemisia Gentileschi became the first female member of the Academy of Fine Arts of Florence. The artist’s paintings, especially those of a Biblical nature, were highly in demand. She would even replicate some of them for commercial sales. Among the most recognizable masterpieces of Artemisia Gentileschi is Judith Beheading Holofernes. 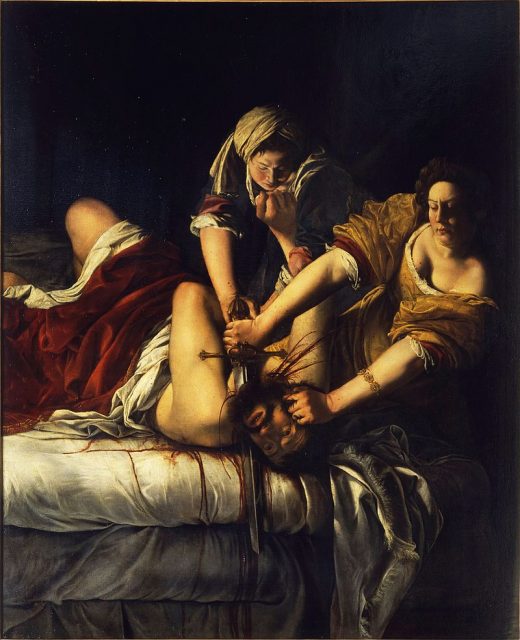 This painting represents the moment when the fierce general is being slain by the woman’s hand. Gentileschi’s Judith is strong, determined and powerful. With a sure hand, she is performing her duty, spilling the enemy’s blood. The handle of her sword is placed vertically, resembling a cross that brings justice over evil. Its sharp blade is slitting Holofernes’ throat, dividing the composition of the painting into two parts.

Some experts believe that the picture bears a hidden message to Artemisia’s offender, as the position of Holofernes’ body resembles that of a raped woman, and the face of Judith mirrors Artemisia herself. 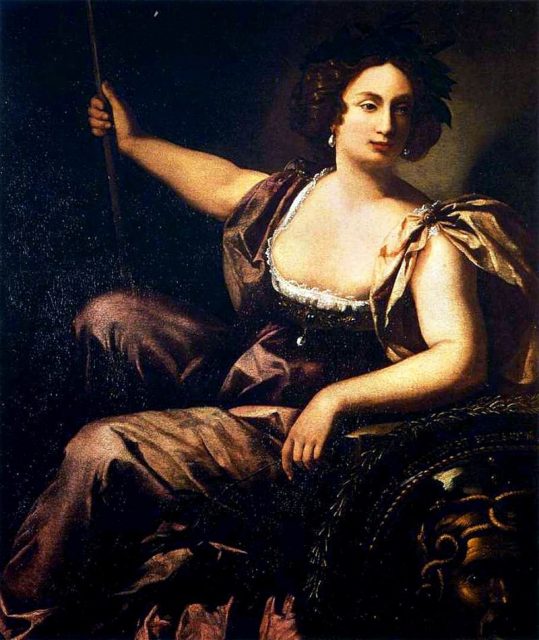 The tragic experience of the artist’s youth became imprinted on her works. Throughout her life, Artemisia Gentileschi would return to painting mythological and Biblical subjects, depicting women conquering evil or suffering from it.

One might say, quite fairly, that the themes of her paintings are typical for the 17th century. However, in the case of Artemisia Gentileschi, the familiar subjects appear remarkably personal. By understanding the sad events of the painter’s life, it’s possible to grasp the profound bitterness and pain, hidden behind the famous scenes.

« When Food Cultures Collide: How Mexico Came to Love the Cornish Pasty
Sea Serpent – Can the Giant Oarfish Predict Earthquakes? »