The oarfish is a mysterious creature. Living at depths from 650 feet to 3,300 feet below sea level, little is known about the fish that has gone down in legend as a sea serpent. The giant oarfish is the longest bony fish in the world, with sightings from 13 feet upwards. According to Livescience, the largest giant oarfish ever found was a whopping 36 meters, about 110 feet.

In Japan, the slender oarfish, the smaller cousin of its giant counterpart, comes with its own legend. Called the “Messenger from the Sea God’s Palace,” the slender oarfish is said to beach itself before major seismic events as if to warn those on the land of the coming danger.

Oarfish that washed ashore on a Bermuda beach in 1860.

Reports such as the discovery of 20 oarfish found stranded on the beaches of Tohoku just before the 2011 earthquake and tsunami hit, and of fishermen discovering dozens of oarfish before the 2010 Chile earthquake certainly add a level of credence to the tales from folklore. 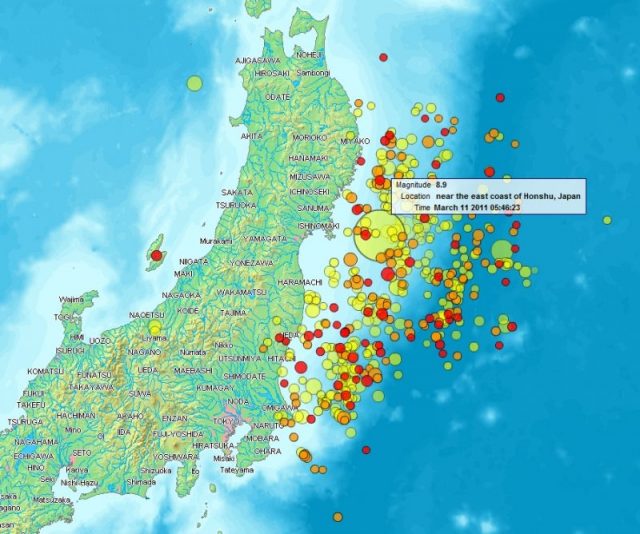 Throughout history, there is notable but anecdotal evidence that animals can detect seismic shifts before the tremors are felt by humans. Stories abound of creatures great and small giving of distress calls or abandoning their hiding places in the days leading up to an event. 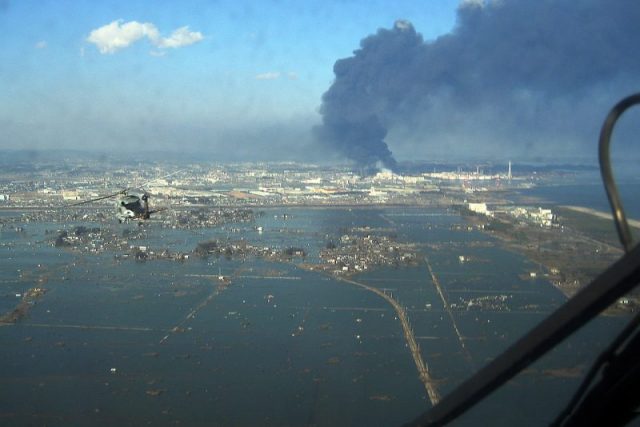 An aerial view of tsunami damage in Tōhoku.

The reason that animals seem to be able to predict seismic movement is still open to debate and is generally not considered a reliable predictor of earthquakes.

The oarfish legend does not hold up when seen as part of the grander picture. Firstly, not all earthquakes have an oarfish appetizer and not all oarfish beachings have preceded a seismic occurrence.

Secondly, the world is an active place with earthquakes happening all the time; if the oarfish was predicting these occurrences, there would not be many of them left in the deep blue. Thirdly, if the tremors were to send the oarfish fleeing for the surface, we would expect to see a lot of other deep-sea creatures doing the same thing. 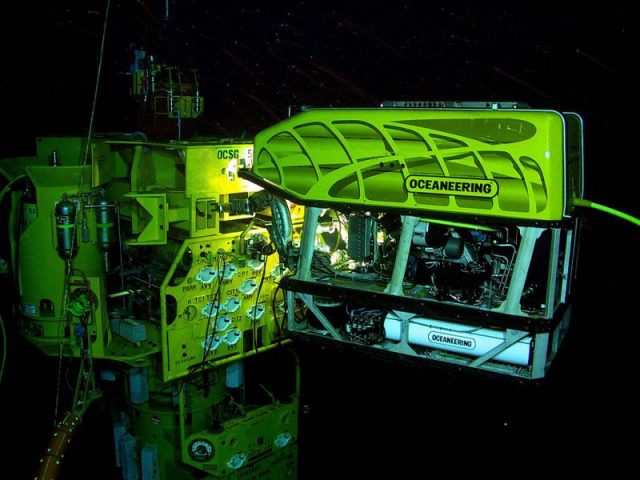 ROV at work in an underwater oil and gas field. The ROV is operating a subsea torque tool (wrench) on a valve on the subsea structure.

Although we know little about oarfish, they have been studied in the wild. A team called Project SERPENT has utilized underwater ROVs to study the lesser-known depths. They found that the oarfish positions itself vertically rather than horizontally, noting this is very likely a feeding tactic.

The question of why these fish are found at the surface is being investigated by scientists and there is a hypothesis that could provide us with an answer. Due to the anatomical mechanics of the oarfish, they are not the greatest swimmers, if they get caught up in some unknown current they would have great difficulty getting themselves out of it and would end up where the current takes them. 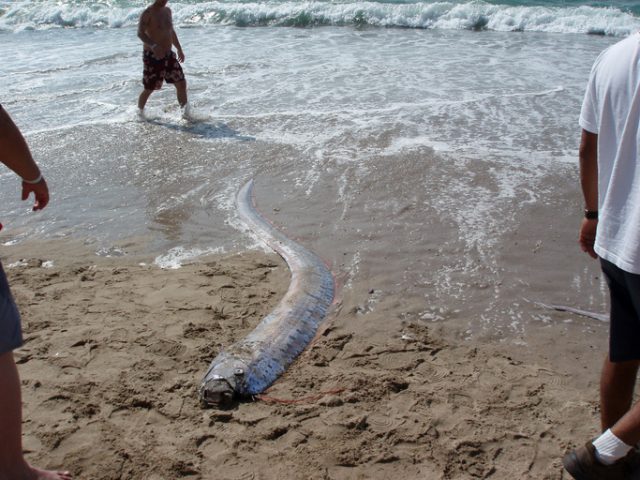 Oarfish ‘Sea Serpent’ that washed ashore on a beach in Mexico. Oarfish dive more than 3,000 feet deep, sighting of the creatures are rare.

This also goes for storm surges and the like — once the oarfish is close to the beach this is where it will end up. Why this should sometimes coincide with earthquake activity is still open for debate. 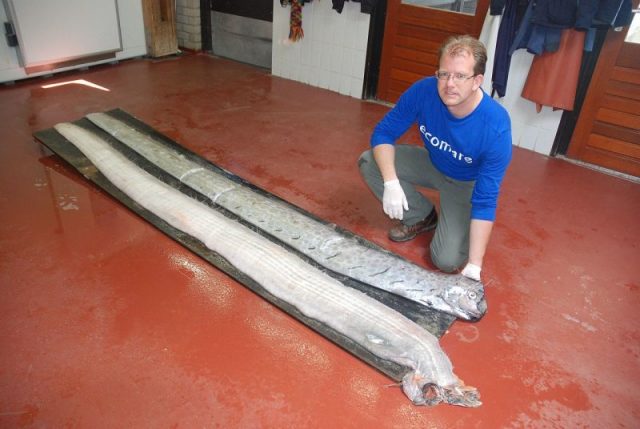 Whilst some will continue to believe that the appearance of the oarfish is a harbinger of things to come, there is no link between their sightings and earthquakes. As Hiroshi Tajihi, deputy director of the Kobe Earthquake Center, told the Daily Telegraph: “In ancient times Japanese people believed that fish warned of coming earthquakes, particularly catfish but these are just old superstitions and there is no scientific relationship between these sightings and an earthquake.”

Read another story from us: When hippos nearly saved America

The oarfish may not be a great early warning system, but it is a fascinating creature in its own right, one that scientists will continue to study. If anyone was wondering how they taste, it does not come recommended. By all accounts they are “flabby, glutinous and gooey.”

« Against All Odds: The Female Renaissance Painter who Withstood Torture to put her Abuser in Jail
Aftermath: France Under the Third Reich »