The Apollo Astronaut who Became Sick from Inhaling Moondust

Astronaut Harrison “Jack” Schmitt, who also has a Ph.D. in geology from Harvard University, landed on the Moon along with Eugene A. Cernan on December 11, 1972, and began collecting rock samples.

While other missions had collected rocks, no one had been familiar enough with geology to know what types were important.

With an expert picking the specimens, more stories could be told of the Moon’s history. 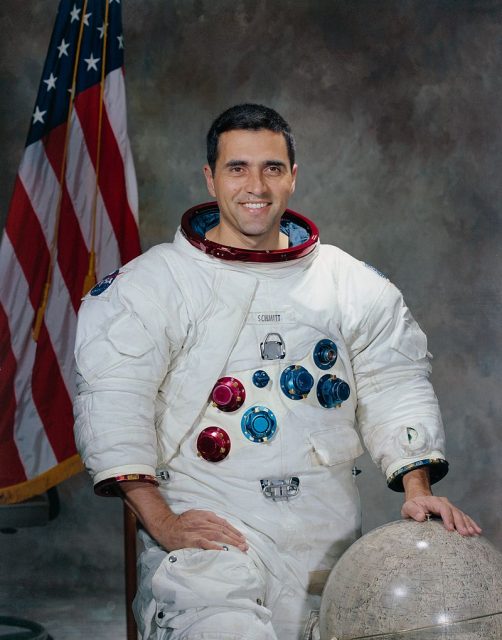 During the mission, Schmitt unintentionally breathed in some lunar dust and for the rest of the day exhibited signs similar to hay fever or an allergy — sneezing and watery eyes.

In 1972, the NASA doctors thought he was allergic to the Moon.

The ground crew at NASA’s John F. Kennedy Space Center were highly amused and, according to Mental Floss a member of mission control, Joseph Allen, remarked, “It’s funny they don’t check for that. Maybe that’s the trouble with the cheap noses, Jack.” 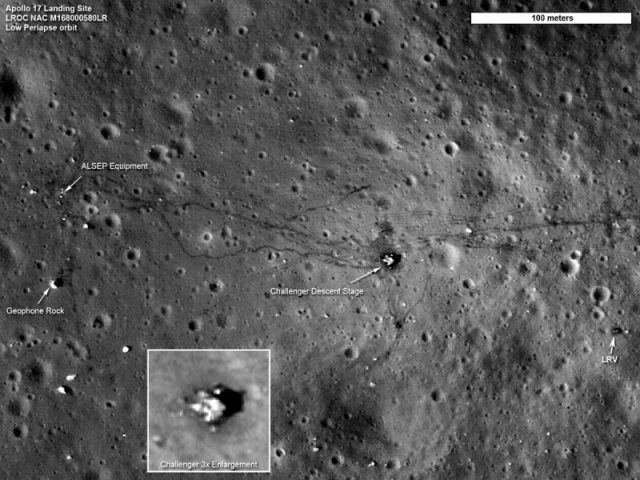 Moondust is composed of the remnants of micrometeorite impacts that remain sharp due to the lack of erosion because of no air or water movement on the Moon.

Small bits of iron are also in the dust, giving it properties similar to a blanket with static cling; the dust is attracted to everything.

It gets stuck in equipment, on the folds of spacesuits and, according to the director of the Planetary Geosciences Institute, Larry Taylor, in a 2008 interview at the Soil Science Society of America, “The dust was so abrasive that it actually wore through three layers of Kevlar-like material on Jack’s boot.” 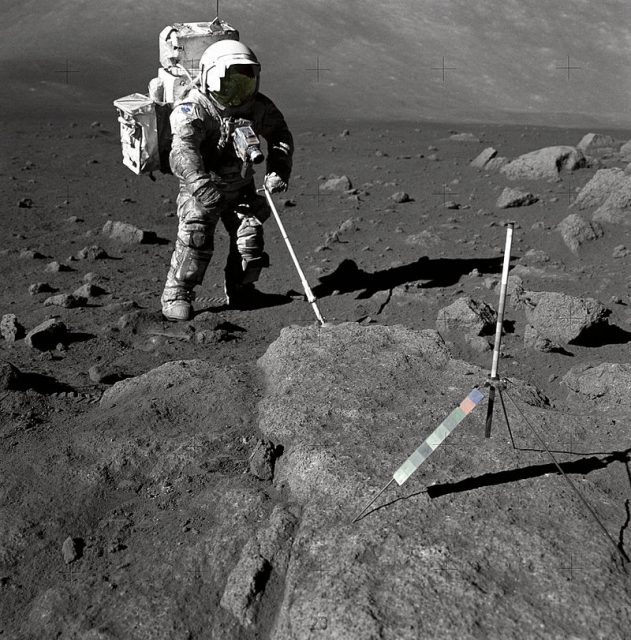 When the astronauts left the earth, their spacesuits were clean and white but when they returned it looked as though they had been playing football in the dirt. With no place to shake out their suits before returning to the lunar module, moon dust quickly coated the interior of the module. Cernan and Schmitt were breathing it and getting it in their mouths.

Since then, NASA has done extensive studies on the effects of moon dust. In the spring of 2018, GeoHealth conducted tests on man-made moon dust using similar materials of volcanic ash, lava flows, and an artificial powder to simulate the sharp particles. 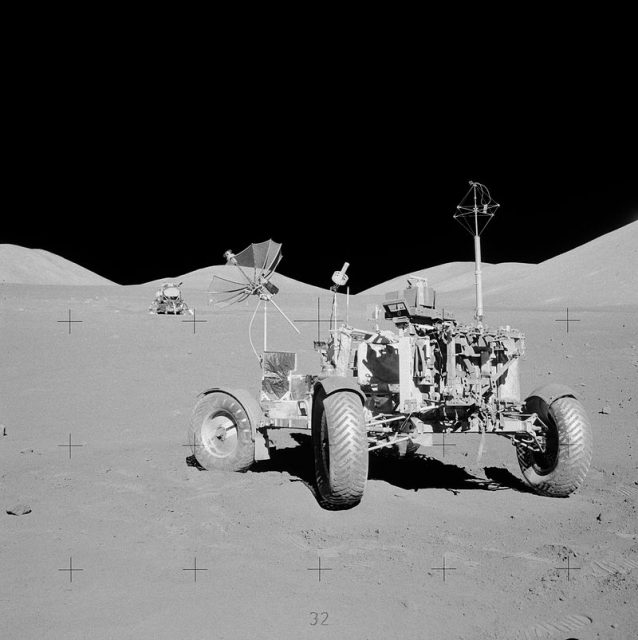 Apollo 17 lunar rover at its final resting place on the Moon. The Surface Electrical Properties (SEP) receiver is the antenna on the right-rear of the vehicle

The dust was able to embed itself into the lungs’ interior causing a type of respiratory disease similar to Black Lung Disease experienced by coal miners.

According to the test, the dust caused cell damage down to the DNA level and cell death, as well as hypertension which many of the Apollo astronauts are now experiencing. 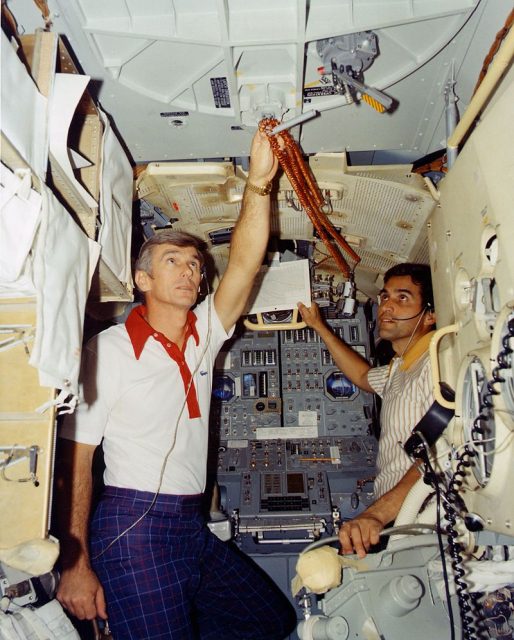 Apollo 17: Inside the Lunar Module training simulator, Gene Cernan drapes the cords for the LM cabin utility lights on the handle of the rendezvous hatch. The two utility lights are just to the right of Jack Schmitt’s right hand and are attached to the Alignment Optical Telescope (AOT) guard with clamps.

The findings have led NASA to begin development of ways to combat the lunar space dust.

The Apollo 17 mission aimed for the Taurus-Littrow Valley because of the varied geological content and the proximity to a crater that has produced volcanic rock in the past. 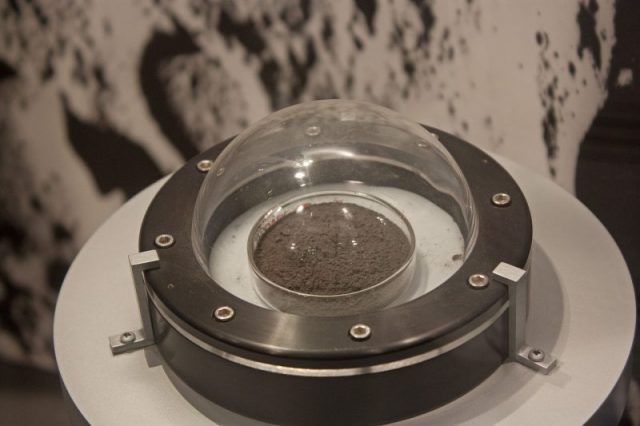 They also deployed a lunar rover to travel around to different test sites. Cernan holds the distinction not only of being the last man on the moon but also of being the only astronaut who broke a rover on the moon.

He and Schmitt were able to repair the fender that broke when a hammer in one of Cernan’s pockets caught the back of the right fender and pulled it off. 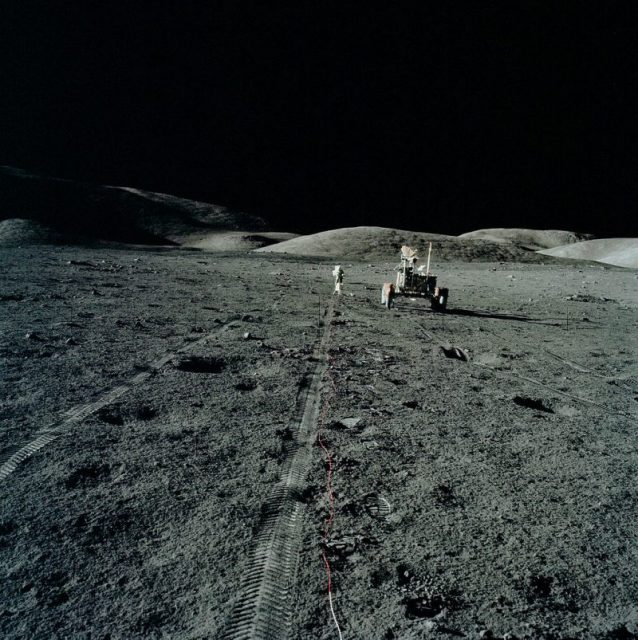 This is Gene Cernan’s photo from the end of the north arm of the SEP transmitter array, showing Jack Schmitt on the south arm beyond the transmitter.

Initially, they tried duct tape, one of NASA’s required items on the official stowage lists, but the dust kept it from adhering well.

Mission Control came up with a solution using four maps held together with duct tape (before they were exposed to dust) which were then clamped to the end of the broken fender.

Read another story from us: Apollo 11 Astronauts were Quarantined for 21 Days after Returning from the Moon

The solution worked and the mission was completed successfully.