Everyday fashion took a surprising turn in the 1970s, combining the freedom of the Summer of Love spawned in the 1960s with a more daring sense of individual style and flashing colors. Derived from the “do it yourself” attitude of the hippie counter-culture which opposed corporate clothing brands, the fashion of the 1970s embraced eccentricity and exploded in a palette of psychedelic long-sleeved shirts, bell-bottom jeans, mini-skirts, and platform boots.

As a reaction to this surge of new and provocative clothing items, Vogue famously proclaimed ―”There are no rules in the fashion game now”.

With the development of different music genres, came the distinct accessories and clothes of various groups ― the glitter and satin of the disco fans, together with the not-always-so-practical platform shoes;  the ragged and provocative punk culture of the late seventies which largely included items made of leather, together with the glam-rock gender-bending androgynous styles of the likes of David Bowie, The New York Dolls and other popular artists of the era. 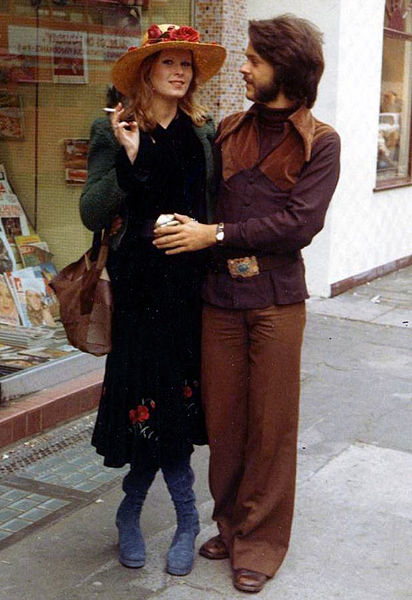 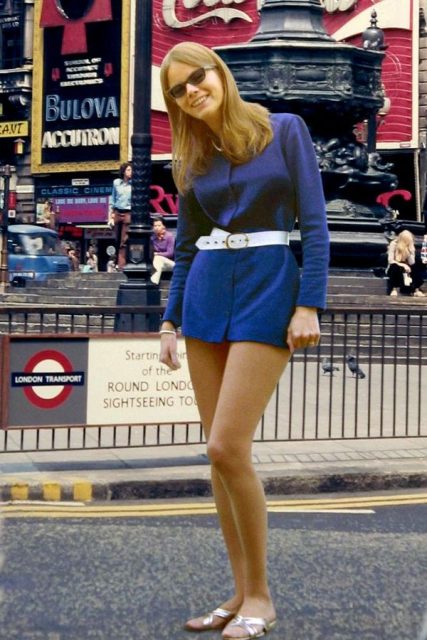 Girl at Piccadilly Circus. Photo by JaneArt CC By SA 4.0 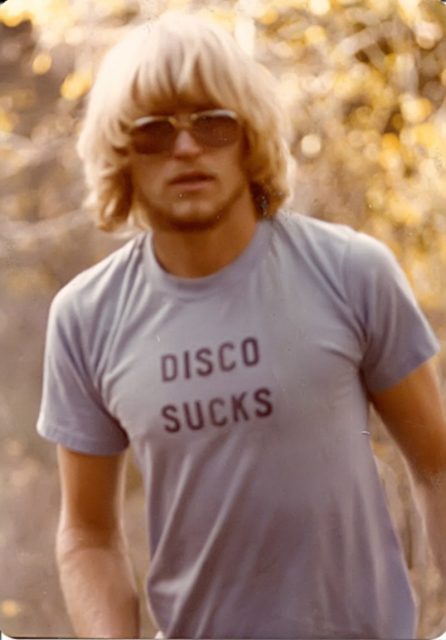 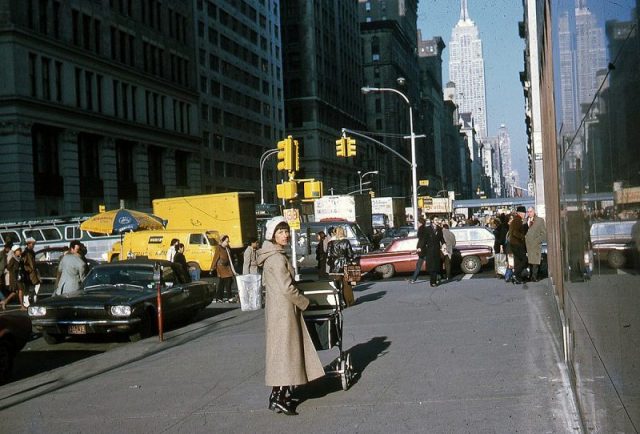 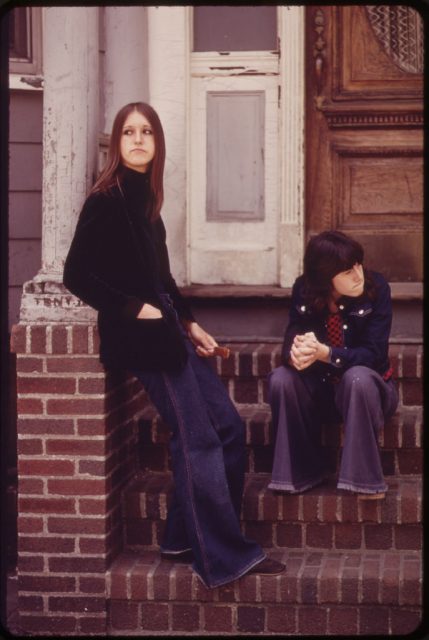 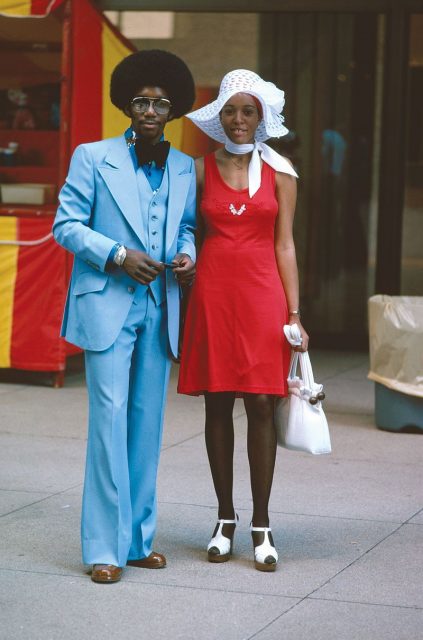 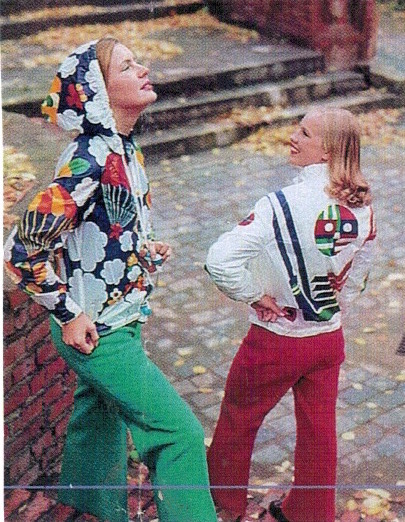 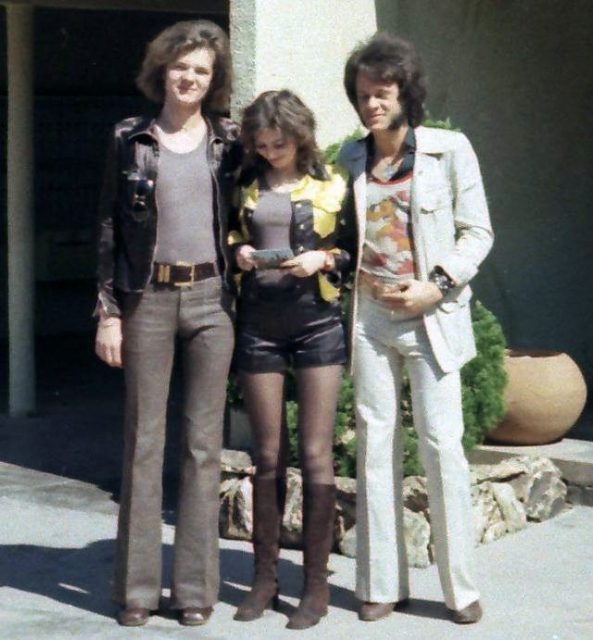 A lot going on in this picture – sideburns should make a come back. 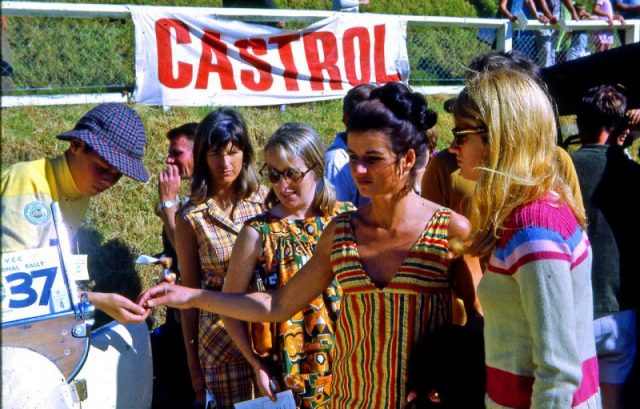 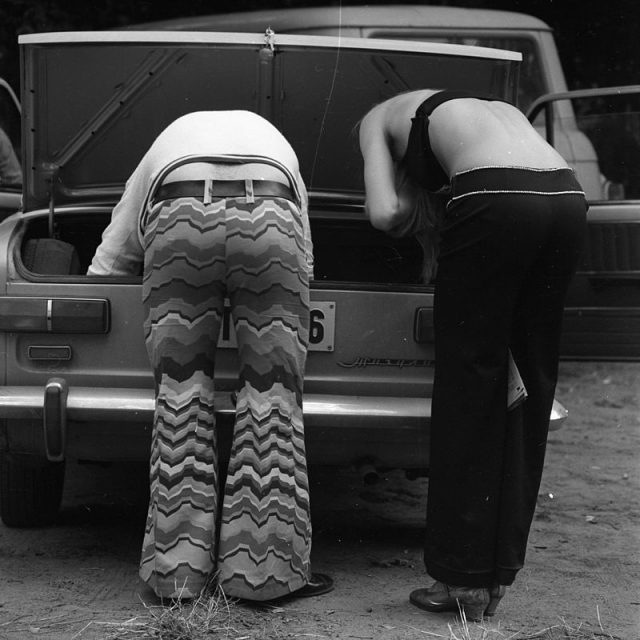 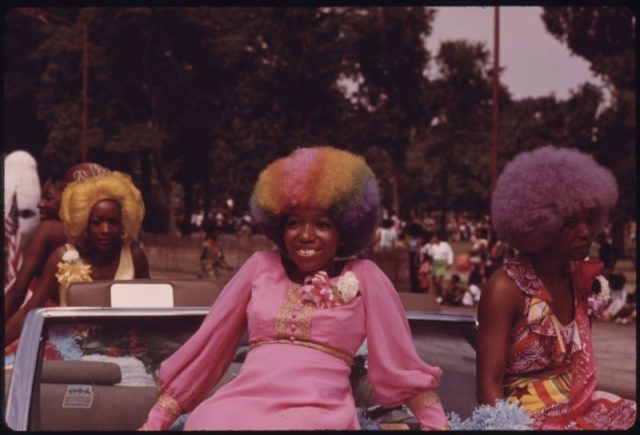 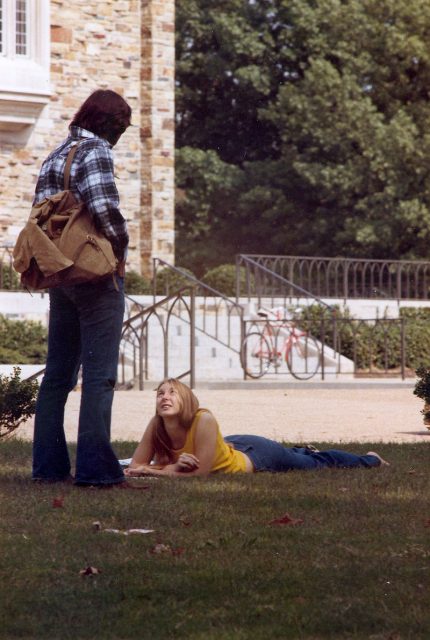 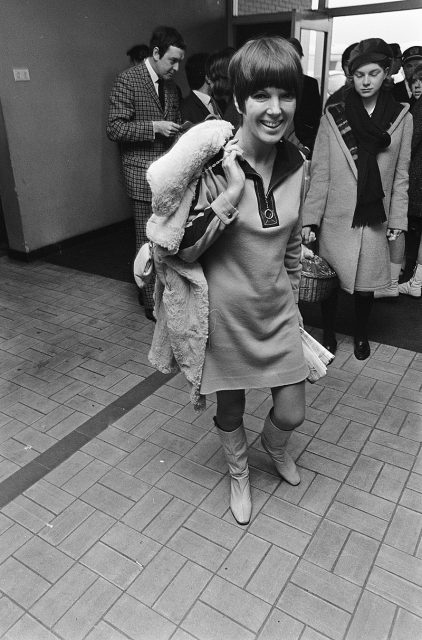 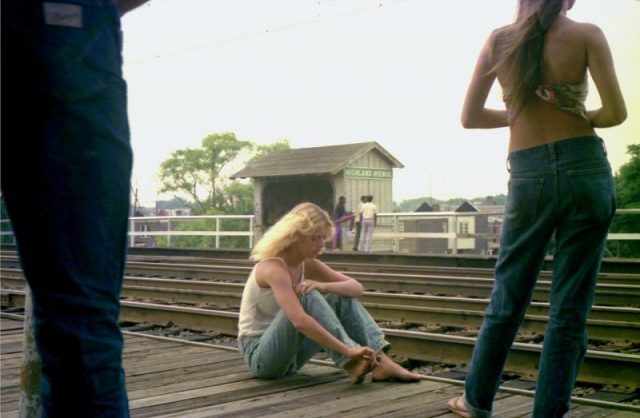 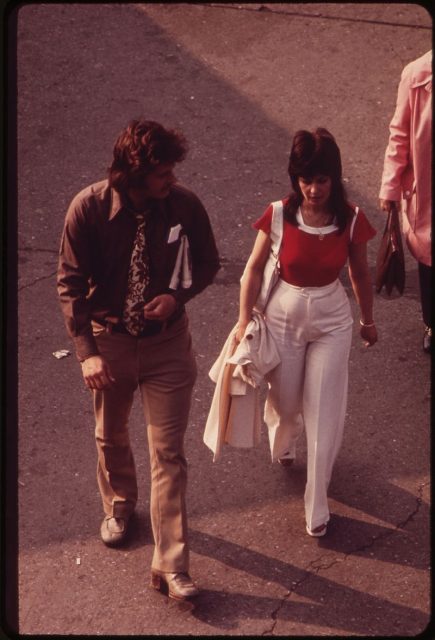 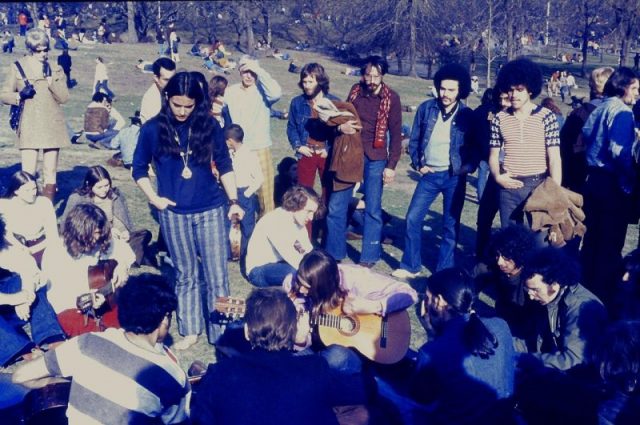 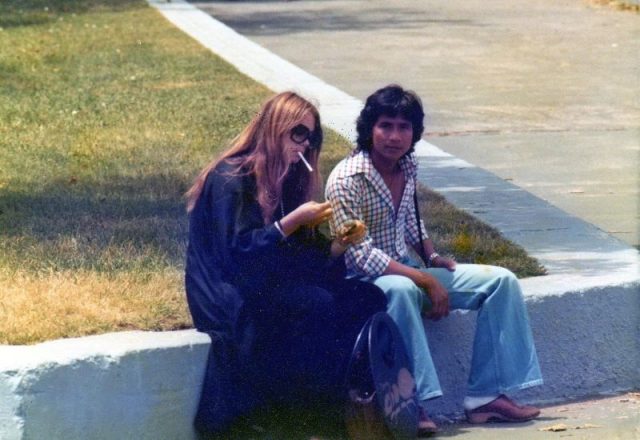 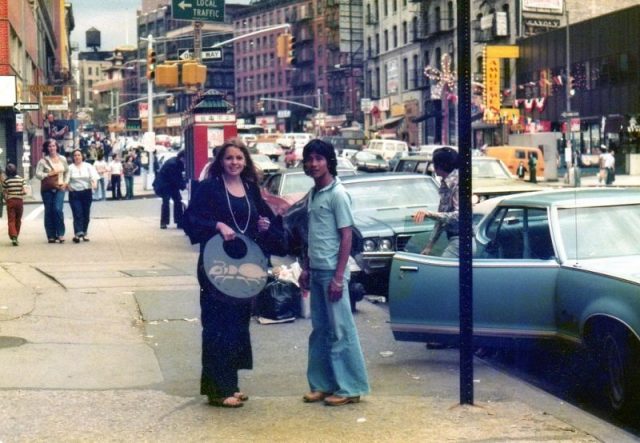 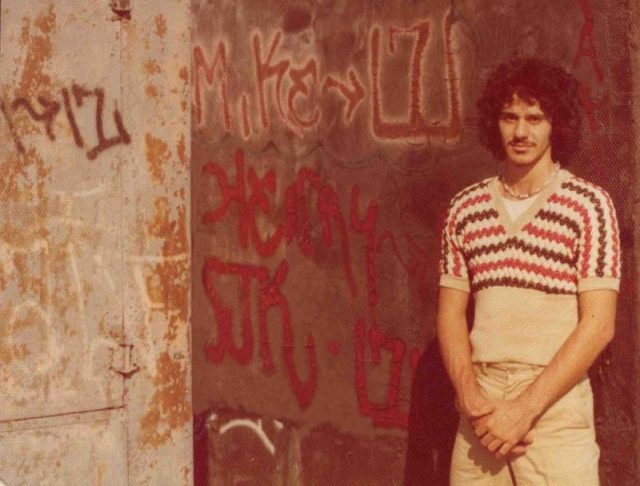 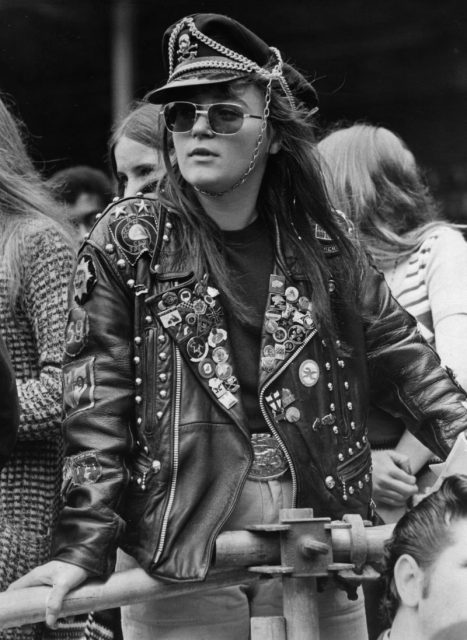 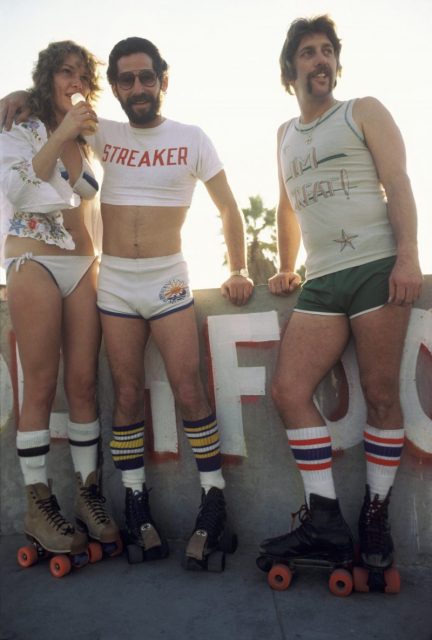 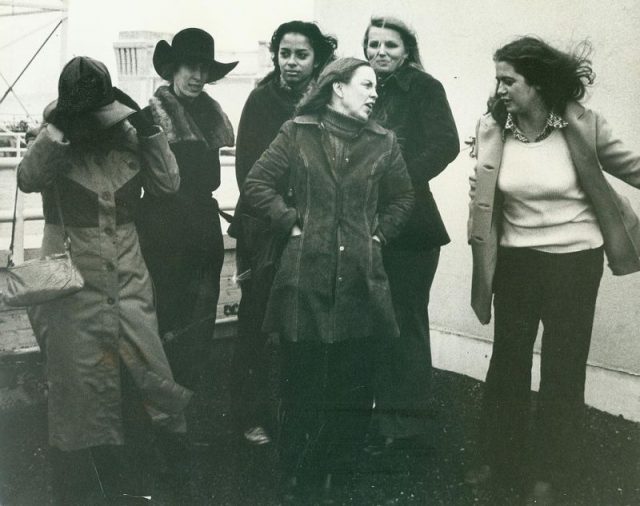 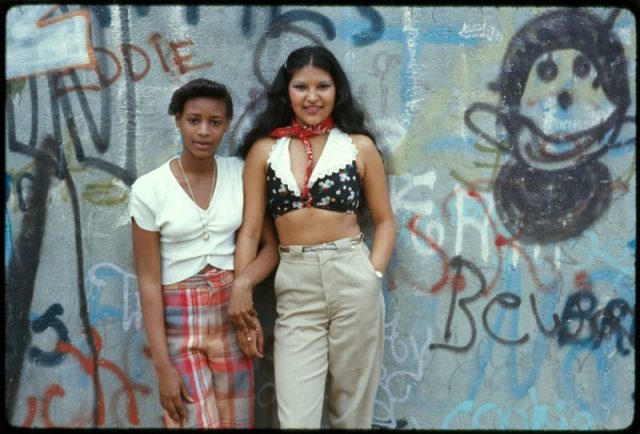 Two girls pose in front of a wall of graffiti in Lynch Park in Brooklyn, N.Y., in June 1974.

Apart from introducing a more libertine approach to sexuality, 1970s fashion was all about being tight on top and loose on the bottom, which gave way to the incredible fad of bell-bottom jeans, worn by men and women alike.

On the other hand, carefully chosen items and accessories belonging to the bygone era of the 1940s and the 1950s sparked interest among young people due to its vintage value.

Materials like denim, suede, and leather came to wide use, while fashion brands across America rushed to conform to the new fashion trends dictated by the youth. Soon stores were overwhelmed with such items, giving space to fresh designs and new people who soon became iconic figures of the industry.

Vivienne Westwood, Halston and Yves Saint-Laurent ― to name a few ― gave way to mass-produced and widely available fashion which flooded the streets during the wild seventies. In the mid-seventies the style became more casual, introducing a wide array of cardigans, sweaters, unisex scarves, sandals and loafers.

In order to experience the era more vividly, we offer you a selection of  photos, all illustrating the flamboyance and casual charm of 1970s fashion styles.