When 28-year-old Johan de Witt was first voted as the Dutch councilor pensionary in 1653, a position equivalent to being a prime minister at the time, his future looked bright. In fact, the man was thrice re-elected to the post, in 1658, 1663, and 1668 respectively.

De Witt led his people during the “Dutch golden age” when the country retained a status of being one of Europe’s greatest powers, and when wealth was pouring into Dutch harbors via lucrative trade routes worked by the Dutch East India Company in Asia.

As disastrous wars followed with England and France, the Netherlands went through its “annus horribilis” or the so-called Dutch rampjaar, in 1672. Someone had to pay the price for that and the fingers of blame were pointed to Johan de Witt and his sibling Cornelis de Witt who also held a position of power. Their end might easily remind you of a bleak episode of Black Mirror. 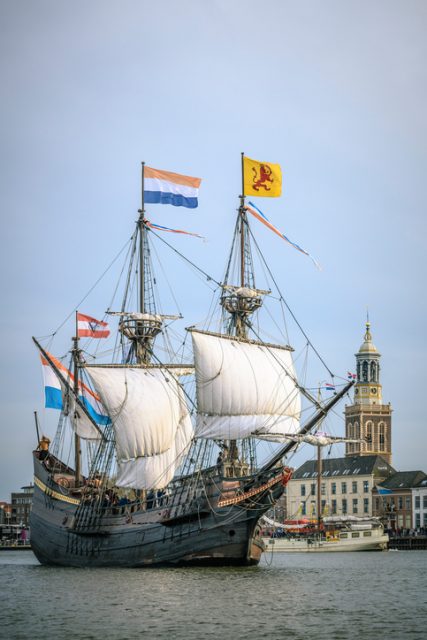 Old VOC sailing ship Halve Maen at the river Ijssel during the 2018 Sail Kampen event in the Hanseatic league city of Kampen in Overijssel, The Netherlands.

Johan de Witt, born 1625, came from a prominent family who already had substantial political influence in the Netherlands. De Witt’s father served as a mayor in the family’s home city, Dordrecht, which is also the oldest city in the country.

A notable family name combined with good education seemed a perfect formula for Johan de Witt to position himself as a leader. Having exceptional math skills he took over the country’s financial sector after coming to power. And with great diplomacy, Johan de Witt also calmed down the ongoing First Anglo-Dutch War (1652-1654) only a year into his first term. 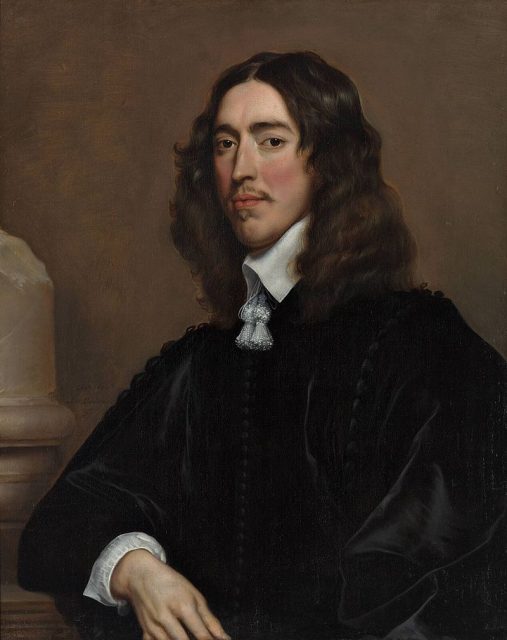 But as the annals of Dutch history tell us, there were two major opposing sides in the Dutch Republic at the time: the Republican merchant class as opposed to the Orange monarchists (the aristocratic dynasty also known as the House of Nassau). De Witt himself came from a family which was largely against the House of Orange, and he would work against them coming to power.

Nevertheless, tides in politics do change as quickly as the tides of the seas. Tensions would persist with the neighbors across the sea–the English, as the Dutch appeared to be their major maritime competitors. An inevitable escalation of this tension resulted with a second consecutive war in 1665, though at this point Johan de Witt defended its territories. 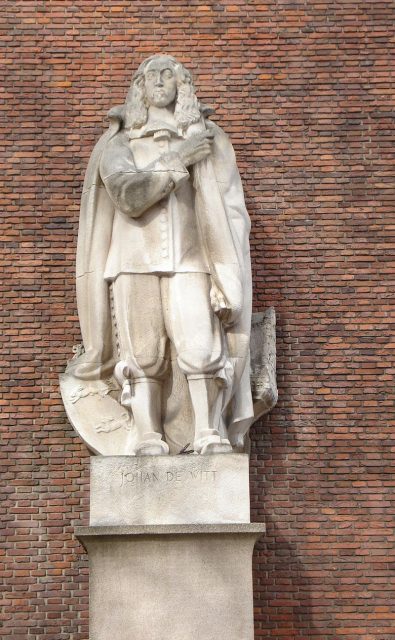 But seven years later, in 1672, things turned catastrophic. A third consecutive war broke out with England, coupled with a dreadful declaration of war that came from France’s Louis XIV, along with their allies Münster and Cologne. The Dutch now had to sustain attacks coming from all sides and chaos and panic escalated as French troops were quick to progress to the heart of the country.

This all came at the loss of Johan de Witt and his political approval. And while his bitter and brutal end was nearing, there came William III from the House of Orange, a sovereign Prince of Orange since birth, and his popularity grew ever more rapidly. 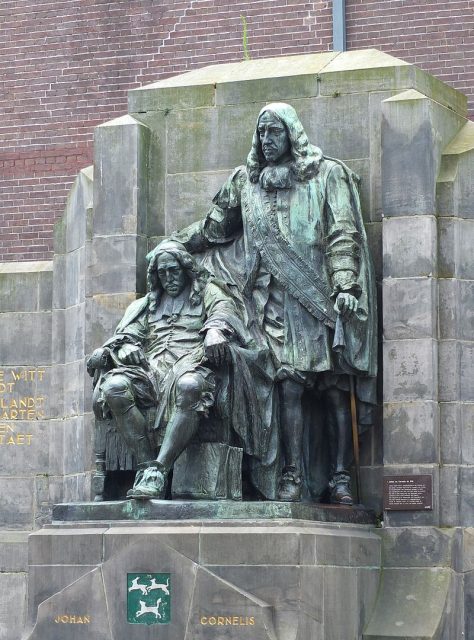 Johan De Witt along with his brother Cornelis, largely denounced, both went on to resign from their duties in the summer of 1672. Toxic rumors then spread that Cornelis had betrayed the Dutch and even that he plotted killing the Prince of Orange. Subsequently, he was imprisoned for treason. 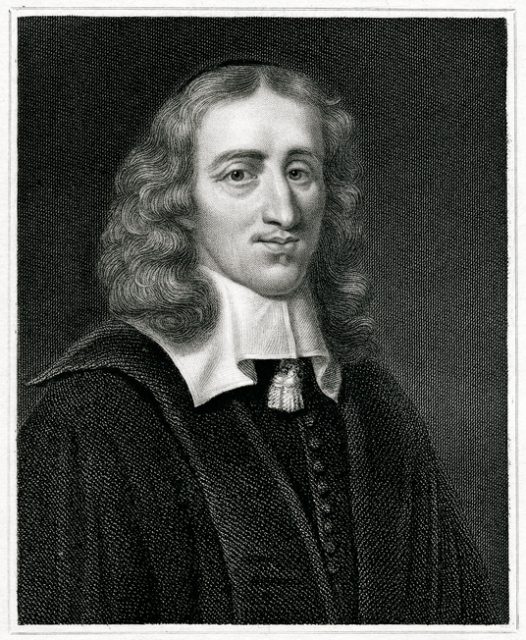 According to Frans Grijzenhout who tackles this episode of Dutch history in the Journal of Historians of Netherlandish Art, there were portraits and paintings of both de Witt that were being removed from public buildings and defaced, an act that can be interpreted as their “ritual killing” by opponents.

As such symbolic assassinations of the brothers were conducted throughout that entire summer, a real assassination now seemed only a step away. 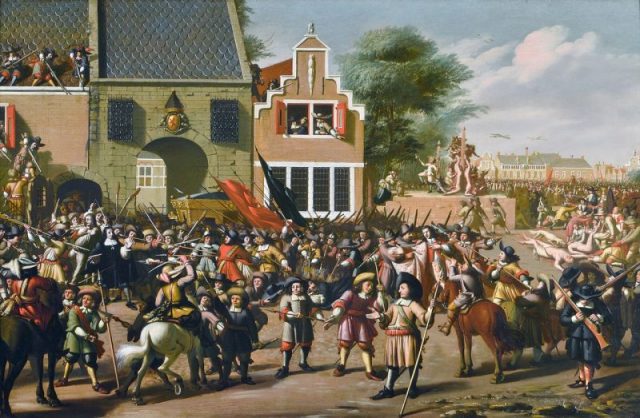 A painting depicting the phases of the murder of the De Witts.

On August 20, 1672, Johan de Witt went to see his jailed brother Cornelis at the Hague. A mob of people in the mood to lynch the two of them learned about this meeting and proceeded to pursue a gruesome undertaking. The angry mob gathered outside the prison, from where both Johan and Cornelis were dragged without mercy to the gallows. Their bodies were brutally mutilated then hanged.

Some accounts suggest that there were people in the mob who took body parts from the dismembered men and some that even ate whatever they grabbed. One person is said to have even feasted on an eyeball. 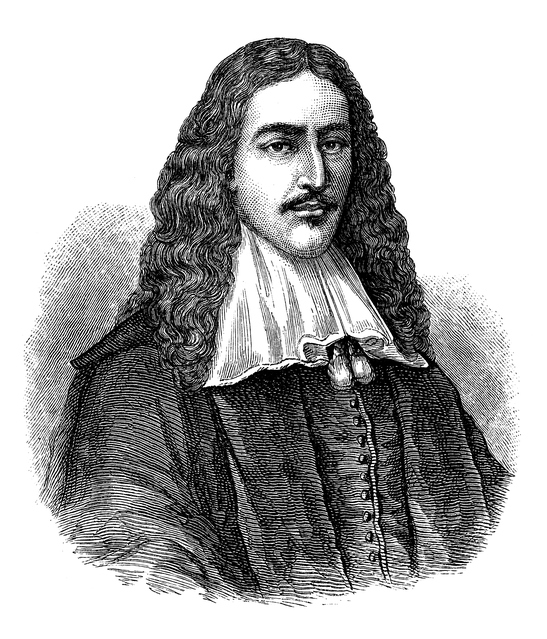 Perhaps some parts of the story how the de Witts met with their death are slightly exaggerated, however, their end was disgusting and should be no surprise if the mob really indulged themselves in the debauchery of the corpses. This used to be a normal occurrence at the gallows. 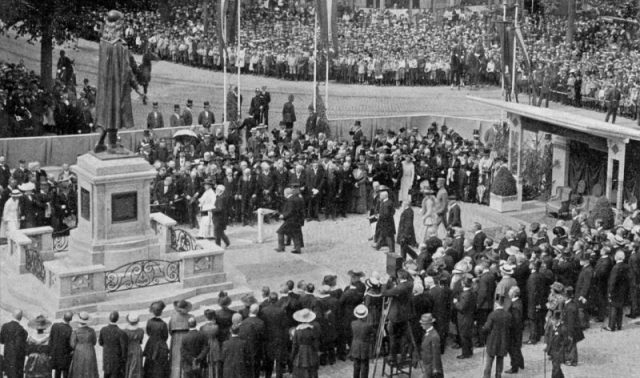 Queen Wilhelmina unveiling a statue of Johan de Witt on the Plaats in The Hague on 12 June 1918.

The abhorrent demise of the brothers has been reproduced in Dutch paintings times and times over. Perhaps the most popular one is a small canvas depicting their two mutilated bodies hanging, the artwork being attributed to Dutch portrait painter Jan de Baen. It can be seen in Amsterdam’s Rijksmuseum.

The Historical Museum in the Hague also accommodates some remains of the bodies of Johan and Cornelis, such as a tongue and finger bone. The relics are kept in a small glass coffin.

Read another story from us: Stranger than fiction – Wacky facts From History

Across the Netherlands today, the figure of Johan de Witt is further remembered with several statues erected during the 20th century. After all, de Witt was once considered a great leader, and despite receiving such a brutal death blow at the end, his figure is well remembered in Dutch society.