People find all sorts of strange things in their attics. Sometimes a family of raccoons manages to break in and set up their own little residence.

Sometimes collections of odds and ends, with no real purpose, stack up to the rafters. Most would not expect, however, to find an unwelcome person who has made the attic their home.

One woman in South Carolina was certainly not expecting to find out that her ex-boyfriend had been living in her attic despite the fact that they had broken up nearly 12 years prior. 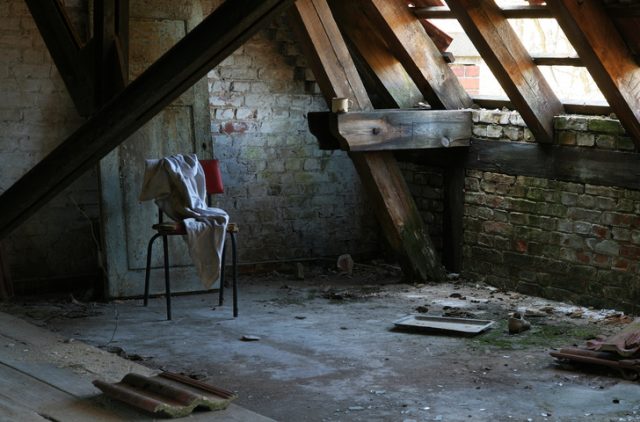 Mysterious chair and stained clothes in an abandoned attic

In 2012, a woman identified by the news simply a “Tracy” grew suspicious as she heard the sound of thumps and bumps in the night. These noises, coming from upstairs, led her to send her older sons to investigate the attic, where they found that nails had been pried loose in the floorboards. Inside of the heating unit rested a 44 year old man, who was quietly sleeping, surrounded by jackets that had been used to line the interior.

This man was none other than Tracy’s ex-boyfriend, a criminal who had been aggressive with her in the past. He had even stolen her truck at one point. This would lead her to break up with him. He would shortly thereafter end up in prison and would occasionally write letters to her from jail. But Tracy had no interest in a relationship with the man and made the point to him that they were over.

But he wouldn’t take the hint. Shortly after his release from prison, he somehow managed to sneak into her house and climb up into the attic, unbeknownst to her. Then he set about a most disturbing task: modifying the ceiling so that he would be able to look into Tracy’s bedroom, to watch her during the night. 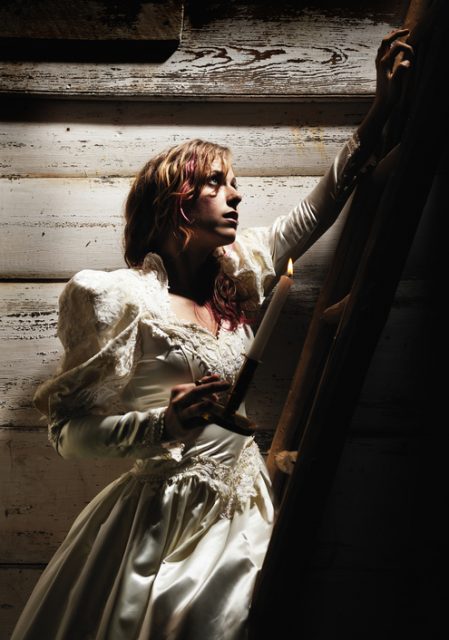 “Tracy” feared there was a poltergeist in her attic – the truth turned out to be even more creepy.

His plan, while disturbing and effective in the short term, eventually led her to catch on to the strange creaks and squeaks upstairs. Nails began to pop out of the ceiling, leaving her with a sense of dread. She would quickly realize that the source of this disturbance was coming from the attic and would send her boys to investigate.

Once he was found out by her eldest son and her nephew, the man was quick to flee the scene, leaving Tracy confused, afraid and disturbed by what she had seen. Their relationship had ended 12 years ago, why in the world did he decide to show up in her house? 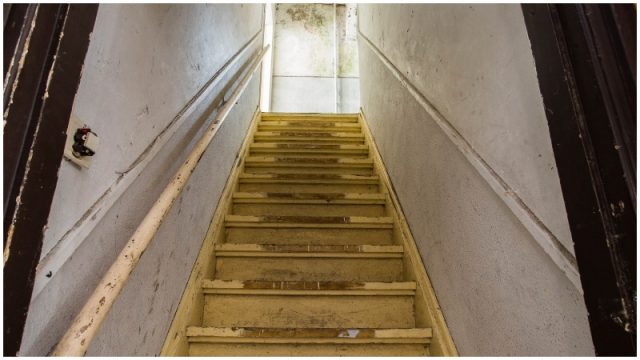 The only access to the attic is through a door from inside the home, in the hallway that connects her children’s bedrooms.

Police were quick to arrive on the scene and investigated the attic. They found plenty of evidence that he had been living in her attic, although for how long it is uncertain. There was only one possible point of entry for the individual, and that would be through the hallway connected to several of the bedrooms.

The search for the intruder proved to be fruitless and the police were unable to locate and capture the suspect. He was able to evade the authorities and left poor Tracy and her children in a deep sense of fear.

After all, if he had been able to sneak into her house before, it was very possible that he would do it again. At the same time, having been caught so quickly and with the risk of returning back to prison being on the table, it is most likely that the ex-boyfriend would ever return again.

As strange as it might seem, this isn’t the only case where individuals have secretly lived in a person’s home. In one such case, a Japanese man in Fukuoka began to suspect that someone was stealing his food, as his pantry supply was diminishing over time.

Read another story from us: “Halloween” reboots with a brand new sequel starring Jamie Lee Curtis

Setting up a camera system revealed that a woman had been living inside one of his cupboards, perhaps for over a year. These cases, while rare, aren’t unheard of. So, the lesson goes, if you hear rattling in the attic, it might not be a ghost, but rather a tenant who isn’t paying rent.