As Donald Pleasence put it so well, “Death has come to your little town, Sheriff.”

There is a dividing line in the genre of horror films. What the genre was like before the release of John Carpenter’s Halloween in 1978 … and what it was like afterward.

That movie, starring newcomer Jamie Lee Curtis as Laurie Strode, a babysitter being terrorized in her ordinarily peaceful small town by Michael Myers, an escaped mental patient wearing a mask, changed everything. 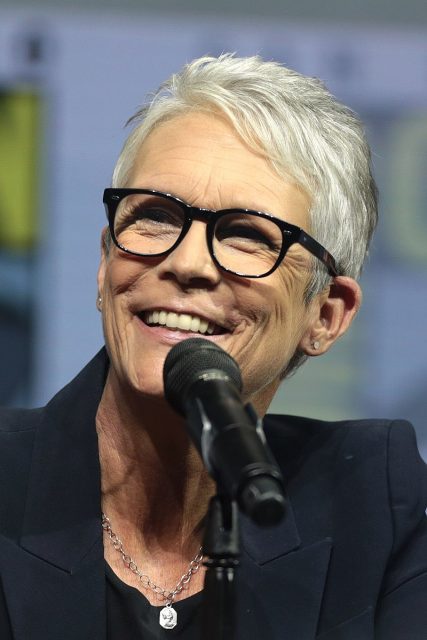 It was made in 20 days on a very small budget with one established actor, Donald Pleasence as the bizarre Dr. Loomis, and the rest unknowns.

The small town seems creepily deserted during the film because Carpenter couldn’t even afford extras. For the mask worn by deranged Michael Myers, the prop department used a $2 mask they found in the costume store: a 1966 Star Trek mask of William Shatner as James Kirk. Since they shot Halloween in the spring, “we created fall with three trashbags full of painted leaves,” said one crew member in a documentary. Pumpkins? Almost impossible to find. 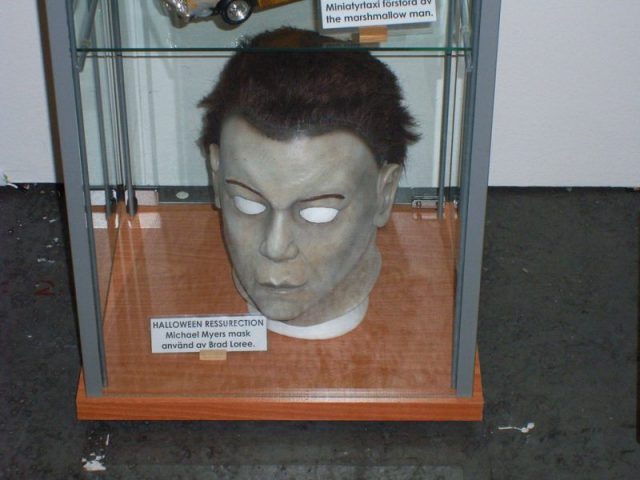 The original movie got such bad initial reviews that Carpenter was sure it was going to be a “complete bomb.” But instead it became a tremendous hit, earning a gross of $70 million worldwide, and spawning a long line of imitations. 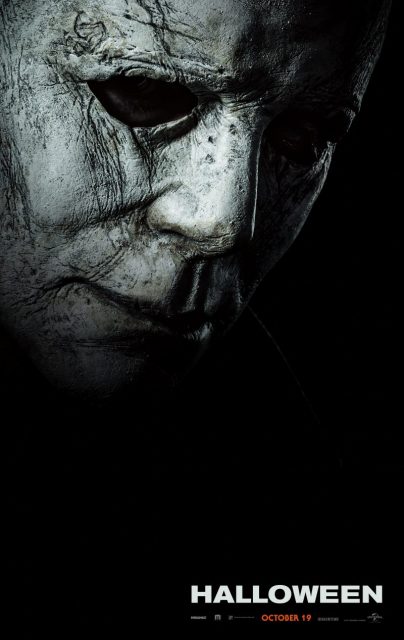 On October 19, 2018, a reboot of Halloween will open in theaters across America. Set 40 years after the original film, Laurie Strode will come face to face with Michael Myers yet again. Jamie Lee Curtis returns in the iconic role; John Carpenter is executive producer and composer on the new film. 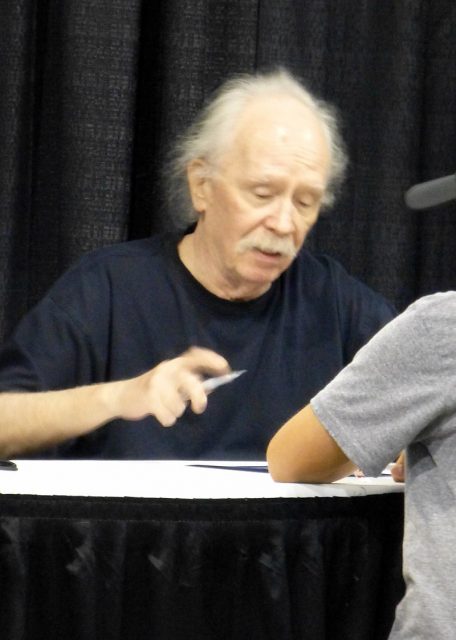 The reboot provided an opportunity for new director David Gordon Green to grapple with an old nightmare. “The first movie actually haunted me. I was forbidden from seeing it,” Green, 43, says of the original in an interview with USA Today.

He sneaked out to see it anyway, and ended up a terrified youngster. 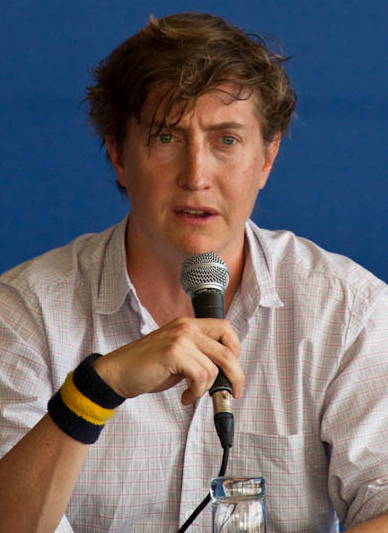 All these years later, Green was thrilled with the chance to direct the new Halloween. Seeing the 40-year-old version of Michael’s mask, “we all got goosebumps,” the director says. “We put it on our stuntman and everybody just got quiet. It was an unimaginable thrill to take his hand and walk him through this journey.”

Paving the way, the original film will be re-released theatrically on September 27. It is a restored and remastered digital print, created under the supervision of the original cinematographer, Dean Cundey. 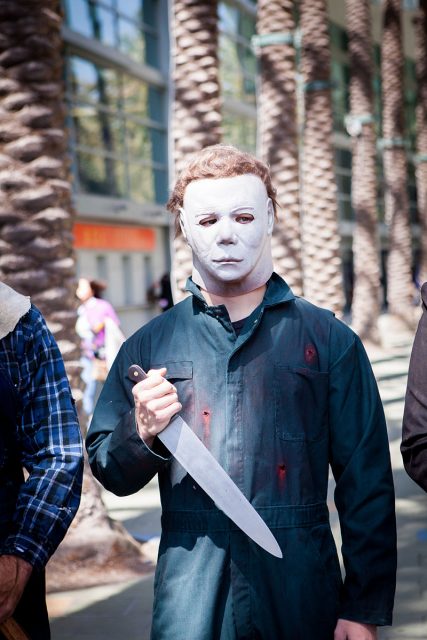 Cosplay of Michael Myers. Photo by Mooshuu CC By 2.0

“I’m thrilled to have the original make its way back into theaters as we prepare for the release of the sequel,” said Carpenter in an interview with Hollywood Reporter. “Having both back in theaters this fall is remarkable.”

Carpenter was 30 years old when he directed Halloween. He has said he was inspired by a disturbing experience he had in college while touring a psychiatric hospital and locking eyes with a child.

He approached Christopher Lee and Peter Cushing to play Dr. Loomis, but the pay was too low for them to consider. Donald Pleasence took a chance and completed all of his scenes in just five days of shooting. 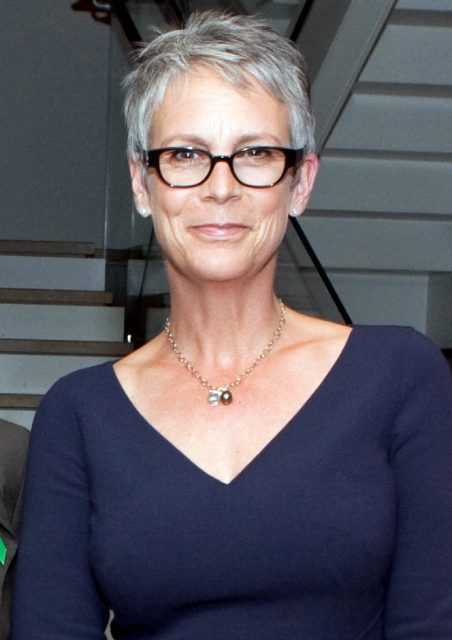 Carpenter’s casting of Jamie Lee Curtis was a conscious homage to her mother, Janet Leigh, and her part in Psycho.

Carpenter composed the unforgettable score of Halloween himself in three days, using his piano skills, inspired by the themes of The Exorcist and Suspiria.

Although the film is considered the first “slasher” and leaves many audiences in terror, very little blood is shown onscreen. It is a psychological ordeal, as Michael Myers gets closer to and closer to Jamie Lee Curtis, killing off her friends first. Some have criticized it as showing more sexually active teenagers as somehow “deserving to die” while the virginal Laurie Strode survives.

Read another story from us: Same actor to play Charles Manson in two different productions

Friday the 13th, Nightmare of Elm Street, and Scream are all considered the successors of the 1978 low budget monster hit, Halloween.