The Spooky Peruvian Mummies with Hair

Egypt is well-known for tombs holding the preserved remains of a number of its rulers, and examples of Egyptian mummies can be found around the world in various museums. But that’s not the only place where mummies have been uncovered.

There are burial sites around the world where the inhabitants have been preserved for thousands of years. Here are a few that are worth knowing about. 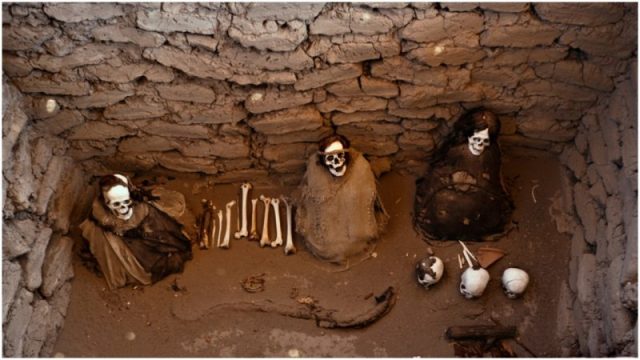 Chauchilla Cemetery in Peru contains pre-Hispanic (prior to Spanish conquests) remains, according to Peru Top 10. The cemetery was discovered in the 1920s, and was used for 600-700 years, ending in the 9th century. 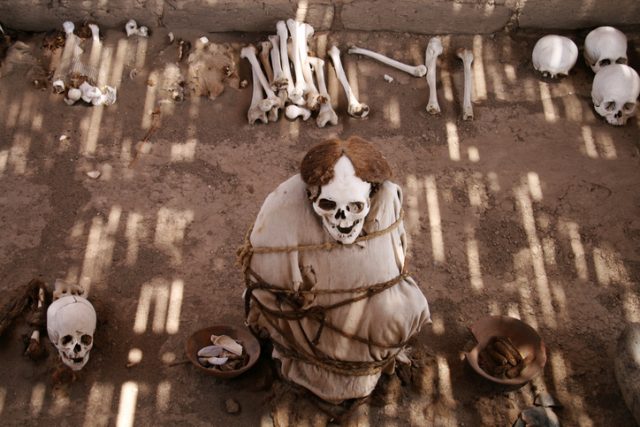 Mummy and human bones at Chauchilla ancient cemetery in Peru.

The cemetery’s inhabitants are very well-preserved, both because of the very dry air in the Peruvian desert and the burial methods used at the time, which archaeologists believe involved hanging the bodies from posts at the nearby site of Estaqueria to begin the drying process, painting them with a resin that kept out bacteria, and placing them in specially built mud-brick tombs. 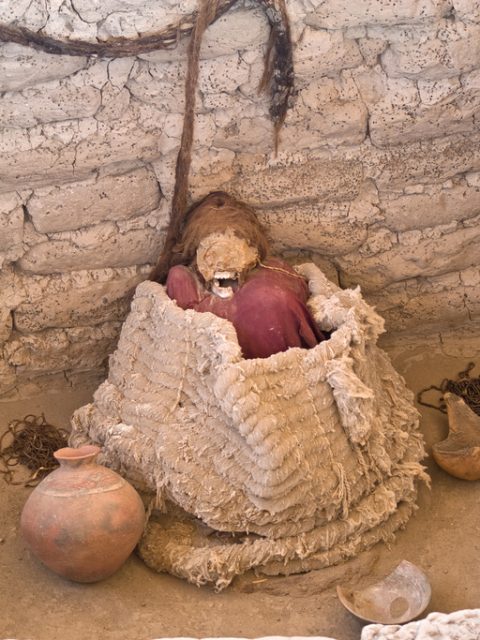 Chauchilla ancient cemetery in the desert of Nazca, Peru.

The level of preservation is such that the mummies still have hair and some soft tissue after more than 1,000 years. The cemetery had been plundered by robbers for years, but has been protected by the Peruvian government since 1997, and is now a tourist spot. 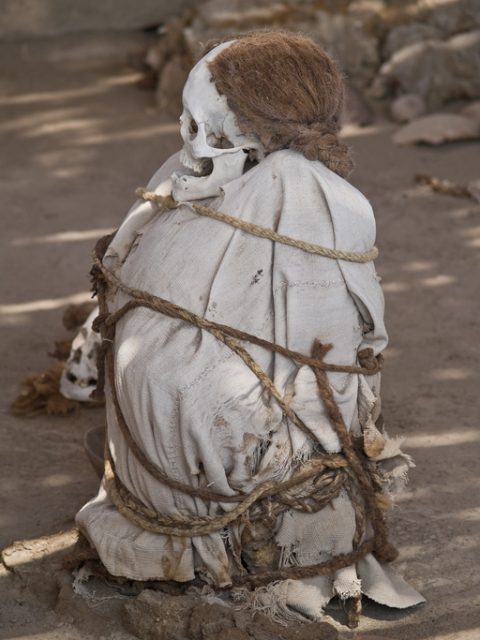 Chauchilla ancient cemetery in the desert of Nazca, Peru.

The Capuchin Catacombs in Palermo, Italy, were built to be a simple burial place for the monks of the monastery, according to Palermo Catacombs. The Capuchin monks were established in Palermo in 1534 at the Church of Santa Maria della Pace. They created a cemetery for the friars to be buried by digging a mass grave that opened like a tank underneath the altar of St. Anne. 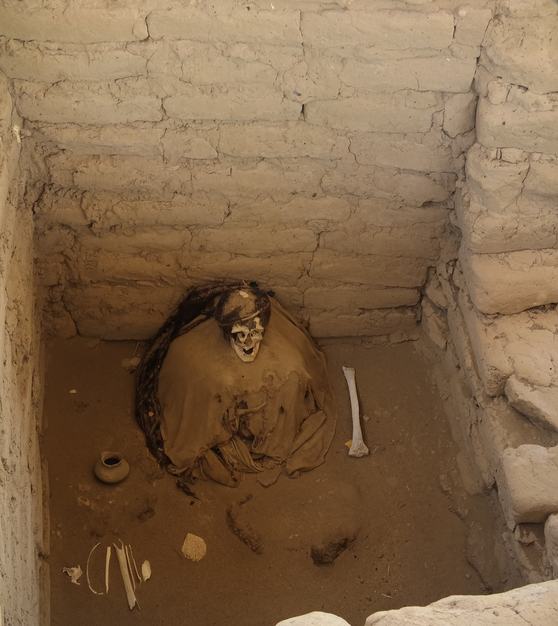 By 1597, space had become an issue, and the friars were forced to expand their cemetery behind the main altar, using natural caves. When the new spot was ready, the friars decided to move those who had already been interred in the old site to the new catacomb. 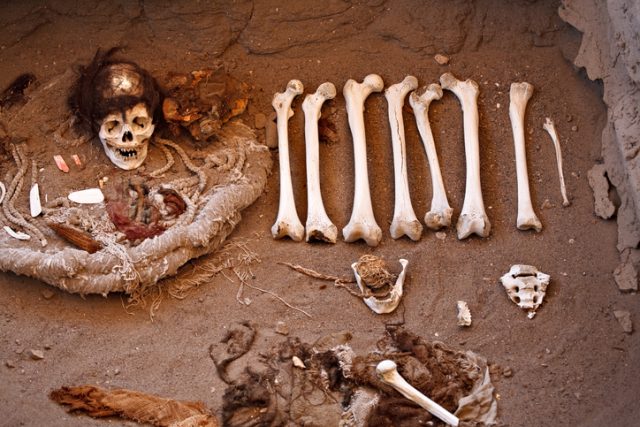 An excavated grave of the old Nazca people, Southwest Peru, including a skull, with hair, and femurs of several people, as well as some other bones. These bodies are estimated to be 1,500 years old but are remarkably well preserved by the arid climate here.

When they exhumed the corpses to move them, they discovered that 45 friars had been naturally mummified and were very well-preserved. The monks thought it was a miracle granted by God and treated the mummies as holy relics, displaying them in the first corridor of their new catacomb. 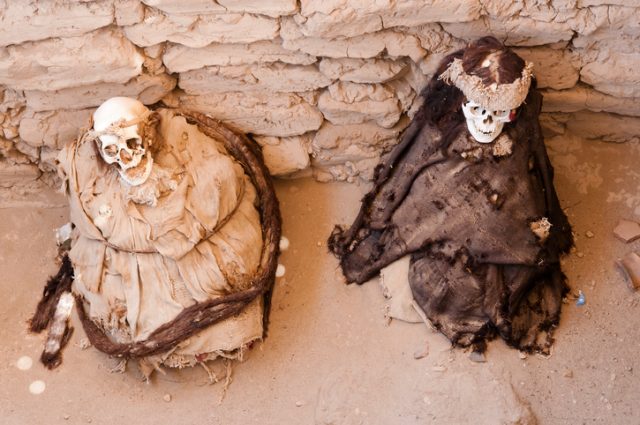 The monks learned their own techniques to maximize preservation, and, over the years, increasingly began to let citizens who were not part of the monastery also inter their deceased loved ones in the catacombs. The cemetery stopped receiving new bodies in 1880, although there were two exceptions in the 20th century. 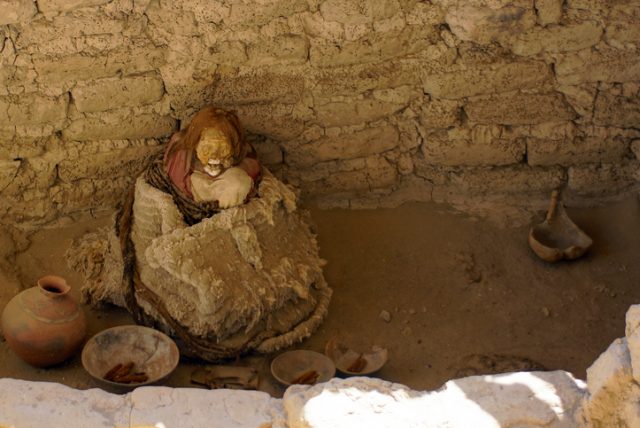 One, in 1911, was Giovanni Paterniti, who was the Vice-Consul to the United States. The other, in 1920, was 2-year-old Rosalia Lombardo. There is some question as to exactly who Rosalia Lombardo’s father was, perhaps a general in the Italian army; however, Rosalia herself is known, among other titles, as the “world’s most beautiful mummy.” 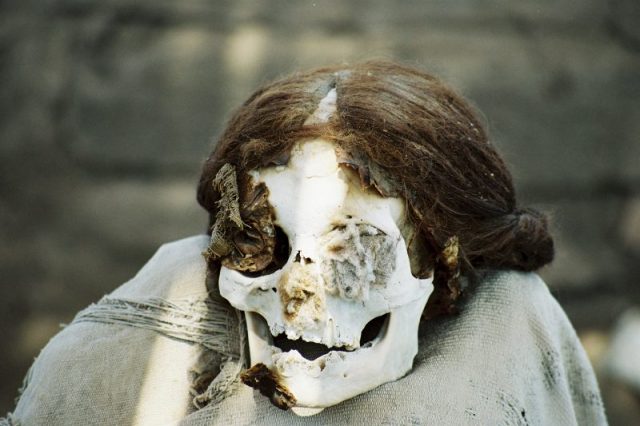 Bog bodies are also periodically found in the peat bogs of Northwestern Europe, especially in England, Ireland, the Netherlands, northern Germany, and Denmark, according to Archaeology. Over the centuries hundreds of men, women, and children have been unearthed, usually during peat-cutting activities. 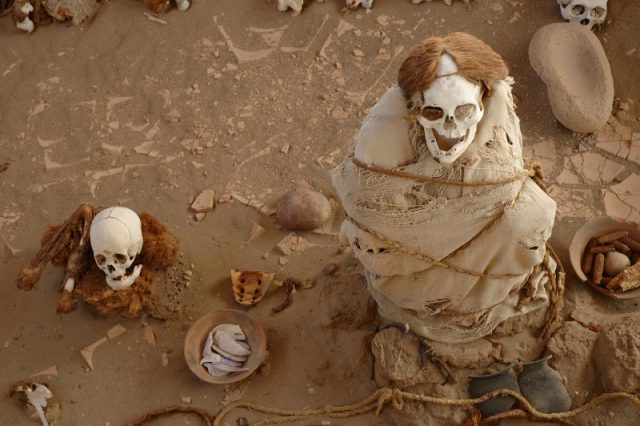 The bodies vary in quality of preservation, and some date as far back as 8000 B.C., or from as recently as the early medieval period. According to a discussion of Celtic Studies resources, peat bogs are bogs full of sphagnum moss. 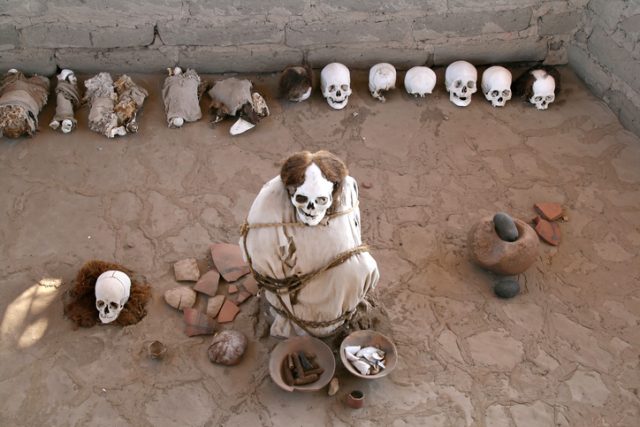 Nazca, Peru – July 24, 2011: The ancient mummies in the open cemetery in Chauchilla, Peru. The ancient cemetery was built in about 200 AD.

As old moss dies, and new moss grows, the old growth turns into peat. The bog water interacts chemically with the peat, and produces tannins and other compounds that preserve the bodies in the low-oxygen environment of the bogs. Bog bodies look substantially different from other sorts of mummies, because they haven’t been dried. 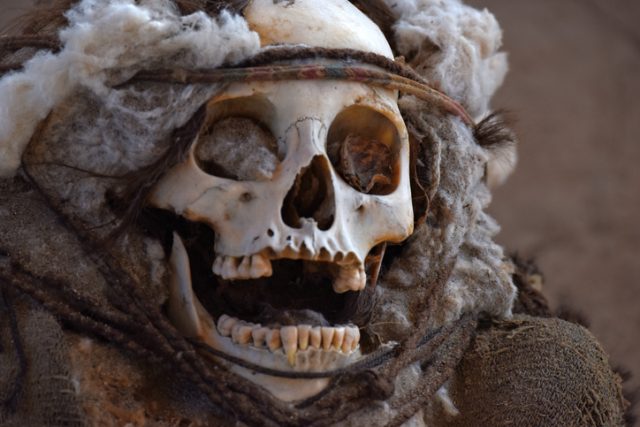 Examples have been found where the bodies still have not only hair, but whiskers, fingerprints, and wrinkles. Many such bodies apparently died violent deaths, and many scholars believe they were offered as sacrifices to the gods. 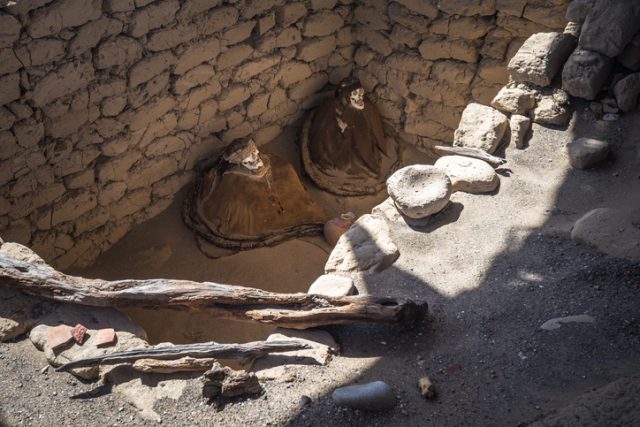 You can’t really talk about mummies without mentioning Egypt, at least briefly. Egyptians didn’t just mummify their rulers. The Huffington Post reported on the discovery in 2015 of an ancient tomb south of Cairo that held an estimated 8 million mummified dogs, covering a period of at least 2,000 years.

The animals are thought to have been left as offerings for the gods or for dead loved ones. Researchers from Cardiff University in Wales found remains in the catacombs of a temple to Anubis, the jackal-headed god of mummification and the afterlife, at Segarra. The tomb was likely built in the 4th century B.C., and was first discovered in the 18th century.

Read another story from us: One of the creepiest cemeteries in London, the Highgate Cemetery

Death and the afterlife have always held mystery and fascination for humankind, and we see that played out in how various cultures around the world have dealt with their deceased: the desire to preserve the loved or the powerful is clearly widespread.