In Crook County, Wyoming, 5,000 feet above sea level, the Devils Tower dominates the plains. It looks and sounds like a Las Vegas hotel. This natural formation is far from it, however. The Devils Tower is a United States National Monument and a site to behold.

Here’s the truth behind the tall tales surrounding the tall Tower: 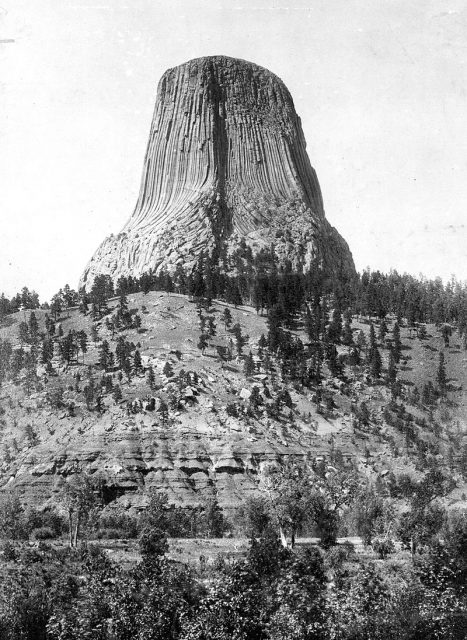 In 1906, President Roosevelt signed the Antiquities Act. It was “the first law to establish that archeological sites on public lands are important public resources” according to the National Parks Service (NPS). Roosevelt himself was an avid outdoorsman and appreciator of nature and wanted to use his influence to preserve the beautiful country he called home. 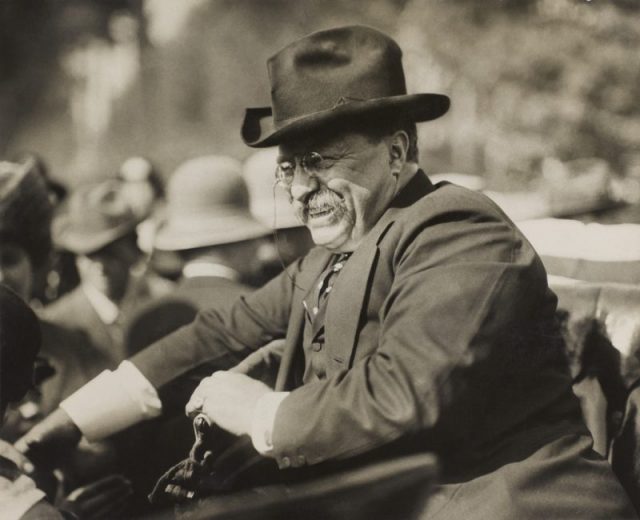 Contrary to popular belief, the Grand Canyon was not the first natural wonder preserved through the Antiquities Act. The Devils Tower’s monument status was officially declared on September 24th, making it the first National Monument. It was a typo (because some things never change) that gave the monument the official name “Devils Tower” — without the apostrophe.

The NPS Tries to Preserve This Sacred Native American Site 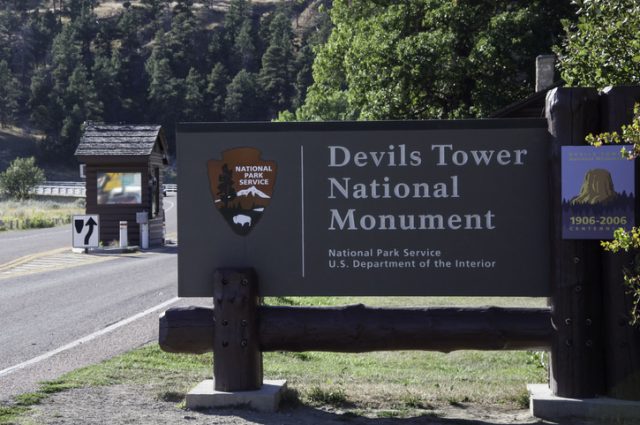 Though he officially ordained it a National Monument, Teddy Roosevelt wasn’t the first to revere the Tower. It has always been a sacred place to many Native tribes in the Northern Plains, including the Lakota, Shoshone, Crow, Cheyenne, Kiowa, Sioux, and Arapahoe.

These tribes all used this sacred site for various cultural and religious ceremonies and rituals. To this day, some leave prayer cloths and bundles tied to trees throughout the surrounding parklands.

The NPS warns visitors not to touch or photograph these artifacts, urging them to respect the sacred grounds. In fact, in June (when the majority of these ceremonies take place) the NPS supports a decrease in tourism, encouraging climbers not to come to the park that month so that the tribes can observe their practices in peace.

“Devils Tower” Is a Controversial Name 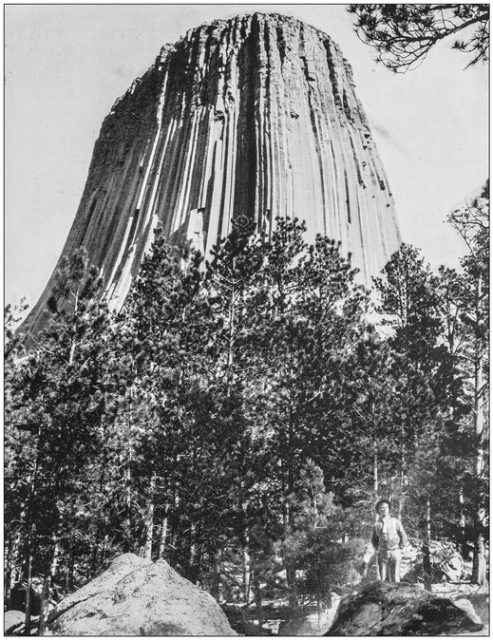 Despite the variety in acceptable names for the Tower, “Devils Tower” is not one. When the Tower was first explored by Colonel Richard Irving Dodge, a white geologist from North Carolina, it is believed that he incorrectly translated the Lakota wahanksica, mistaking it with wakansica — the former meaning “bear,” and the latter meaning “bad god” or “evil spirit.” 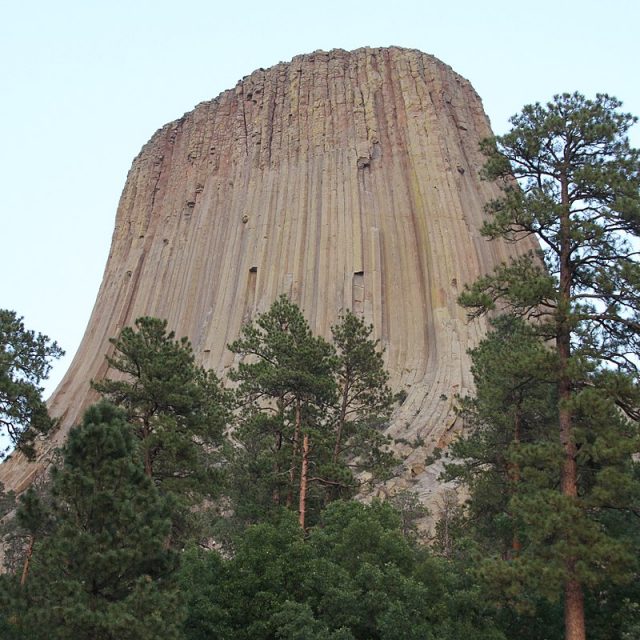 Hence: Devils Tower. Some of the acceptable names in Native languages include “Grizzly Bear’s Lodge”, “Ghost Mountain” (Lakota), Mateo Tepee or “Bear Wigwam” (Sioux), and the more obvious “Tree Rock” (Kiowa). In 2015, about 20 tribes lead by the Oglala Lakotas petitioned the U.S. Board on Geographic Names to legally rechristen the monument “Bear Lodge”.

Unfortunately, they have yet to succeed. Devils Tower remains the official, governmentally recognized name.

There Are No Secret Lairs Hidden Inside 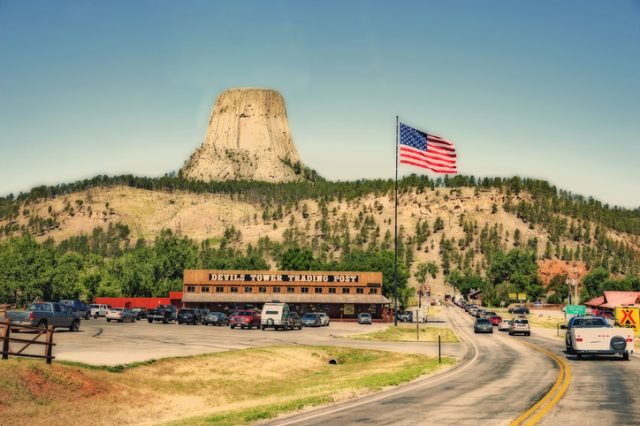 Though the Tower is an undoubtably impressive feature, it’s not actually much more than a pile of rock. Despite some speculation, Devils Tower is not a volcano, nor is it hollow. Even though it seems an ideal Bond villain location, it’s only a butte: a solitary hill with characteristically sharp, tall sides and a flat top. 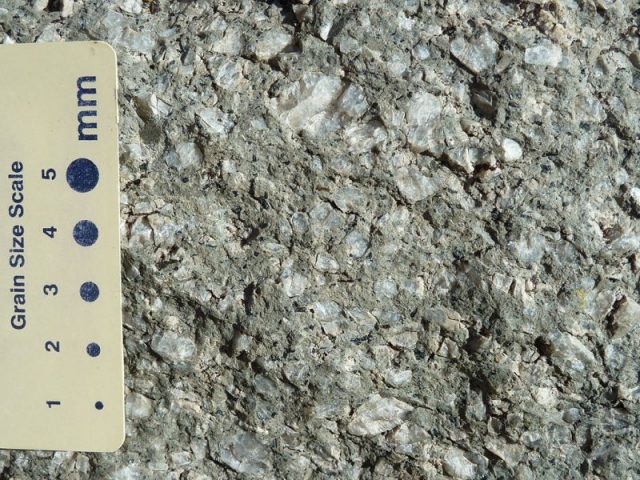 Porphyritic phonolite, the rock type of which Devils Tower is made. Photo by Paul Morris (Paul J. Morris on Flickr) CC BY-SA 2.0

This butte in particular was formed by an igneous intrusion, meaning that molten rock formed way underground within Earth’s crust and was pushed up through the upper layers.
It shed an original, outer sedimentary rock shell to expose the present day Tower. The formation dates back to 50 million years ago, having been exposed between 5 and 10 million years ago.

Related Video: 6 World Famous Landmarks Hiding Something From the Public

You’re Allowed to Climb to the Top – If You Can 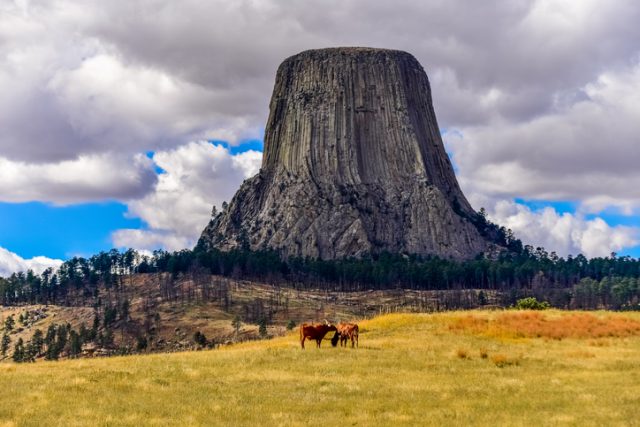 A question on most people’s minds upon seeing the Tower is surely, “Can I climb it?” Because of the Tower’s formation, with tons of vertical cracks running up and down the rock, it’s an ideal location for free climbing.

The NPS supports this recreational support, happily reporting that climbing has minimal lasting effects on the monument and climbers are typically respectful of the environment. 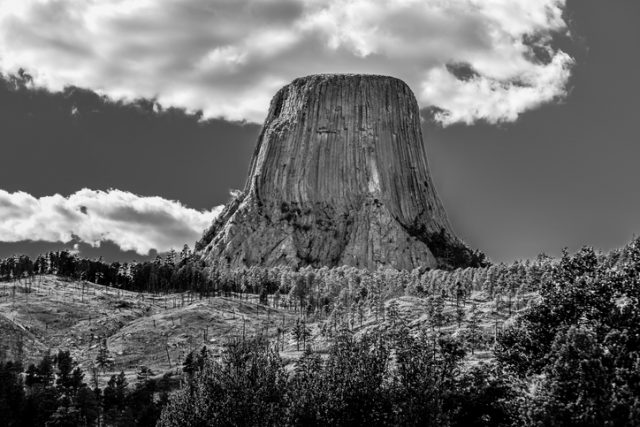 A black and white depiction of devils tower

The Devils Tower National Monument developed a Climbing Management Plan for the help and guidance of aspiring climbers, a necessary tool for the 5,000 to 6,000 climbers that visit the Tower every year.

If you find yourself in the area, you can visit Devils Tower, nestled among the curves of the Belle Fourche River. You don’t have to be a skilled climber, though. The park offers a variety of hiking trails that lead you around the one mile circumference of the Tower.

Read another story from us: Entire Abandoned Spanish Villages Are Being Sold Cheap to Raise Money

You can keep an eye out for a plethora of local wildlife, but some say the best visit is after dark, when stargazers are graced with an other-worldly view.