The HMS Terror is one of the most famous doomed voyages of all time. The 19th century was a time of innovation, exploration, and expansion.   Adventurers were making haste to discover those parts of the world that were still largely uncharted.  One of those adventurers was John Franklin, who took two ships and sailed off in search of a route across the Northwest Passage in 1845.

The following year, the two ships, the HMS Erebus and the HMS Terror, ran into trouble in Canadian waters when they were surrounded by ice and completely stranded, causing the 129 crew members aboard the ships to abandon them and make for land.  Sadly, the entire crew perished one by one as they tried to walk across the Arctic, according to CNN. 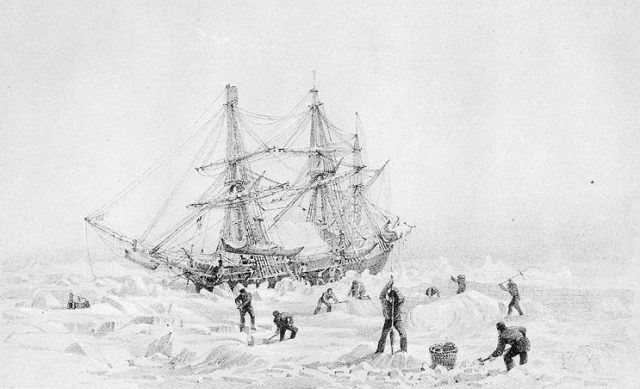 HMS Terror thrown up by the ice. Engraving by George Back

Now, scientists from Canada have been examining the Terror and released new images of the ship taken where it lies in the icy waters of Terror Bay in Nunavut, Canada.  Between the deep, cold water and a layer of silt, the wreckage remains remarkably well-preserved, despite having been under water for 175 years.  A study being conducted by Parks Canada and Inuit researchers has found artifacts including maps, scientific instruments and logs in the sunken vessel. 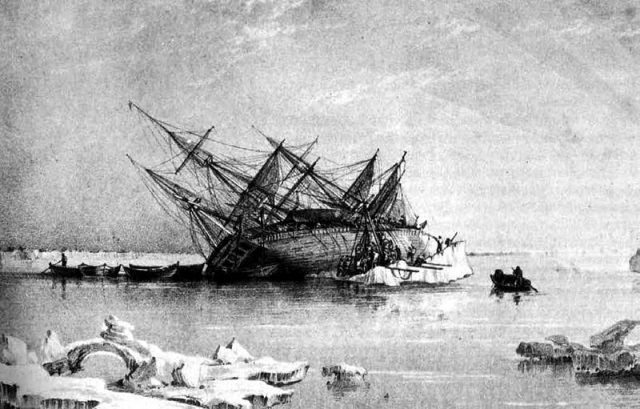 The researchers used a remotely operated vehicle (ROV) to go under the water and take photos and video footage of the wreckage.  The ROV was used to explore more than 20 different compartments and cabins on the ship, making the study one of the most extensive underwater archaeological explorations ever done. 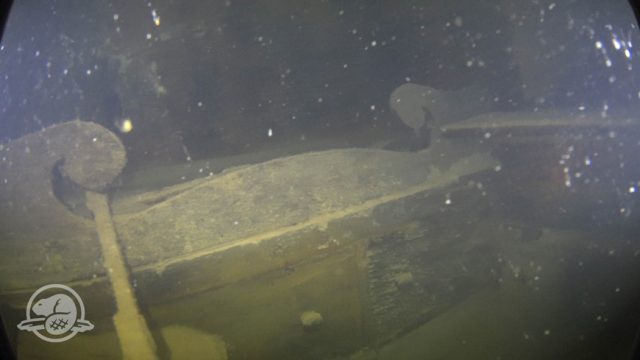 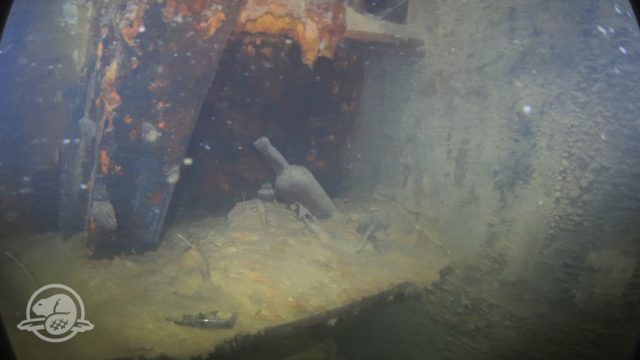 Bottles and other artefacts on a shelf in a cabin on Terror’s lower deck.
© Parks Canada, Underwater Archaeology Team

Ryan Harris, the man who piloted the ROV said that it looked like they were looking at a place that had been frozen in time, only just vacated by the men who had crewed it.  They were able to use the ROV to systematically map about 90% of the ship’s lower deck, and area that included the crew’s living quarters and the captain’s cabin. 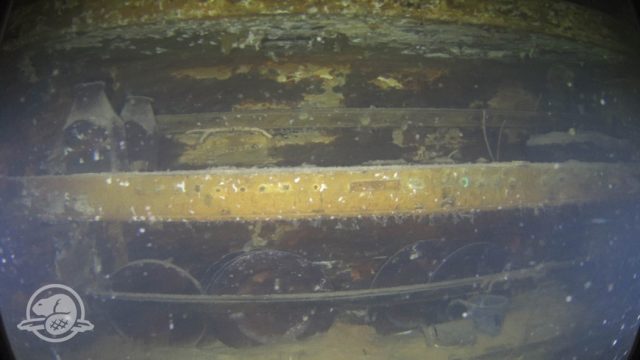 Plates, bottles and other artefacts on shelves next to a mess table where a group of lower ranking crew members would have taken their meals.
© Parks Canada, Underwater Archaeology Team

The captain’s cabin was one of the largest depositories of artifacts that they found, and was also one of the areas in the best state of preservation.  Among the items found were a tripod, a pair of thermometers, and closed map cabinets.  The captain’s sleeping area was behind a closed door, separated from the rest of the cabin, and represented the only area on that level the ROV couldn’t enter. 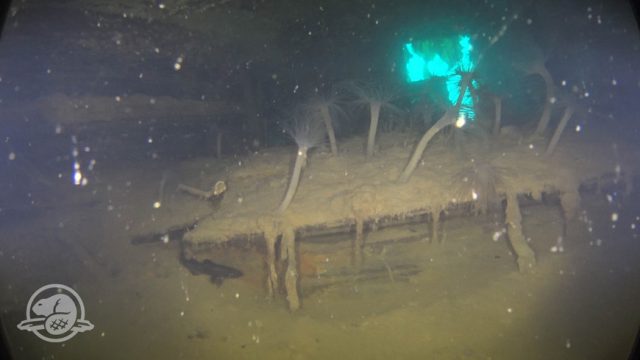 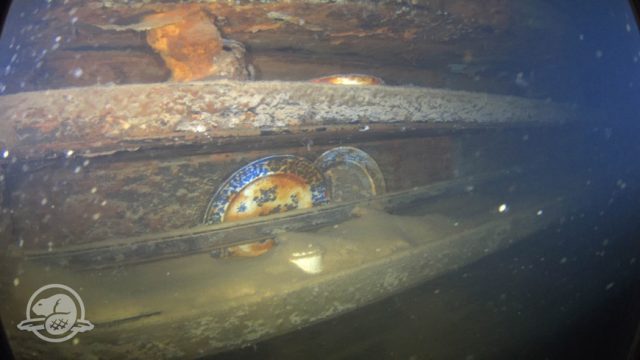 Plates and other artefacts on shelves next to a mess table where a group of lower ranking crew members would have taken their meals.
© Parks Canada, Underwater Archaeology Team

Scientists have high hopes for the state of any written documents found in the wreckage, since there is no natural light and the temperature of the water is very near the freezing mark.  Those factors, combined with sedimentation, help preserve organic material like paper, since it prevents oxygen from getting to the material and degrading it.

Even without the additional information the new finds may offer, according to Ars Technica, researchers have already managed to put together a creditable timeline for what happened to Franklin’s expedition.  The two ships left in mid-May, 1845, and was last spotted in July, in Baffin Bay.  The crew spent the winter that spanned 1845-46 on Beechey Island, as evidenced by the graves of three of the crew members.  When the conditions improved, the set sailed again down the Victoria Strait before becoming trapped by the ice in September 1846 near King William Island.

John Franklin is said to have succumbed on June 11, 1847, according to a note from the following April.  The general consensus is that the rest of the crew either perished while they were camped through the winter or during their attempt to walk back to civilization.

Historians have done studies on the remains of many of the crew, which revealed that tuberculosis, pneumonia and a high zinc deficiency were responsible for many ends, and a combination of starvation and hypothermia accounted for the rest.  There was even some evidence that in their fight for survival some may have resorted to consuming each other.

No other explorer successfully sailed the Northwest Passage until it was done by Roald Amundsen in the early years of the 20th century.

All the same, the group who have been exploring the HMS Terror are hoping that they will be able to learn more details about exactly what happened to the ships and also have the opportunity to find out more about what it was like to be out to sea in the name of exploration.