This log is many centuries years old. But it’s a log with a difference. The Lloyds Bank Coprolite has had an interesting journey through time, even if its origins are far from palatable.

Put simply, this is a fossilized human turd. Not only that, but the largest and – bizarrely – most valuable on record. It dates back to approximately the 9th century and the person responsible is believed to be a Viking. It currently rests at the Jórvík Viking Centre in the city of York, England.

Jórvík was the Viking name for York, with the Center part of an area that has yielded numerous treasures. Whether the Coprolite can be described as treasure is a question for the ages. That said, the details are fascinating. 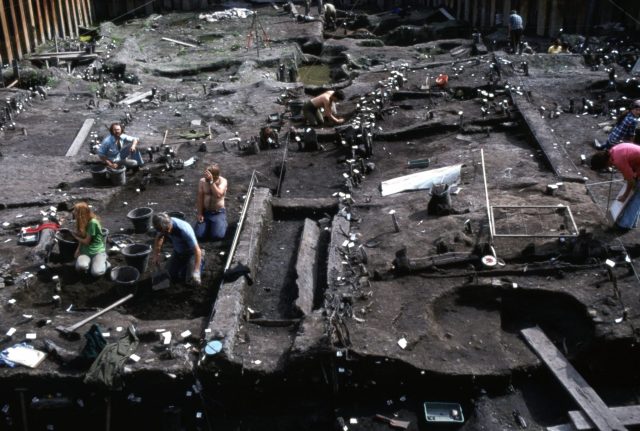 The reason it’s named after Lloyds Bank isn’t some weird corporate branding exercise. The hefty deposit, measuring 8″ x 2″ (20 cm by 5 cm), was found beneath the site of the famous bank in 1972. And here’s a fun fact for the day – “Coprolite” means fossilized human feces! Paleofeces is also a term used to describe ancient human droppings found as part of archaeological expeditions.

This is one mighty archaeological achievement. The Australian Academy of Science observed in 2017, “Human coprolites are very rare, and tend to only be preserved in either very dry or frozen environments, however samples have been found that date back to the Late Paleolithic—around 22,000 years ago.” 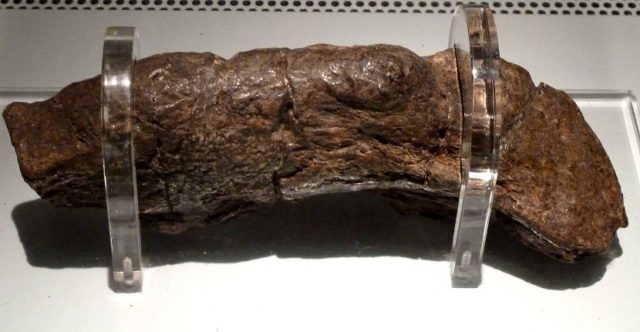 The Lloyds Bank coprolite: fossilized human feces dug up from a Viking site in York, England. It contains large amounts of meat, pollen grains, cereal bran, and many eggs of whipworm and maw-worm (intestinal parasites). It is on display at the Jorvik Centre in York. Photo by Linda Spashett CC by 2.5

For a complete specimen to last this long is awe-inspiring, if not exactly need-to-know information. How do they know it came from a Viking? The ingredients that went into the epic production provide some clues.

“He was not a great vegetable eater,” wrote the Guardian in 2003, “instead living on large amounts of meat and grains such as bran, despite fruit stones, nutshells and other stools containing matter from vegetables such as leeks being found on the same site.” 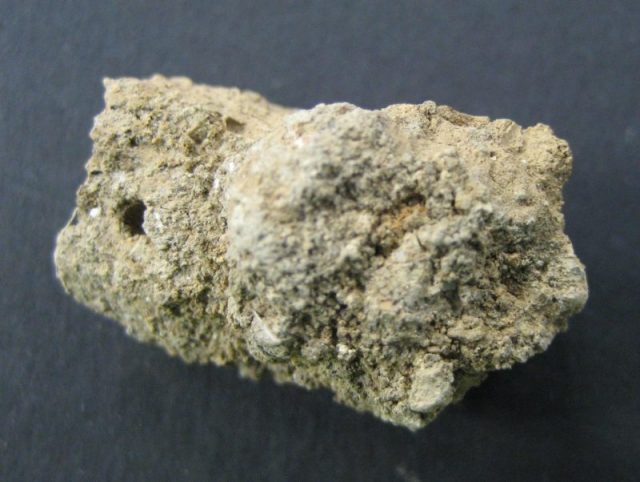 That all sounds normal enough, however the Viking’s bowels were also packed with creepy crawlies. In 2016, the website Spangenhelm referred to “the presence of several hundred parasitic eggs (whipworm)”, which “suggests he or she was riddled with intestinal parasite worms (maw-worm).”

These unwanted invaders can cause serious health problems. The BBC describes conditions such as “stomach aches, diarrhea and inflammation of the bowel.” Get enough worms and things get worse, as “symptoms may simulate those of gastric and duodenal ulcers.”

Parasites aren’t known for standing still either. Adults “can migrate from the intestine and enter other organs where they can cause serious damage, even moving into such places as the ear and the nose of unfortunate suffers.”

On a more agreeable note, the malodorous museum piece has been valued at an extraordinary $39,000. No less a publication than the Wall Street Journal reported on the coprolite in 1991, with one source claiming it was “as valuable as the Crown Jewels”.

British TV company Channel 4 delved deeper into the desiccated dropping in 2003, giving viewers an insight into what an ancient turd can reveal about the past. According to them, “if we ever succeed in extracting and analyzing DNA from the excrement, it could be possible to determine the kind of flora that this Viking had in his intestines.”

Those thinking that the excrement-based exhibit might lead a boring existence are wrong. In fact it’s faced potential disaster. 2003 is a significant year for the Lloyd’s Bank Coprolite, as it had a brush with destruction courtesy of an unsuspecting educator.

A Guardian report from the time writes that “all was well until two weeks ago when its display stand collapsed in the hands of an unfortunate teacher and, crashing to the floor, the rock-like lump broke into three pieces.”

Talk about a potentially sticky situation. What happens when fossilized feces is damaged? It’s carefully glued back together of course! This saw the turd reconstructed as if it were a Roman vase or Aztec plate.

With careful maintenance, it’s hoped the Lloyds Bank Coprolite will go on for many years to come. For the individual whose historic diet resulted in the artifact, it was simply a bodily function. Centuries on, experts are flushed with their success in discovering it.