There is one matter all parents agree on: sooner or later, every baby born must learn to manipulate cups or bottles and take a drink by themselves. Today, most folks call these “sippy cups” for toddlers or baby bottles for babies. Whatever the variation on the term — a mug-like container with a handle on both sides.

That enables the child to grasp and tilt it toward themselves without spilling the contents everywhere, usually all over the floor, and whichever parent happens to be close by. Mastering the use of the baby bottle and sippy cup is considered one of those milestones all parents hail, as it points to developing dexterity and advancing independence. 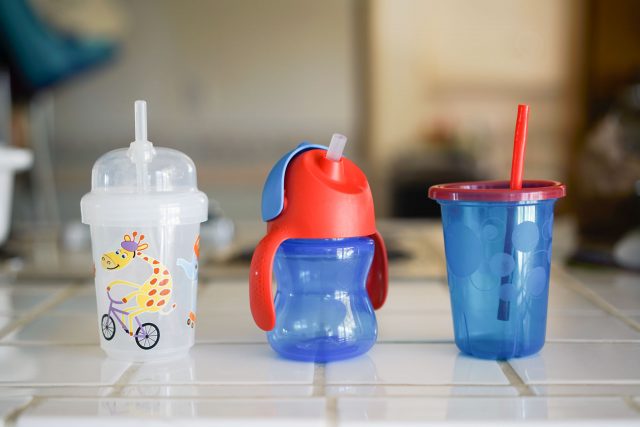 The sippy cup seems like a very modern invention, and in a way, it is –at least the one parents use today for their children is. In fact, it was invented only a few short decades ago by Richard Belanger, an American mechanical engineer who got tired of the day-in-day-out tasks of parenting.

In August, 2013, he told the New York Times, “I had no problem with diapers, but the spills drove me crazy.” Belanger tore apart some household plastic products and re-attached them into a prototype, which one of his son used for years. The family sold them to friends and family, and in the 1990s, Playtex, an American manufacturer of home products, struck a deal with Belanger to make and distribute them nationwide. And just like that, history was made.

Sure enough, the concept of the sippy cup isn’t a 20th century invention at all, as archaeologists have found what look like ancient takes on Belanger’s sippy cup all over Europe. A new study, the findings of which were recently published in the academic journal Nature, suggest that children have been fed animal milk in Iron and Bronze age “baby bottles”, in addition to or as a replacement for mother’s milk, as far back as 3-5,000 years.

Late Bronze Age baby bottles from Vienna, Oberleis, Vösendorf and Franzhausen-Kokoron (from left to right), dated to around 1200 to 800 BC. (Katharina Rebay-Salisbury)

At first, archaeologists weren’t entirely sure that the items they found in burial sites across the continent were, in fact, age-old versions of baby bottles. “It was looking at the context of graves that really confirmed that (these) were infant feeding vessels,” explained Julie Dunne, of the University of Bristol in the U.K. and co-author of the study. “This is really the first direct evidence of what infants are not just weaned on, but I’d say fed, as well. It’s quite likely that they were supplement with…animal milk.” 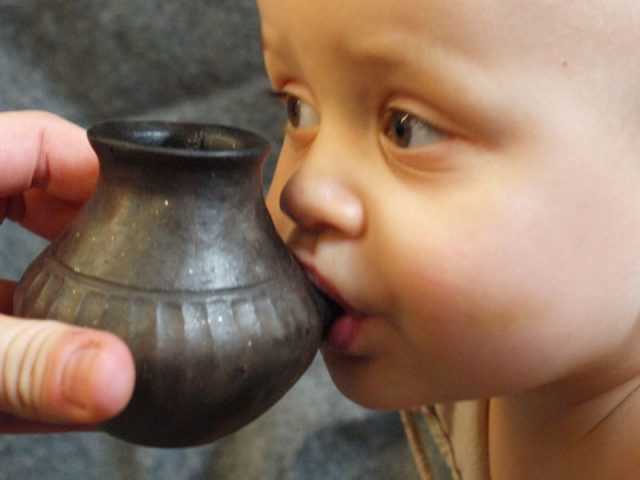 Modern baby feeding from a reconstructed bottle of the type found in the new study. (Helena Seidl da Fonseca)

The vessels date back as far as the Bronze and Iron Ages, and contained residue of animal protein. The whimsical shapes were intended to entertain the babies, Dunne suggested in an interview with smithsonian.com.

“The fact that they made some of them to look like animals is to make the children smile, isn’t it?” she proposed.

The cups studied by Dunne and her colleagues were found in Bavaria, but others have been found elsewhere in Europe. She hopes to discover much more about the times and lives in which these children lived, and precisely what they were fed if their mothers had, for example, passed away.

“There’s really a broad story here in feeding infants these sorts of foods,” Dunne continued. “Hunter-gatherer mothers would have fed infants quite a different diet. They didn’t have milk from domesticated animals available to them.”

While the children may have been fed remarkably different foods than what is available for babies today, one thing has remained the same for centuries. Parents have struggled since time immemorial to find ways to make their children smile, and ways to keep them from spilling their milk all over everything.