When Patrick Schmidt from California, wanted to turn around his life, he bought a school bus from the 1990s and decided to convert it into his new, off grid home. Schmidt, who goes by the pseudonym Skoliolove, purchased the bus for 4,500 USD in March this year,  and spent the next three months converting the bus into  “tiny dream home on wheels”, his father was there to help him.

Schmidt nicknamed the bus that was a previously owned by a church, “Big Blue,” he picked up the vehicle in Long Beach California and drove to Vegas where his parents live. 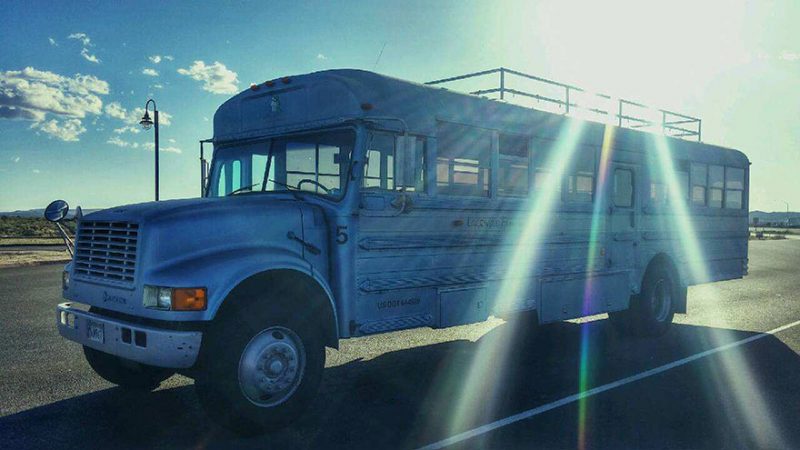 The father and son did the job all by themselves, sourcing mainly Home Depot and Amazon. 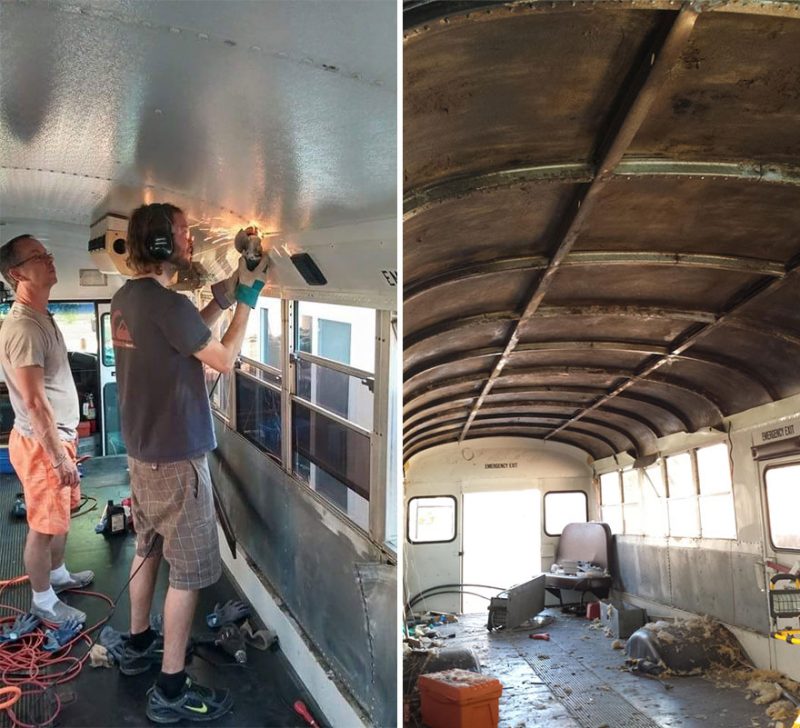 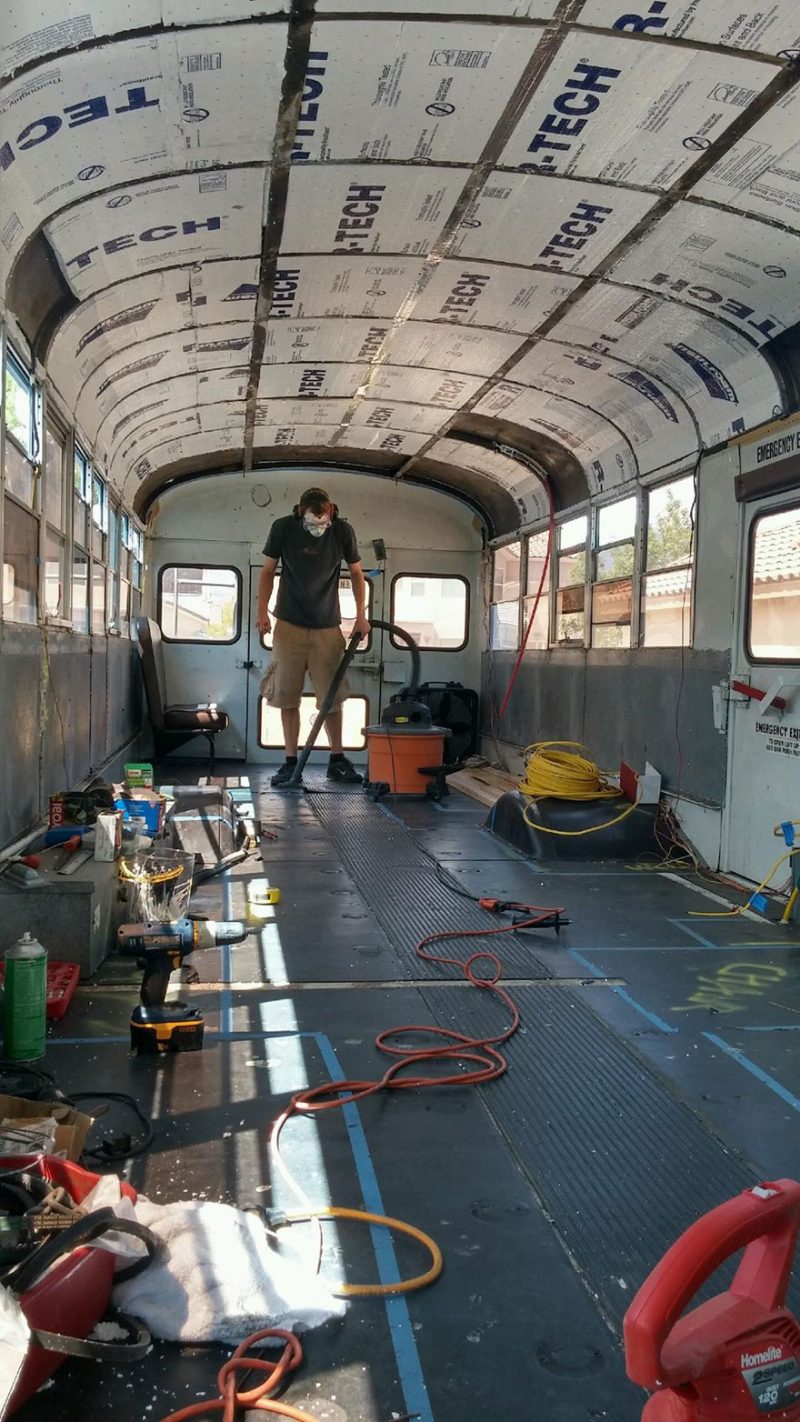 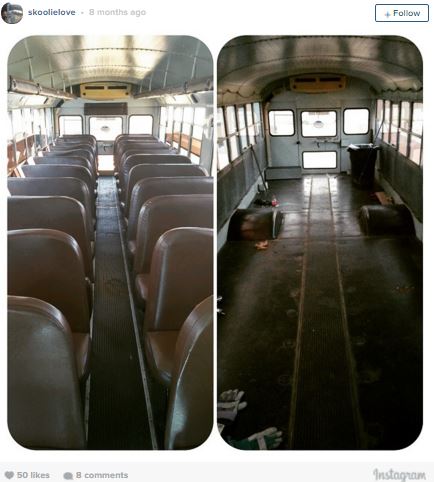 The transformation of the old bus into a cozy motor home  have cost him around 9,000 USD. Patrick’s main intention was to travel around U.S.A in his bus home, and traveled he did, alright. Since the bus was converted  in August, Shmidt and “Big Blue” covered nearly 10,000 miles through 30 states on the highways of U.S.A. He started the trip in Vegas, headed to California, then continued to Seatle. He drove the west coast for a while, visiting Fort Collins, Colorado and over to Buffalo New York. 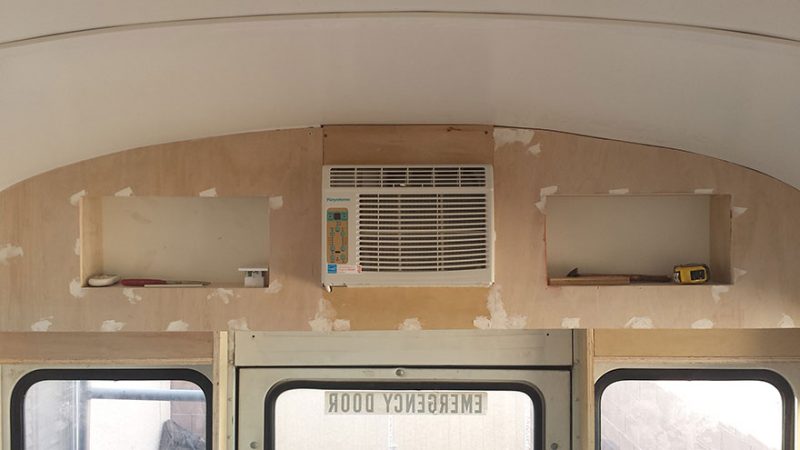 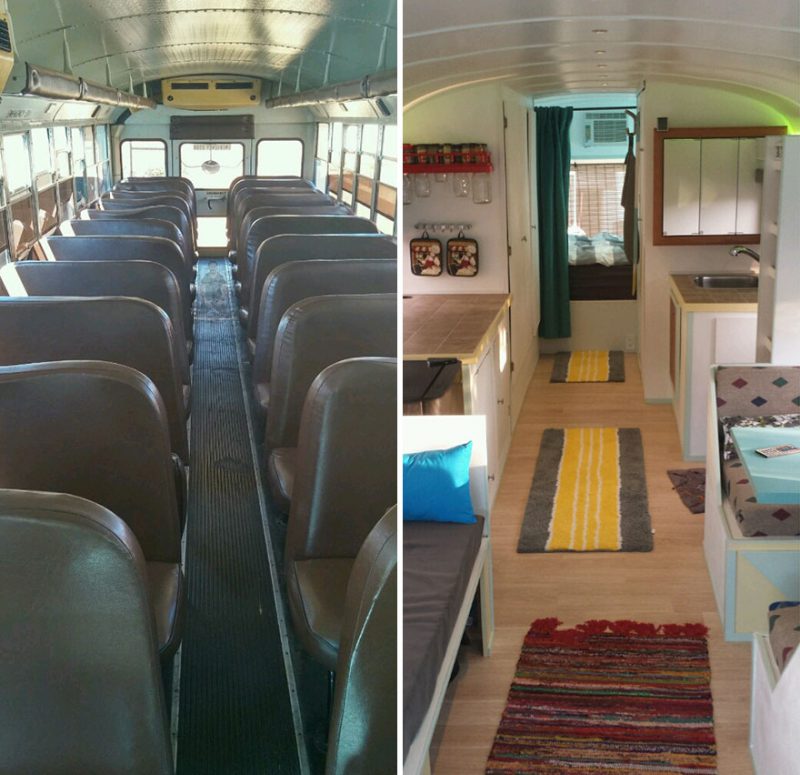 “My mom was right next to us, making sure we had plenty to eat, to drink and anything we needed. I love my parents so much,” wrote Patrick. 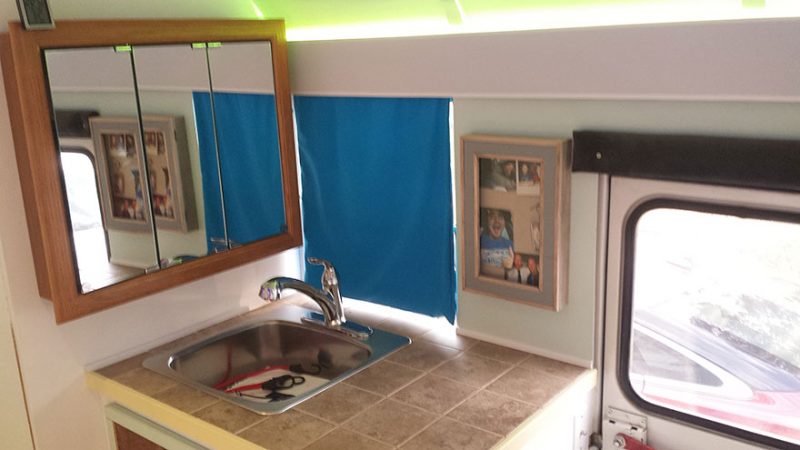 I celebrated in Rhode Island, as that was the last of the 50 states I needed to visit. It had been a goal of mine for the past few years, to see all of the 50 states. Done. Next! I then headed to Arkansas, and now my home is a driveway at a house in Ocala, Florida.” writes Shmidt on his site. 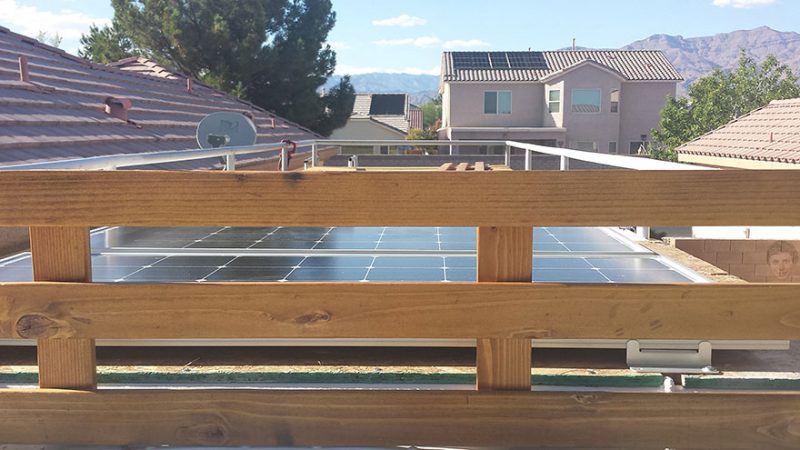 Off the grid home on wheels, is completely equipped with solar power, converters, inverters, batteries. According to Shmidt, he is now having a healthier and  much responsible lifestyle.

I ate a lot less meat. I stopped using plastic bags from grocery store purchases. Used less water and electricity than I would in a regular home. I do not have a television on the bus. I ate healthy, bus cooked meals.I hand washed most of my laundry. I listened to more music, and wrote more than ever in my life. I went wine tasting in the hills of Santa Barbara, hiked in the Rocky Mountains, met friends in Boston and ate home-made pizza and drank local beer, jammed out to Tom Petty at the Niagara Falls with my best friend. 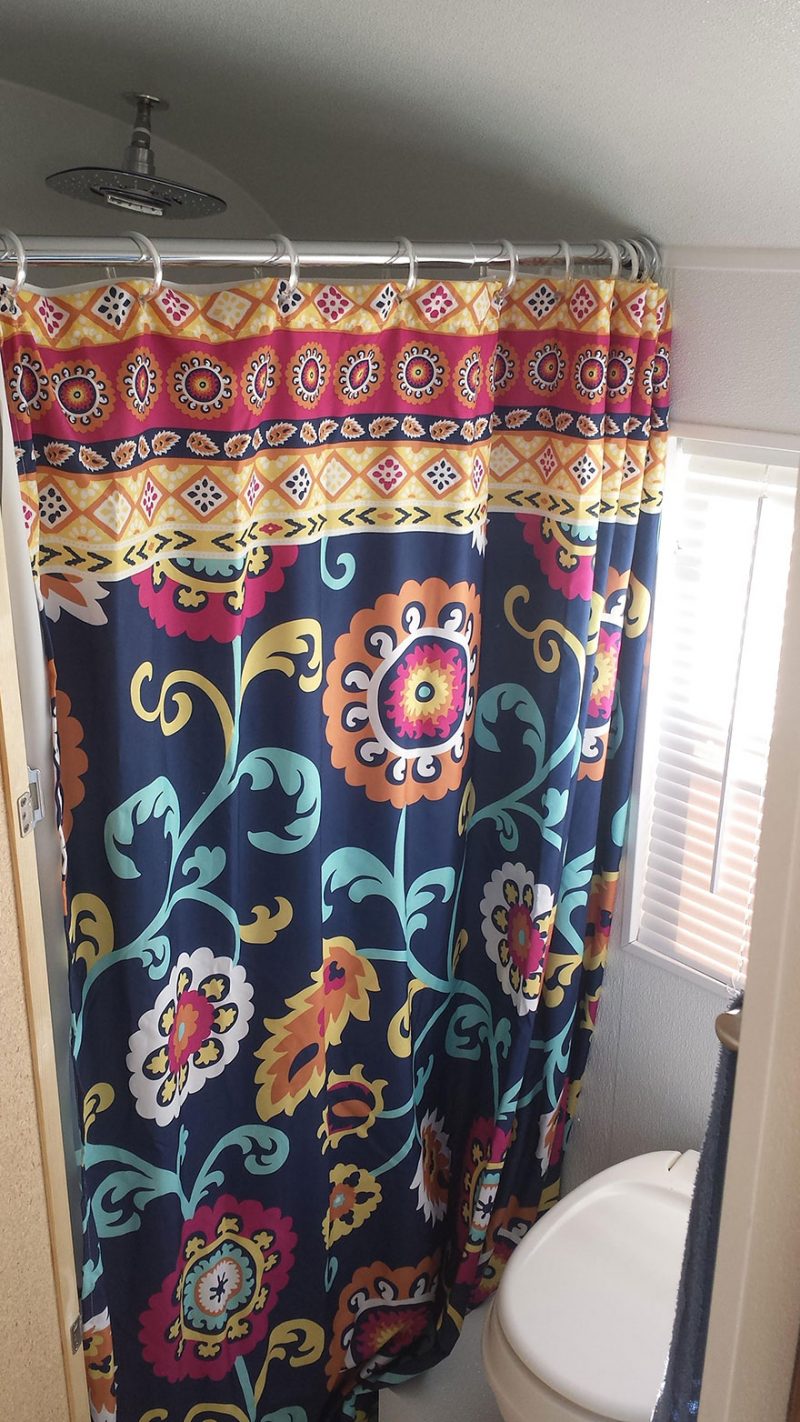 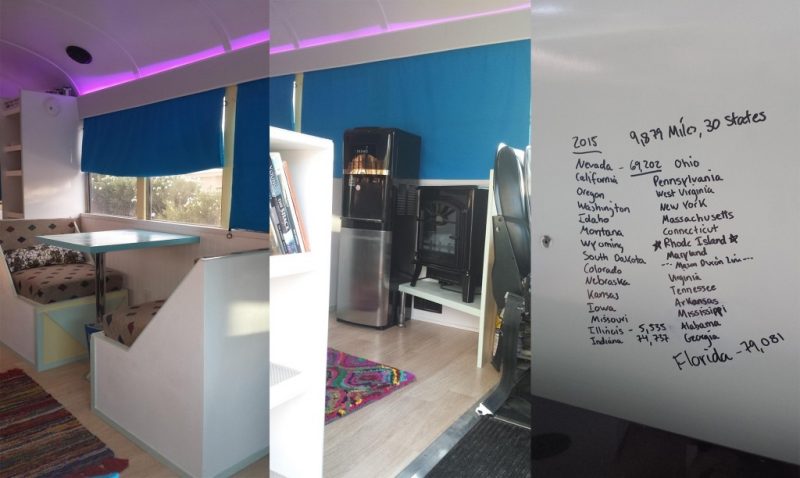 It’s the lifestyle that I want to live. I want to live fully on a bus, and make that my life. The road trip that I just took is over, now its on to living in a bus while parked. Figuring out how to make money, and function in society while  living in a small space.  Skoliolove writes on his site. 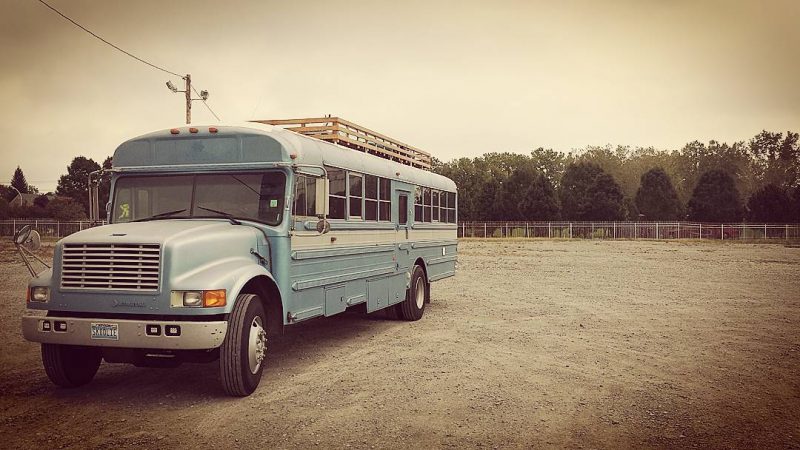 We have to admit, that we got a little bit of  jealous of Shmidt, he is really living the dreams. So hats off to Skooliolove and we hope he and Big Boy will encounter more exciting journeys and exotic adventures.