The trestles of Myra Canyon. An abandoned railway in Canada turned into a recreational trail.

The Myra Canyon trail in southern British Columbia, Canada represents a 9.6 km long section of the former Kettle Valley Railway. The section passes south of Kelowna on Okanagan Mountain. The terrain through wich the track passes is steep and mountainous. The engineers that designed the railroad had a difficult job; sixteen timber framed trestles, two steel bridges, and two tunnels were built to overpass the chasms and other obstructions on the way. Today, the track that was used for carrying necessities and goods, has a different purpose. It provides all kinds of modern-day adventures (hikers, bikers, climbers…) with many opportunities to enjoy their favourite activities.

The Kettle Valley Railway was constructed at the beginning of the 20th century. It was completed in 1915. The construction of this railway was necessary because of the growing silver mining interest in the Southern Interior region of British Columbia. Many American prospectors were attracted to Kootenay because of the silver that was discovered there. The region started developing very fast. Very soon, the prospectors started sending the precious ore and other commodities south of the border. Back then, the closest railroad was the Canadian Pacific Railway, but it was too far north and east of the Southern Interior and it wasn’t suitable for transporting the silver ore or supplies to this region. It was easier and cheaper for people to have their resources go trough the Northern Pacific Railway, through Spokane, Washington. 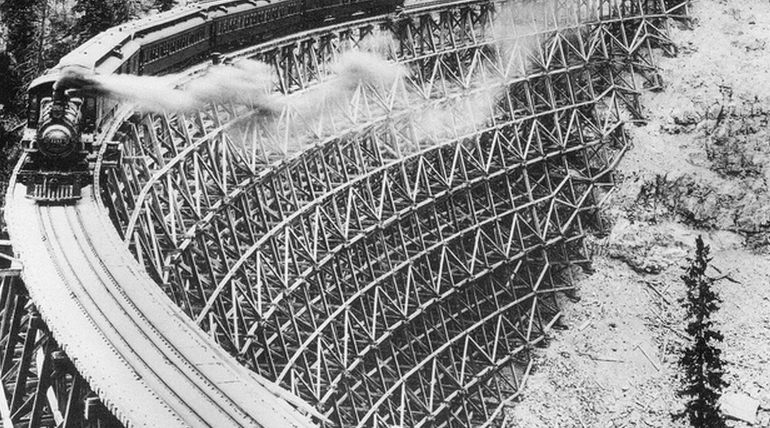 The lack of a proper railway was becoming a big political problem and it slowed down development. The officials came to an agreement that a new railway needs to be built, one that will connect  Kootenay with the rest of British Columbia. This new railway will preserve Canadian sovereignty of British Columbia, and to also retain the valuable mining revenues within Canada.

Everybody knew that the construction of this project won’t be easy because of the many mountain ranges between the mainline of the Canadian Pacific Railway and the mines of the Southern Interior. One of the most difficult segment for the workers and engineers was The Myra Canyon. In order to deal with the deep, steep and wide chasm of the canyon, the main engineer of the project, Andrew McCullogh, decided to attach the railway tracks to the sides of the canyon. Andrew McCullogh designed and built 19 wooden trestles that were different in length and height.  The part of the Kettle Valley Railway that passes through the Myra Canyon as considered as an astonishing engineering deed. Fellow engineers named it “McCulloch’s Wonder.”

After its opening in 1915, The Kettle Valley Railway used to carry passengers and freight trains up until the construction of the new Crowsnest Highway in 1949. The highway made the railway obsolete. The Railway continued to function a few years more. The last freight train ran in 1962 and the last passenger train used the track in 1964. The official closedown of the track happened in 1978 when it was declared as abandoned. 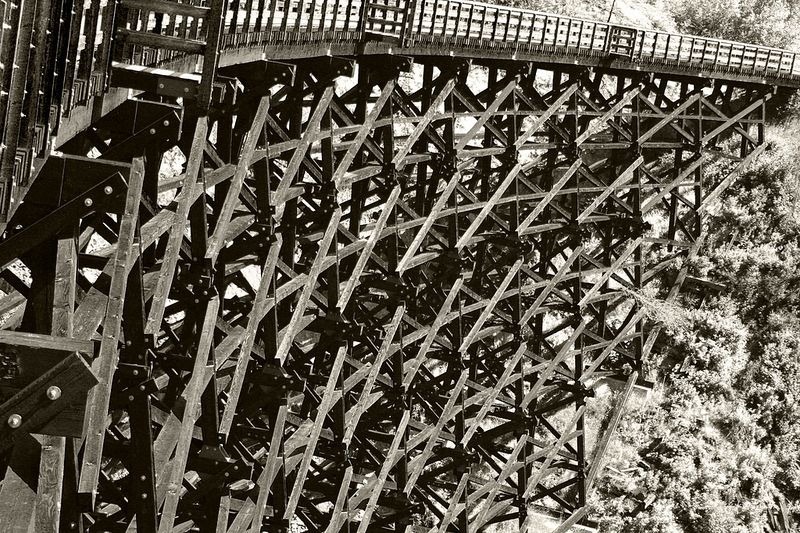 After 14 years, in 1992, the Myra Canyon Trestle Restoration Society was formed. The goal of this society was the preservation and protection of the wooden trestles, and making the trestles safer for the public. Luckily, the Myra Canyon segment of the railway wasn’t only useful for transport. This part of the railway offers amazing and beautiful scenery. This immediately attracted many hikers and cyclists and any other person that enjoys nature. Besides this, a 10-mile section of the track is still functioning, together with a genuine steam-powered train on it. Heaven for every train enthusiast. Since January 2002, The Myra Canyon is considered as a place of national historic significance. 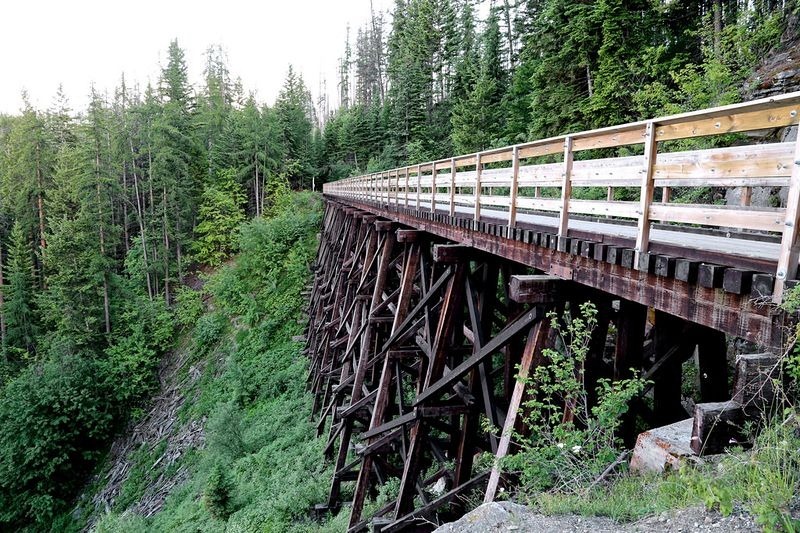 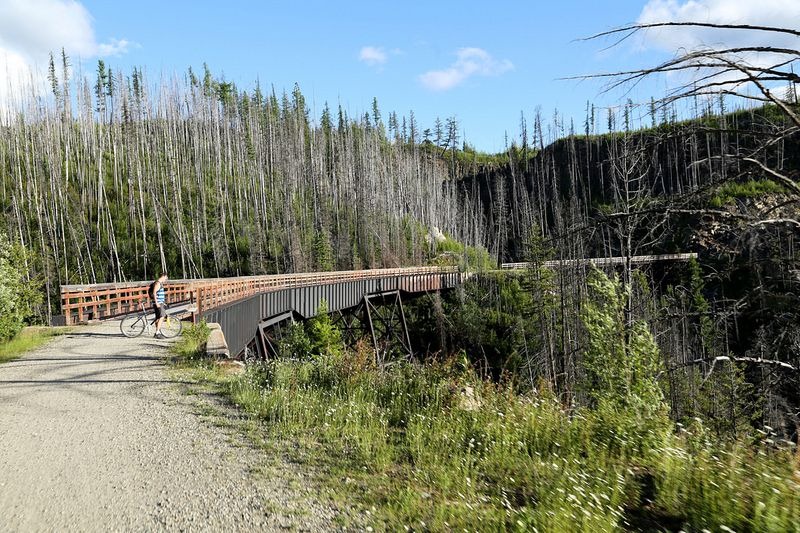 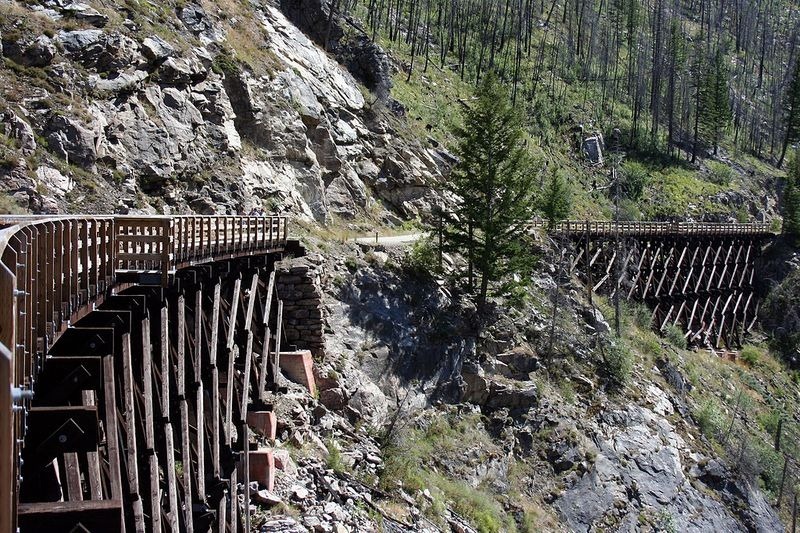 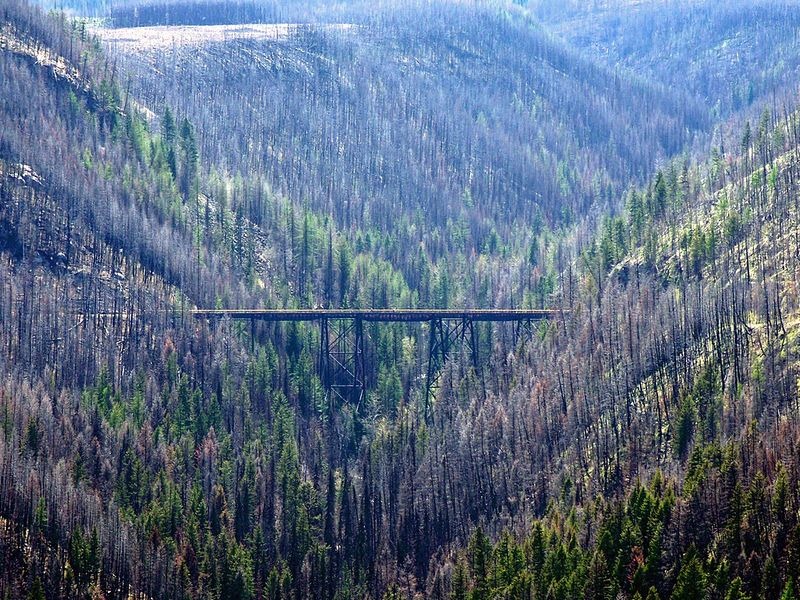 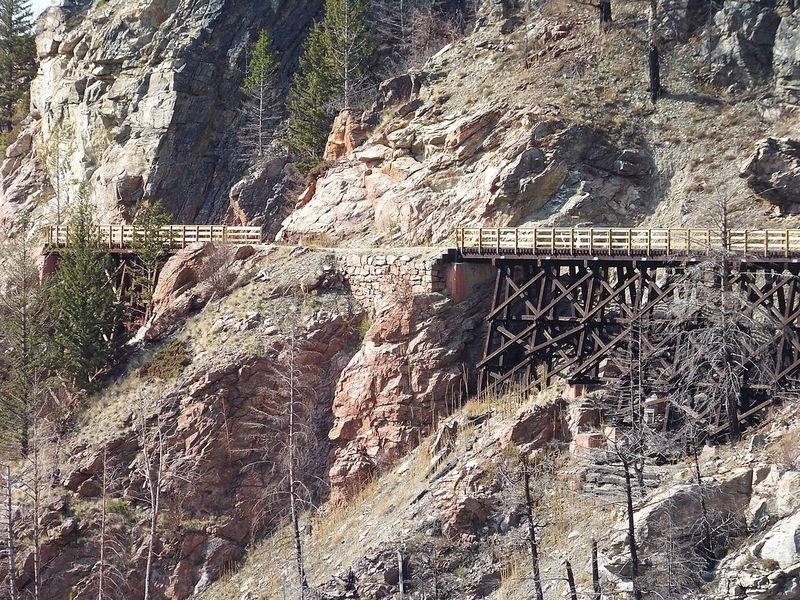 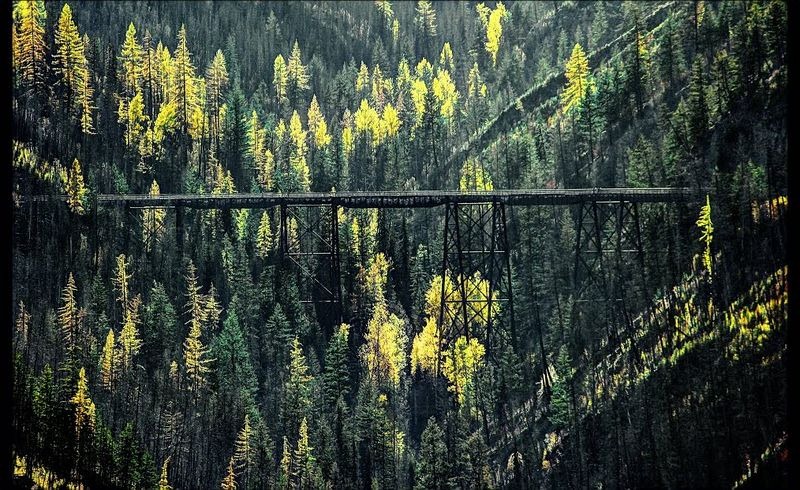 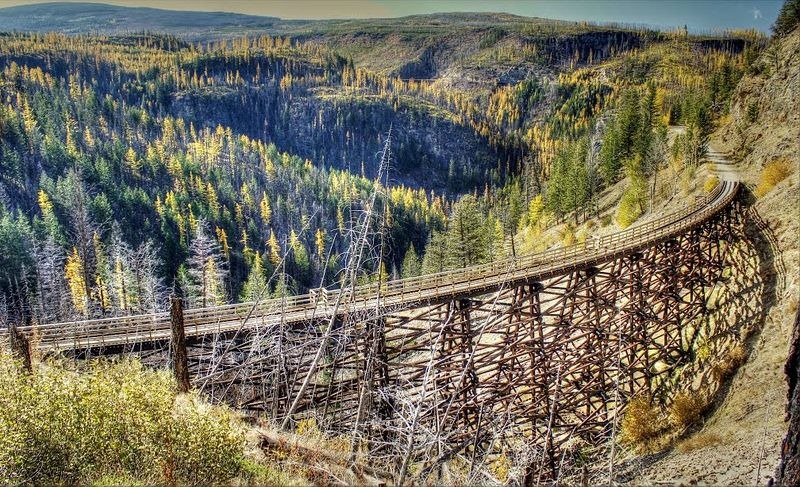 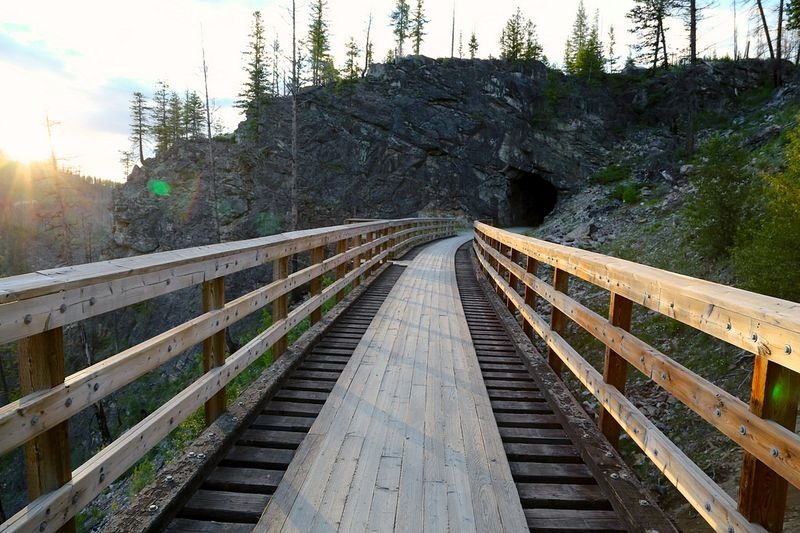