Just recently, Colombian spokesmen made the announcement that they believe they found the largest sunken ship with the most treasure any explorer has ever found.  The ship is believed to have sunk nearly 300 years ago.

President Manual Santos held a news conference and pointed out on a map approximately where the galleon was located.  However, he would not tell anyone of the ship’s coordinates just in case looters would attempt to find the site. All Santos would give for information is that the ship went down off the South American coast off of Colombia’s Baru peninsula just south of Cartagena.

No divers have been to the site yet, only underwater vehicles.  By using those underwater vehicles, divers captured photos of the dolphin-stamped bronze cannons which would reveal the name of the ship and avoid their having to personally go down there just yet.

The San Jose sunk three centuries ago on June 8, 1708.  There were nearly 600 people on board when it sank while trying to outrun a British warship.  The legend was that the galleon was carrying nearly 11 million gold coins and jewels from the Spanish-controlled colonies.  Today, all of that treasure is worth billions.

With the greatest salvage potential yet comes the legal battles as to who owns the treasure and the ship’s remains.  Maritime experts worldwide call this find the holy grail of Spanish colonial shipwrecks.  Currently, the legal battles are between the United States, Colombia, and Spain. 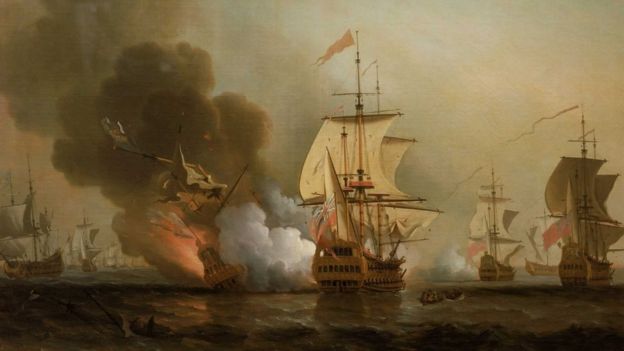 The San Jose was sunk during heavy fighting with the British in 1708 off the coast of Cartagena. National Maritime Museum

In 1982, the Sea Search Armada, which was a salvage company owned by United States investors, had announced that they believed they had found the San Jose 700 feet below the water’s surface. Two years after the discovery, Colombia’s government overturned a maritime law that gives 50% to whoever found the wreckage.  This new law slashed Sea Searches take to a 5% finder’s fee, and resulted in a lawsuit by the American investors who were part of Sea Search.  The case was taken to federal court in Washington and was dismissed in 2011.  This ruling was then affirmed on an appeal two years later. 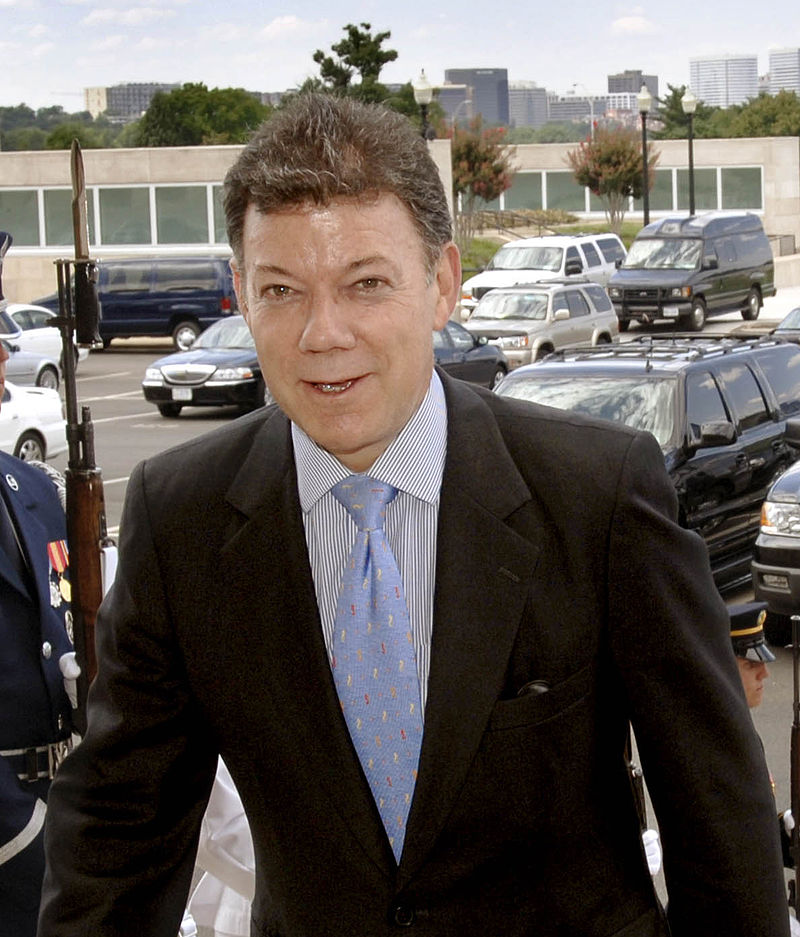 Due to the legal mess in the 1980s, Colombia’s Supreme Court is looking to recover the San Jose before the international legal suits are settled.  During Santos’ conference, he never mentioned whether or not any companies were interested in funding the salvation process.  Surprisingly, the ship had been found in November 2015 and this is the first time anyone has heard that the ship was discovered.  Santos gave praise to those finding the ship with the use of the new meteorological and underwater mapping equipment.

One of Sea Search’s representatives, Danilo Devis, said that this wreckage could be hiding nearly 10 billion dollars.  He was ecstatic about it and couldn’t wait until the treasure was brought up to be examined.  But Devis was especially unhappy when the Colombian Government took credit for the find, since Sea Search found it nearly three decades ago.  Although the coordinates and area that Sea Search gave could be somewhat off, it was generally the same area, which should result in the find being credited to the company. 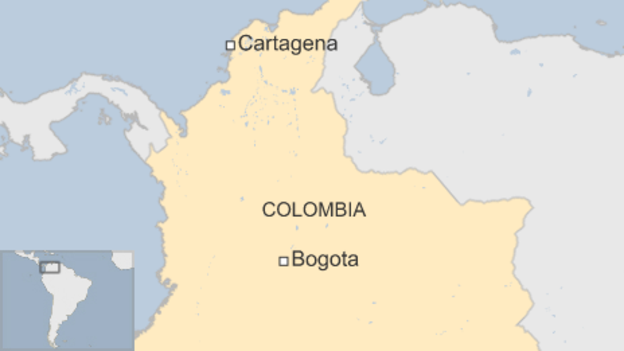 Devis had told one of Colombia’s newspapers that the government may have found it (again) but he claimed that Colombia finding it just reconfirms that Sea Search’s divers and experts were there first.

Santos had said at the conference that if Colombia decided to recover the ship it would take years.  However, he claimed that it is not about the treasure, but protecting the “national patrimony.” During Santos’ presentation, he showed the viewers an underwater video from their discovery.  In the footage, there were jewels and cannons, showing that it is true there is a load of treasure. It also showed the work of English-speaking crew members who had helped with launching the underwater equipment during the discovery process.

« Nova Scotia Shipwreck Suggests that the Romans were Actually First to Visit North America
Bodie, California- What was once a Booming Gold Town of the Wild West, now is an eerie town of ghosts »