One can get lost and stranded anywhere, but nothing’s like the Atacama desert in South America. Composed of endless valleys filled with nothing but sand, low hills and rocky dunes for miles and miles in every direction, the Atacama Desert in northern Chile is the driest non-polar desert and the most desolate place on Earth.

The scorched moonscape and Mars-like terrain, suggests an artificial humongous movie set of over 128,000 square kilometers, solely built to shoot the expedition to Mars. In spite the fact that the Atacama resembles the Red Planet, not many movies were shot here. And there is a strong reason why that’s the case. 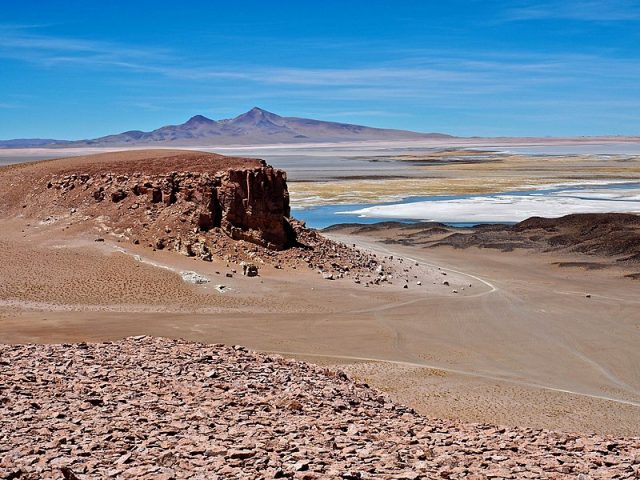 The Atacama desert in Chile. Photo by Wescottm CC by SA-4.0 « Kola Superdeep Borehole: The deepest man-made hole in the world
DNA tests of remains believed to be that of a yeti, also called the Abominable Snowman, turned out not to be an ape »